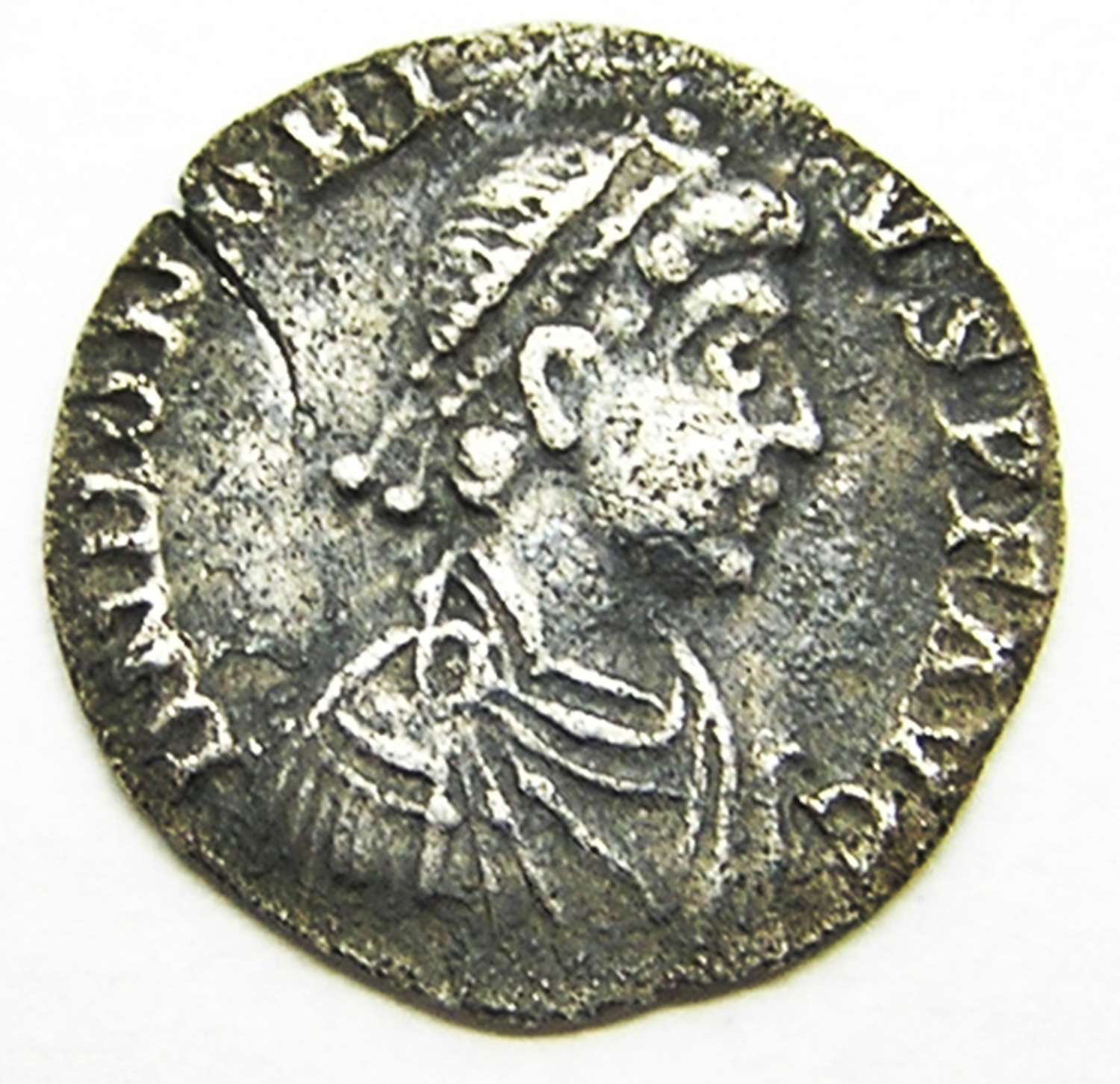 Reverse: VOT V MVLT X "vows (prayers) on the Fifth anniversary (of the emperor's rule), and for his (anticipated) Tenth anniversary" in four lines within the wreath 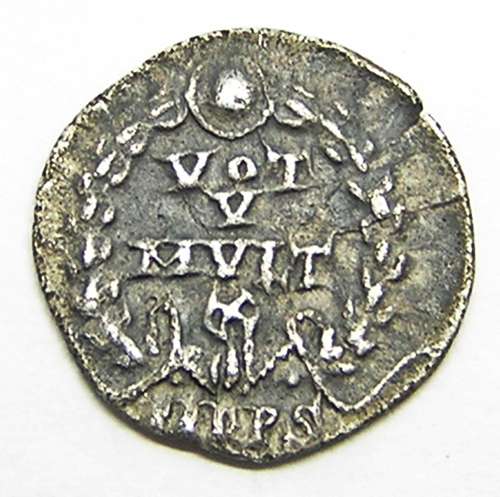