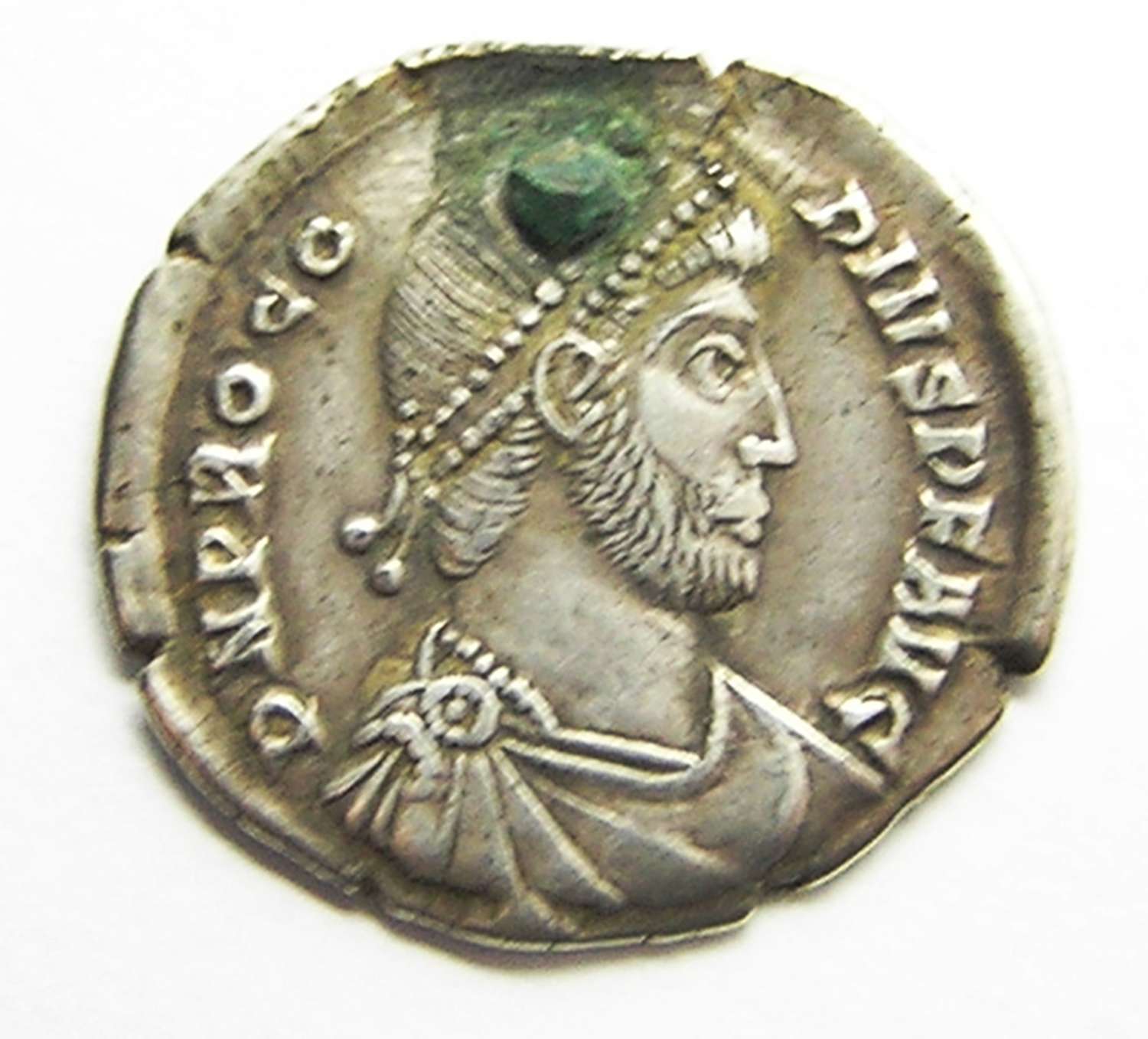 This is an ancient Roman silver Siliqua of emperor Procopius, dating from 26 September 365 - 27 May 366 AD

This coin was minted at Constantinople (Istanbul, Turkey), mintmark C.B The B stands for (beta) or the 2nd Officina at the Constantinople mint. This emperor only lasted for 9 months and this is a very rare coin. It has been pierced and plugged in antiquity with a copper rod presumably as a decorative rivet? 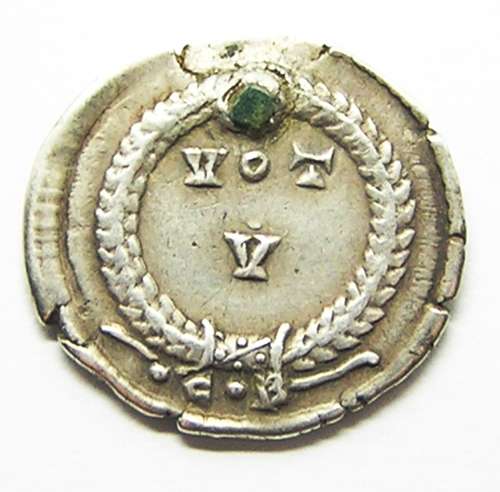 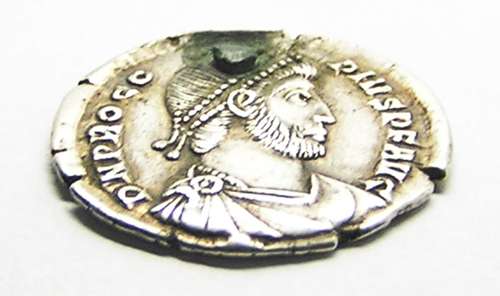 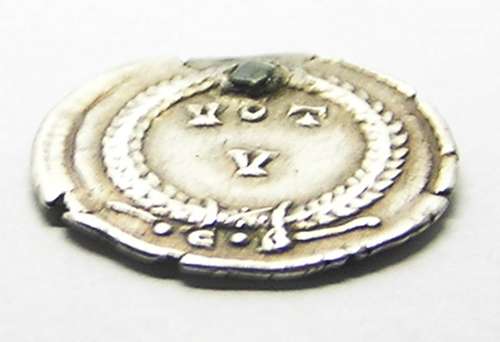