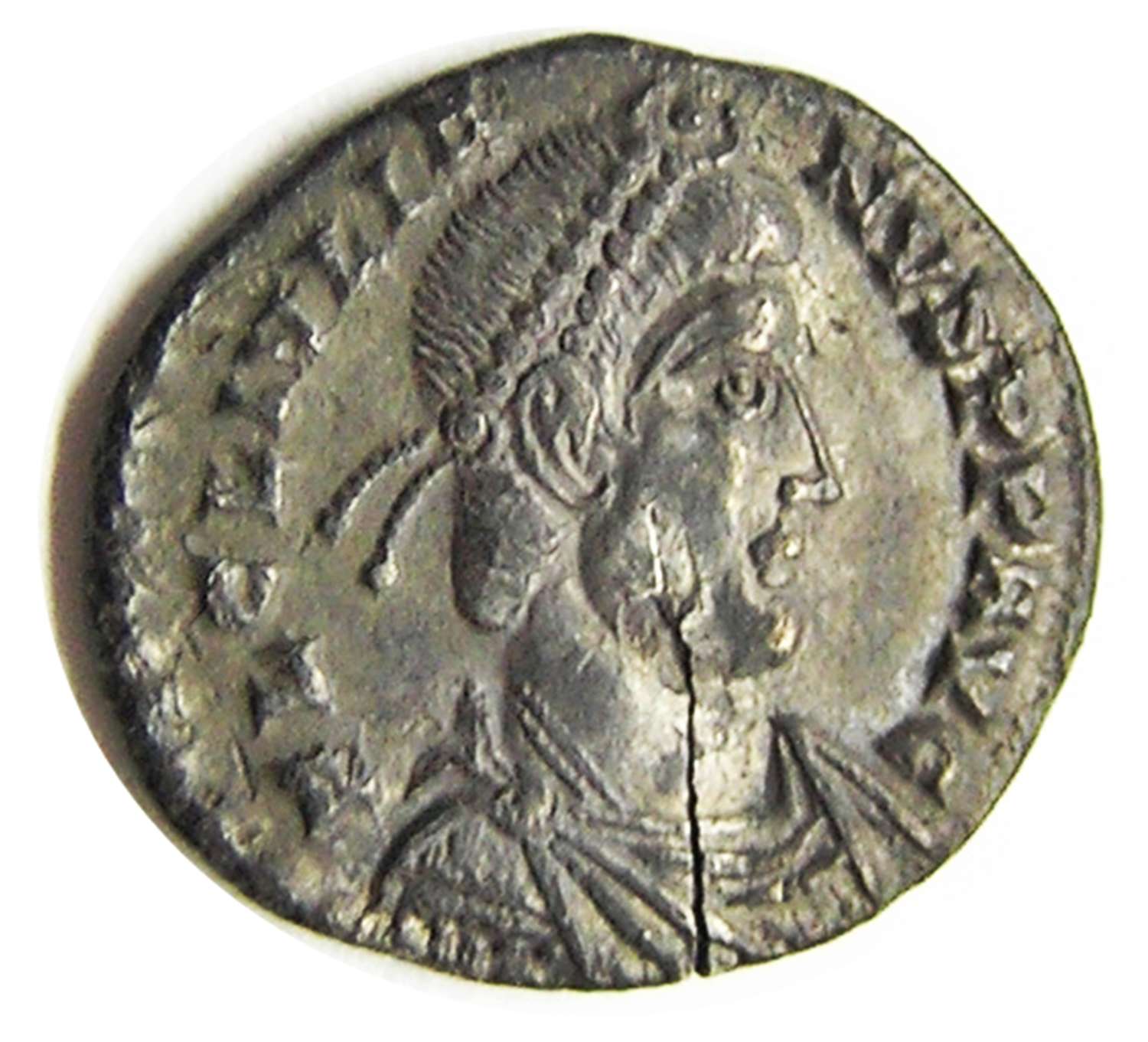 This is an ancient Roman silver Siliqua, of emperor Julian II, dating to 360 - 363 A.D. This coin is in at least EF condition, but with the ubiquitous striking crack.

This coin was minted at Lugdunum (Lyons in France) mint mark LVG. It had travelled across the English Channel, being discovered by a metal detectorist in Somerset. 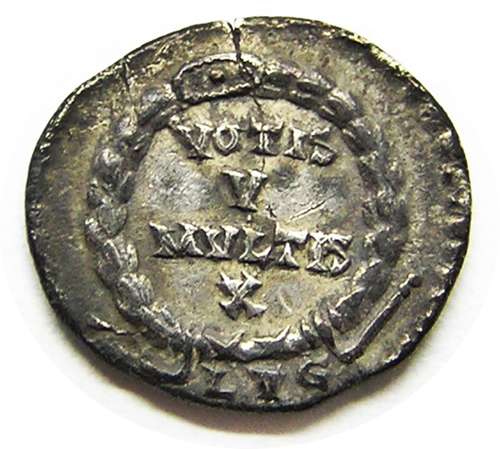 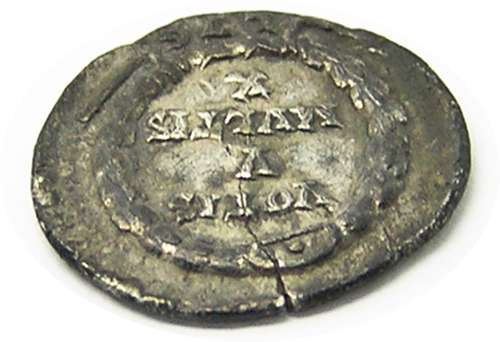