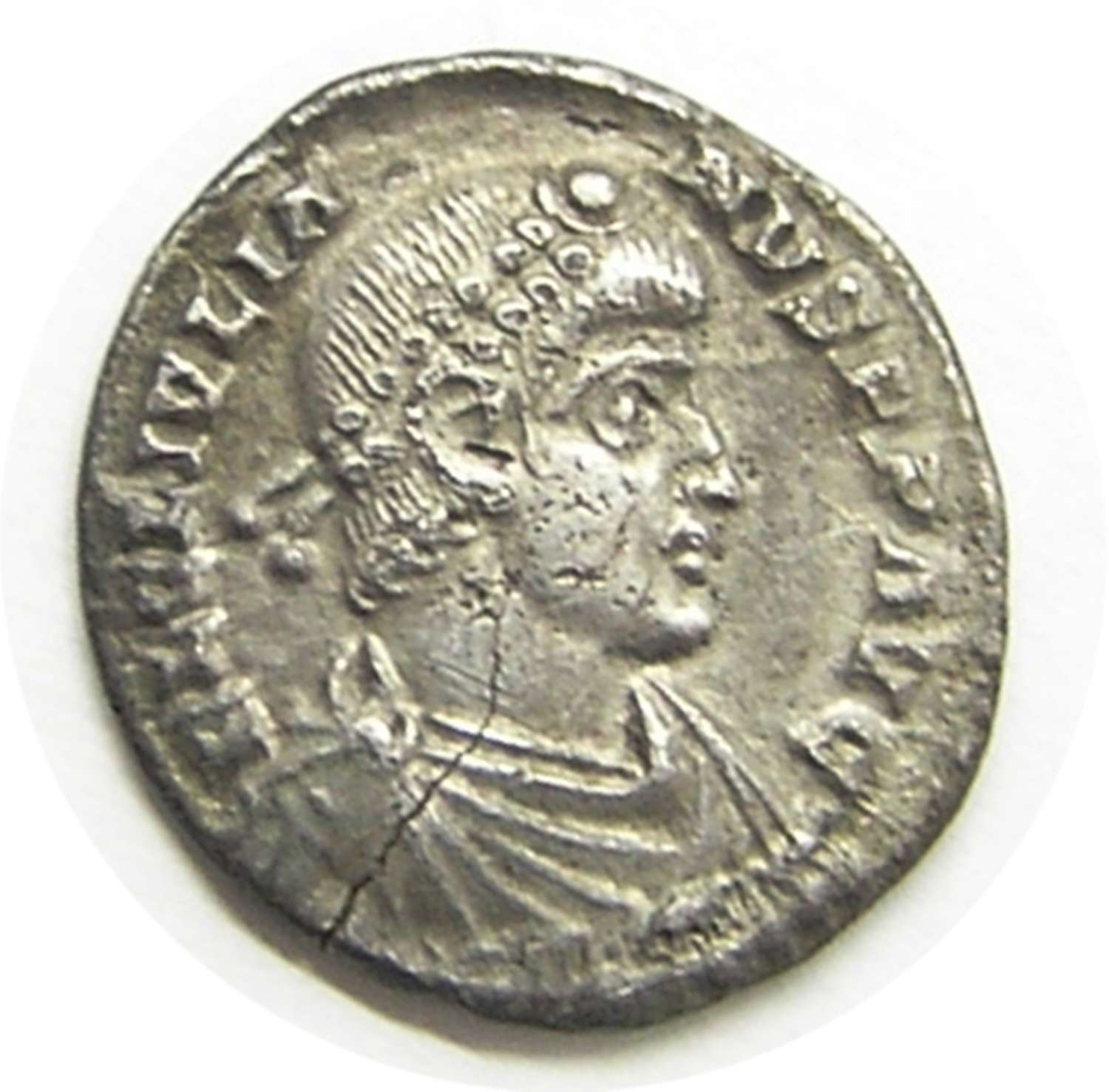 This coin was minted at Lugdunum (Lyons in France) mint mark LVG. It had travelled across the English Channel, being discovered by a metal detectorist in Essex. 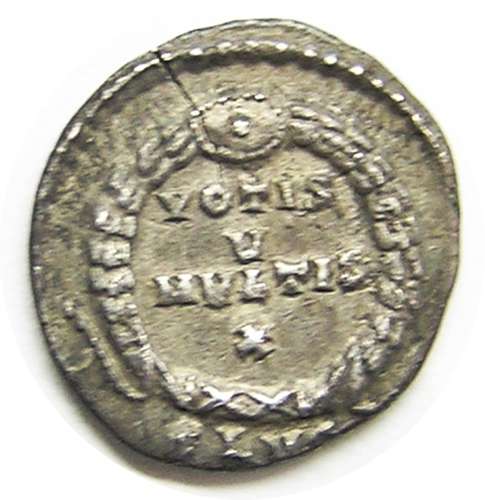 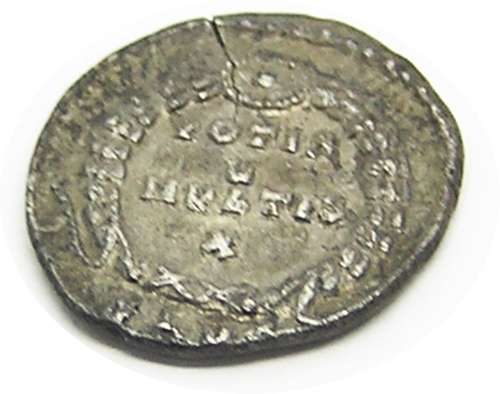