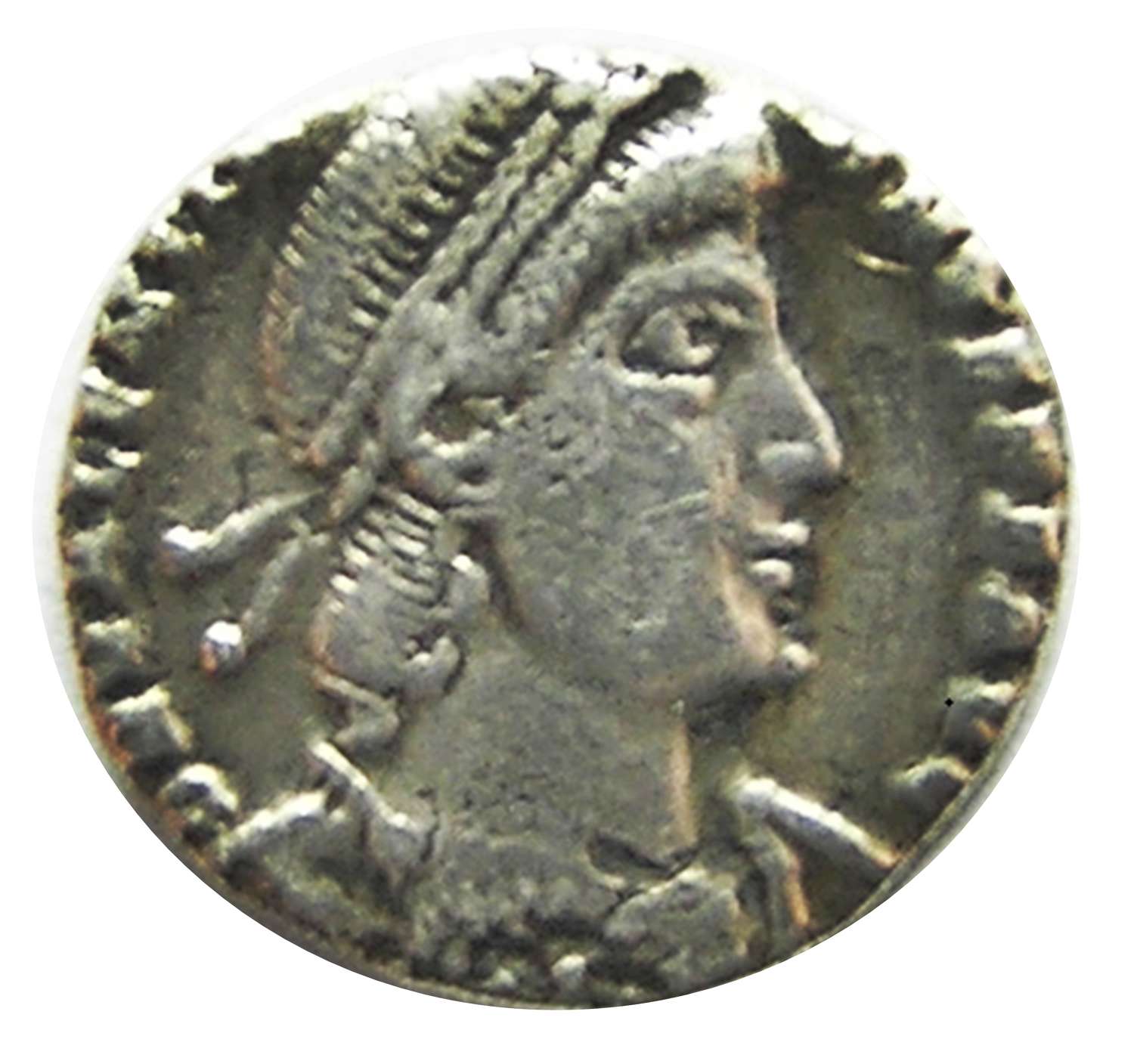 This is an ancient Roman silver Siliqua of emperor Valentinian, dating to 367 - 375 AD.

Reverse: VOT V MV dot LT X "vows (prayers) on the fifth anniversary (of the emperor's rule), and for his (anticipated) tenth anniversary" in four lines within the wreath.

This coin was minted in Rome (Italy), mintmark RT for Roma Tertia) (or 3rd Officina). It had travelled across the English Channel, being discovered by a metal detectorist in Hampshire. A similar example was found at Thorpe Audlin recorded as SWYOR-1F3193. 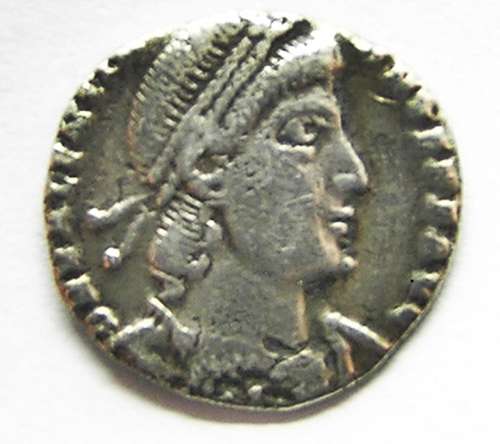 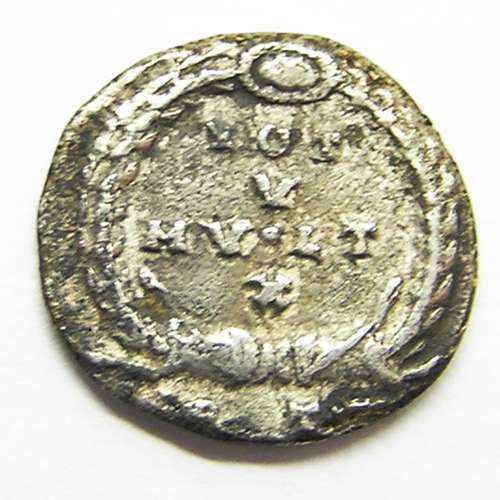 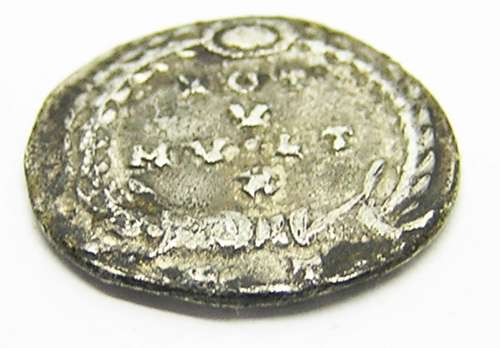