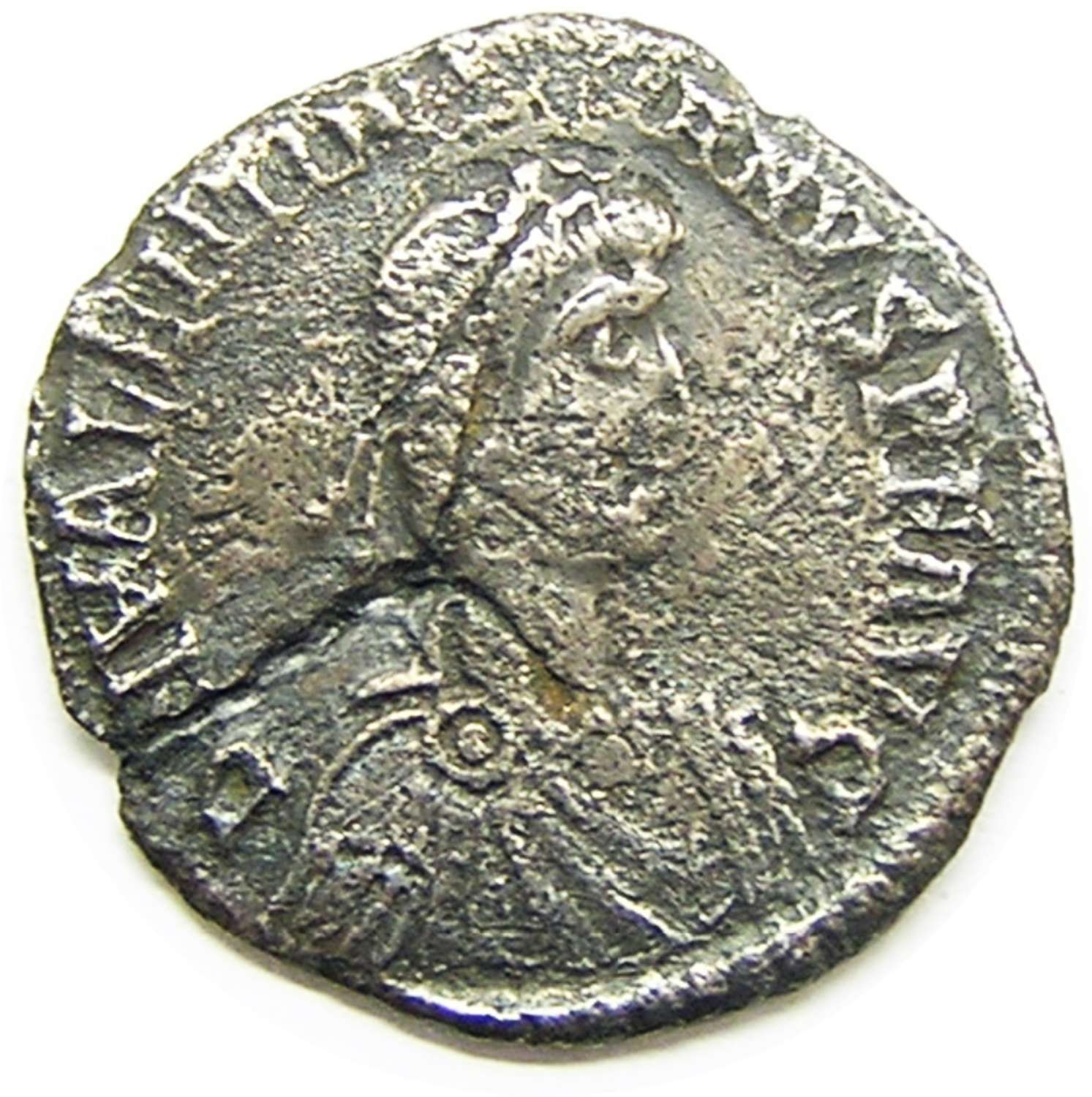 This is a rare ancient Roman silver Miliarense of emperor Valentinian II struck between 388 - 392 A.D.

Reverse: VIRTVS-EXERCITVS "Courage of the Army" Emperor standing left, holding standard in the right hand and resting left on shield

This coin was struck at the Lyons mint, bearing a LVGPS mintmark (for Lyons in France) having travelled to Somerset
(England) where it was discovered by a metal detectorist.

This coin bears the ubiquitous striking crack and appears to have seen some considerable circulation. A rare coin! 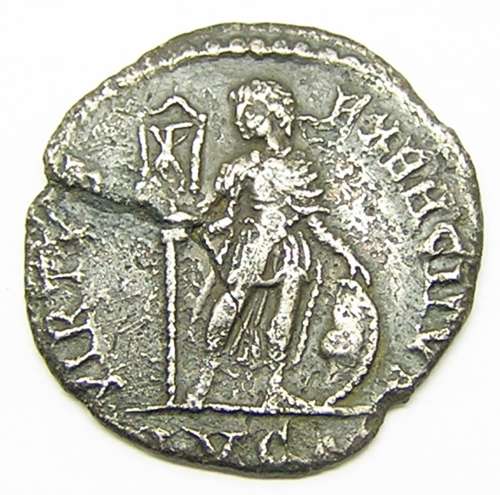 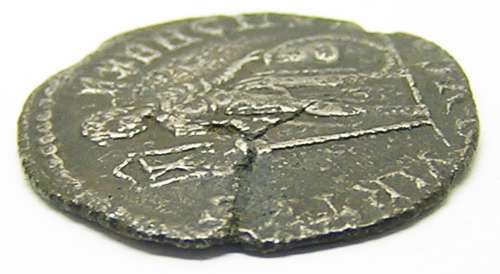