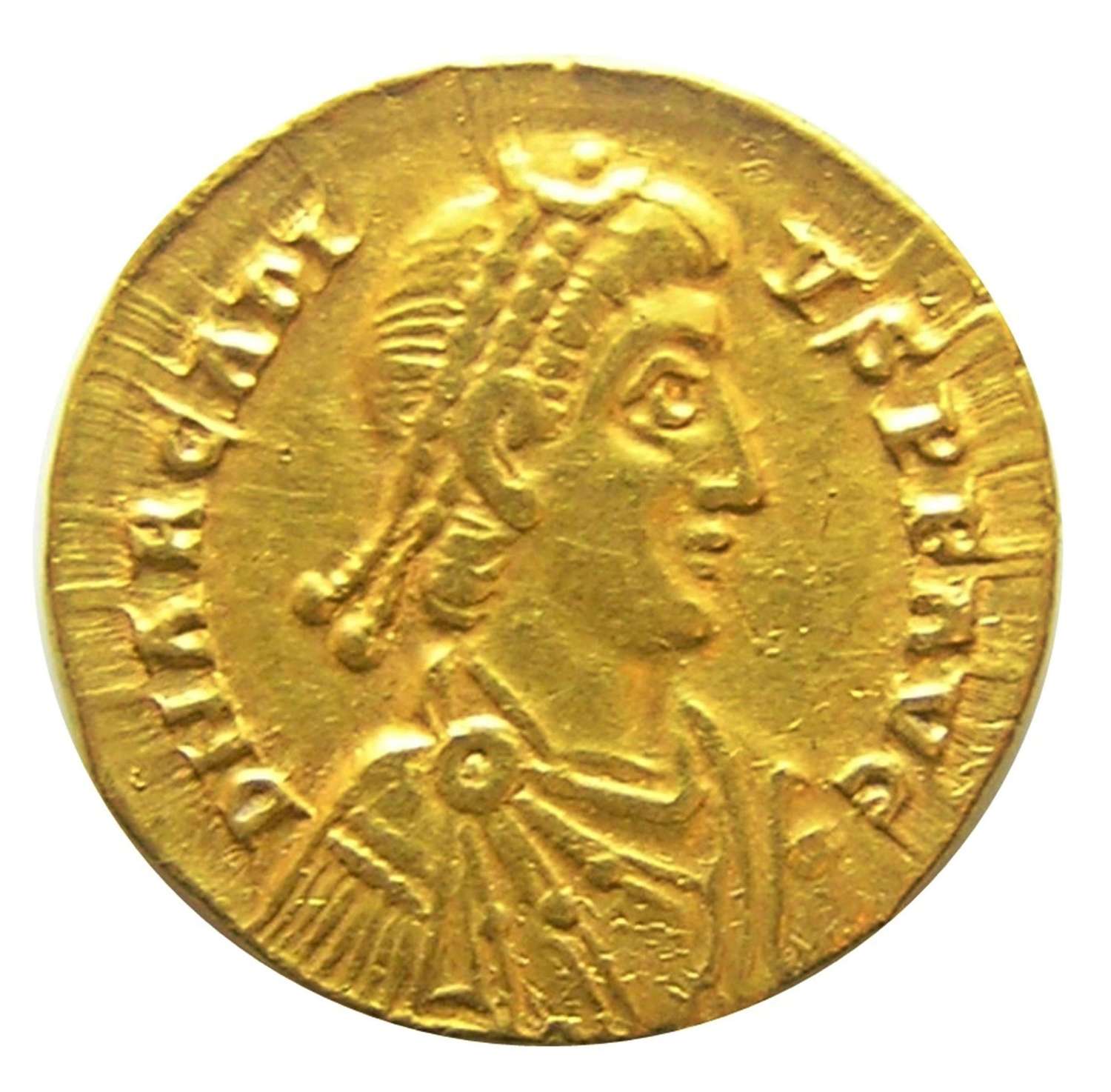 This is an ancient Roman gold solidus of emperor Arcadius dating to 394 - 408 A.D.

Reverse: VICTORI AAVGGG "To the Victory of the Emperors" Arcadius standing right, foot on captive, holding standard and Victory who crowns him.  M.D. either side for Milan and  COM OB in ex. *

*The moneta comitatensis was the imperial court mint that followed the emperor.  A special mintmark COM for comitatus (or COMT.M) Most coins signed by the comitatensian mint also bear a supplementary abbreviation referring to the name of the town where the coin was actually struck in this case in Milan. The OB refers to pure gold - so it would read as "pure gold of the Imperial Court" (COMOB) 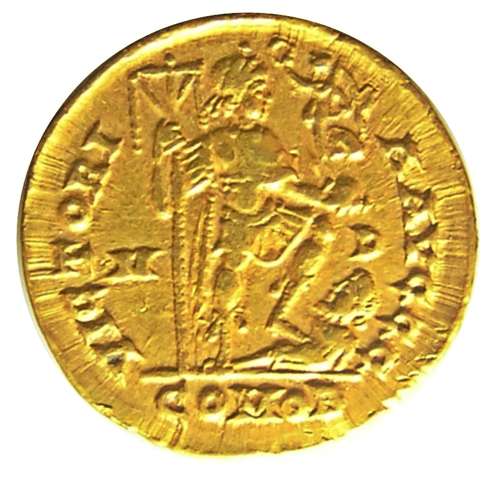