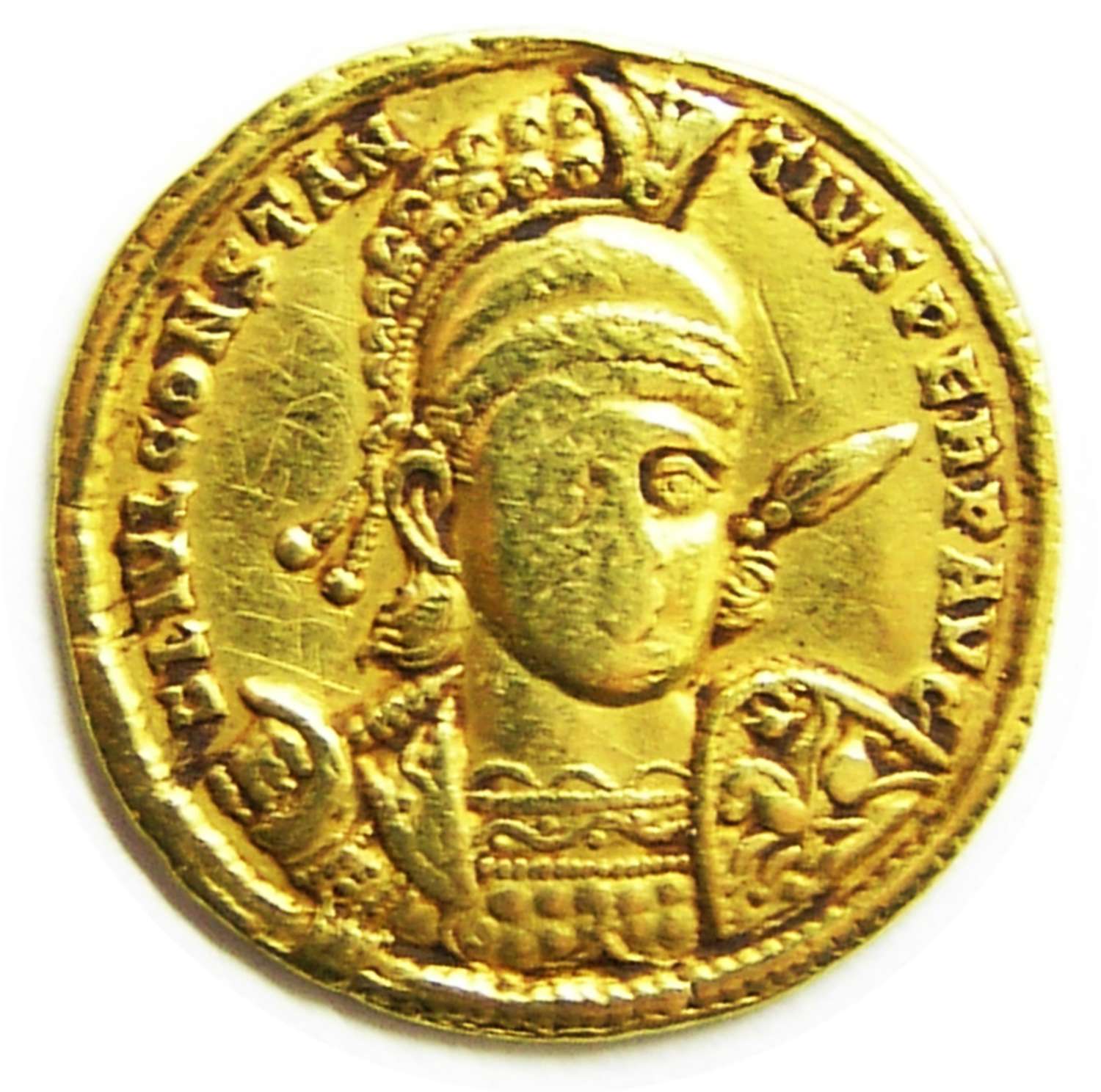 This is an ancient Roman gold Solidus of emperor Constantius II who reigned from 337 - 361 AD.

This coin was struck at the Sirmium mint (SIRM), It bears the Officina mark of a star in crescent. 'BBFDDD-E-X' graffito on the obverse (most undertone), otherwise, nearly very fine.

The armoured three-quarter facing bust type seen on this solidus was an innovation by Constantius II that became an archetype for Late Roman and Byzantine coinage struck at Eastern mints. Later die engravers took less care to produce a distinctive portrait, however, and from the later fourth century forward the imperial busts became generic and virtually interchangeable.

PROVENANCE: Formerly in a private collection, Amsterdam. The Netherlands. 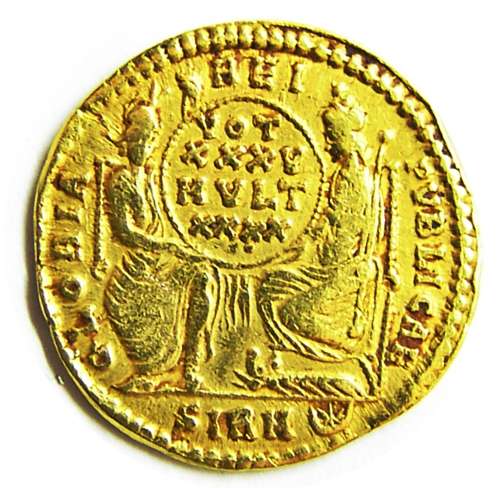 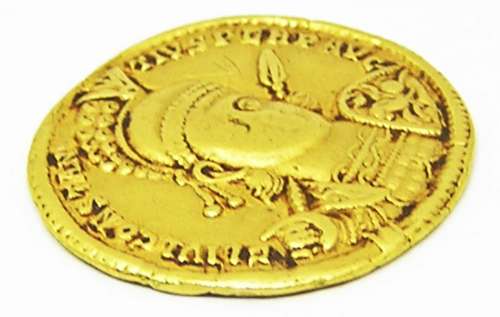 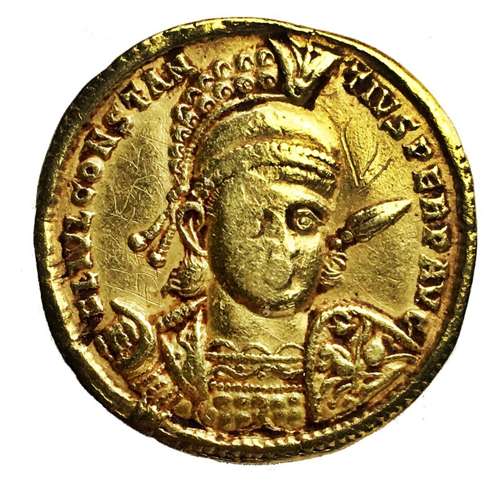 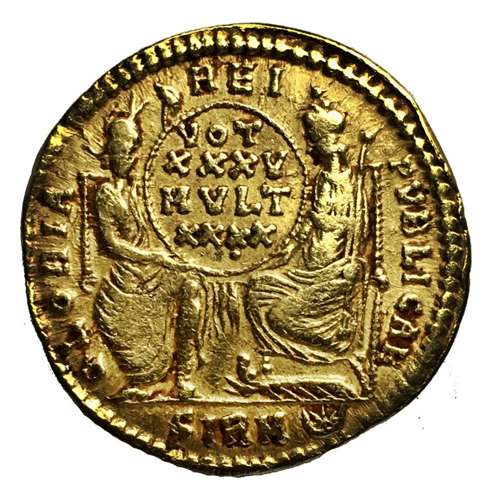