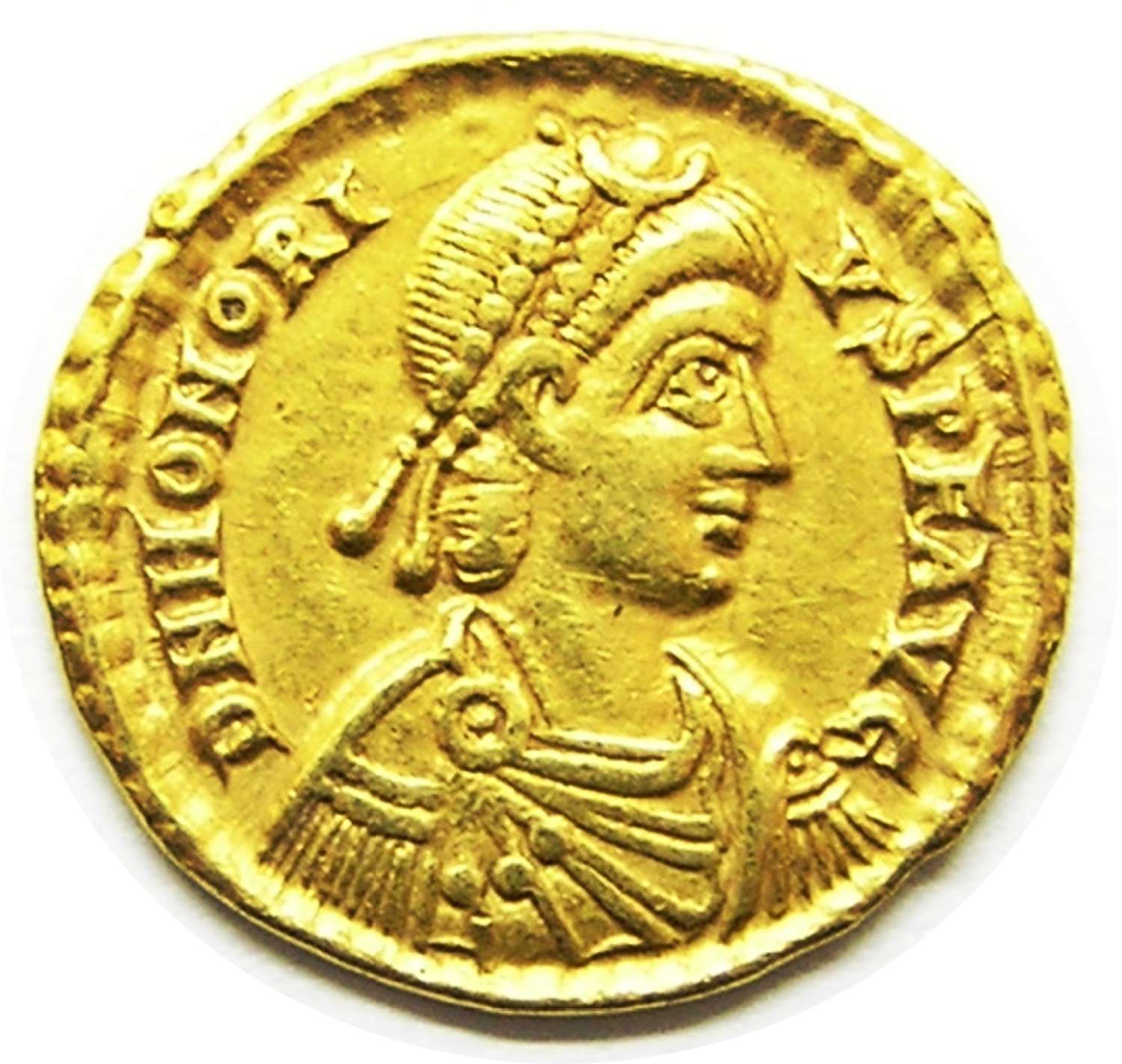 This is an ancient Roman gold Solidus of emperor Honorius dating to 393 - 423 AD.

Reverse: VICTORI-A AVGGG, "To the Victory of the Emperors" Honorius standing right, holding plain standard and Victory on globe, captive at foot. R.V. either side for Ravenna and  COM OB in exurge*

*The moneta comitatensis was the imperial court mint that followed the emperor.  A special mintmark COM for comitatus (or COMT.M) Most coins signed by the comitatensian mint also bear a supplementary abbreviation referring to the name of the town where the coin was actually struck in this case in Ravenna. The OB refers to pure gold - so it would read as "pure gold of the Imperial Court" (COMOB) 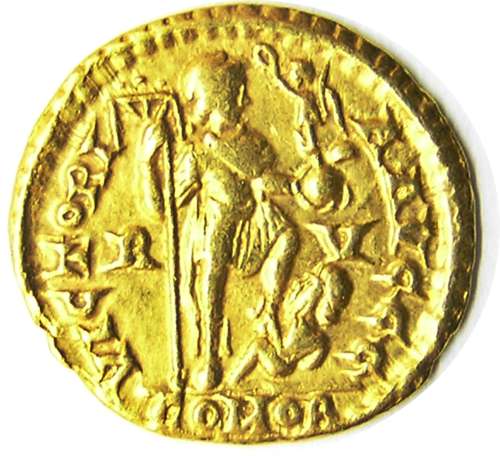 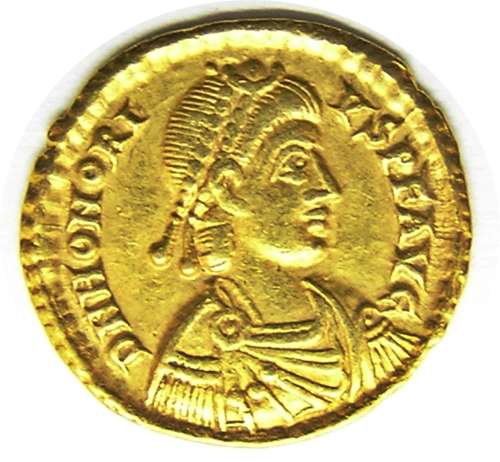 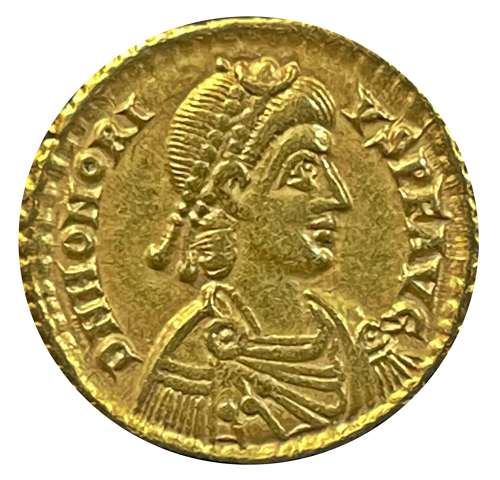 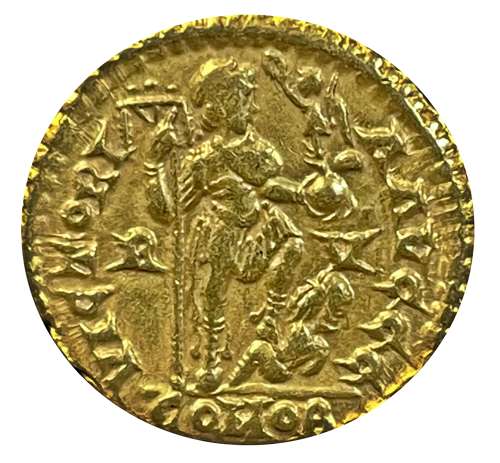