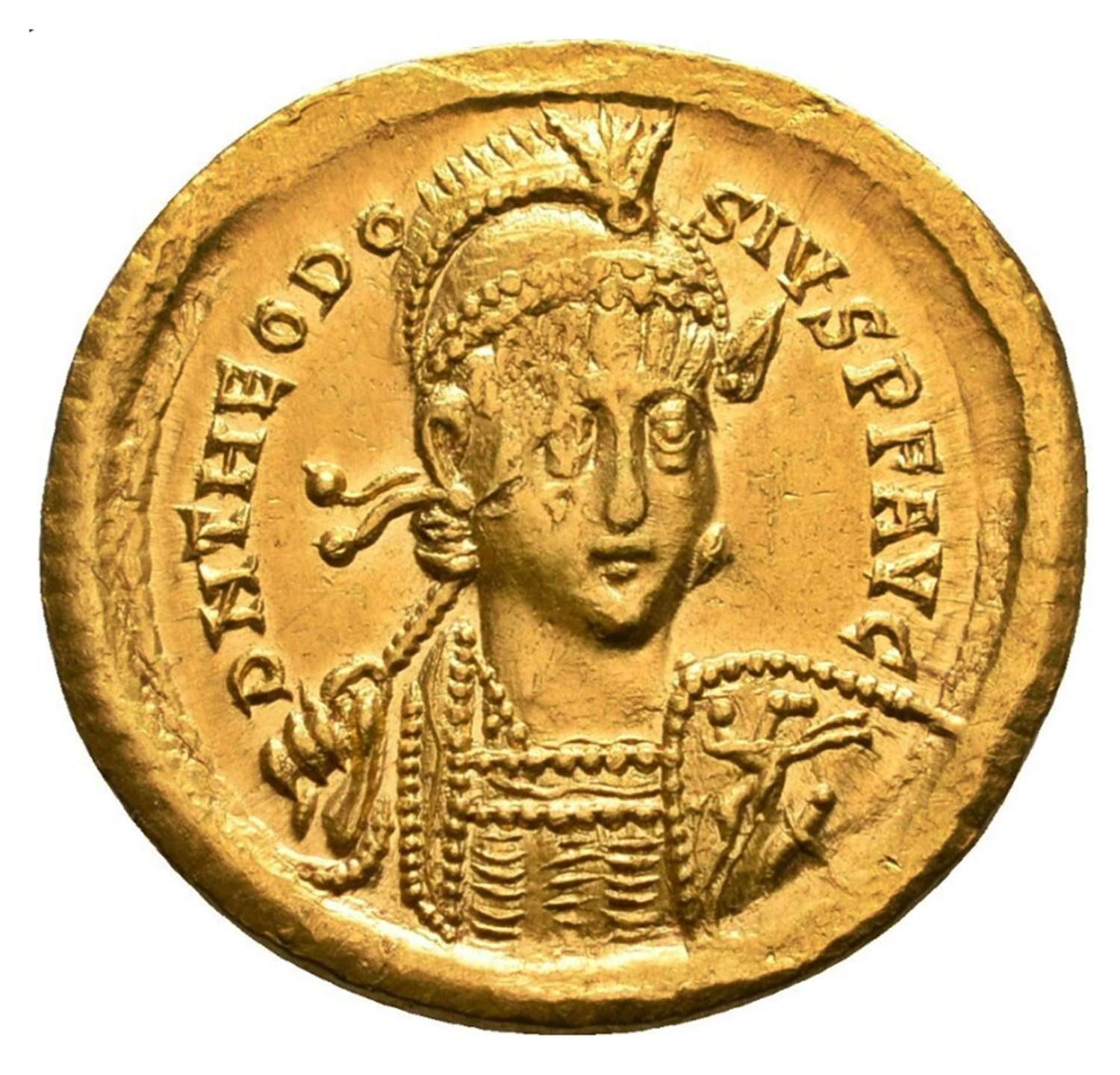 Reverse: CONCORDIA AVGG, "Harmony of the Emperors" Constantinopolis enthroned left, her left foot resting on a prow of a ship, holding a globus cruciger and a sceptre, a star on right.

Theodosius was born in 401 as the only son of Emperor Arcadius and his wife Aelia Eudoxia. On 10 January 402 he was proclaimed co-Augustus by his father, thus becoming the youngest person ever to bear this title in Roman history. In 408, his father died and the seven-year-old boy became emperor of the Eastern half of the Roman Empire. This coin clearly shows a young emperor in his early teens. A nice example in about EF condition. 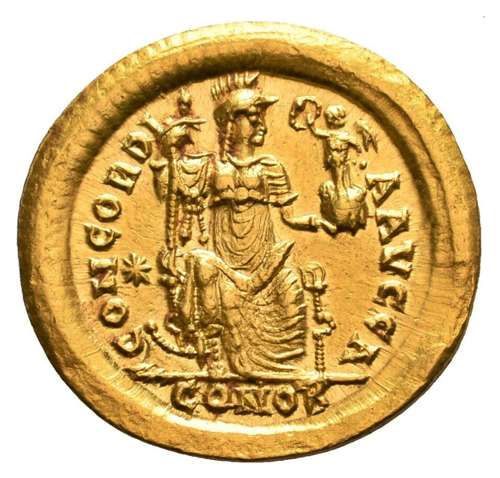