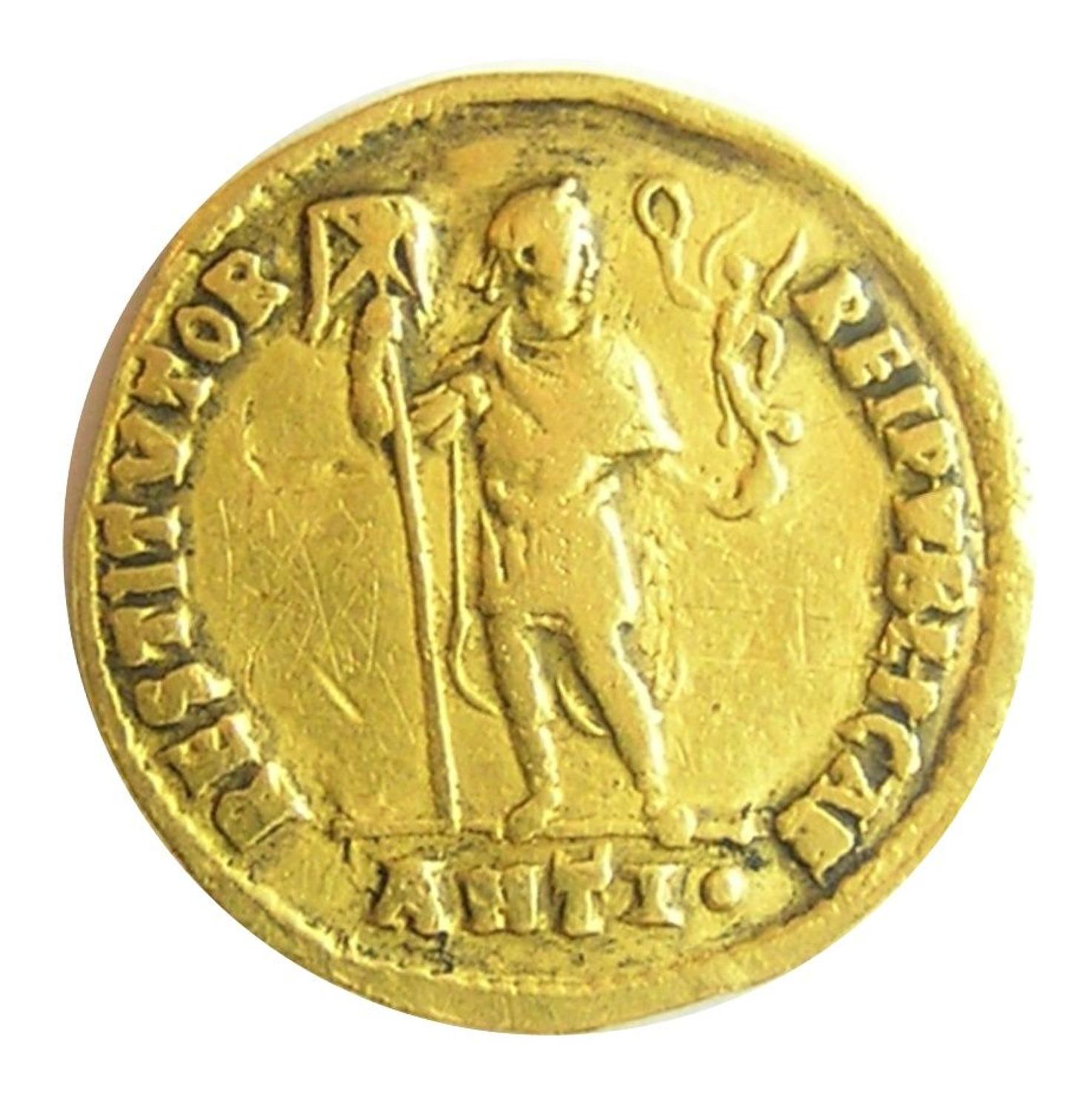 This is an ancient Roman gold Solidus of emperor Valens, dating to 366 - 367 AD

This coin was struck at the Antioch mint, between 366-367 AD mint mark ANTI dot. This coin has evidently seen circulation and exhibits consistent wear. It is still a nice excavated coin found in France. 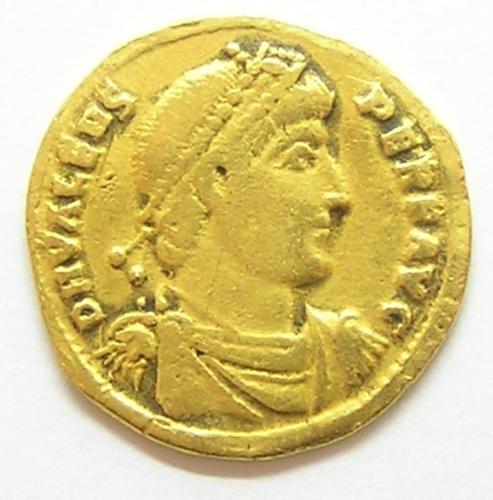 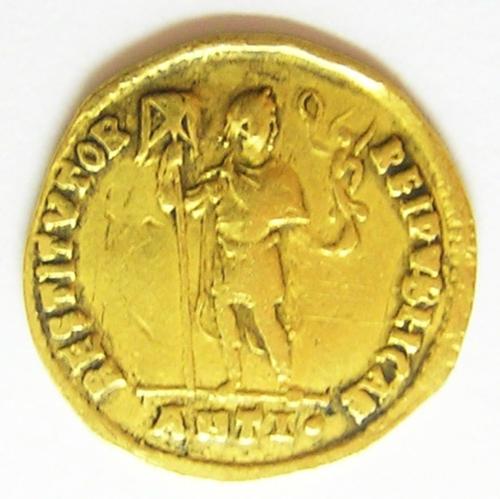 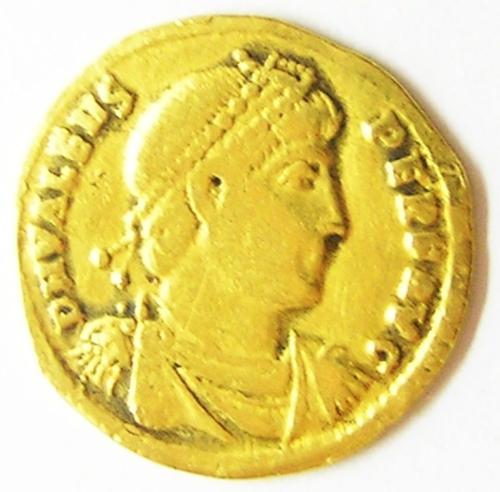 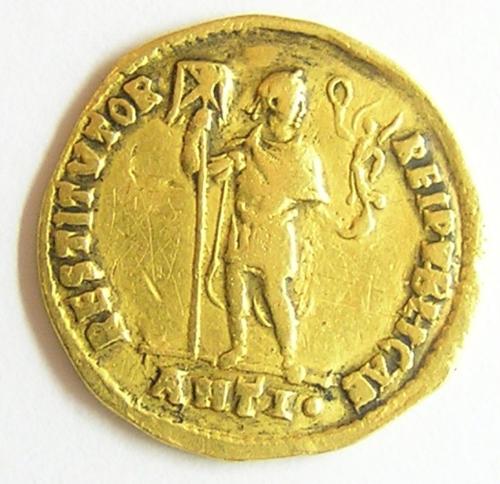