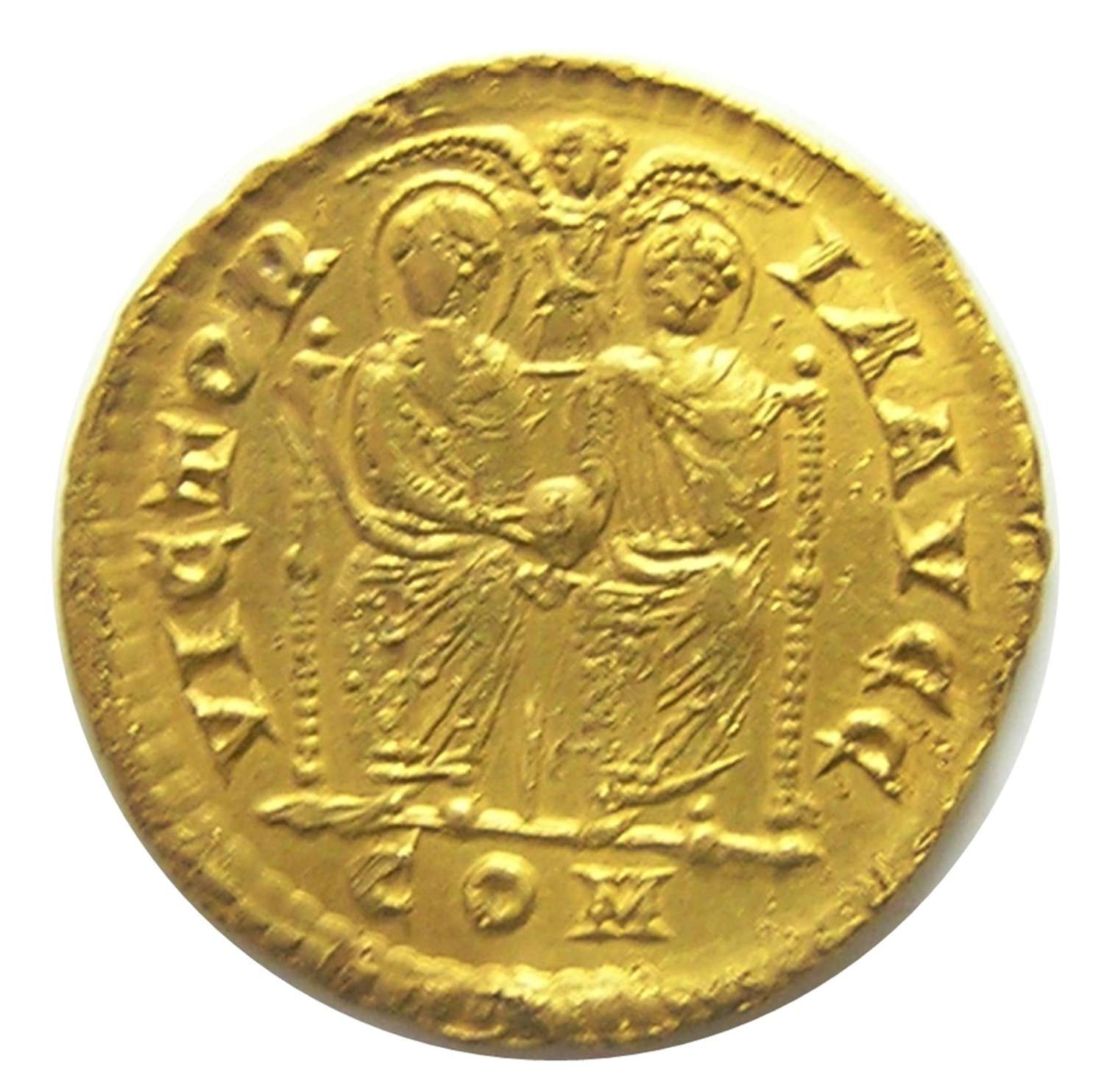 This is an ancient Roman gold Solidus of emperor Valentinian II dating to 375 - 392 A.D.

Reverse: VICTORIA AVGG, "To the Victory of the Emperors" two emperors, nimbate, enthroned facing, holding a globe between them; the figure of Victory above and behind them, with wings spread, a palm-branch below, COM * in exergue,

This coin was struck at the Milan mint, having travelled across the empire and being lost in Lincolnshire in the U.K. This would have been included with some of the last Roman gold coinage to enter Britain before the Romans abandoned the province in 410 A.D. A rare coin that has been buried in the ground, so some marks/digs to the field but otherwise GVF 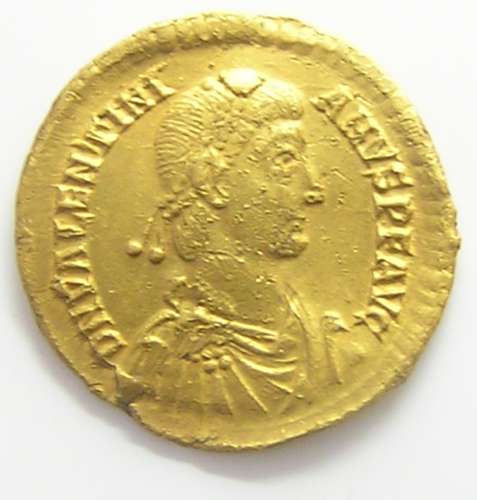 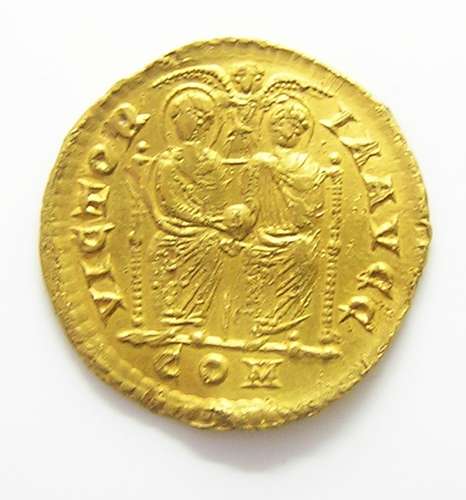