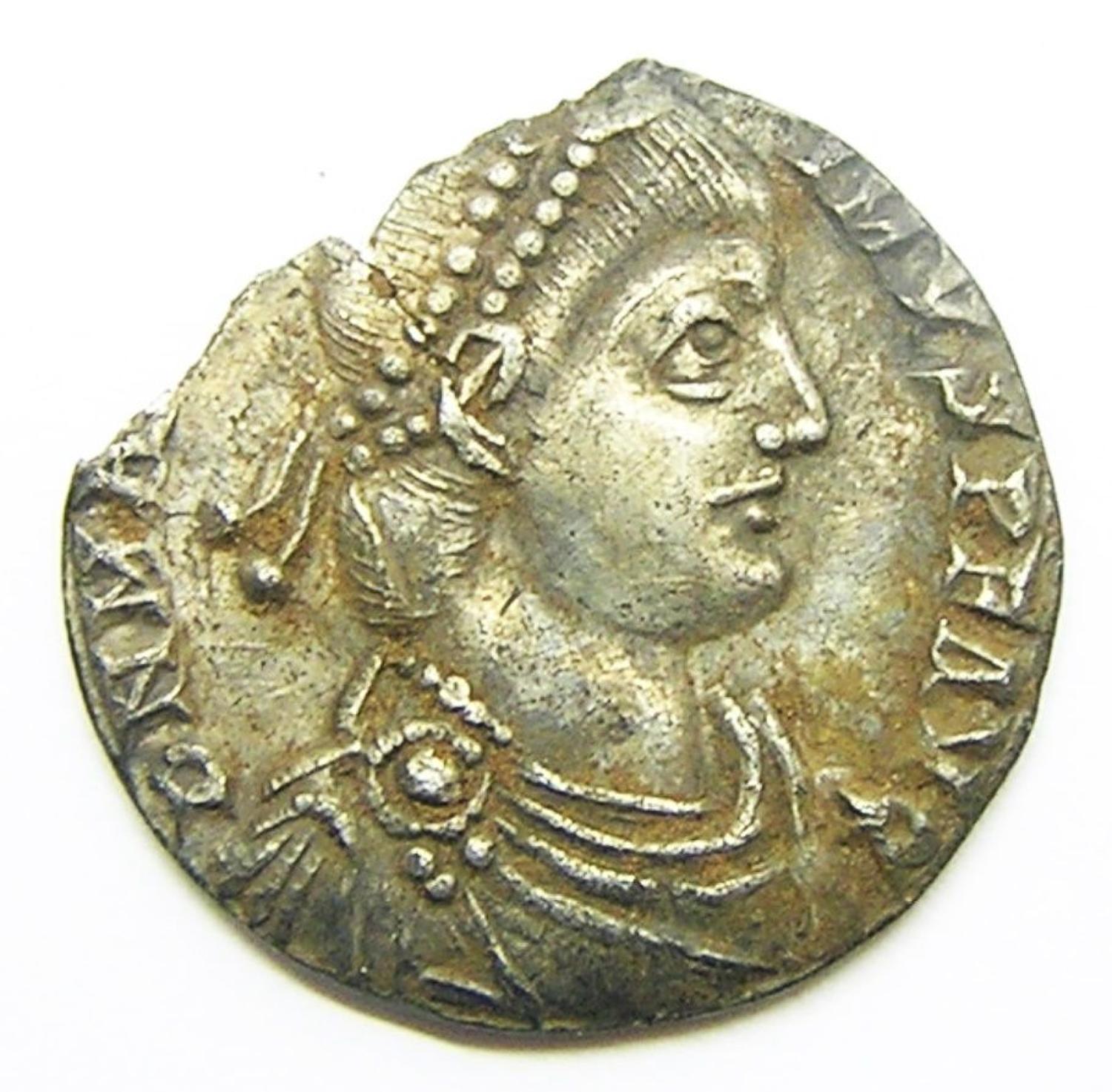 This coin was minted at Treveri (Trier, Germany), mintmark TRPS. It had travelled across the English Channel, being buried in the Thruxton Hoard. This coin was purchased directly from the finder after being disclaimed by the British Museum. 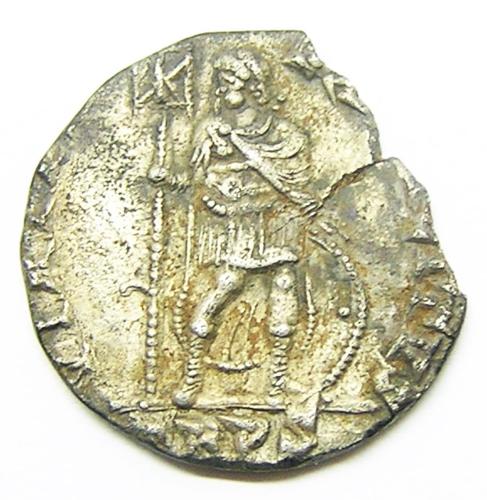 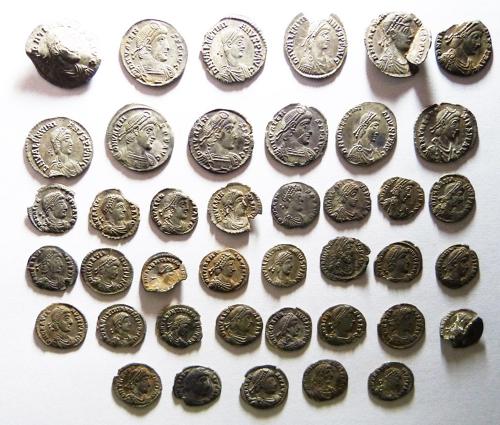