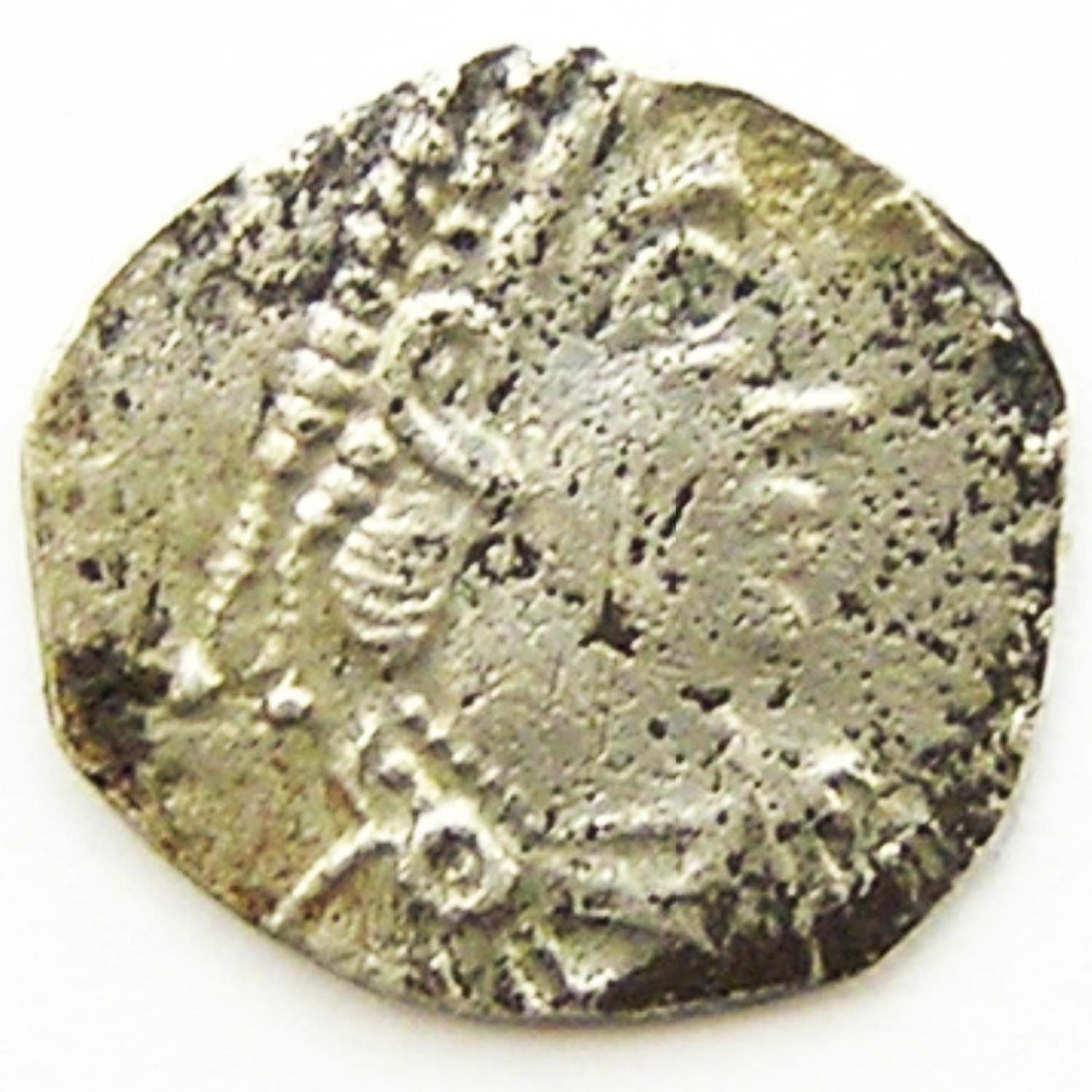 This is an ancient Roman silver Siliqua of an undeterminable Emperor, dating to the late 4th - 5th century A.D. The coin has been heavily clipped, removing all inscription and mint. This genre of siliqua is known for the period after the Romans left Britain, see 'The coin clipping phenomenon in sub-Roman Britain'. This coin was excavated in Yorkshire and is a classic example of this sub-Romano British (a.k.a.the romantic "Arthurian" period) coinage. 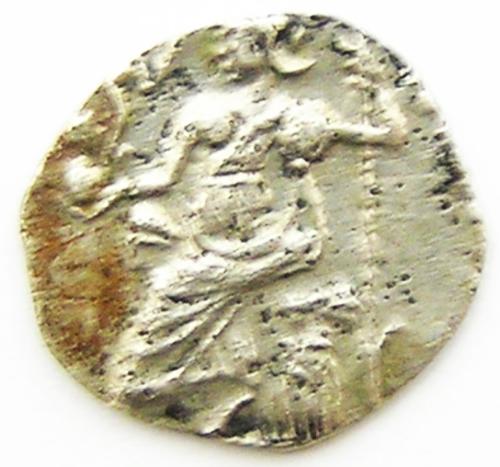