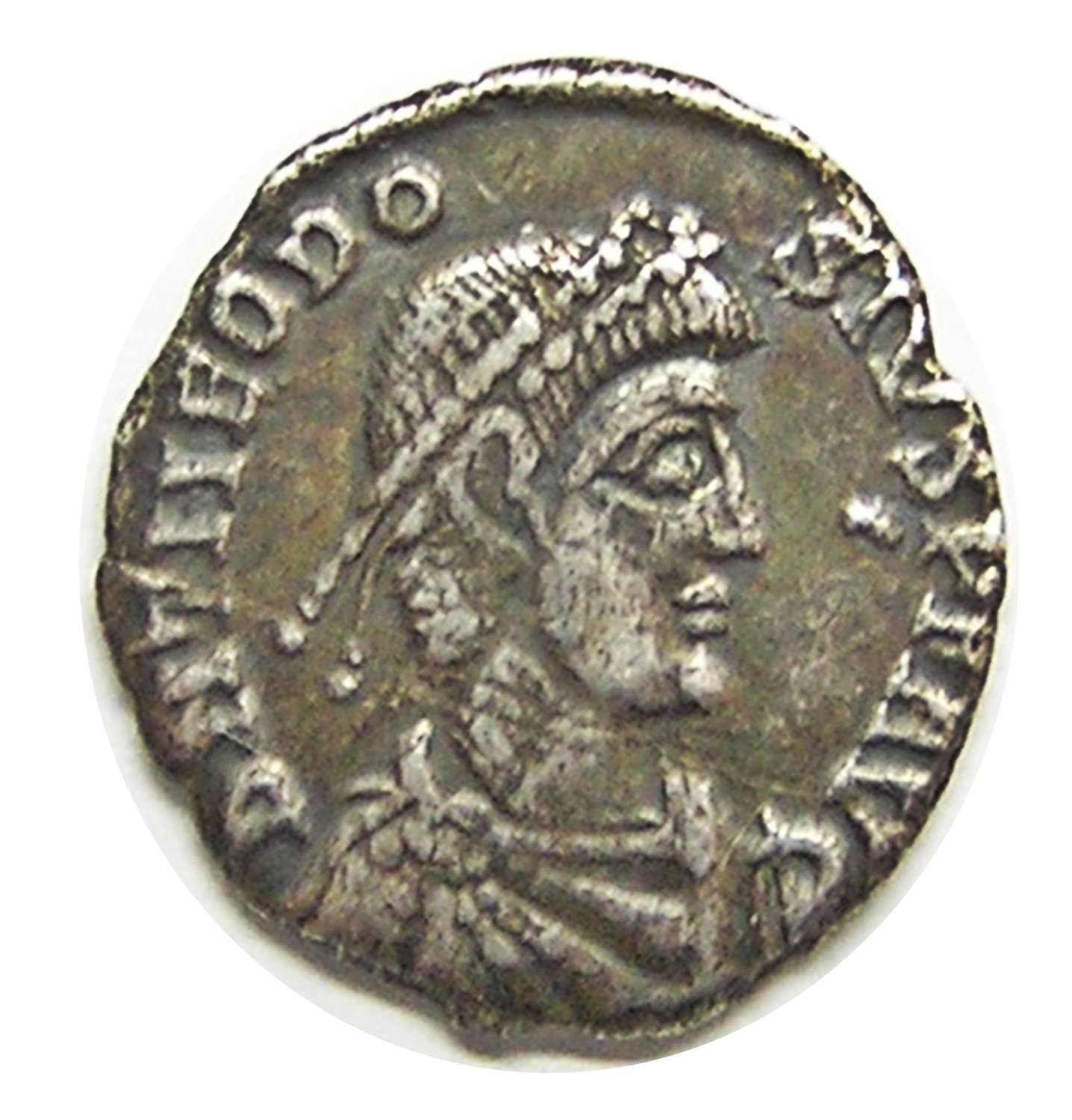 This coin was struck at the Lugdunum mint (in France), having travelled across the Channel and being lost in Britain. This would have been included with some of the last Roman coinage to enter Britain before the Romans abandoned the province in 410 A.D. 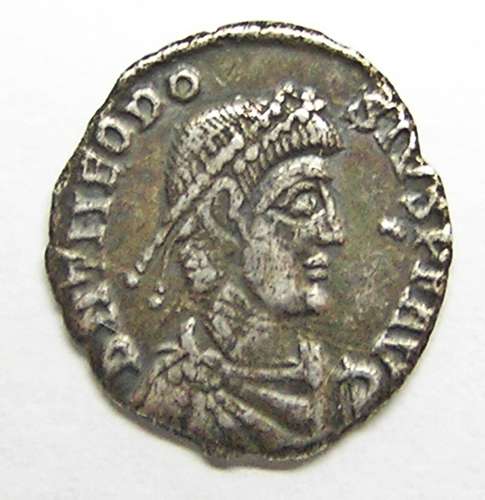 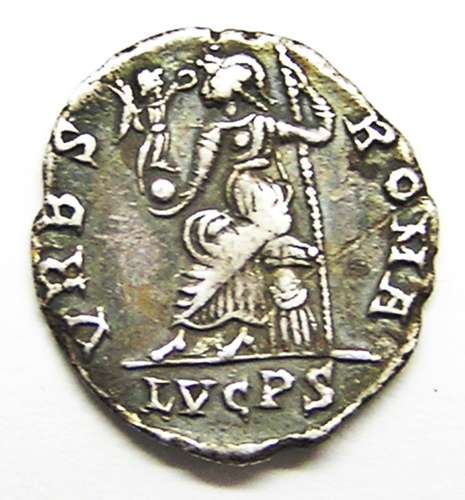 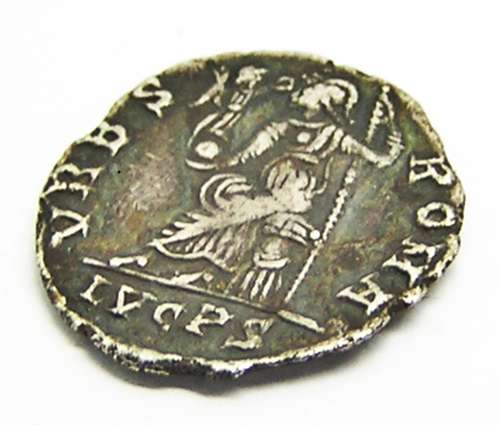