ROME — For much of the last century, the Torlonia Collection, the largest collection of classical sculpture still in private hands, remained hidden to the world.

A private museum founded in 1875 to showcase the antique marbles amassed by Prince Alessandro Torlonia and his father in the tradition of noble families — like the Borghese, Barberini or Doria Pamphilj — was originally open only to a select public, and, after a few decades, not at all. Most scholars knew the 620 works — an assortment of Greek and Roman statues, busts, vases, sarcophagi and reliefs dating from the 5th century B.C. to the 4th century A.D. — only through the photographs in a catalog that was published in 1884.

Over time — including to safeguard the pieces during World War II — the collection was gradually moved into three large storerooms in Rome. As the years passed, the ancient treasures gathered layer upon layer of dust — and the mystique of the secreted collection grew. 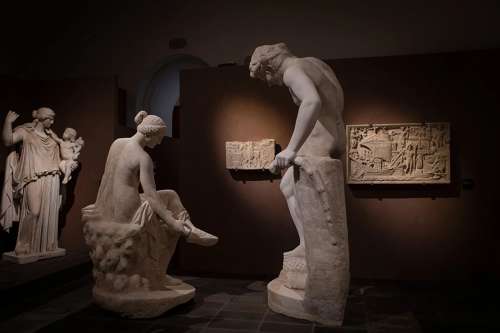