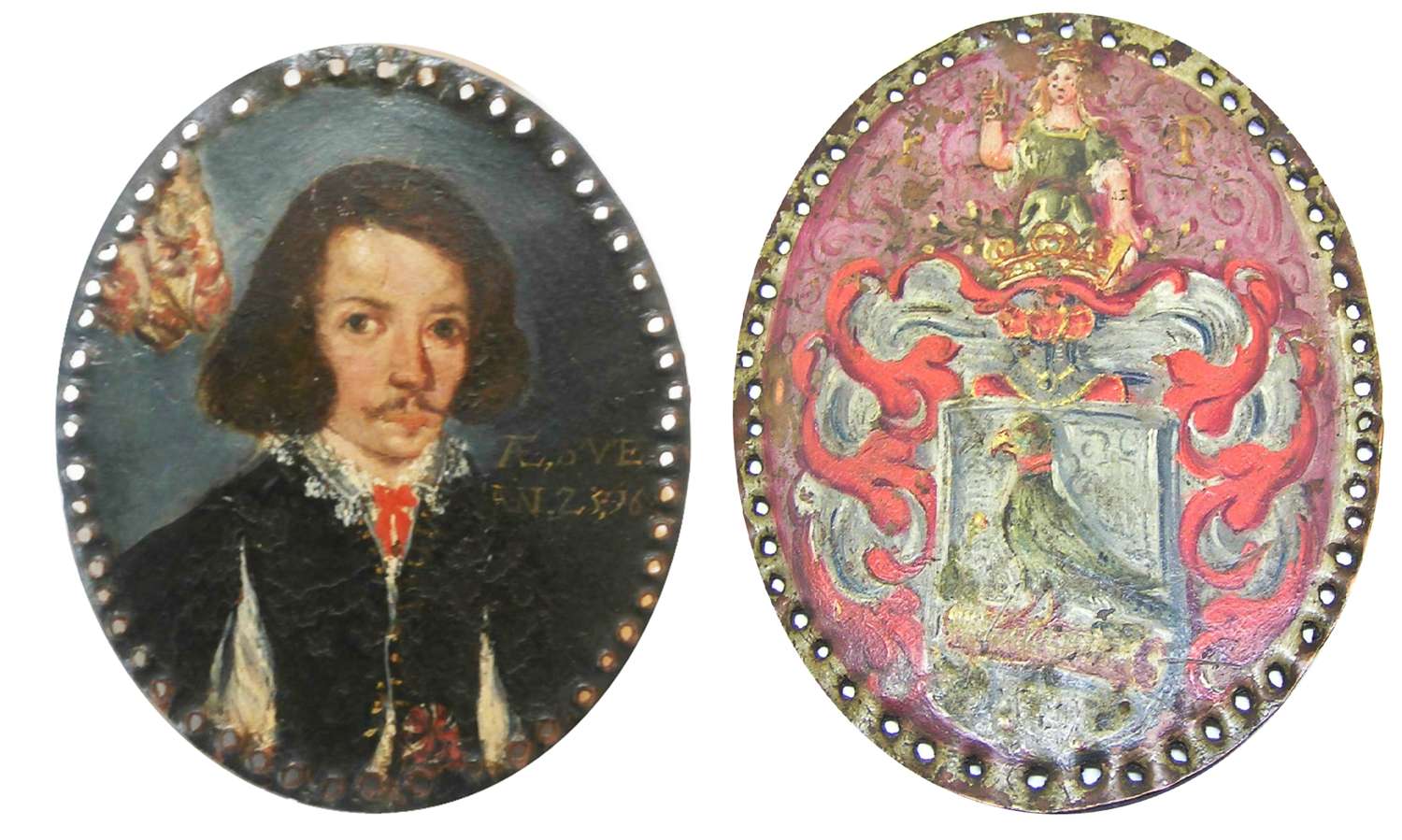 Portrait miniature of a Jacobean gentleman oil on copper

This is a nice and original early 17th-century portrait of an unknown gentleman. It is double-sided and painted with oils on copper. The outer rim pierced for a frame or for attachment. The portrait dates to the period of King James Ist, with the fashionable gentleman wearing a lace collar and slashed doublet. His age is given as '25' and the date appears to be 1616 (not written as 1616 but as '16'. The back of the painting bears an armorial of a falcon perched on a stand. Above the armorial is a helmeted crest of a queen pointing up. It is a nice original antique painting, likely intended as a betrothal/marriage piece. Due to the nature of the copper and medium used, it has flecks and scraps of paint with some overpainting and light restoration.

PROVENANCE: From a private collection, Lancashire. 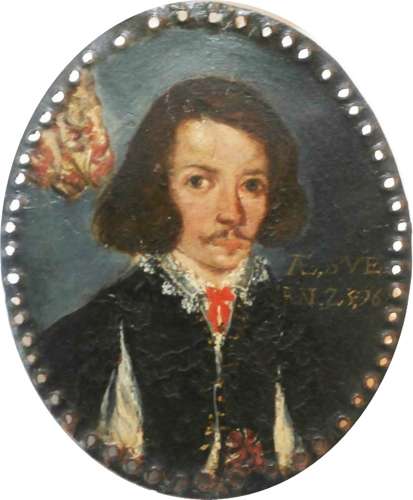 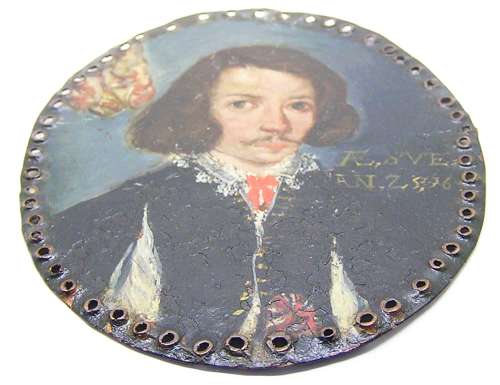 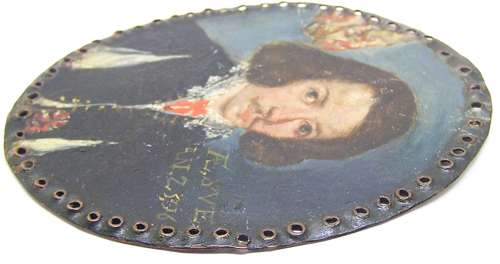 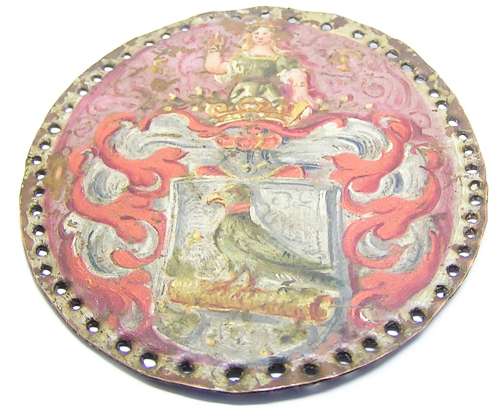 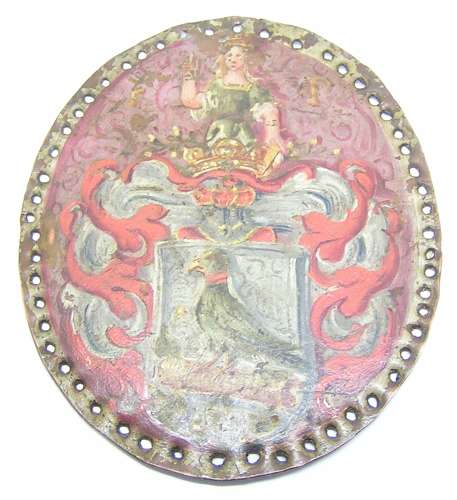