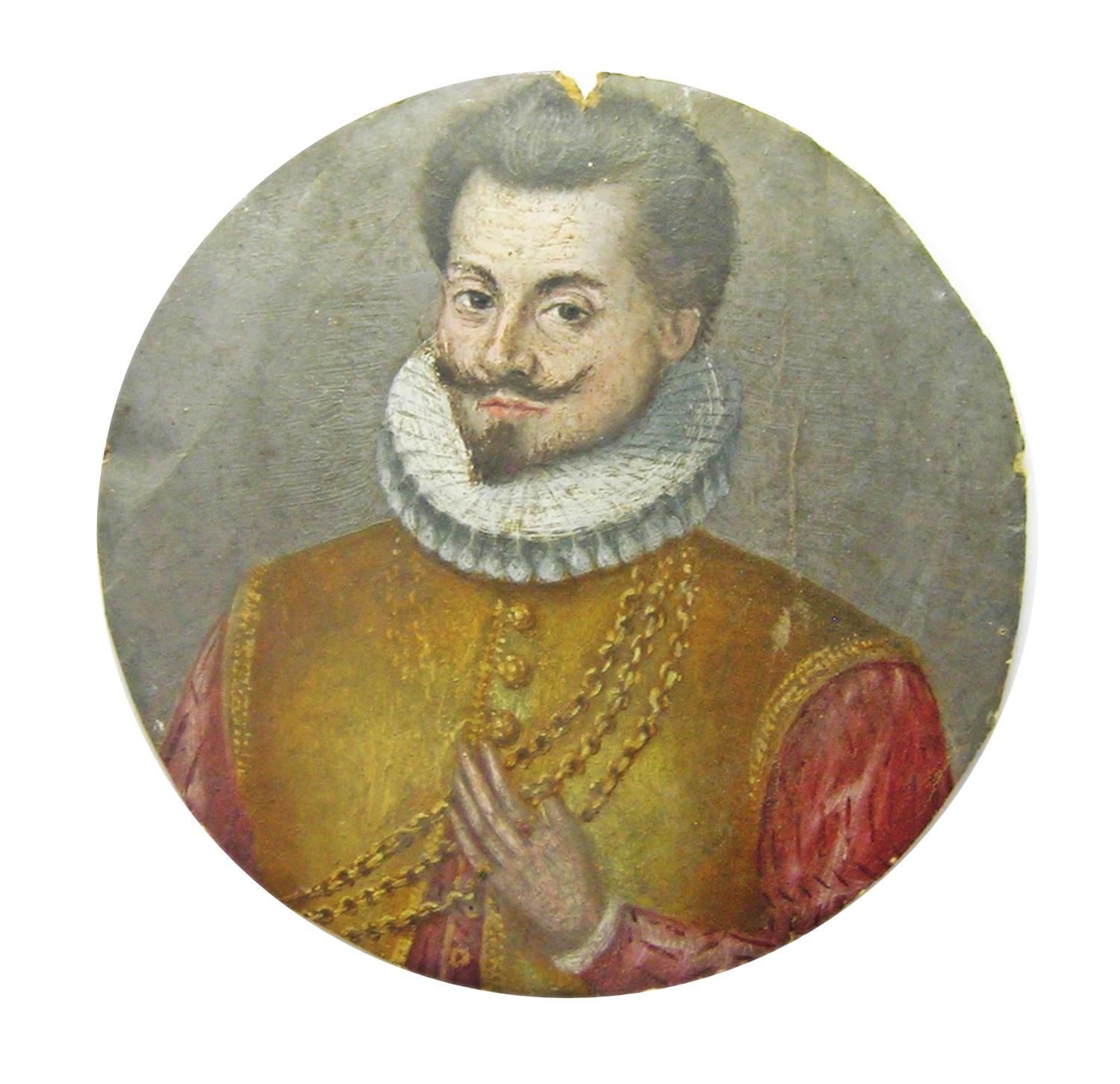 This a nice and early portrait miniature of a nobleman, wearing a gold silk doublet and heavy gold money-chain. It is painted on vellum, laid onto the back of a playing card (Ace of Clubs). The inscription names "le Comte de Montmayeur" who "qu’il épousa une sœur de Christophe de Rye" (1570 - 1637).  From research this appears to indicate the portrait to be of Gaspard de MONTMAYEUR who married Claire de RYE (a sister of  Christophe de RYE) this can be found referenced to their father Philibert de RYE who died in 1597. No dates are given but this would have been during the mid to late 16th century. Another Gaspar de Zúñiga, 5th Count of Monterrey also spelt as 'Montemayor' was the viceroy of Peru (1595-1603), a portrait of him bears a striking resemblance to this portrait, though not wearing a black doublet or hat. The large gold money chain is certainly the type of regal bling one would associate with a viceroy, similar to those found on the Nuestra Señora de Atocha and Santa Margarita shipwrecks that went down in 1622.

The miniature is housed in a later 20th century wooden frame, but the painting is an original from the 16th century. 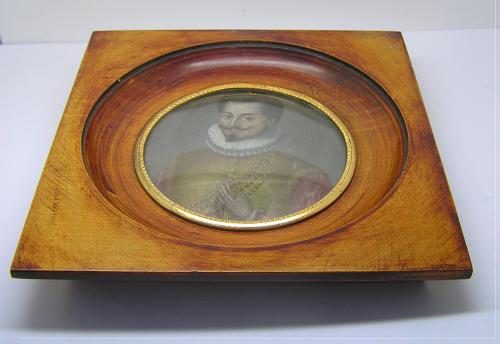 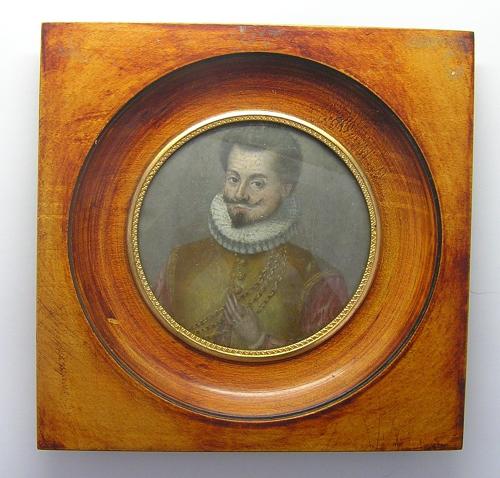 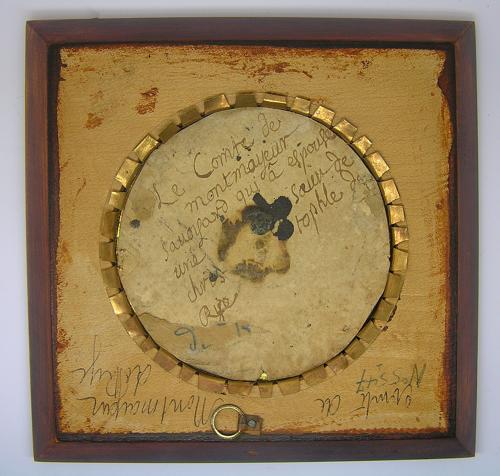 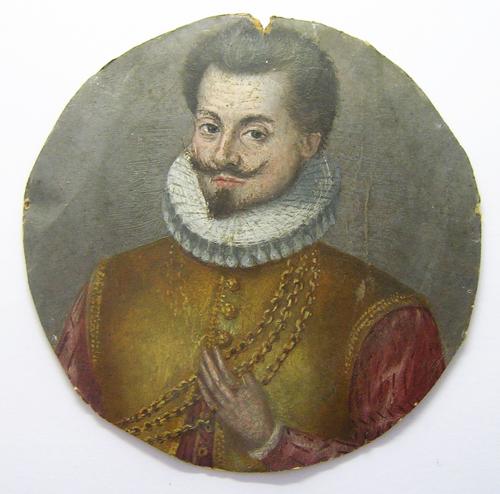 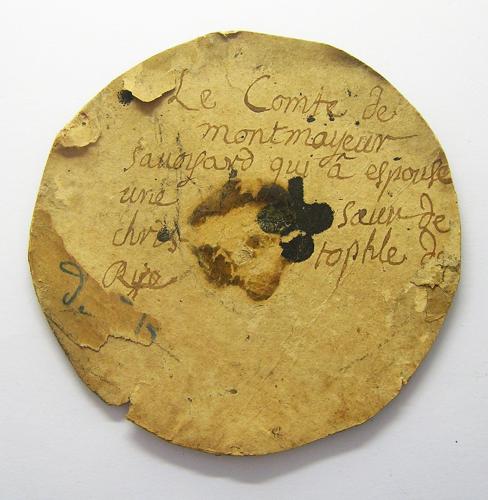 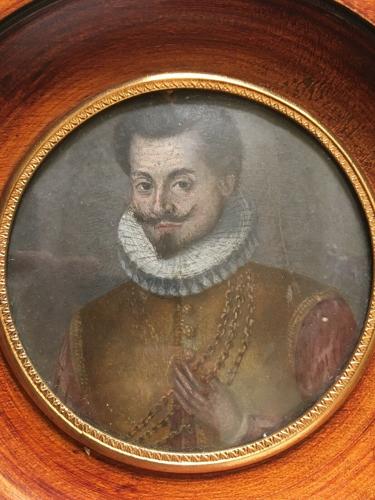 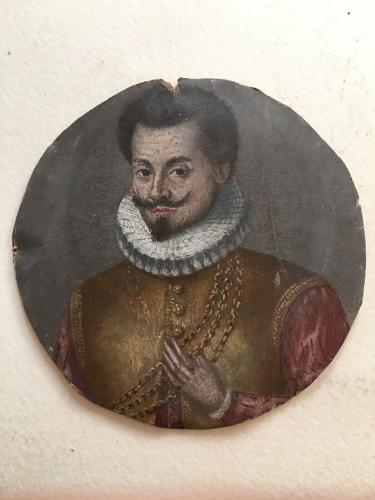 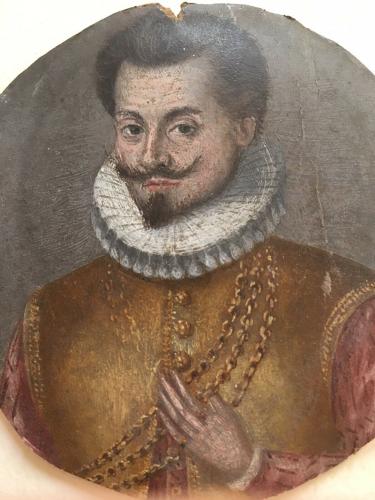 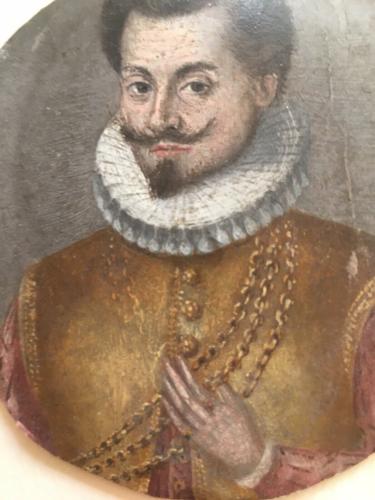