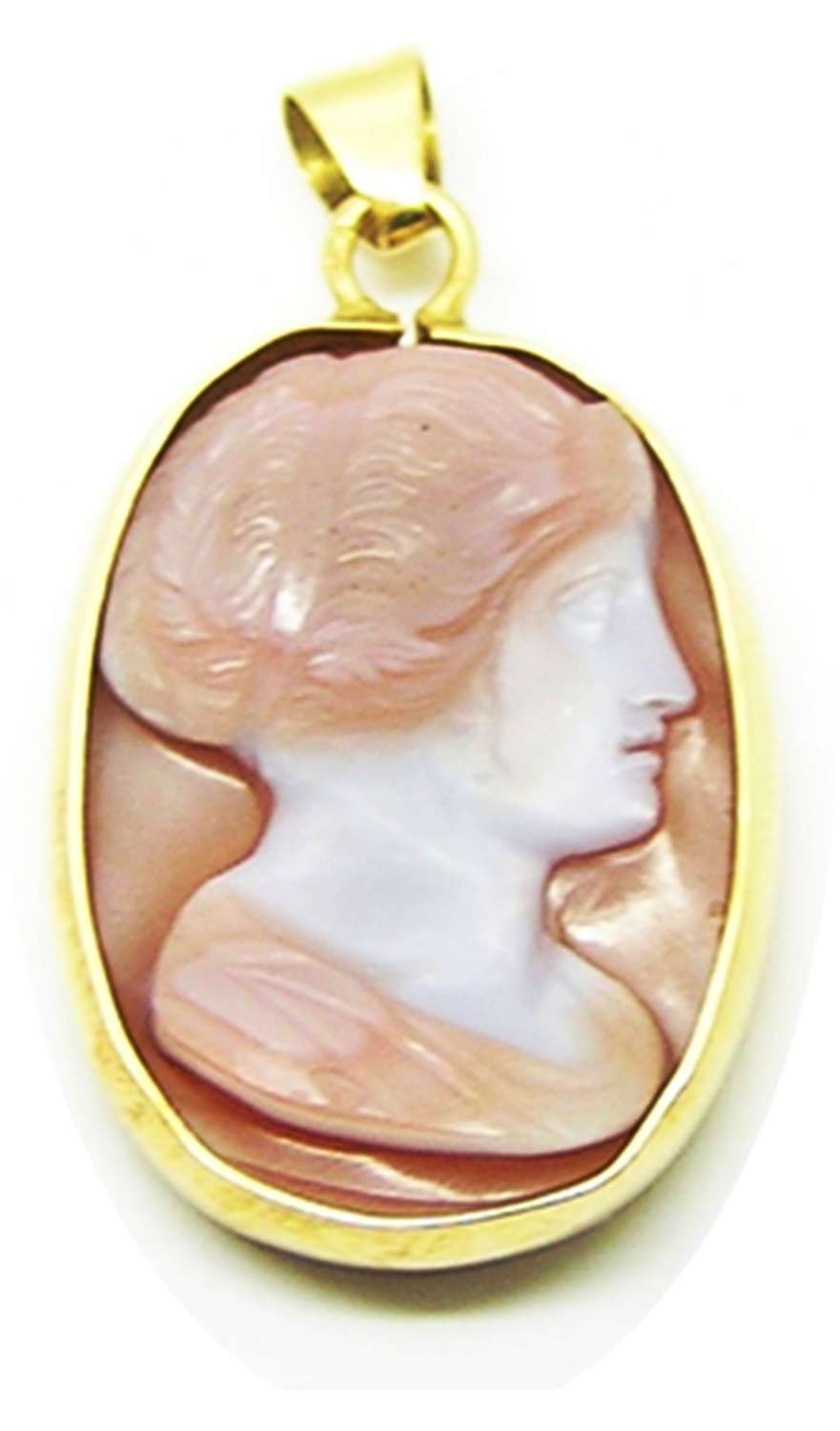 This is a nice cameo of a Roman lady, mounted into a modern 18k gold frame for use as a pendant. The cameo appears to be made from a layered hardstone but sold to me as being made from glass. The portrait appears quite early and similar to that found on Classical cameos from Rome of the 2nd century. A nice jewel that is worthy of further research. 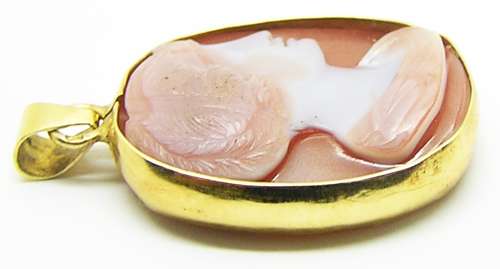 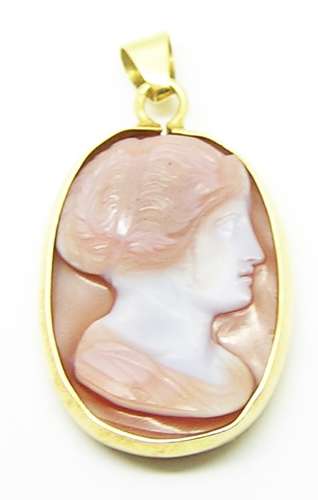 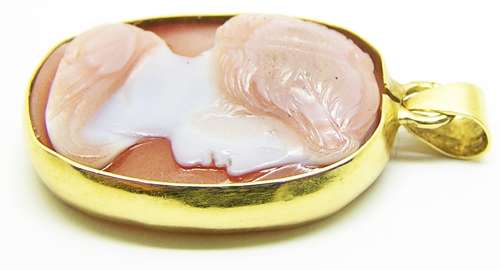 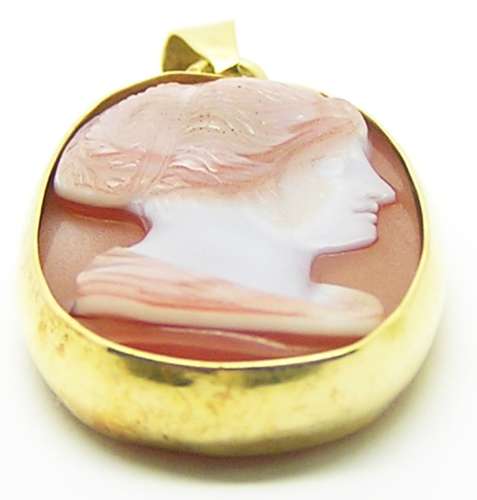 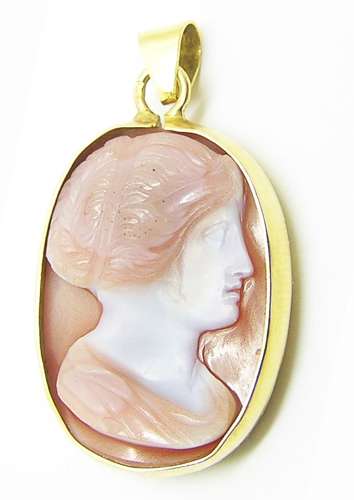 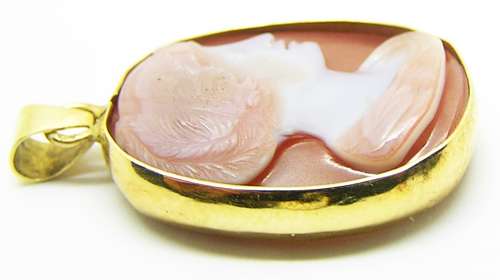 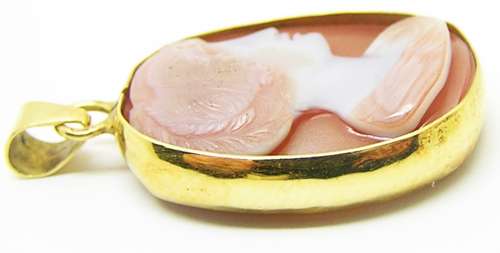 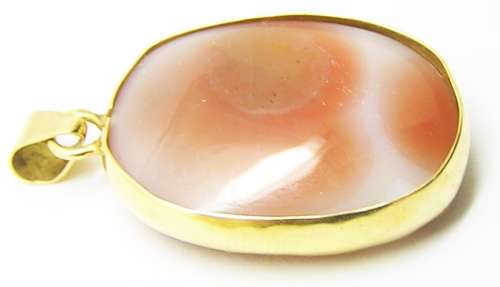 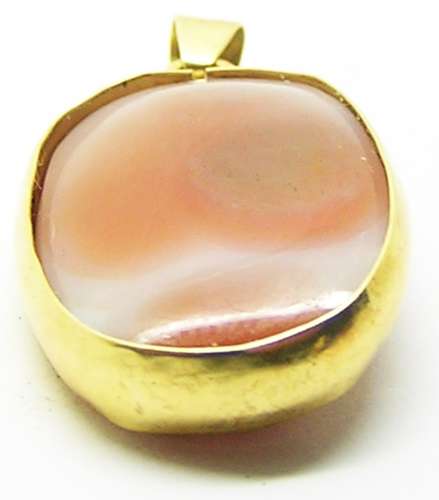 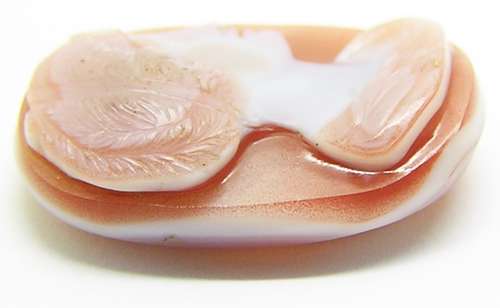 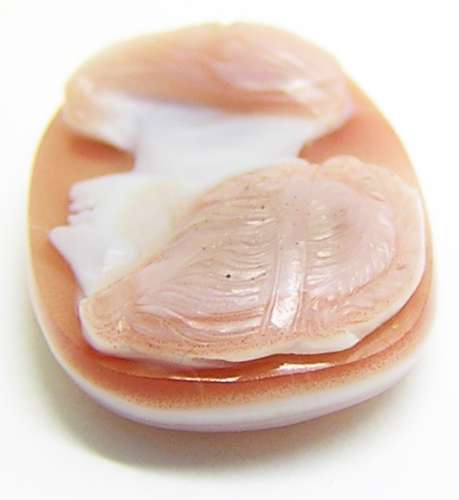 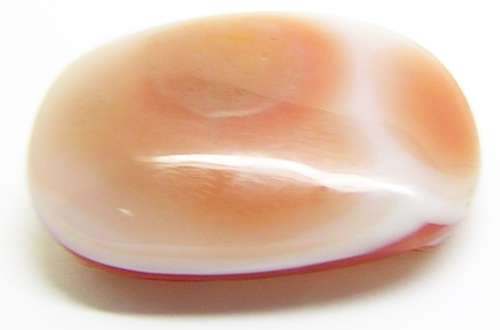 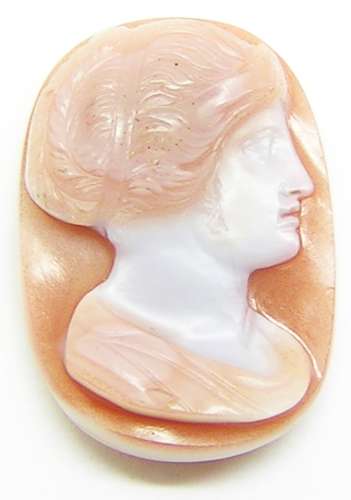