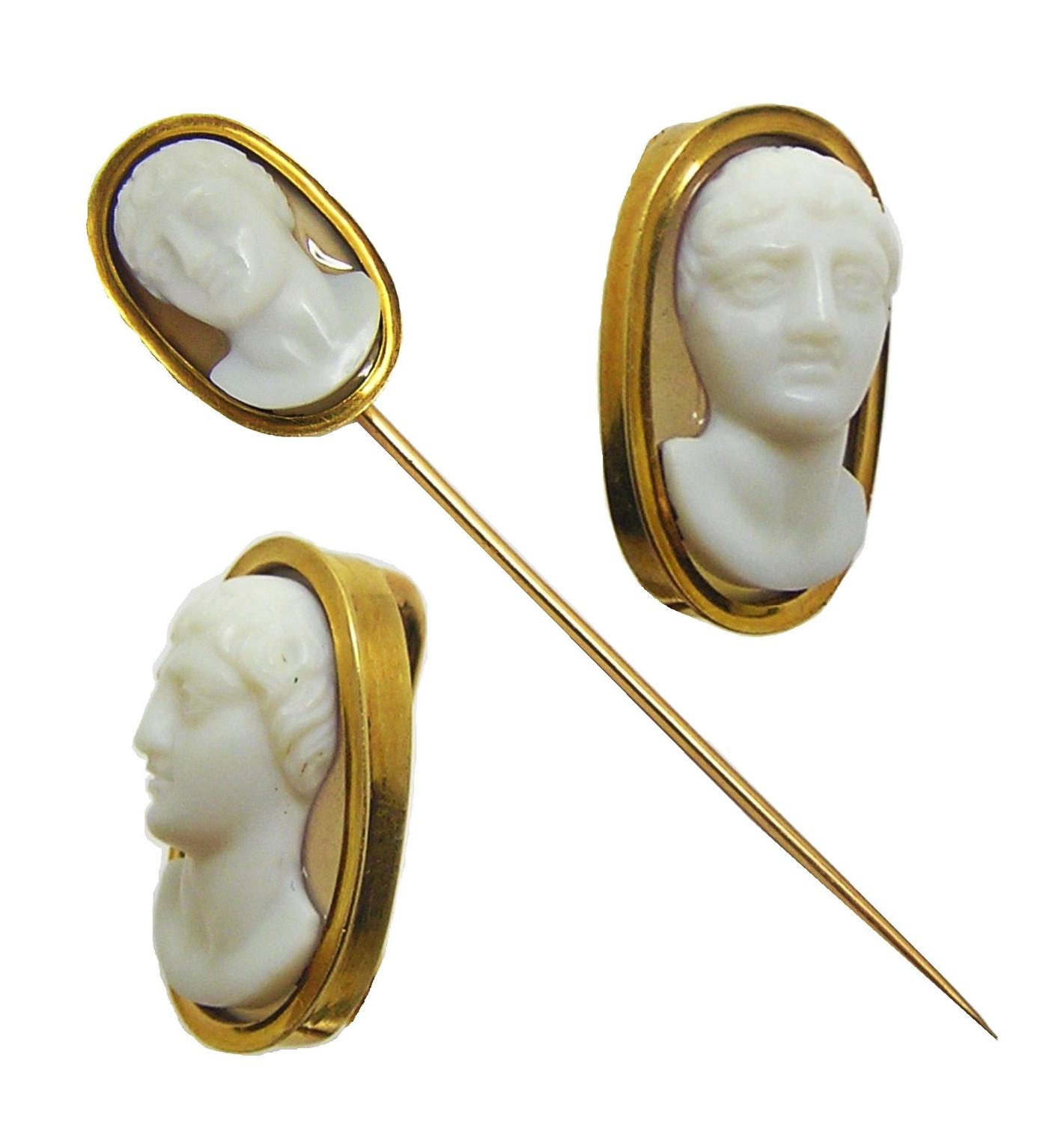 This is a fabulous hardstone cameo stick pin, dating to the early 19th century. The pin is made from 18k gold (tested but not marked). It is set with an onyx cameo, sculpted with a 3/4 bust of a male head - likely a rendering of the head of Constantine the Great (inspired by the Colossus of Constantine discovered in 1486). The style of the hair and lack of a laurel wreath would suggest this. The gem is nicely cut and polished, it could be older than the early 19th century, certainly 18th or even a Roman original? 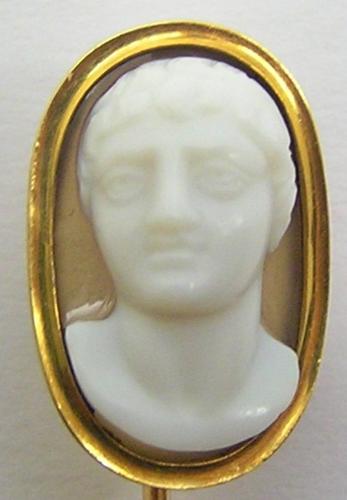 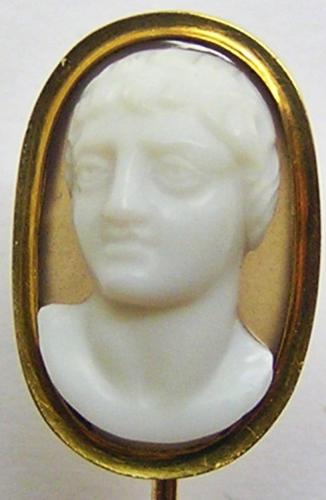 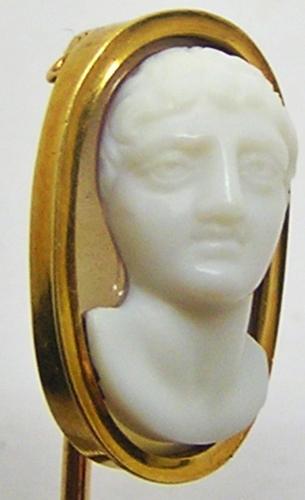 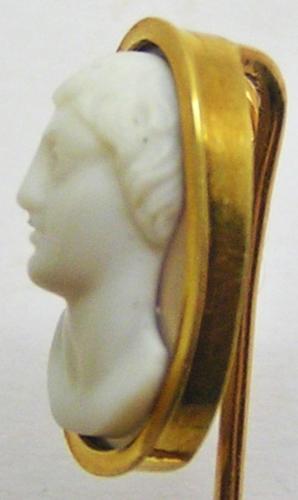 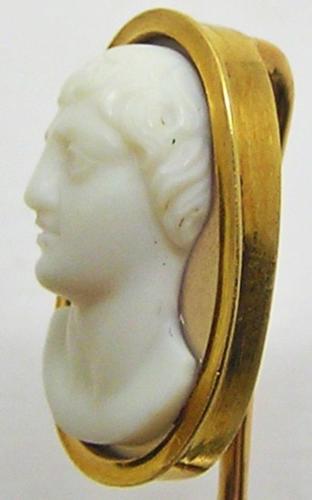 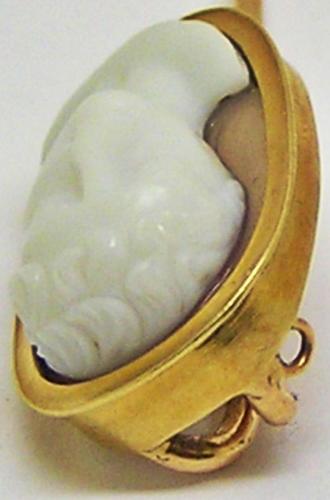