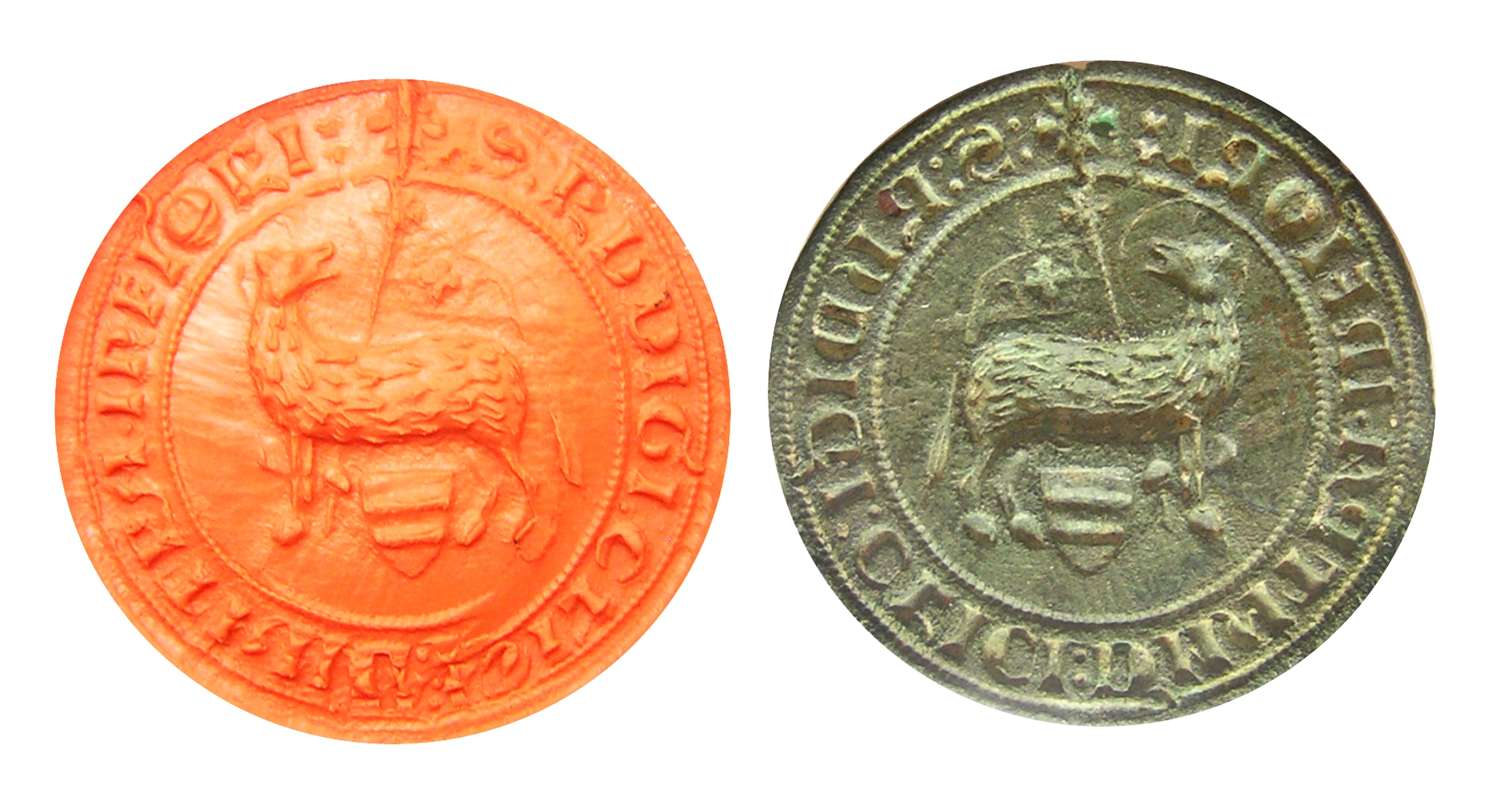 This is a nice medieval bronze seal, dating to the 13th - 14th century. The seal is cut with the Agnus Dei (Lamb of God) with the banner bearing a cross. Below the Agnus Dei is a shield bearing the arms of "Argent two bars vert" one or two bear traces of the tinctures giving silver and green colours. Around the device is cut in Lombardic script "+S'RUDIGI:CL'ICI:DM'NTPW:IN'FIORI" (my best guess). The back of the seal bear traces of the original handle, this appears to have been cut in antiquity. The Lamb of God design was often used by the Knights Templars, on the agnel d'or or mouton d’or coinage and on wax reliquaries. The seal is an original example, not a later 19th century cast. It is a rare seal of a good design and condition, it will greatly benefit from further research and identification. 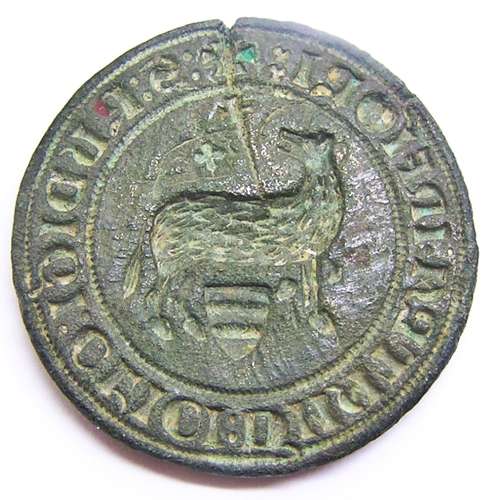 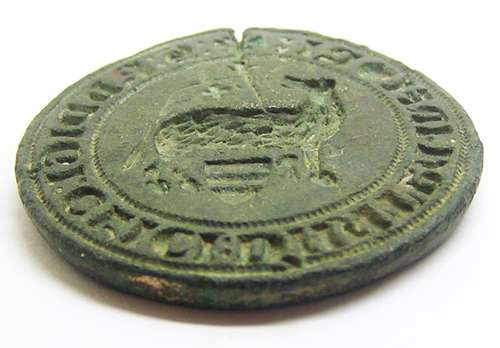 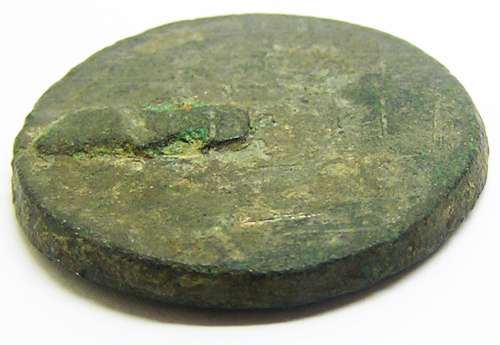 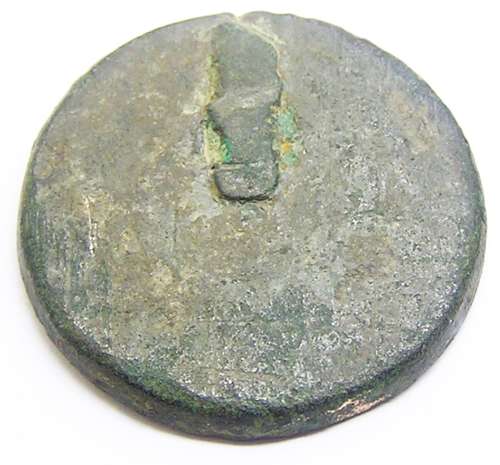 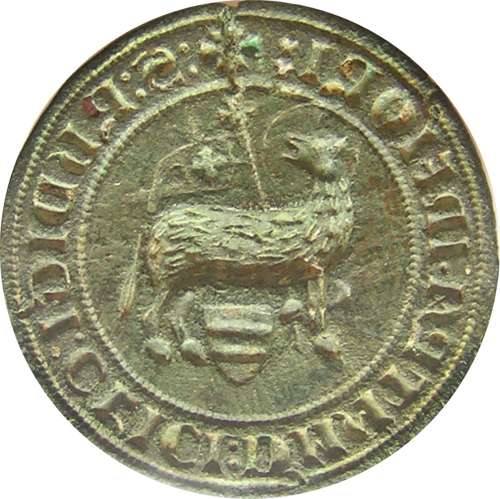 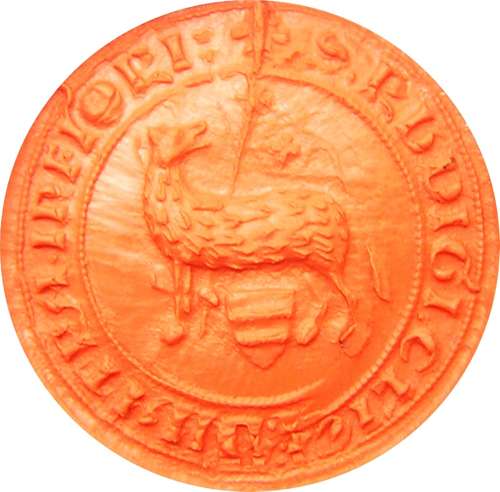