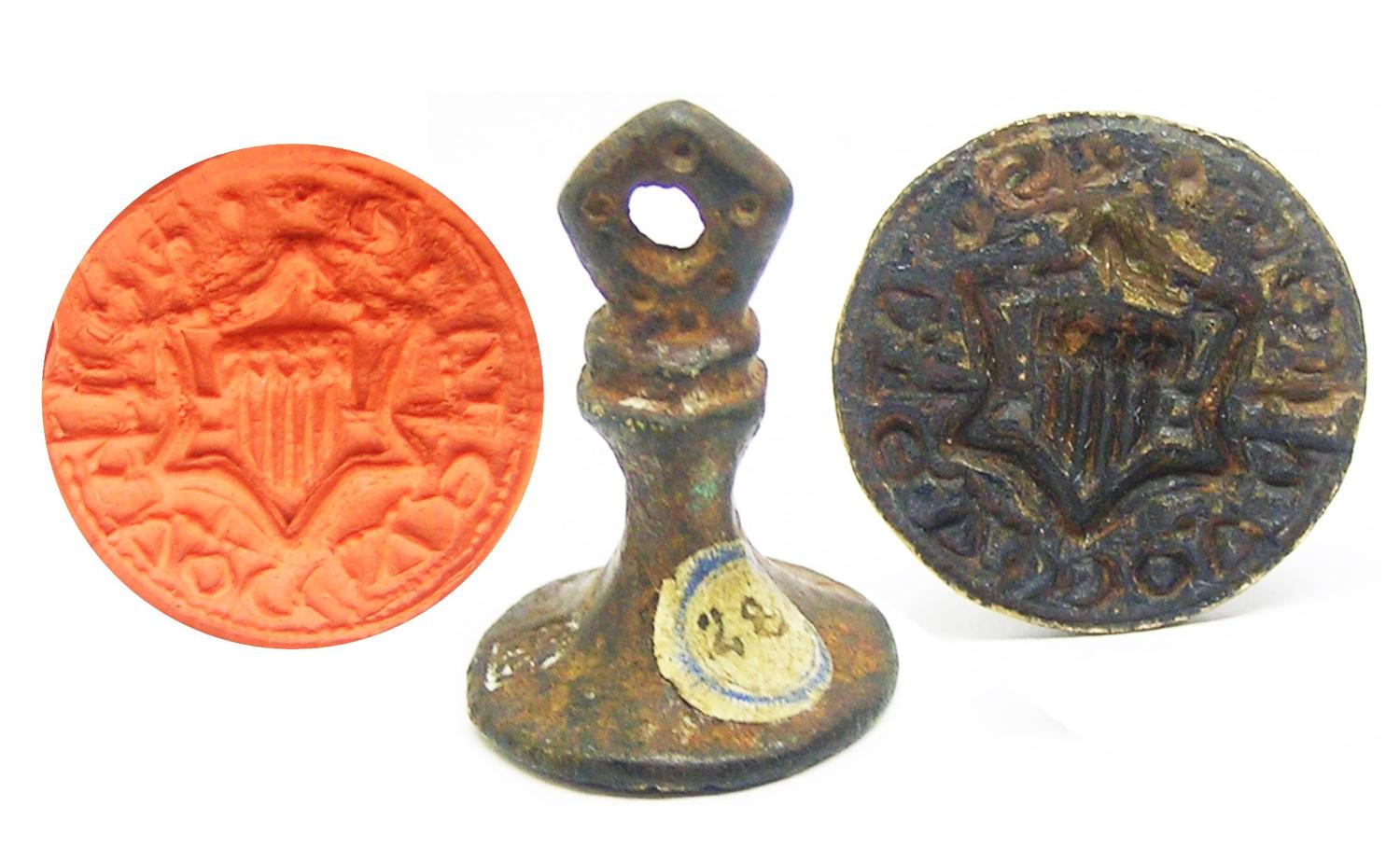 This is a medieval bronze armorial seal, dating to the 13th - 14th century. It displays as 'paly of ten or et azure in a chief ermines' The palets of at least ten would have been referred to as 'vergetté' by the heralds, with at least five of these having dots to denote the metal 'gold' the other colour I have guessed at blue but could also be 'gules' (red). The chief certainly displays four ermines. The arms are displayed within a star-shaped border. The legend is deeply cut in a Lombardic script, reading to me as 'S'I ATEV DOURI' It appears to have a score through the middle, this appears on the impression and could relate to a change of owner, the lettering may also have been recut so it appears a bit cruder. It is an interesting seal with plenty of age and nice dark iron stained patina from burial in an iron-rich soil. The seal is of a 'chessman' shape with a plain handle. Similar armorial seals have been recorded from Cambridge (SF-43A30C) and Northampton (IHS-0BB4C1). 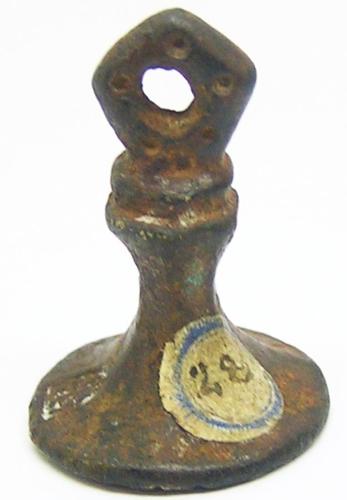 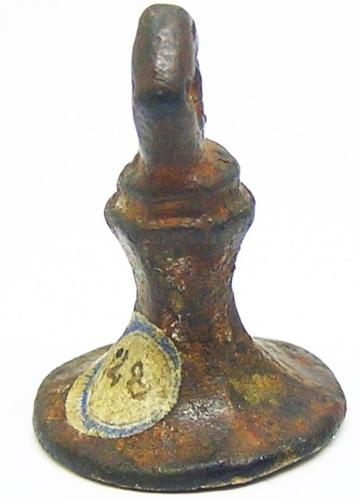 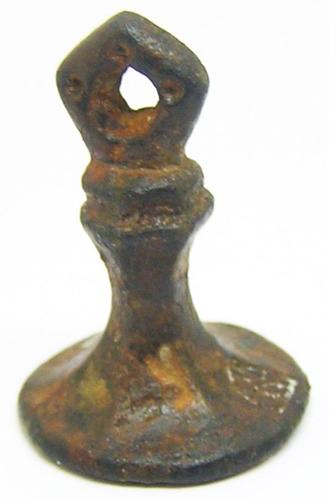 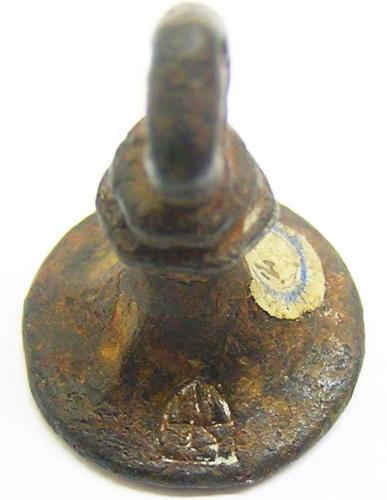 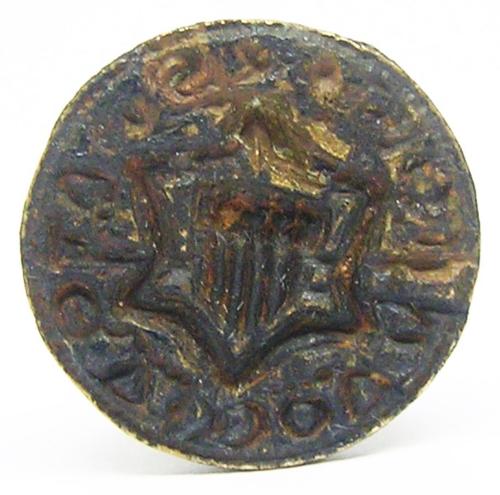 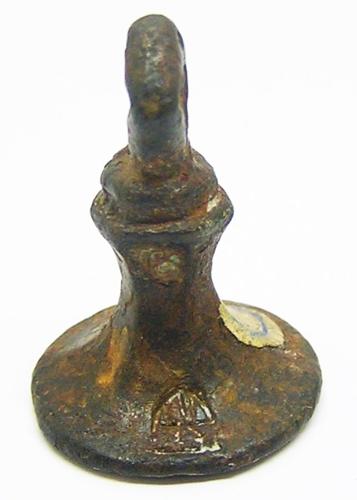 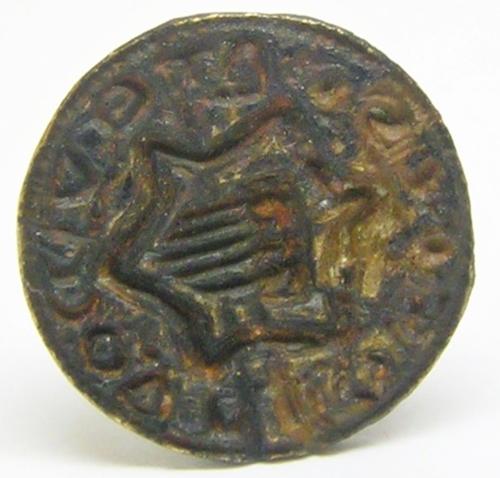 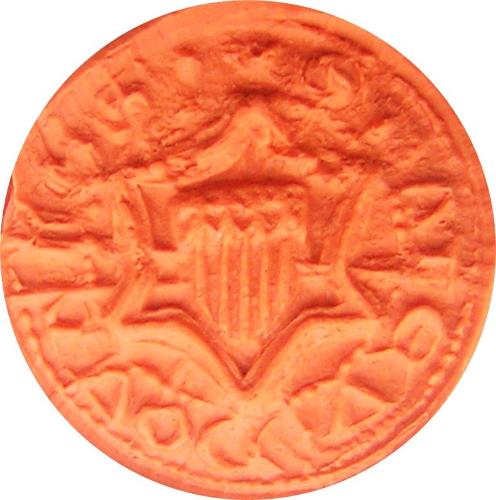