This is a medieval bronze armorial seal, dating to the 14th century. It would have once belonged to a knight, bearing his arms. The armorial displays as 'on a fess sable three crescents.  The seal is inscribed with the owner's name in a form of 'Lombardic' script of the mid 14th century. This reads to me as "+Ihan.De.Qvinci'. This appears to read as "Iohan of Qvinci" or 'the seal of Johan de Qvinci. The back of the seal has a reduced handle in antiquity. Rare and uncleaned from excavation.

PROVENANCE:  From a private collection of seals, Paris. 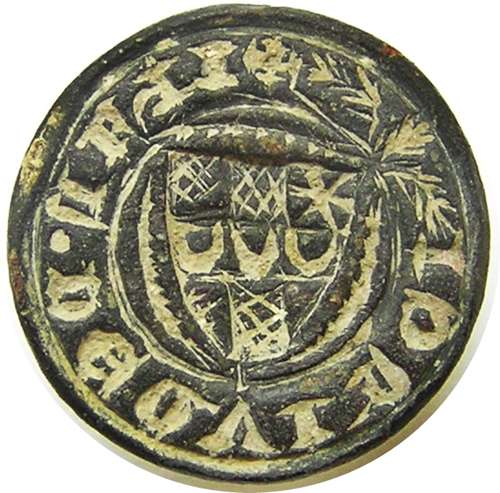 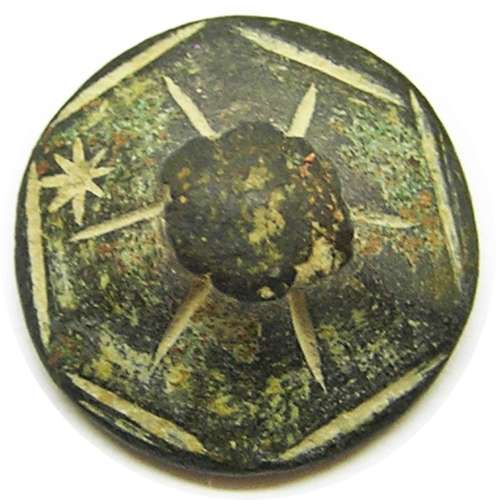 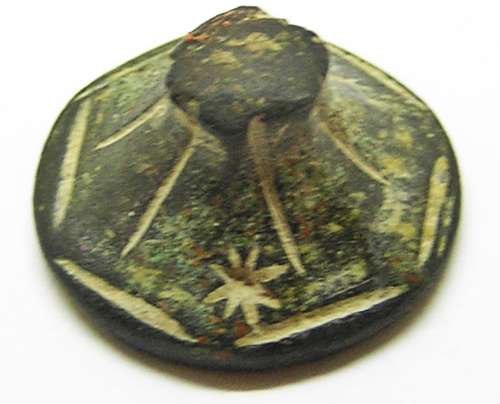 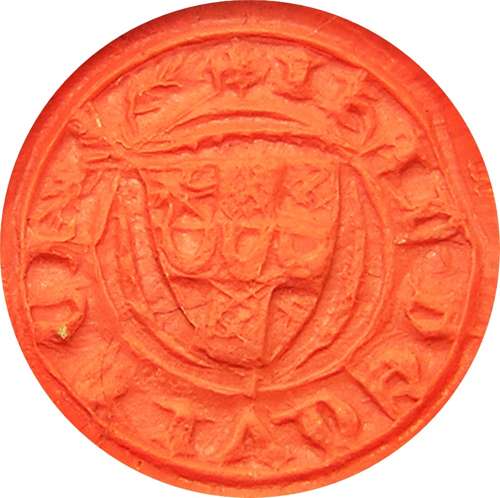