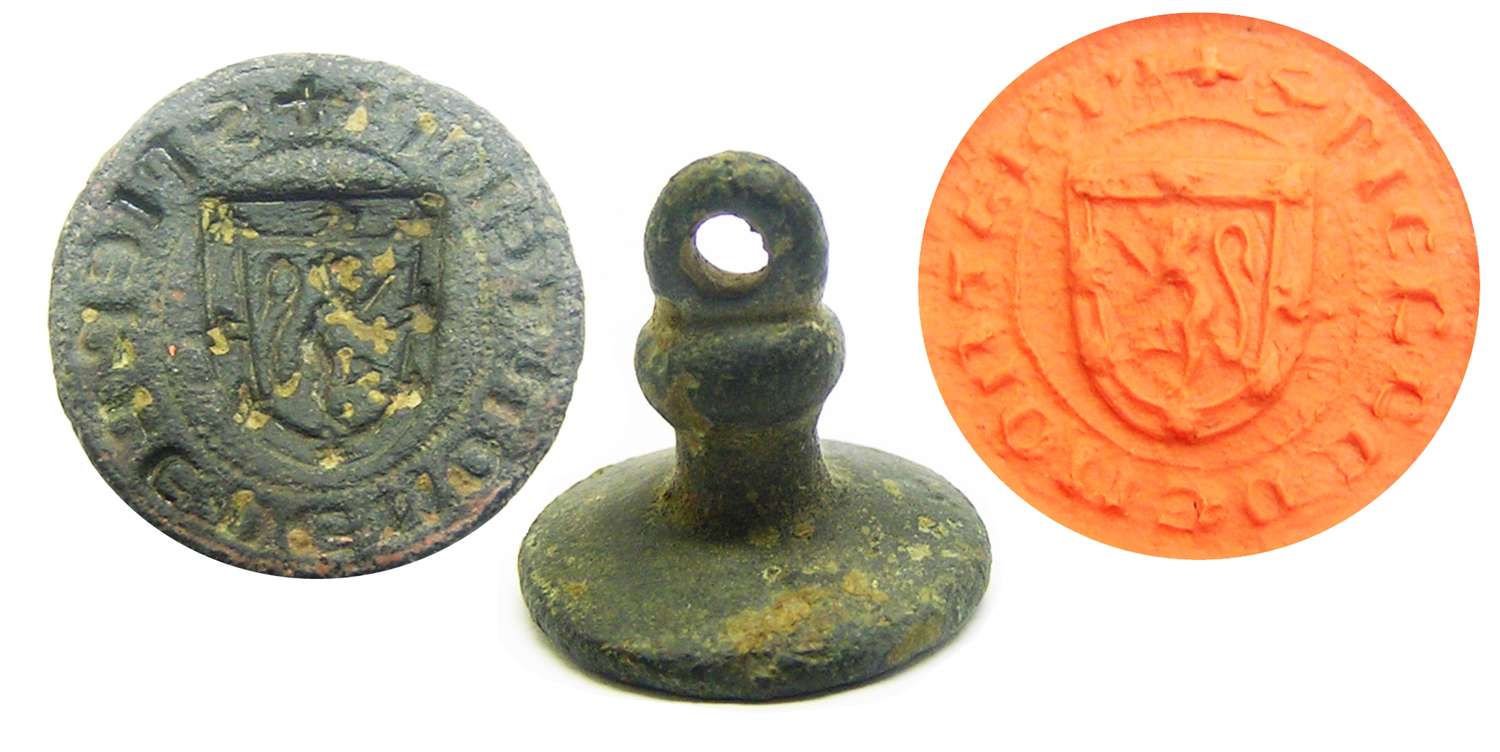 This is a nice medieval bronze armorial seal, dating to the late 13th - 14th century. The design is deeply cut with a heater shield bearing "a lion rampant, Sable, armed and languaged, Gules, within a double tressure, flory counterflory, of the second".  The owner of the seal is named in Lombardic lettering as "S'PIERE:DE:MONTEIGNI" Seal of Piere of Montaigne. This was the Lord of Montaigne, who held Château de Montaigne in France. Interestingly the Royal Banner of Scotland is very similar (having a double border of alternating heraldic lilies). This seal is a nice original example in excavated condition. 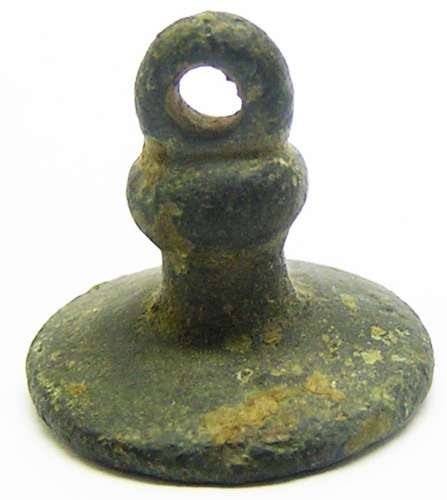 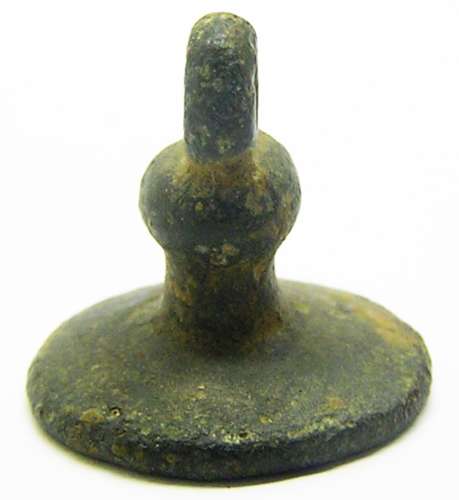 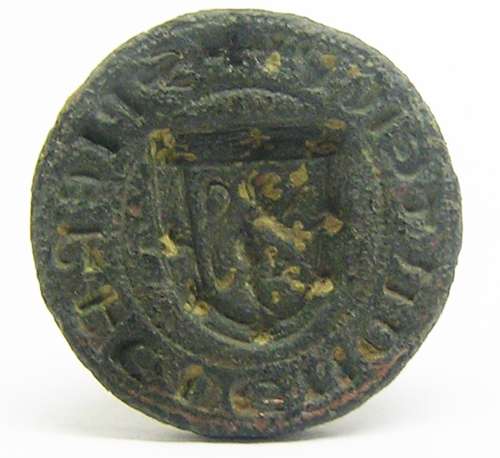 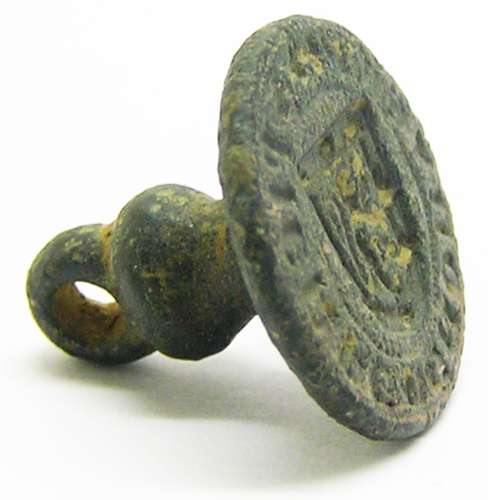 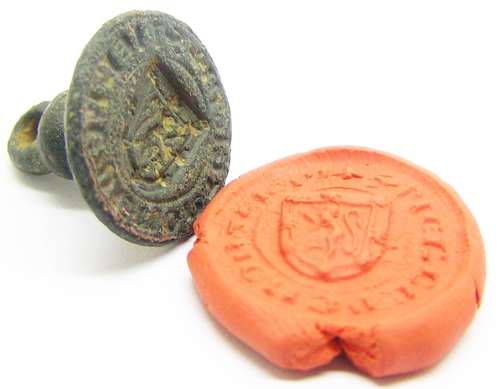 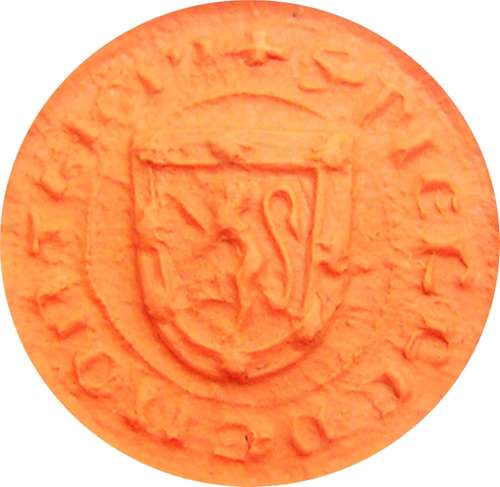