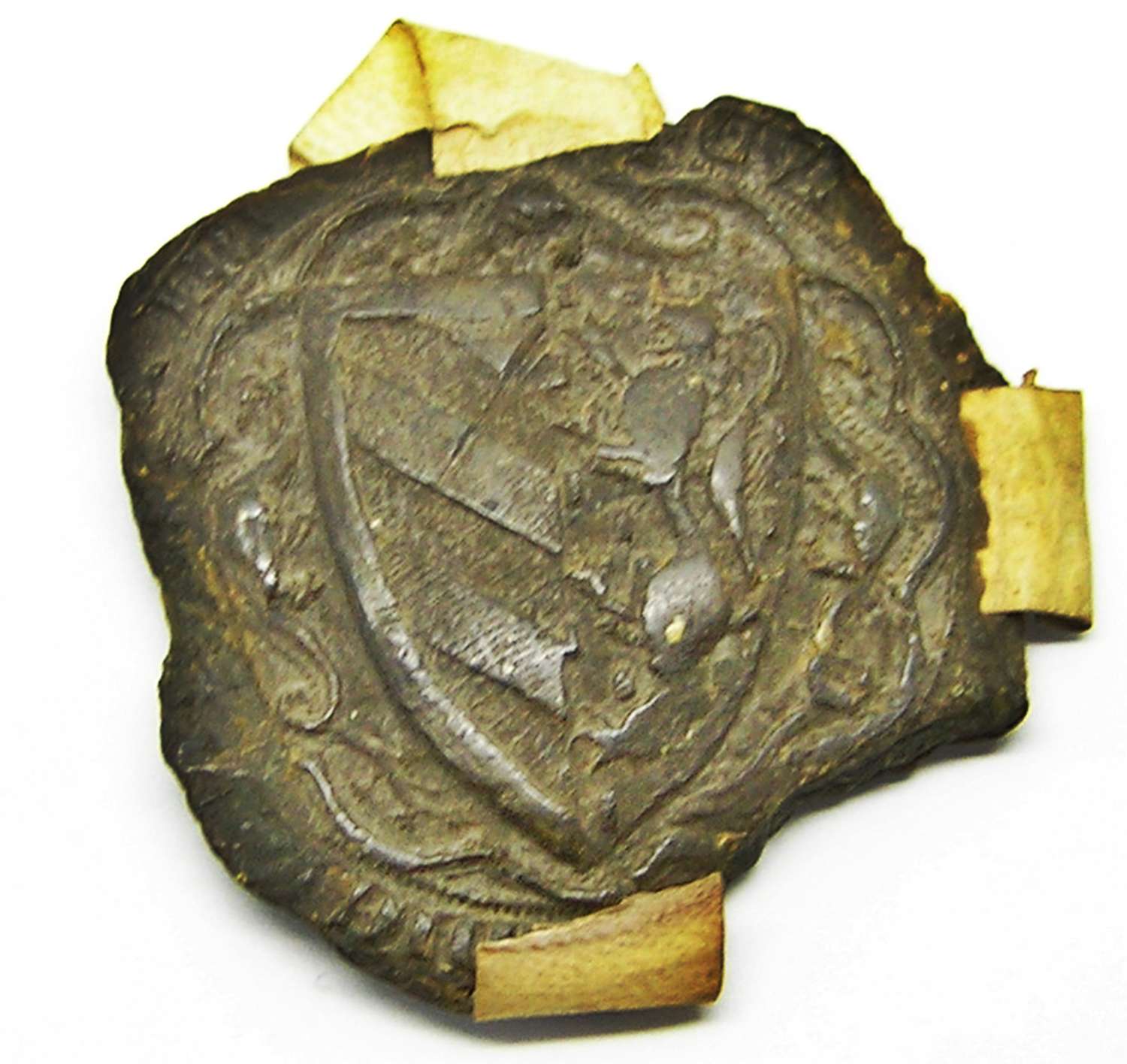 This is an original Medieval wax seal of one of the Burgundian Dukes, The armorial bears 'Bendy or and azure, a bordure gules' for the Duke of Burgundy alongside 'Azure billetty, a lion rampant queued and crowned or' for the Franche-Comté also used by Otto Count of Burgundy. The arms are flanked with three wyverns within a tressure of twelve arcs. Sadly most of the legend is lost, but that which remains is in the Lombardic script and reads as ....cvi...ndie....in.... The back of the seal retains a full counterseal (added by the Duke for added security) with the same arms within a trefoil border. This seal would have been attached to an important vellum document, sadly detached but with some of the vellum strips sealed within the wax. An interesting and early wax seal for further research! 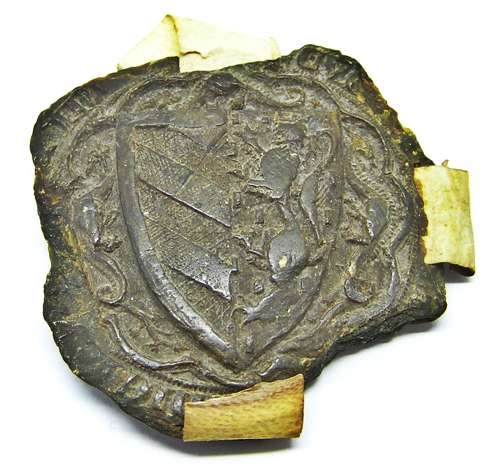 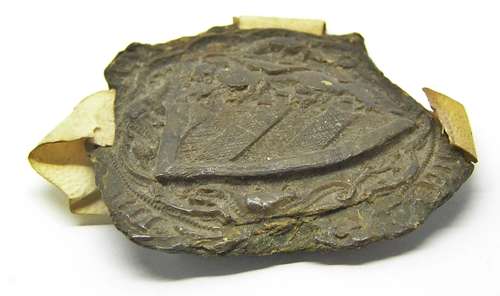 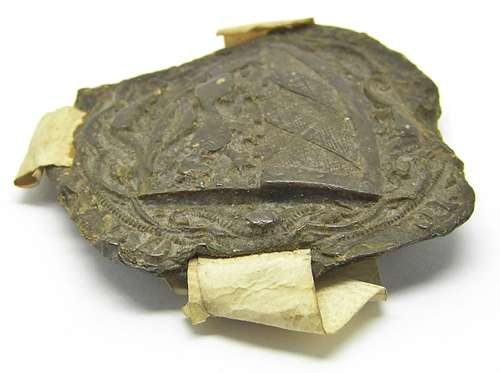 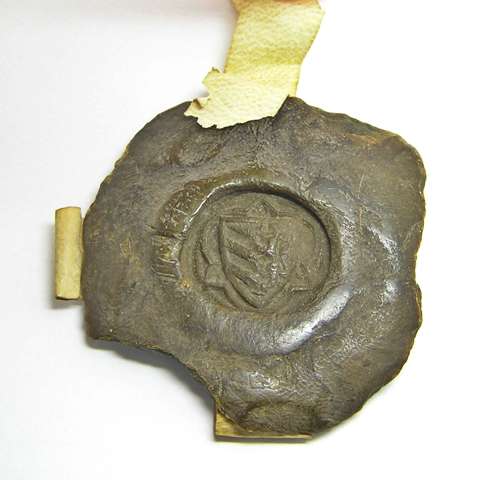 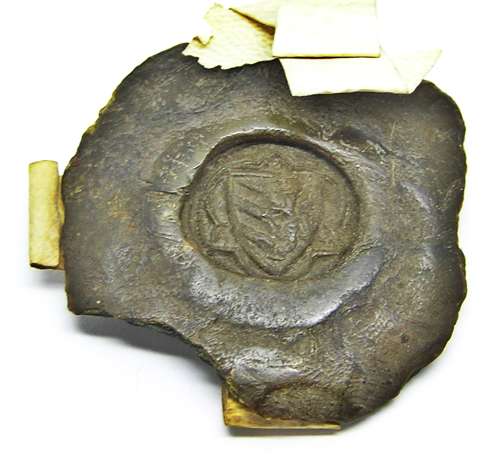