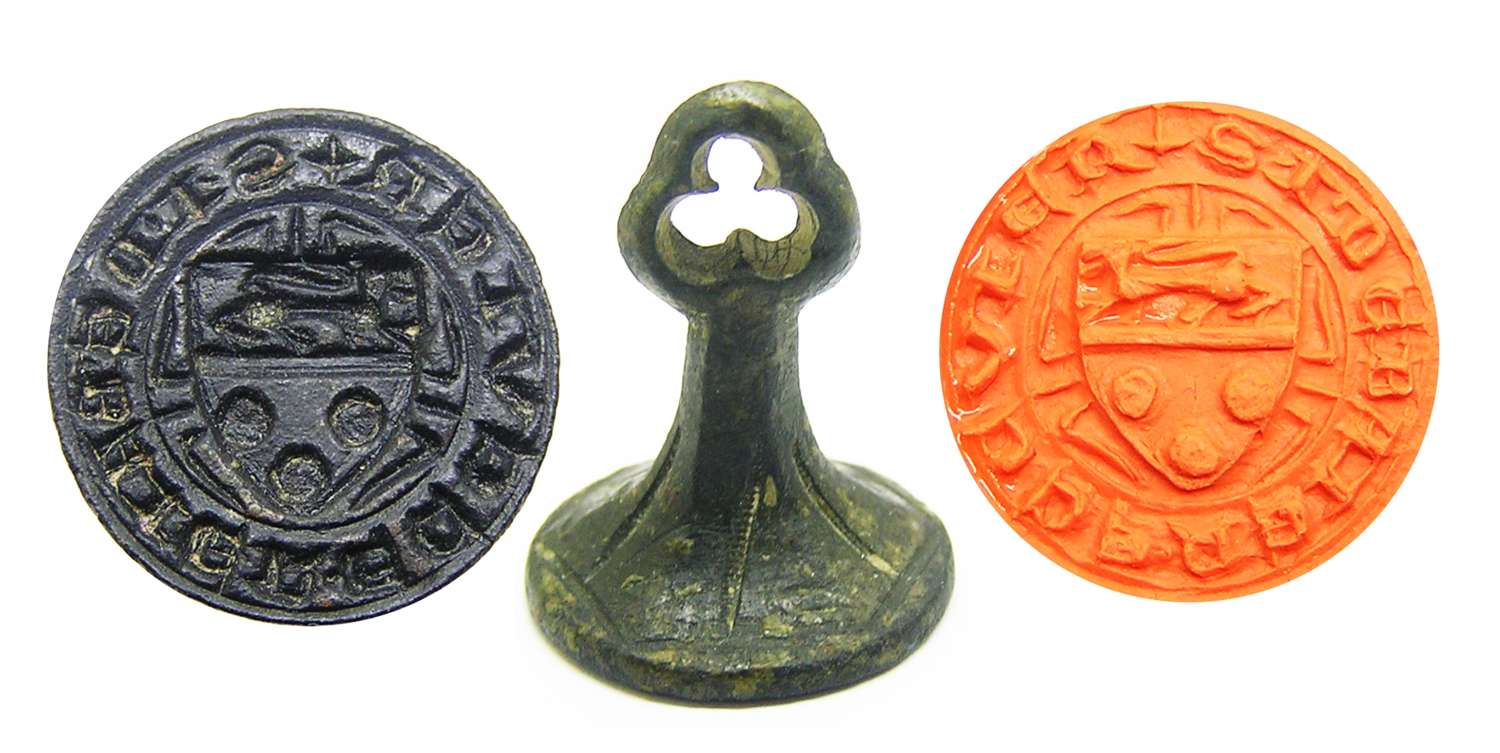 This is a medieval bronze armorial seal, dating to the 13th - 14th century. It would have once belonged to a knight, bearing his arms. The armorial displays as 'three bezants on a chief lion passant'.  The seal is inscribed with the owner's name in a form of 'Lombardic' script of the mid 14th century. This reads to me as "+S'I.DE.BRIE.REG.CVIER'. This appears to read as "The seal of Sir John de Brie Knight of the King" (REGI for King and the CVIER presumably for Chevalier?) This knight fell at the Battle of Poitiers in 1356 and mentioned in a list of names by Jean Froissart in his chronicles (see the last photo). The seal is of a 'chessman' type with a trefoil handle. This example is clearly intact and in perfect condition. Similar armorial seals have been recorded from Cambridge (SF-43A30C) and Northampton (IHS-0BB4C1). An excellent seal in perfect condition, worthy of further research.

PROVENANCE:  from a private collection of seals, France. 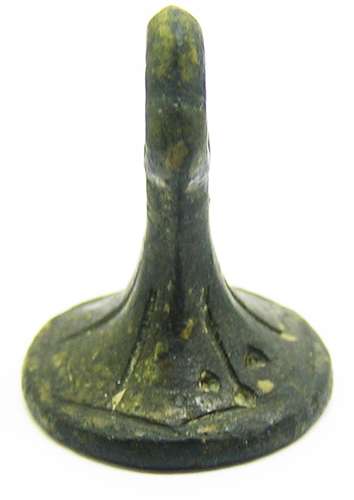 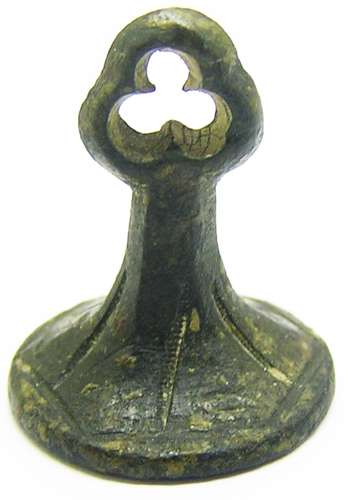 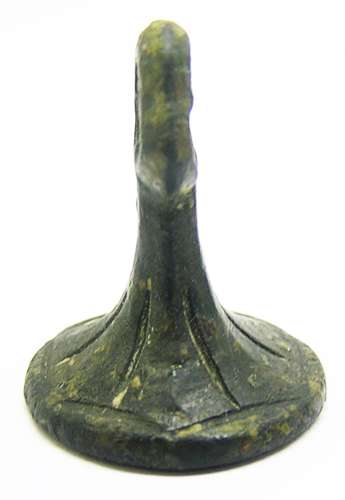 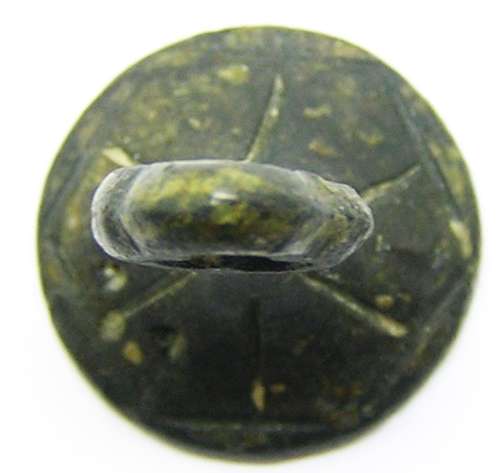 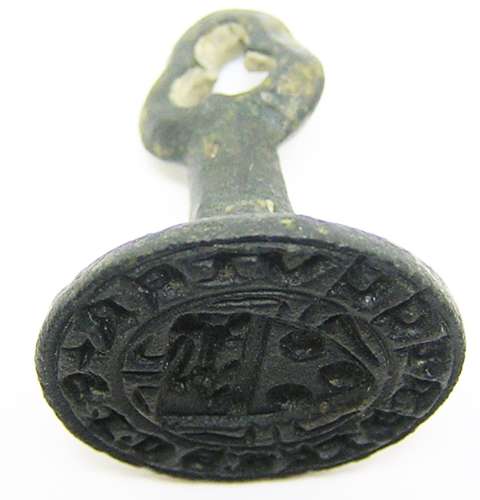 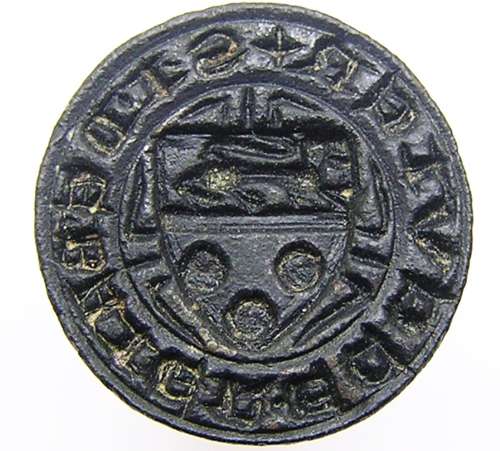 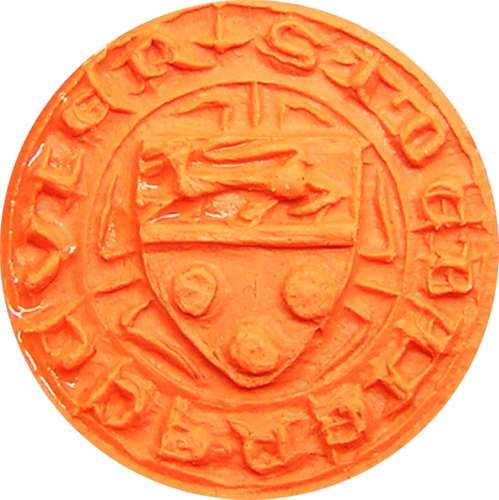