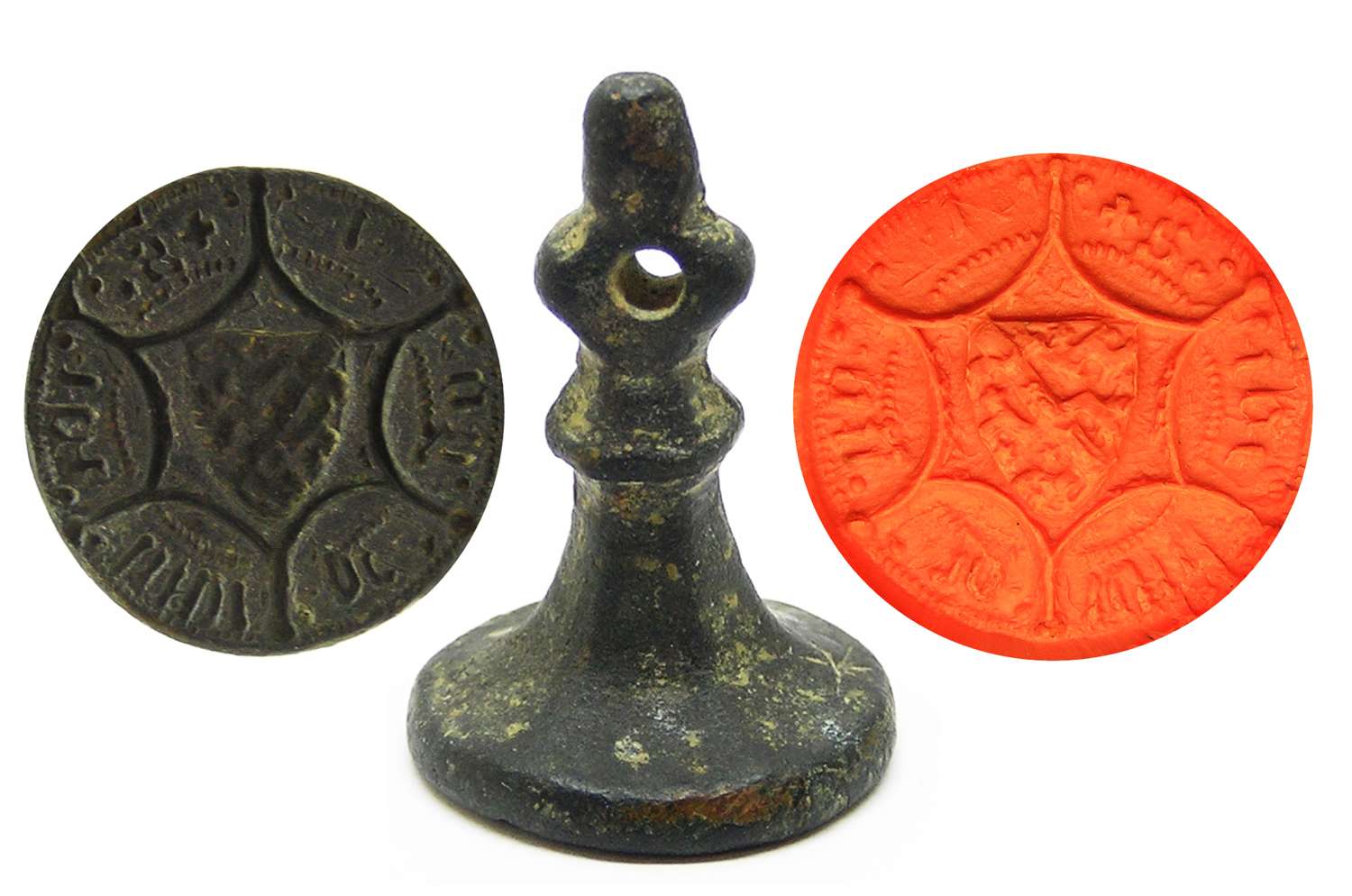 This is a rare medieval copper-alloy armorial seal, dating to the 15th century AD. The design is deeply cut, giving a crisp impression with a heater shield within an elaborate border. The owner of the seal is named in Black lettering as "S'Iohani de  dni" Seal of John of ?" The arms are complex and appear as "Barry of three dancetty between ten estoiles debruised by a bendlet with two martlets and a crescent" The seal is of a chessman handle, pierced for suspension. The seal is rather worn but intact. Rare and worthy of further research! 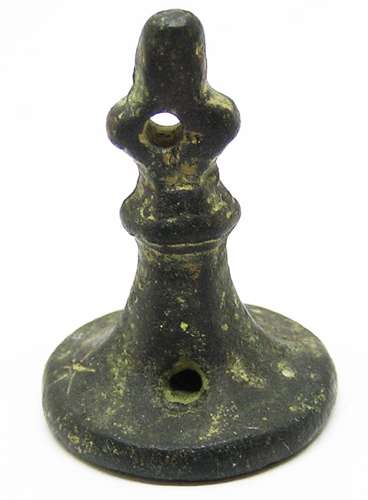 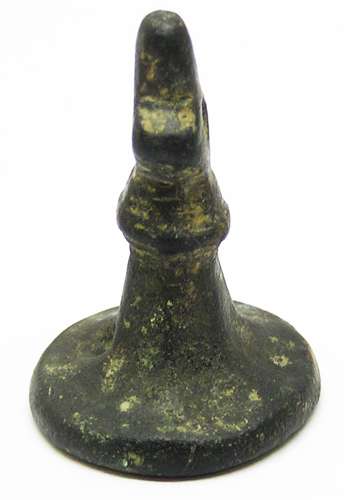 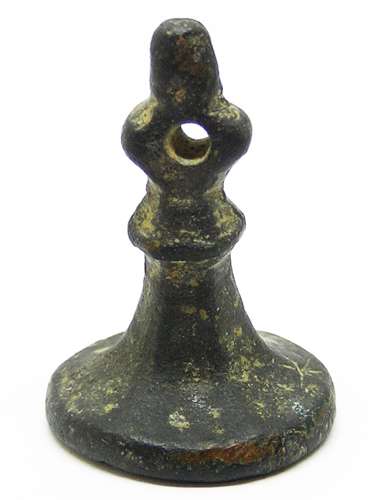 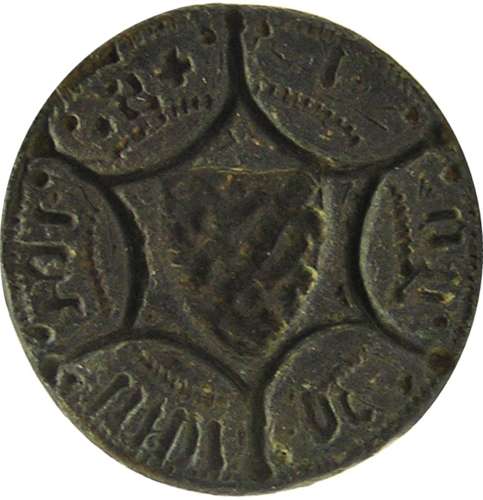 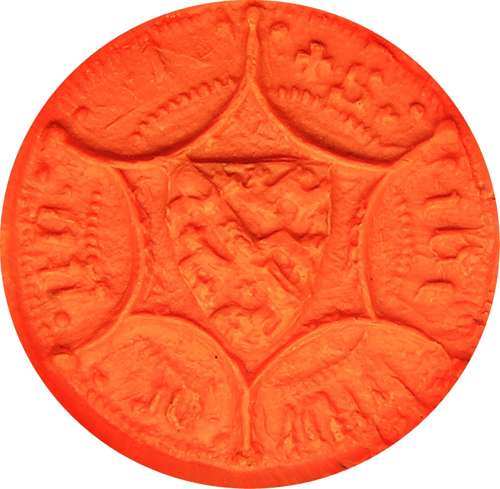