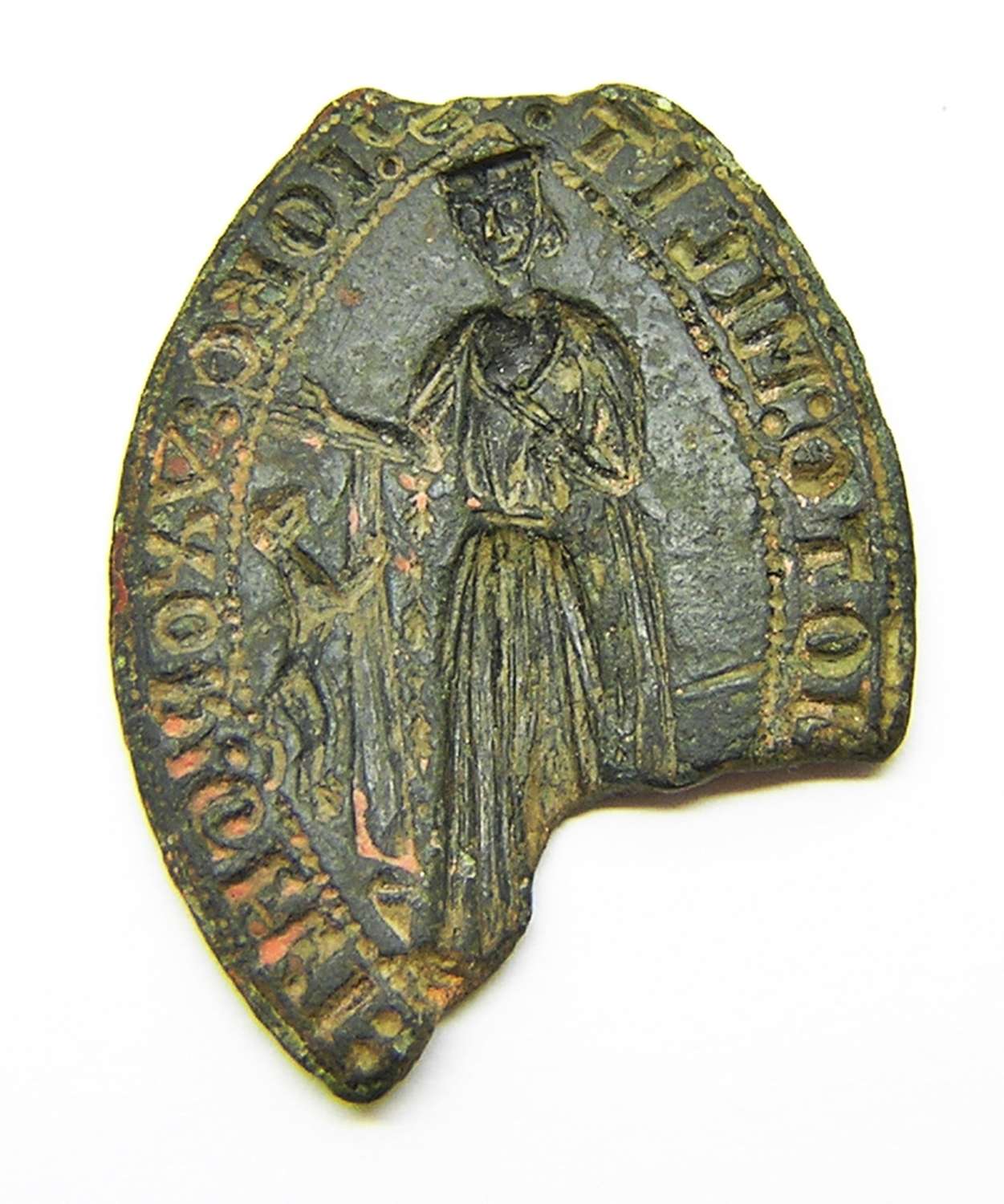 Medieval Lady Vessica Seal of the Wife of John the Knight

This is a very rare medieval bronze seal, dating to the early 13th century. The design is deeply cut, giving a crisp impression of a standing Lady and a faithful leaping dog. The owner of the seal is not named but her husband is. The inscription in Latin reads as "S:Iohe:Vxor.Glli:---------iote:MILLIT" with the missing section giving a surname or location the best I can come up with is this is the Seal of John's the Knights wife (Vxor) wife and (Millit) Knight

It is very rare to find depictions of ladies as good as this on seals, she is wearing a fashionable dress from the early 13th century wearing a barbette and coif, a sleeveless surcoat, gown, and mantle. You can see her hair tied up on the back in a crespine. The cloak is fur lined and this is clearly a representation of Ermine fur only worn by high-ranking nobility or royalty. The dog on this seal represents her fidelity and faithfulness to her husband. At this time being a Knight (Milit) he would be serving the King on Crusade.

On the death of the owner, the seal would have been deliberately broken up to prevent further use, the damage on this with two obvious blows would indicate this. Sadly I have been unable to fully research who she was with no given name, all we know is that she was of Noble or Royal birth and married to a knight called John!

PROVENANCE: From a private collection, in Paris. France. 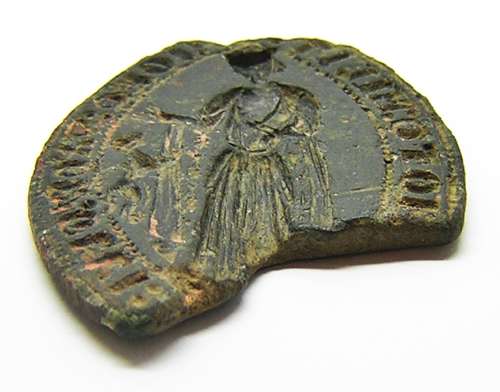 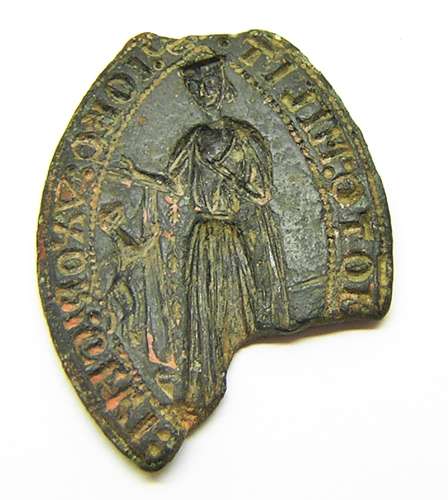 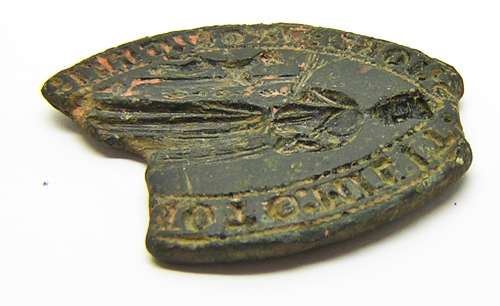 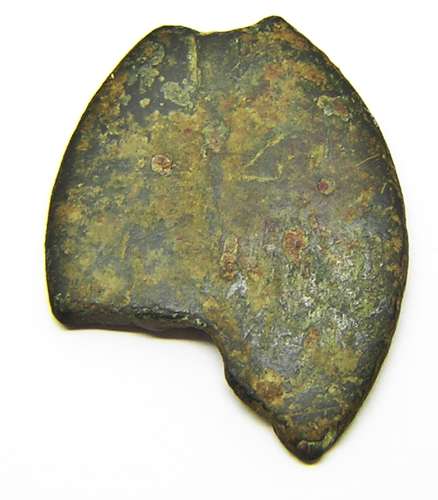 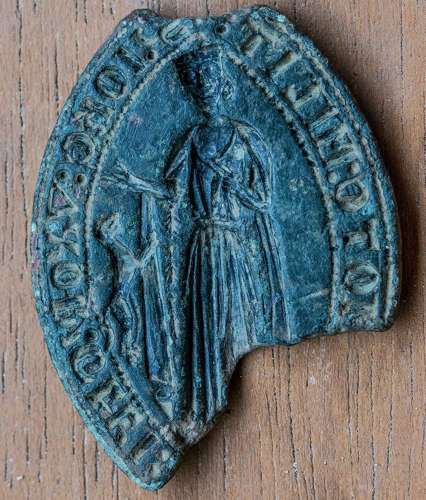 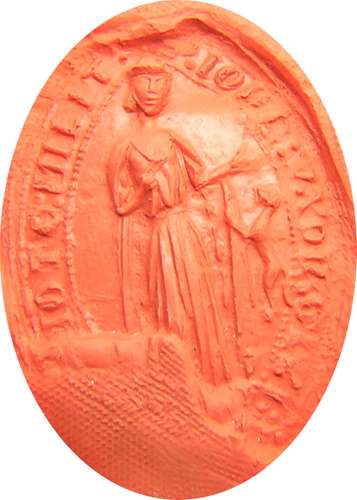