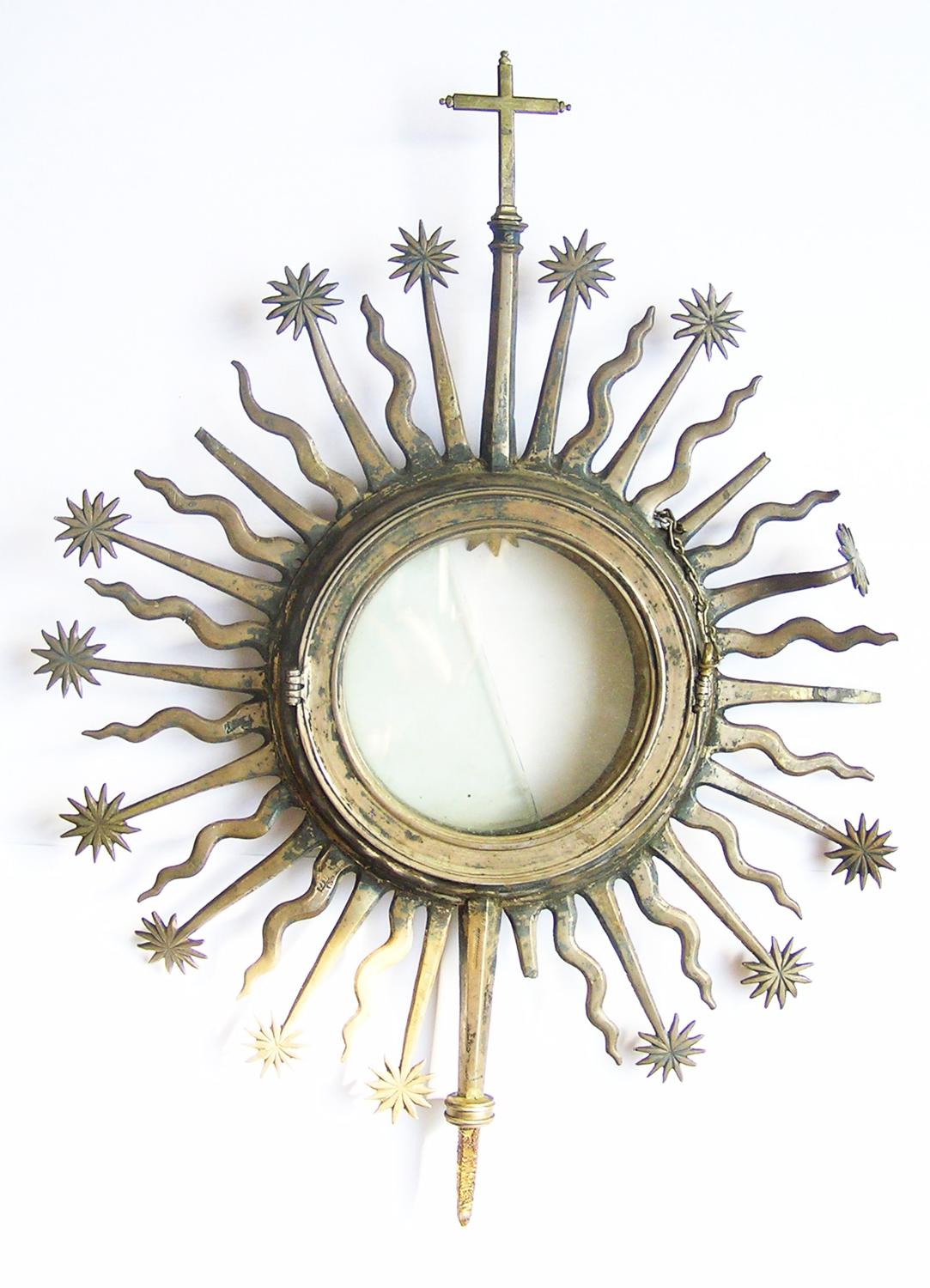 This is a rare silver-gilt ecclesiastic monstrance, dating to the mid 16th - 17th century. It is missing the base, either of silver or mounted to a wooden pole for a procession or private worship. It appears to be relatively intact for a period piece of such a great age, some losses of the 'suns' and a few bends to the rays. One of the glass panels is broken in half, the other intact and securely attached. It bears an early crowned leopards head hallmark, unusual for this type of object, along with an unidentified makers mark. The crowned leopards head would suggest this piece had been assayed at the London mint at some stage, possibly during the reign of Queen Mary who was Catholic and enabled such objects to be used and venerated.

The function of a monstrance is to display the Sacred Host, bread which is miraculously transformed into the body of Christ during the service of Mass. The Host would have been placed inside the window. This example may have been placed on the altar as a focus for worship during the service of Benediction or held up during church processions for all the congregation to see.

The sun is often used as a symbol of Christ's regeneration and radiance. Monstrances made in the shape of the sun were very popular after the Counter-Reformation, an intense period of reform within the Roman Catholic Church from the 1540s. Such monstrances featured during the annual feast of Corpus Christi (meaning 'body of Christ').

The fact that this example bears a London mark and is missing the stand, may indicate it had once belonged to a Recusant family, whereby it was dismantled in a hurry to be secreted within the walls or under floorboards - this may also explain the damage? 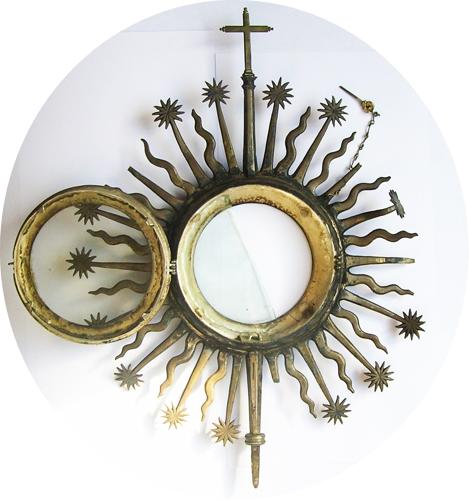 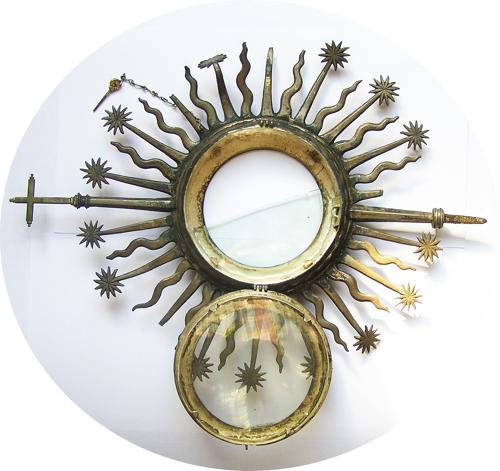 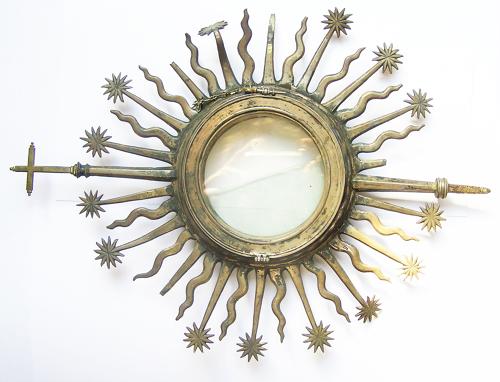 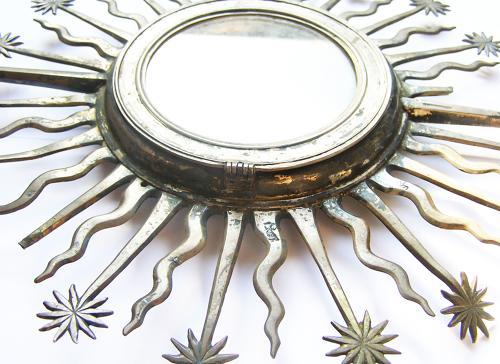 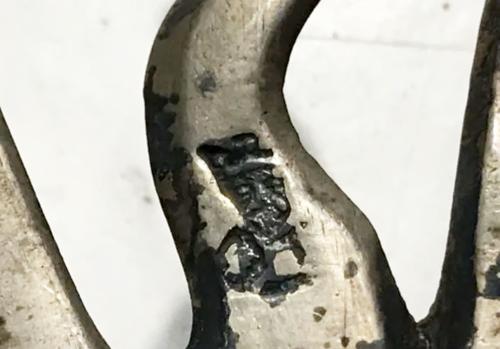 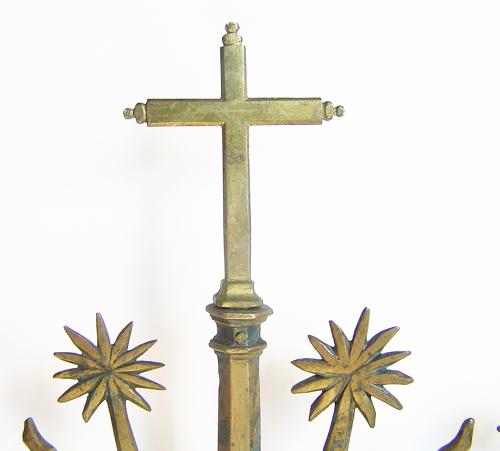 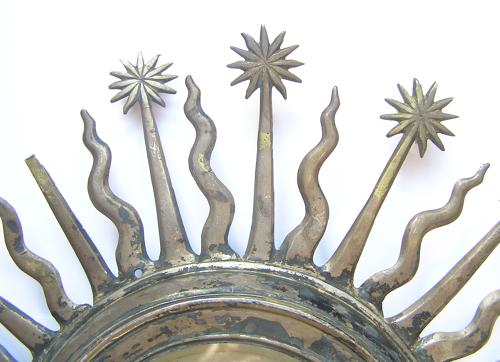 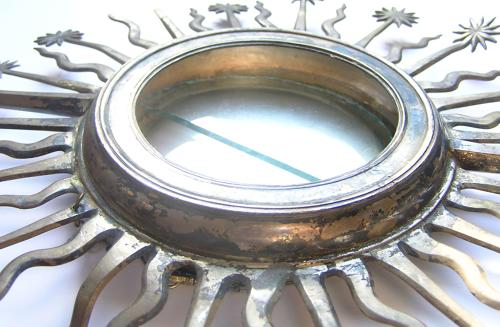 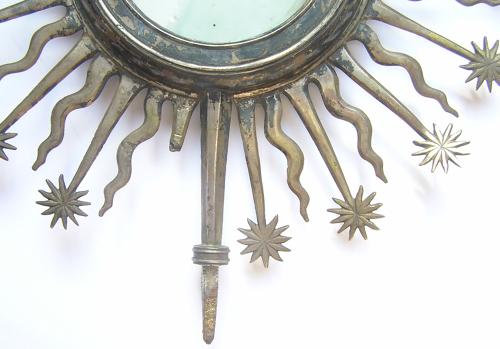 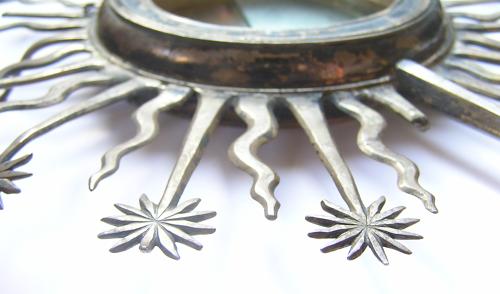 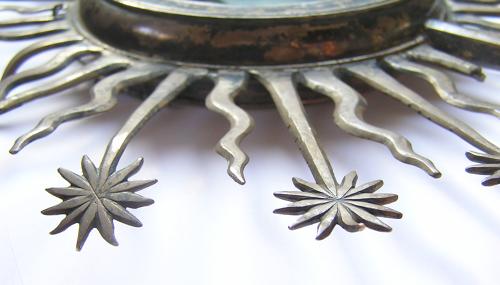 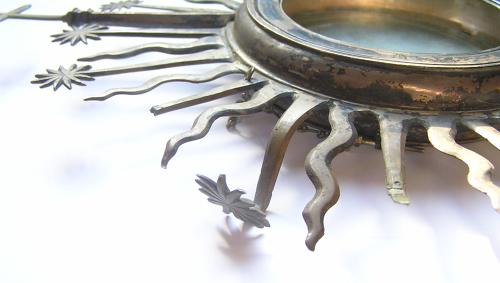