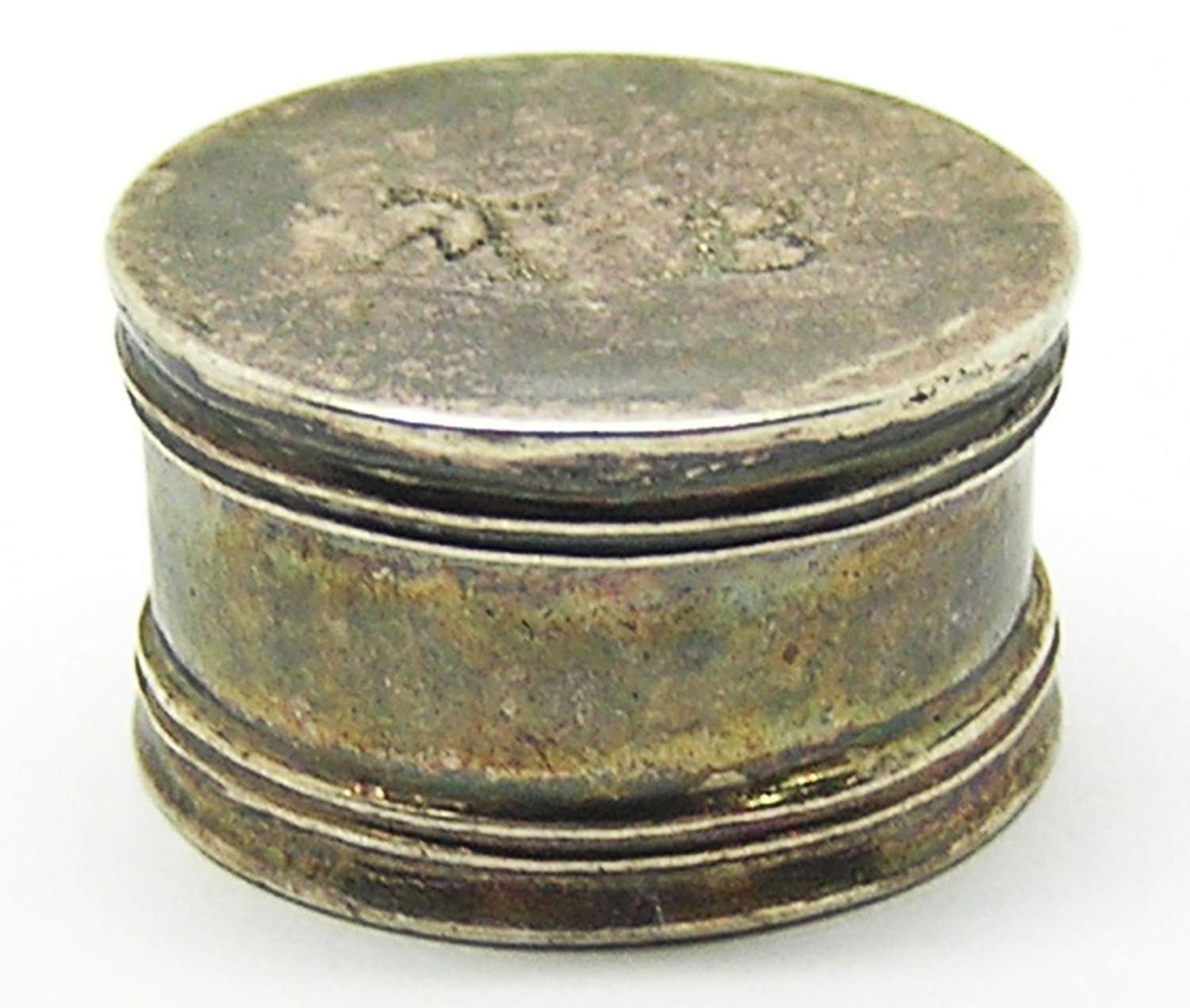 This is a simple yet tactile silver box, dating to the 16th century. The box is unmarked, but early pieces seldom were at this date. It is decorated with the owner's initials in Lombardic script A.B. Such boxes could have been used to store medicine, contain portrait miniatures, or even a finger ring. Bacio-boxes during the Renaissance were thought to contain kisses (or once opened the recipient to be gifted a kiss!) as such they would often accompany letters gifted between lovers. The style of script on this box would suggest the early 16th century and is comparable with that of King Henry VIII and Anne Boleyn 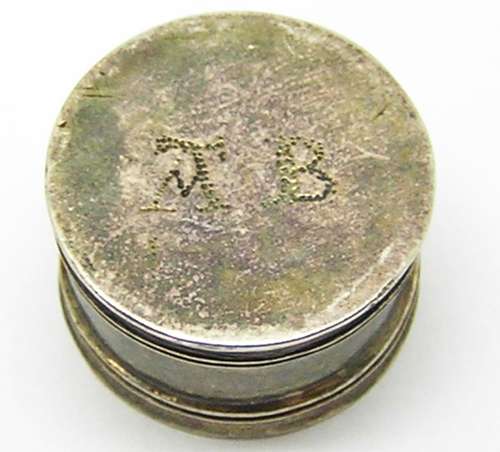 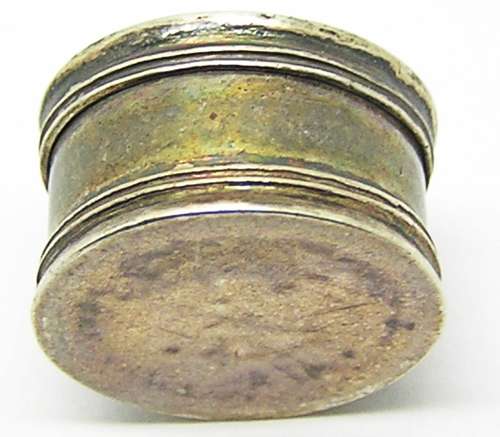 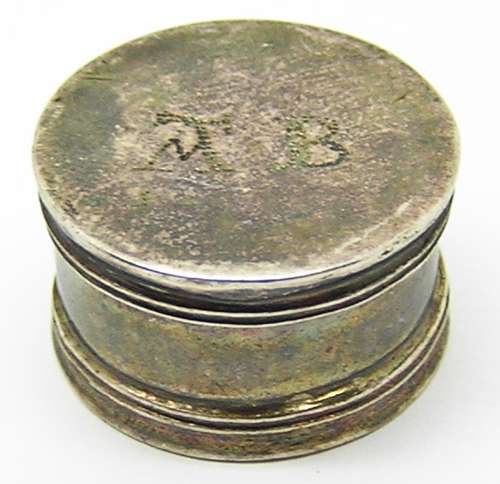 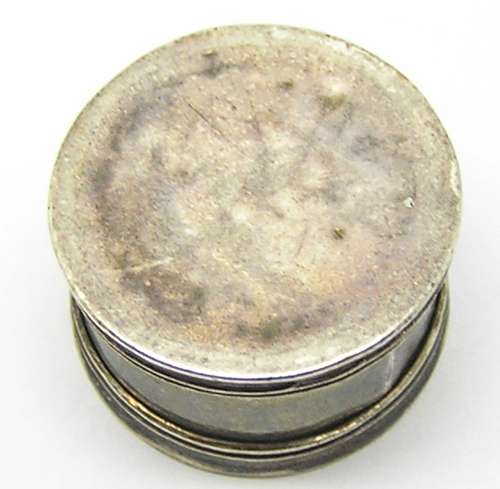 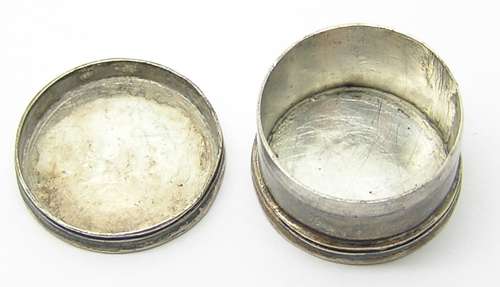