Handwritten document with royal signature of Philip II of Spain signed "Yo el Rey", Madrid, March 28, 1588. Beautiful 2-page document, signed by his secretary Franciso González de HEREDIA, with a large paper stamp with the Royal arms. Document in favor of "Francisco Hurtado de Mendoza Marqués de Almacán thirteenth of the Order of Santiago, Commander of the Council of State of His Majesty" in relation to the Order of Santiago in the Councils of State and War and as President of the Council of Orders. Handwritten with clean and neat 16th-century calligraphy. Dimensions: 44 x 30 cm. In good state. Accompanied by an almost complete transcript. This would have been issued in the months prior to the Armada and during planning and funding of it. Nice and Rare! 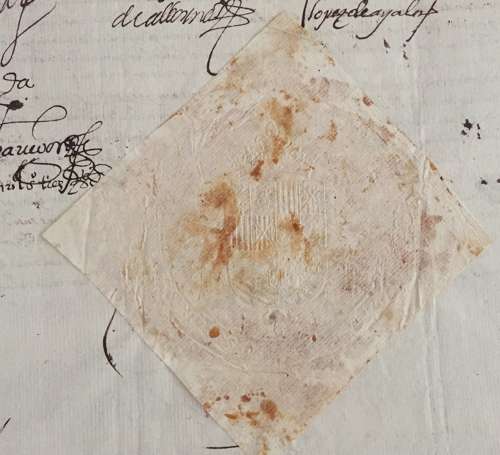 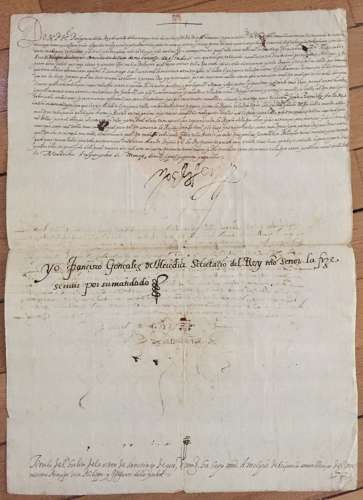 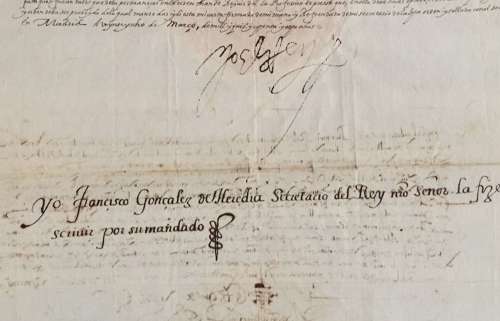