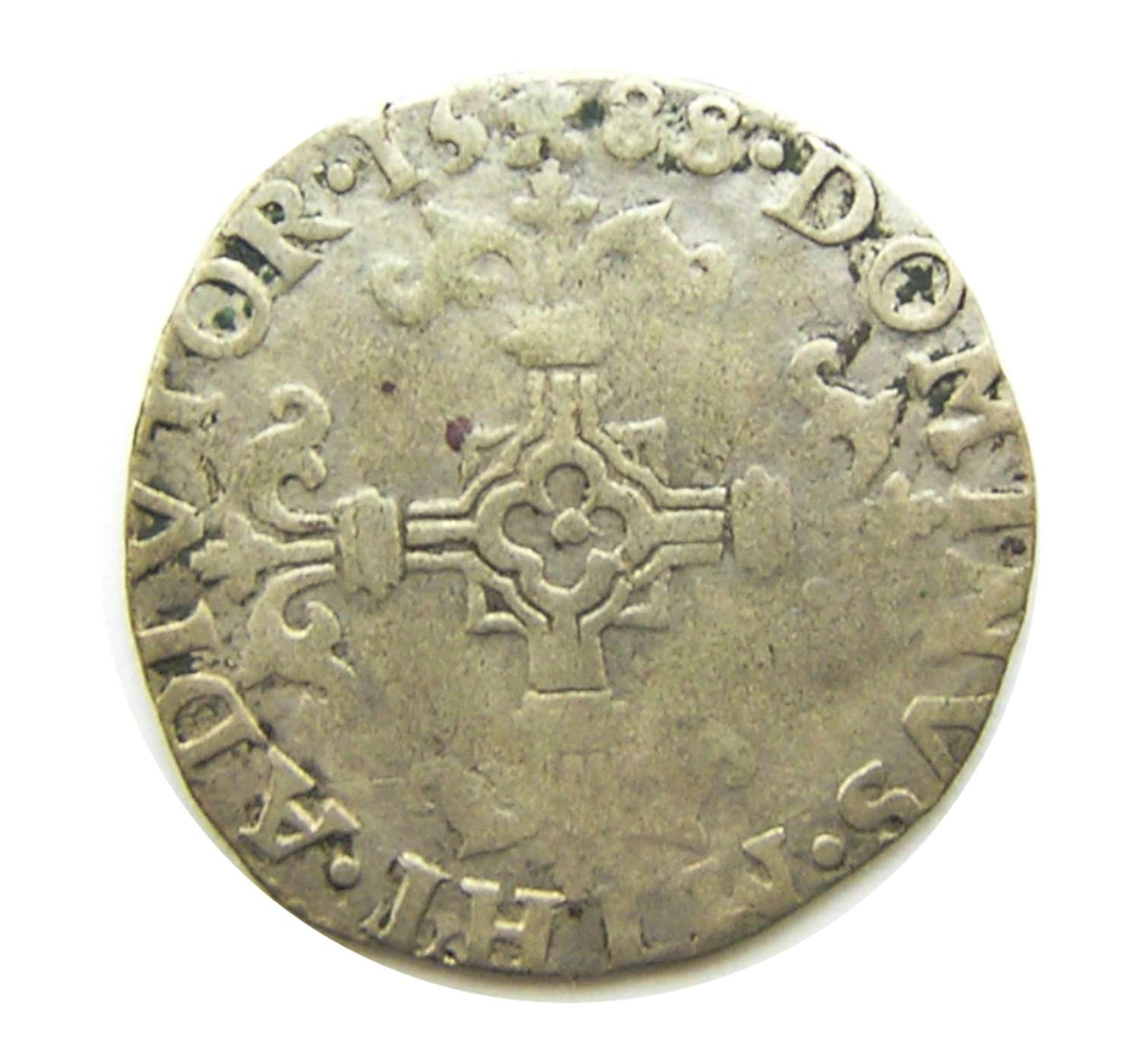 This is an original Spanish 1/20 Escudo coin, minted in the Spanish Netherlands during the reign of King Philip II. The obverse of this coin displays crowned the royal Habsburg arms of King Philip. Reverse a floriated cross with the date above. This is 15 "a Tower" 88 for the year 1588. During this year Philip launched the Spanish Armada to invade England. His troops had to meet with the Fleet in the Netherlands. 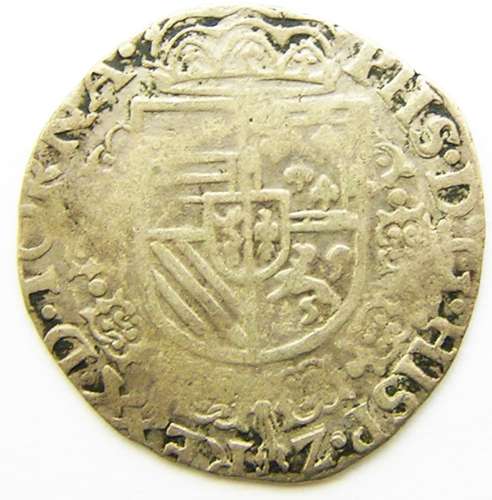 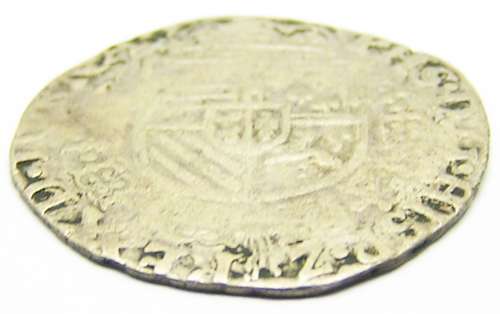