The Garnet Millennium by Noël Adams

This essay provides an introduction to the following paper by Adams, Lüle, and Passmore which presents the results of the pilot phase of a project at the British Museum to scientifically analyse the garnet seal stones in the museum’s collections. This project, called Garnets: Classical, Eastern and Medieval (hereafter GCEM), was initiated in 2009 and aims to create a reference database of the chemical composition of garnets across the millennium in which this gemstone was intensively used. Garnet intaglios date from the late 4th/early 3rd centuries BC to the 6th century AD in the Classical West (the Etruscan, Greek, Roman and Early Byzantine periods) and from the 2ndcentury AD to the 6th or 7th century AD in the East (the Kushan, Sasanian and Hunnic periods). The British Museum is particularly well-placed to carry out this research as its various departments hold major glyptic collections from all these periods.

This work can be viewed in full  at the following link 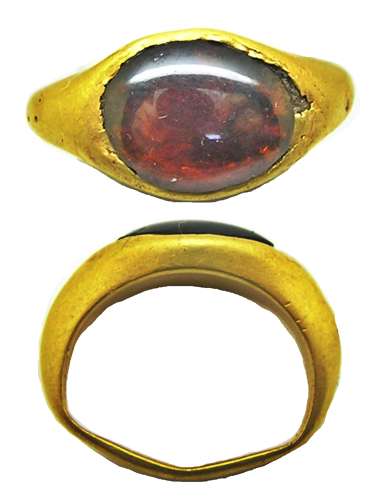