This is a nice medieval gold finger ring, dating to the 13th - 14th century A.D. This example is still set with the original dark green emerald paste, within a rubbed over mount.

This ring is of the type known as a 'Stirrup' ring, named by Victorian collectors during the 19th century (due to the shape resembling horses stirrups). Further research and study into this genre of ring, has concluded the 'stirrup' shape is likely a representation of Gothic arches, as found in the ornate windows of Cathedrals of the period. Such rings are often associated with the ecclesiastic community, found on sites belonging to the church such as Abbey's and Nunneries. This is a large example designed for a man to wear, thus likely once owned by an Abbot or Prior.

Today this ancient ring has survived the ages remarkably intact, a few light scuffs from its time in the group but perfectly wearable. 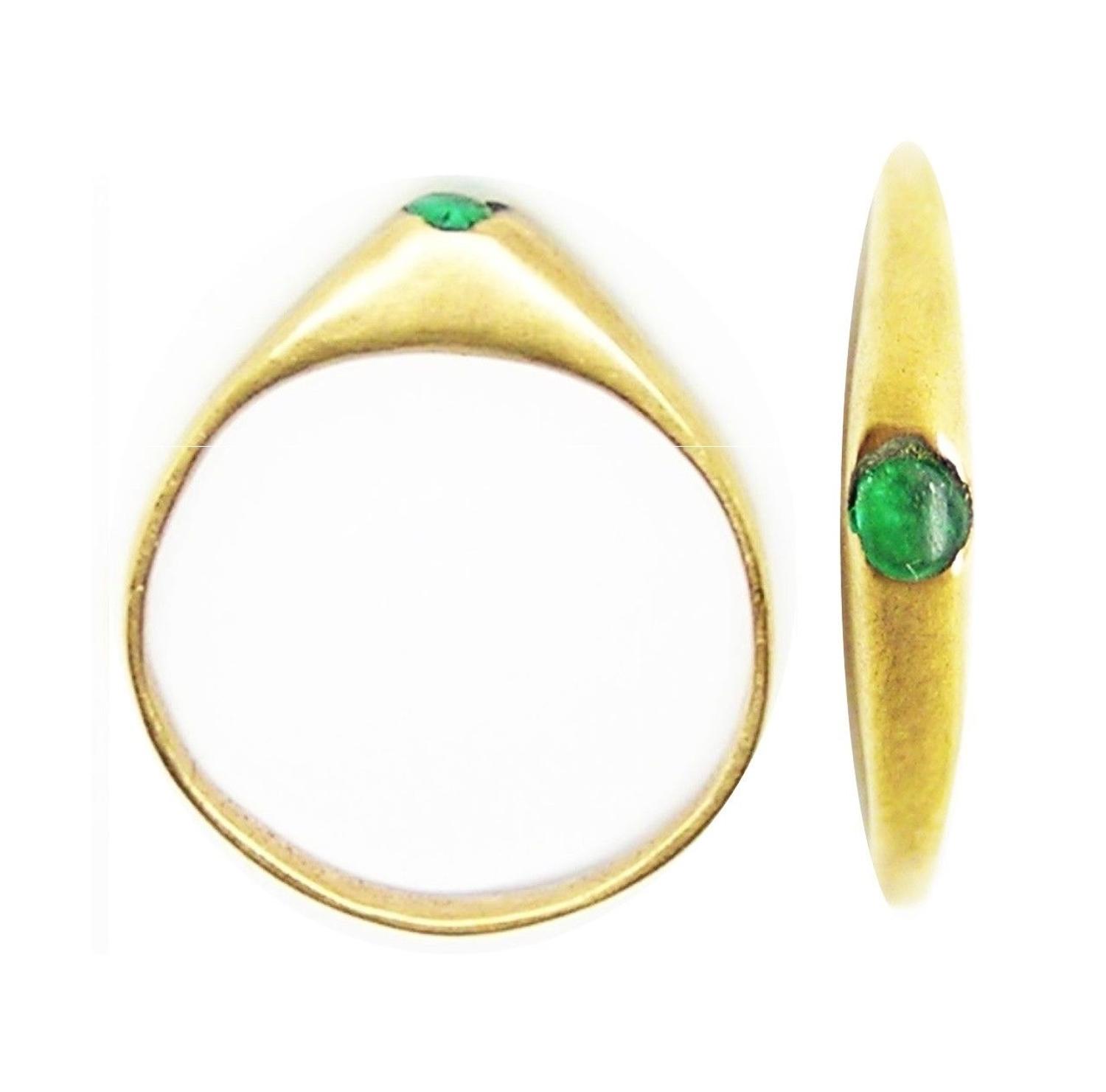 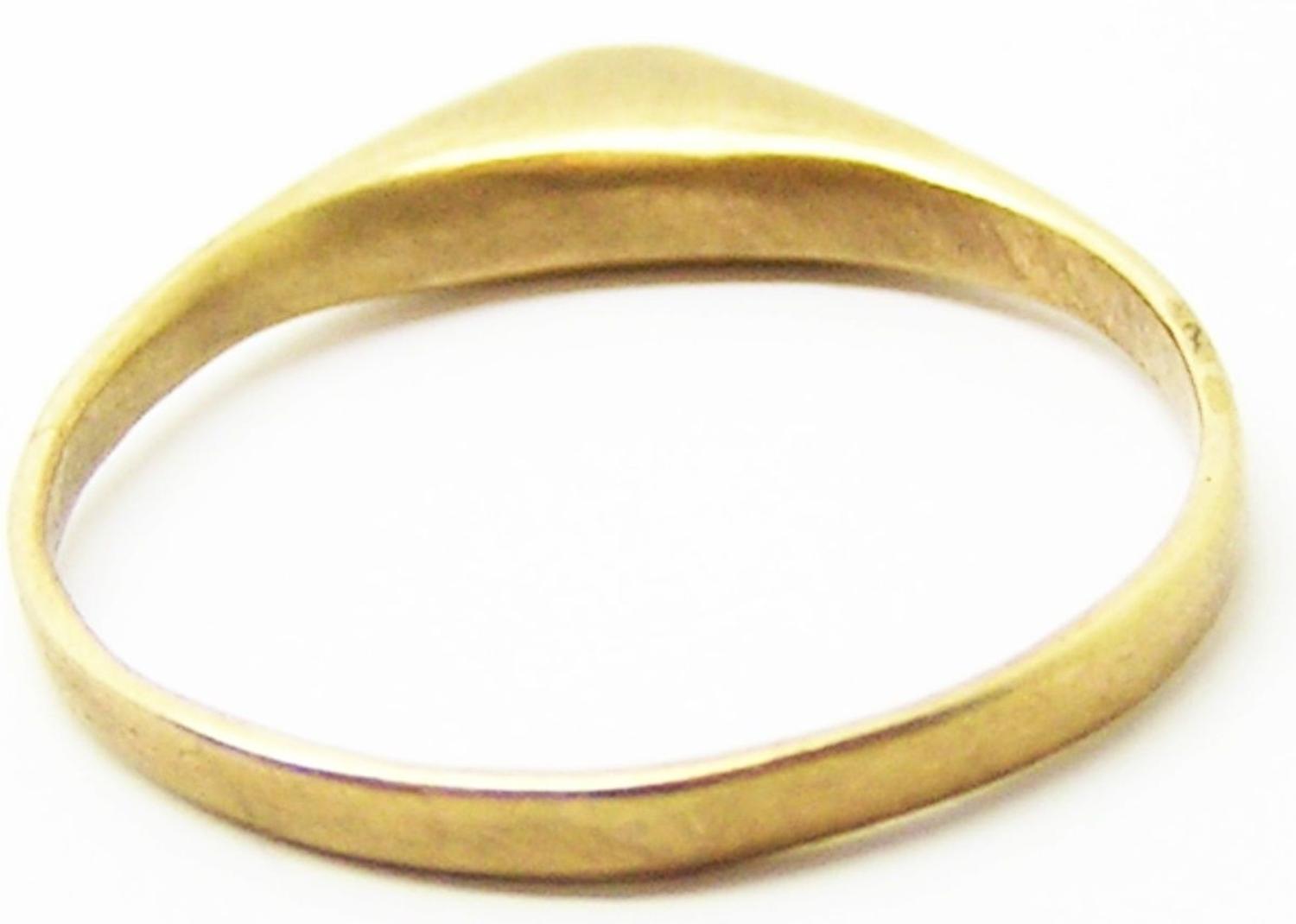 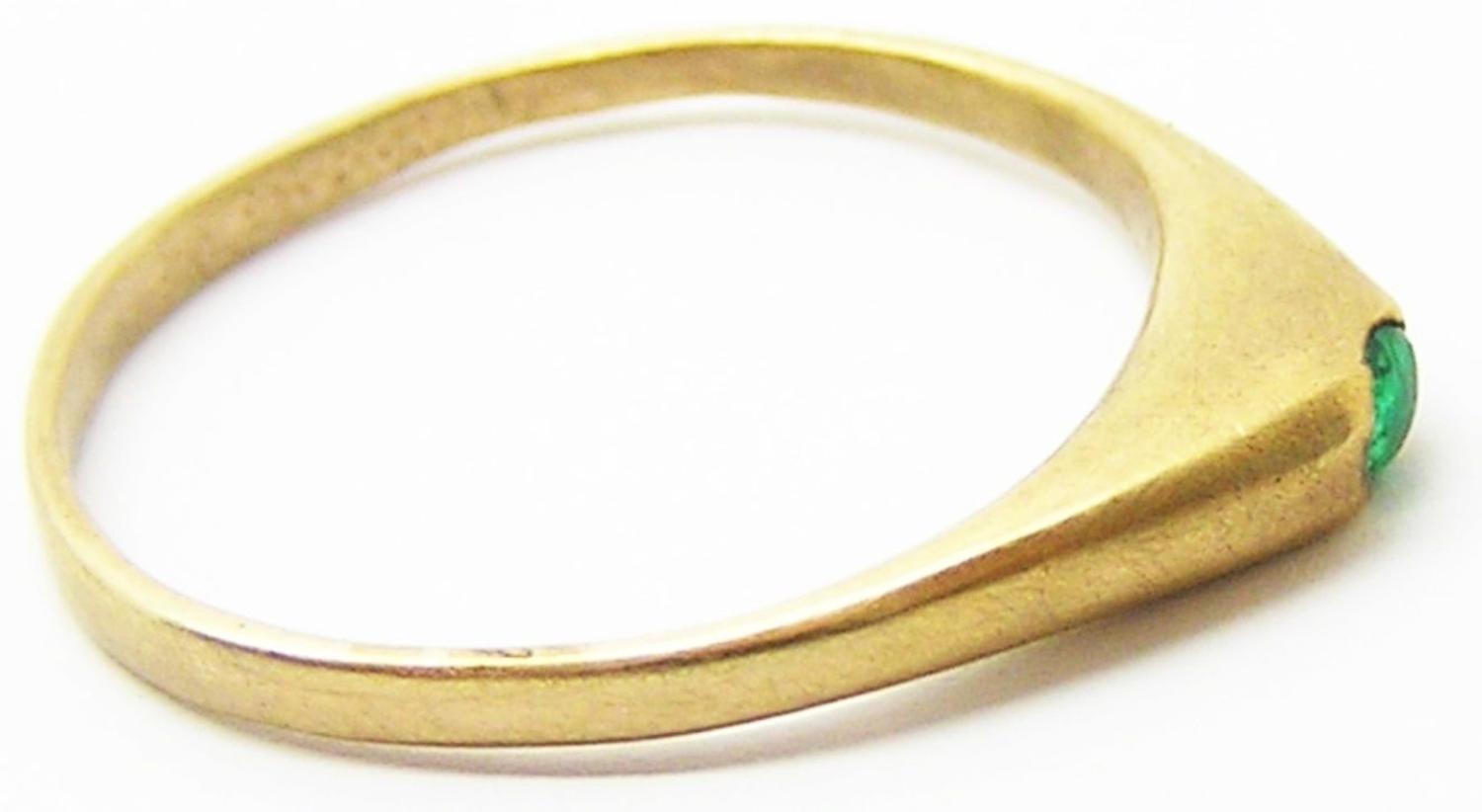 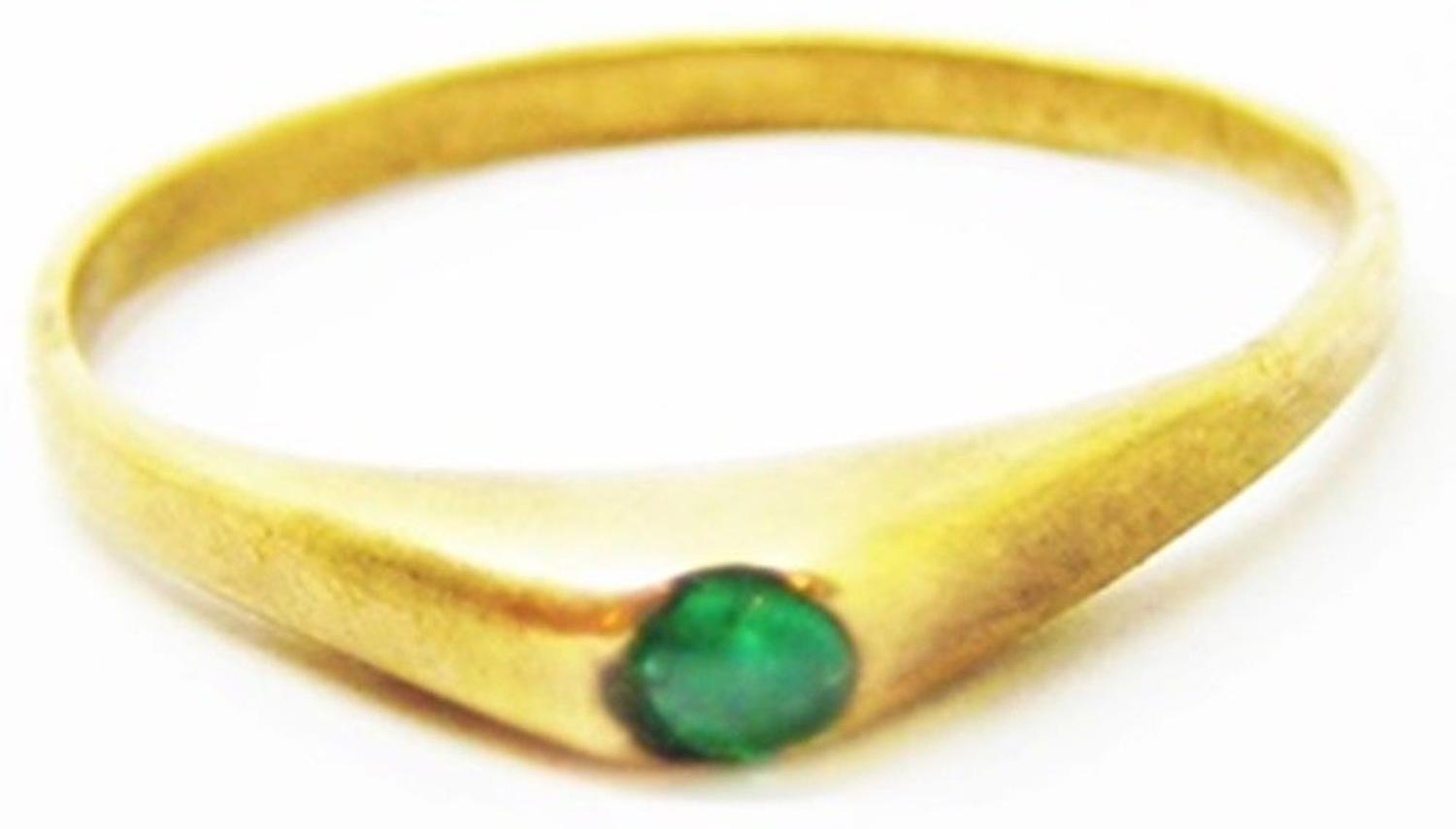 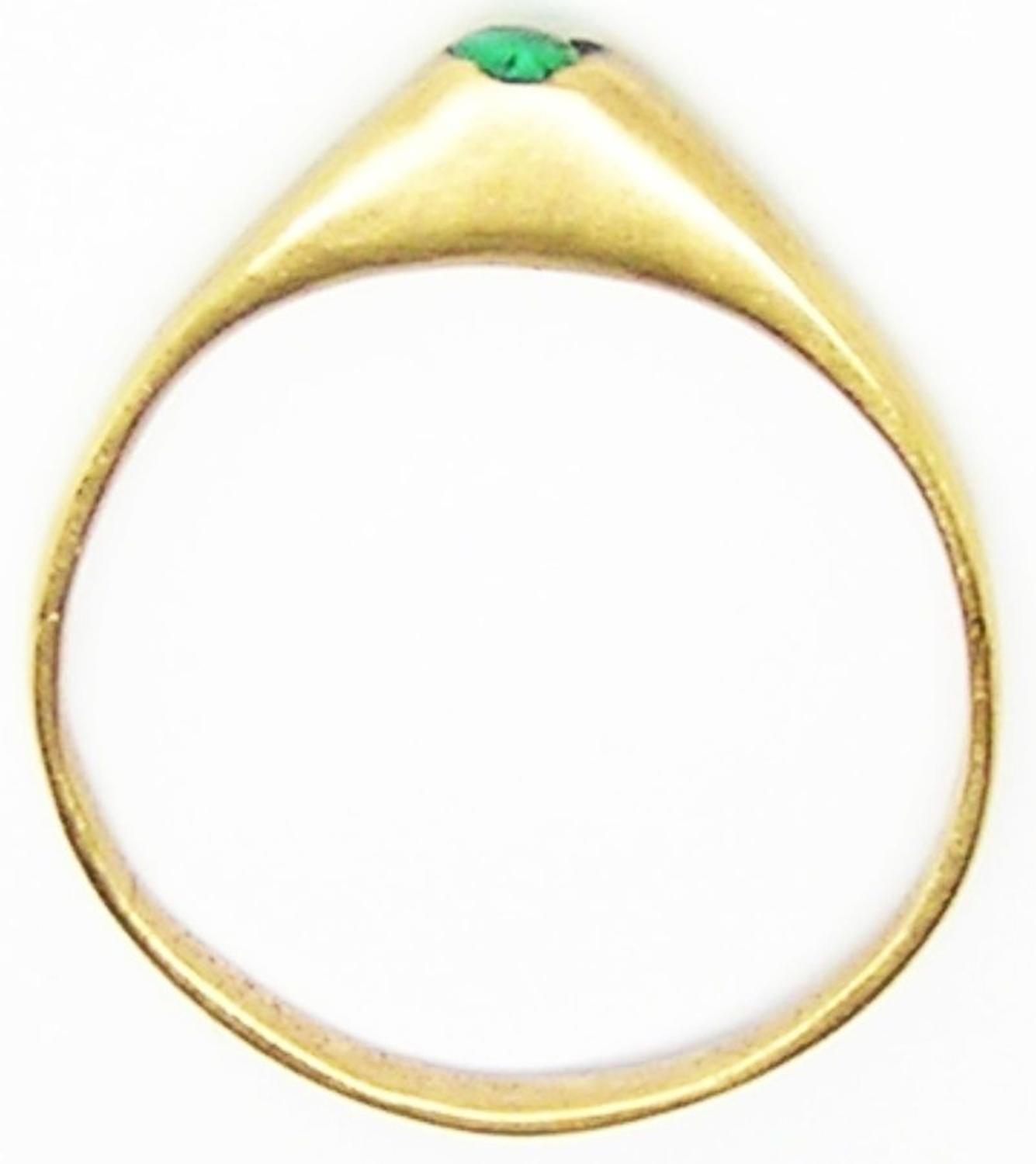 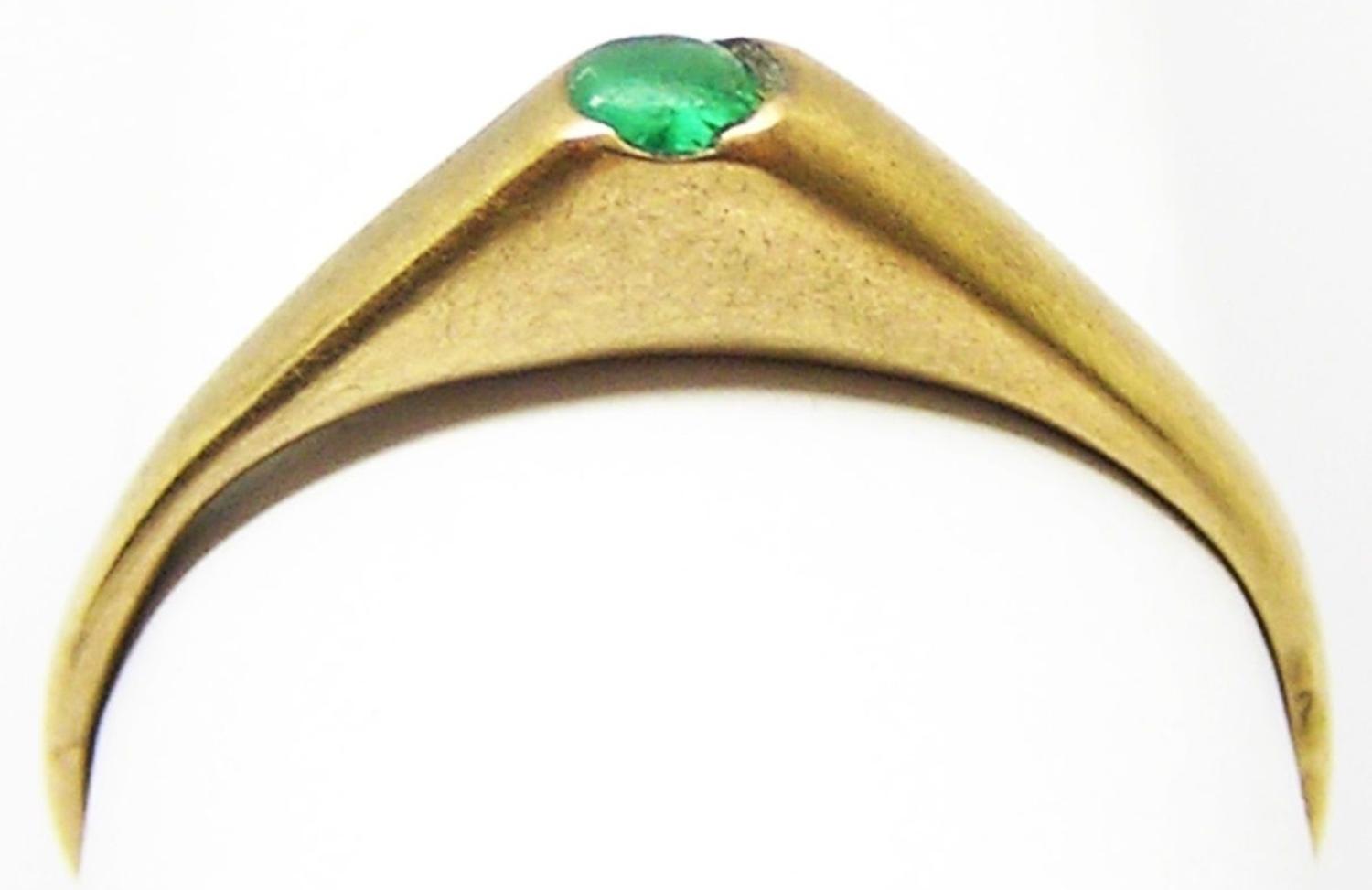