This is a medieval English gold Angel, minted in London between 1471 - 1483. It was struck at the Tower of London during the reign of King Edward IV (Second Reign) during the Wars of the Roses.This coin was a detector find, sadly broken in half. The detail is very clear and would have graded an easy VF if intact. The legend is identical to the coin illustrated in Spink (2091) which has the mint-mark of pierced cross and pellet (giving a more precise date of 1477 - 1480). The damage brings this coin down to a more affordable price from £2500 as it is booked at. The coin is suitable as a 'space-filler' to a collector. 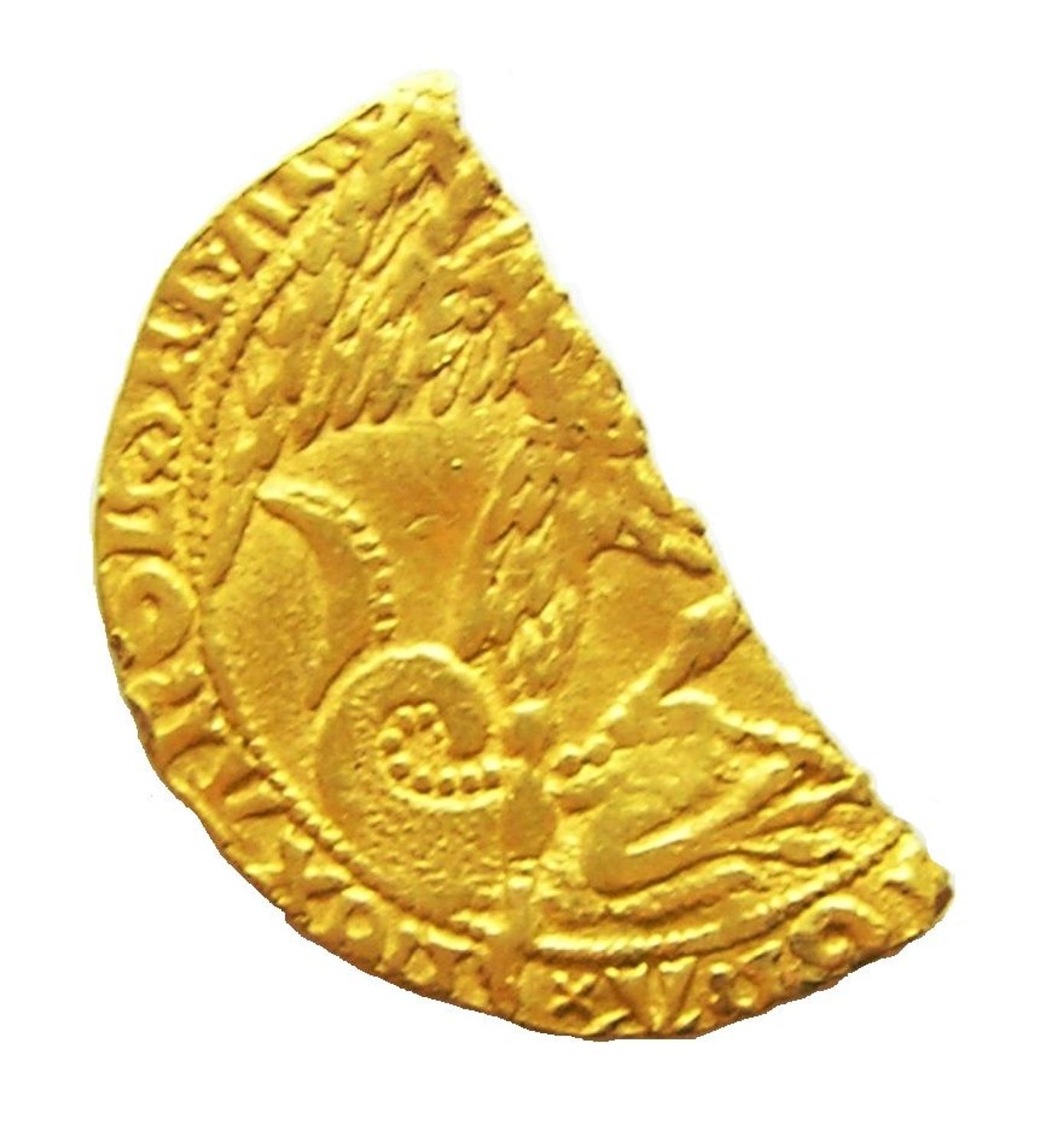 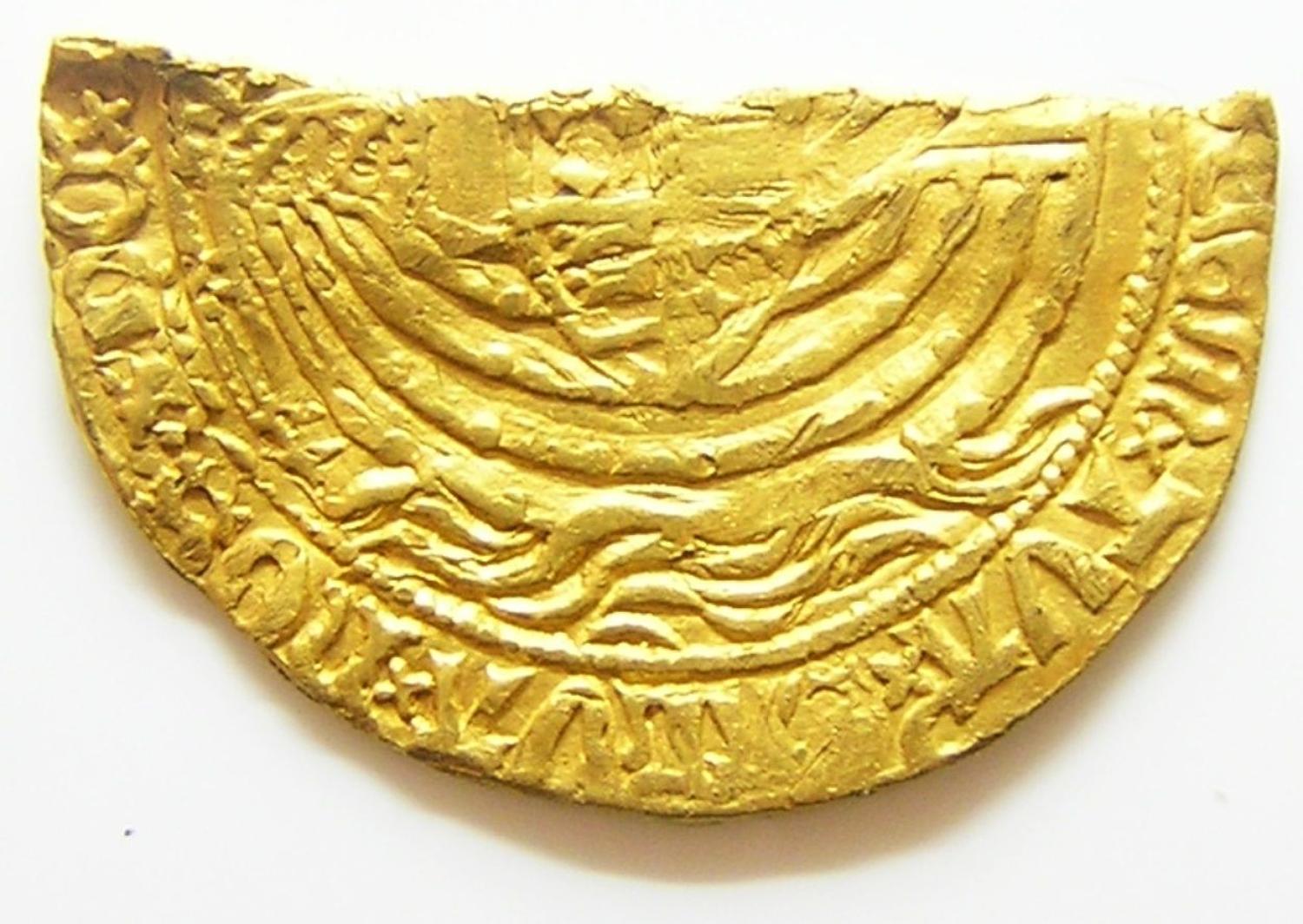 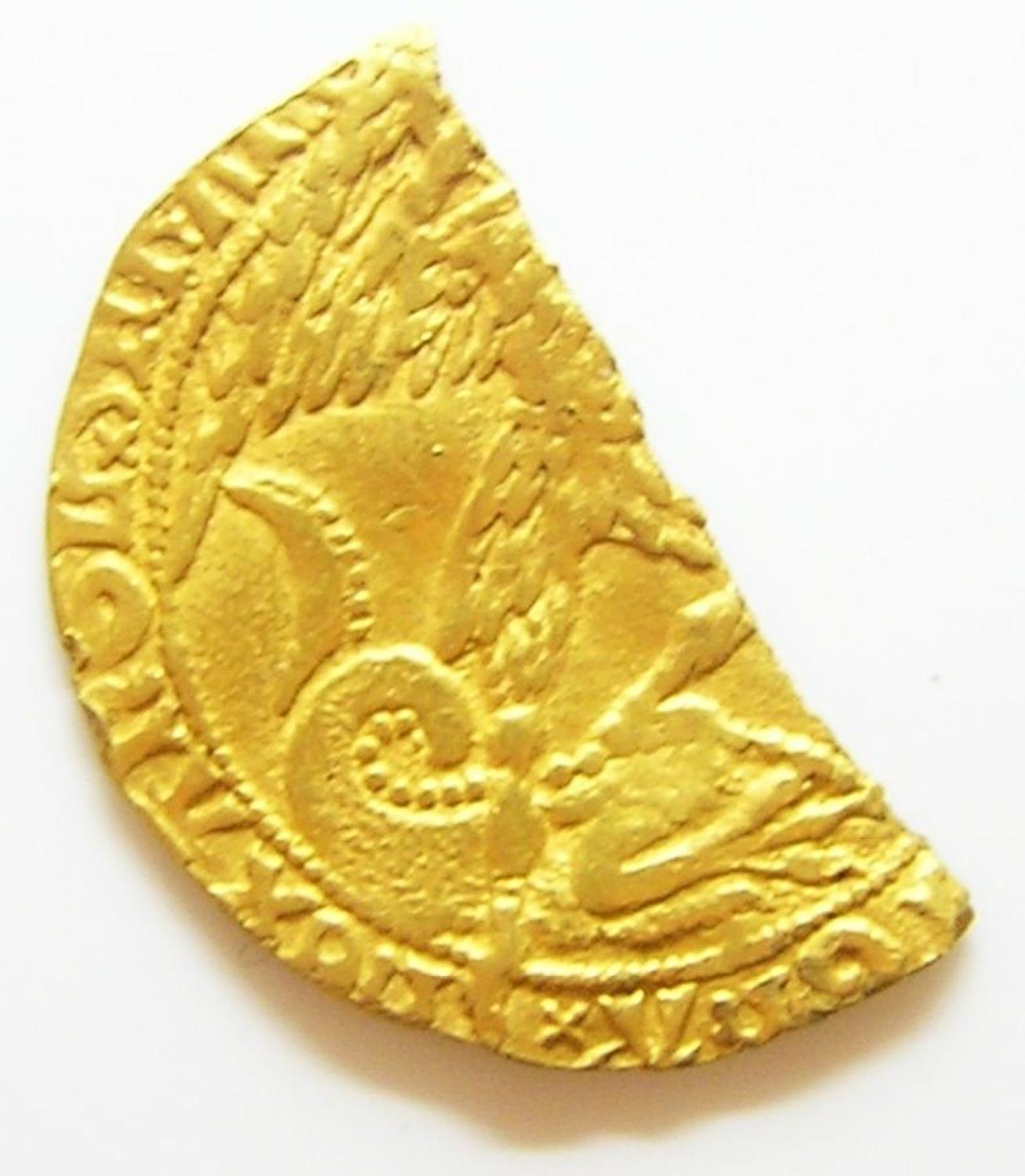