This is a nice Renaissance silver-gilt finger ring, dating to the 16th - 17th century A.D. The ring has a round bezel, decorated with the Christogram "IHS" device. The shoulders are also decorated in the form of leaves, possibly representing laurel leaves (as on a wreath).

This ring has survived intact and in excavated condition, the lower band is distorted and has an impact crack (this can easily be repaired by a competent jeweller and worn again quite safely). 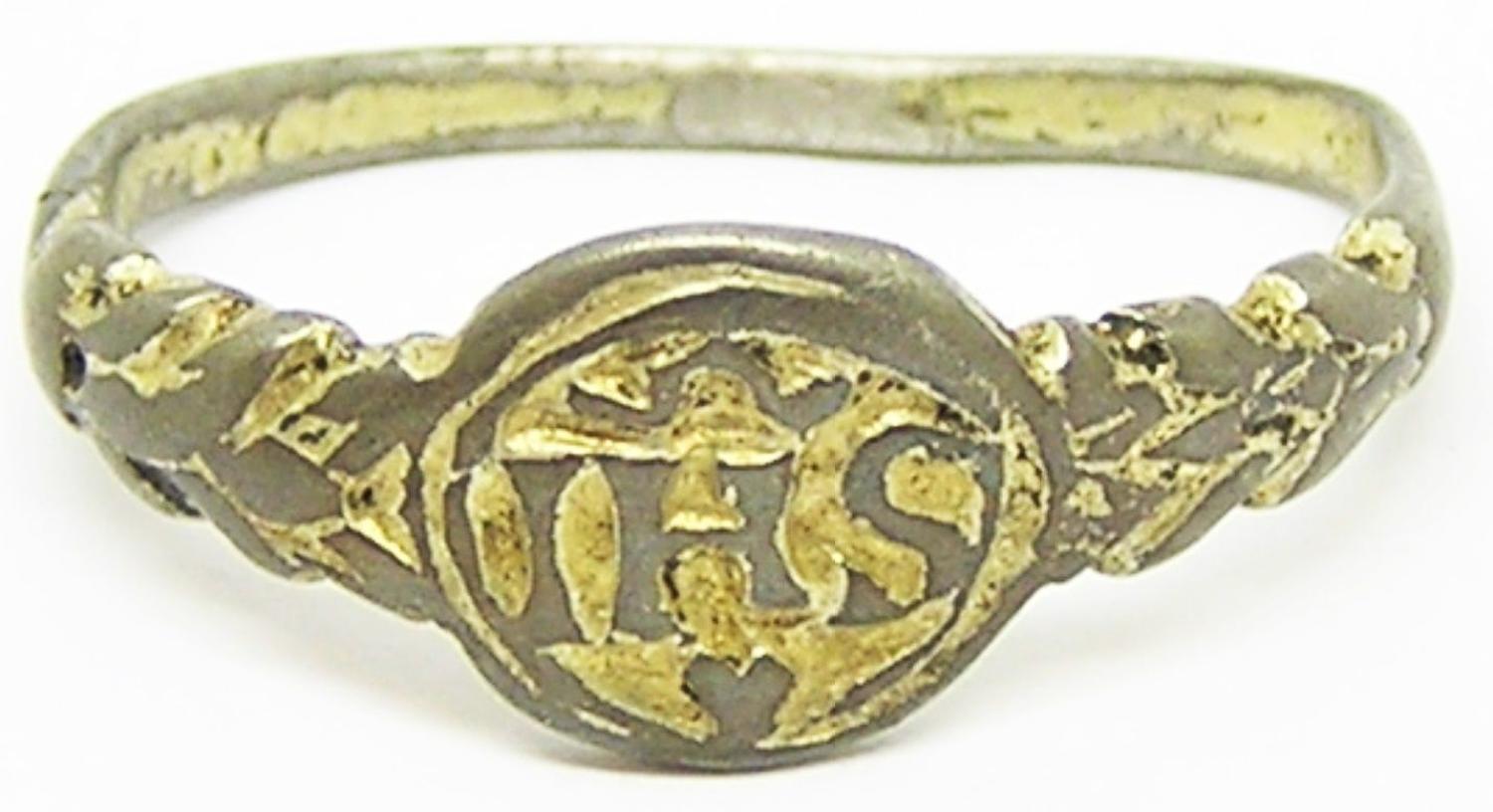 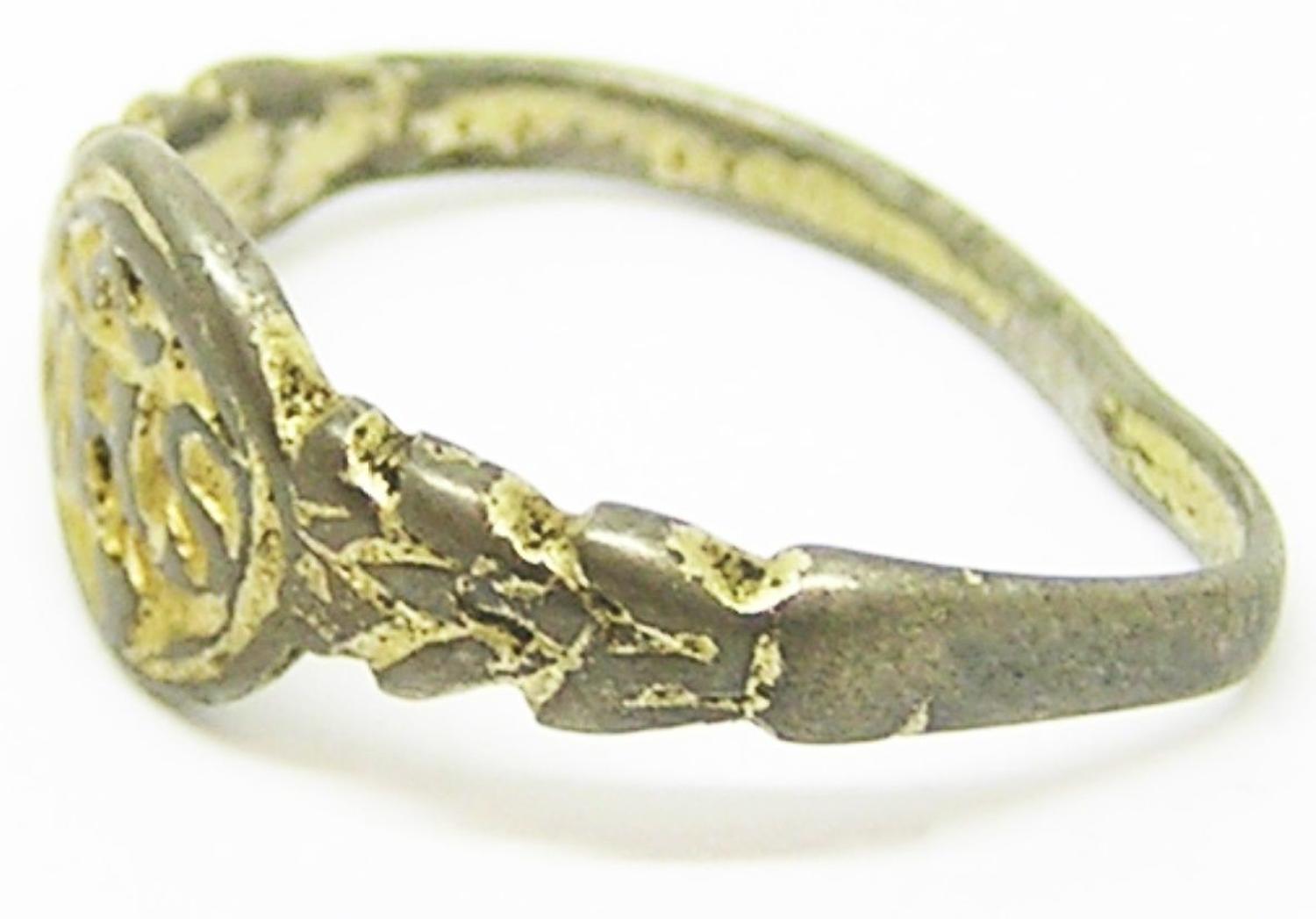 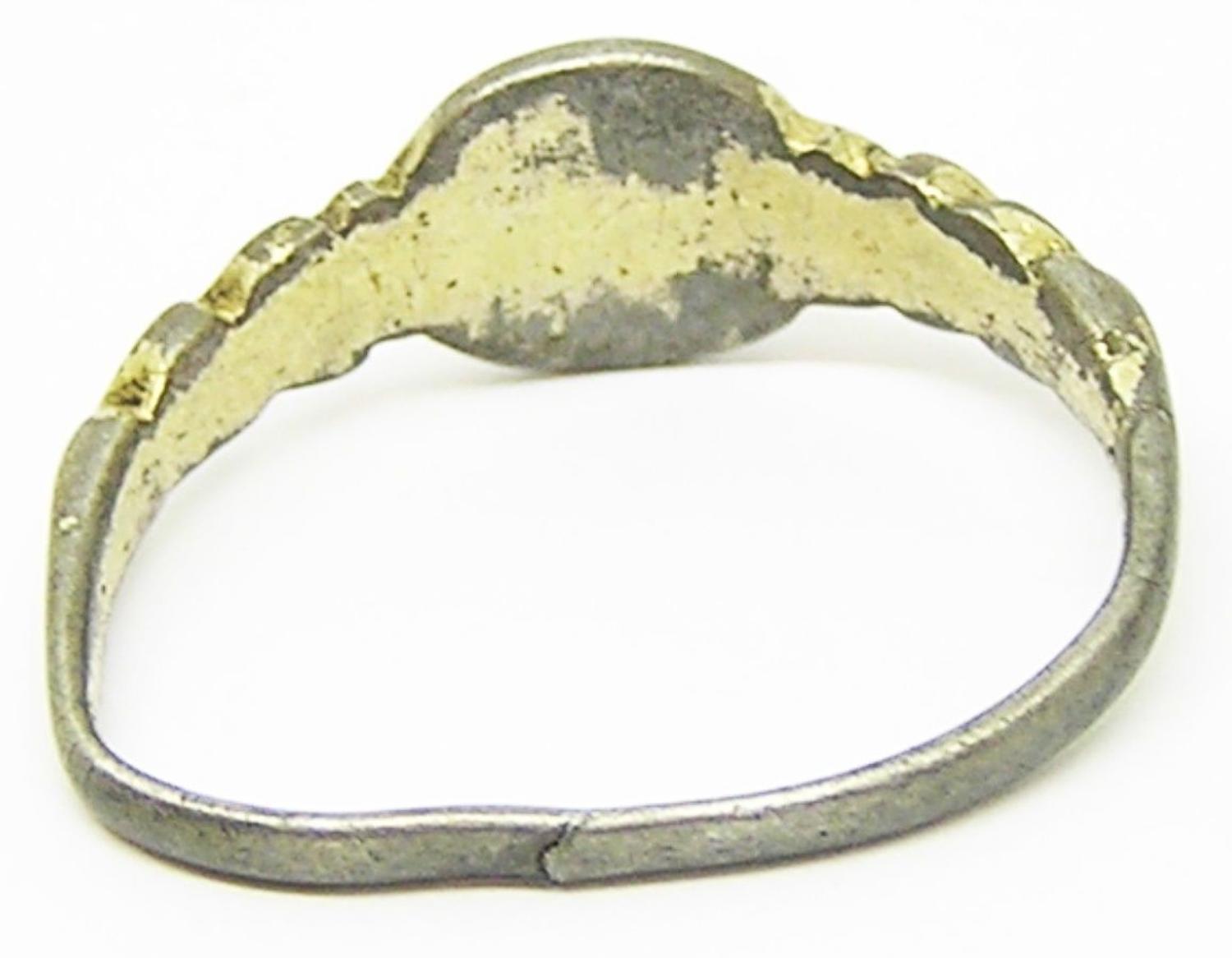 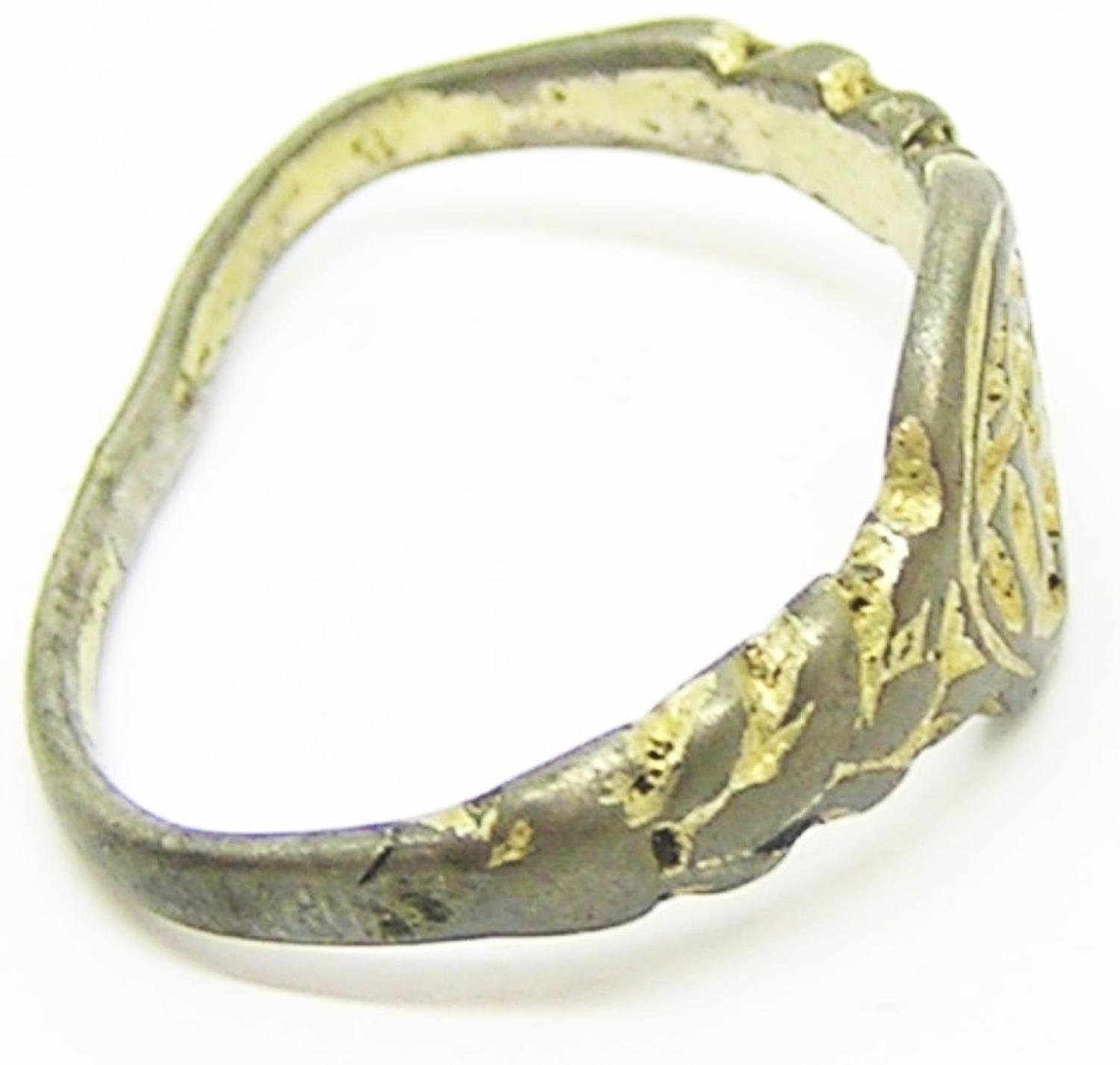 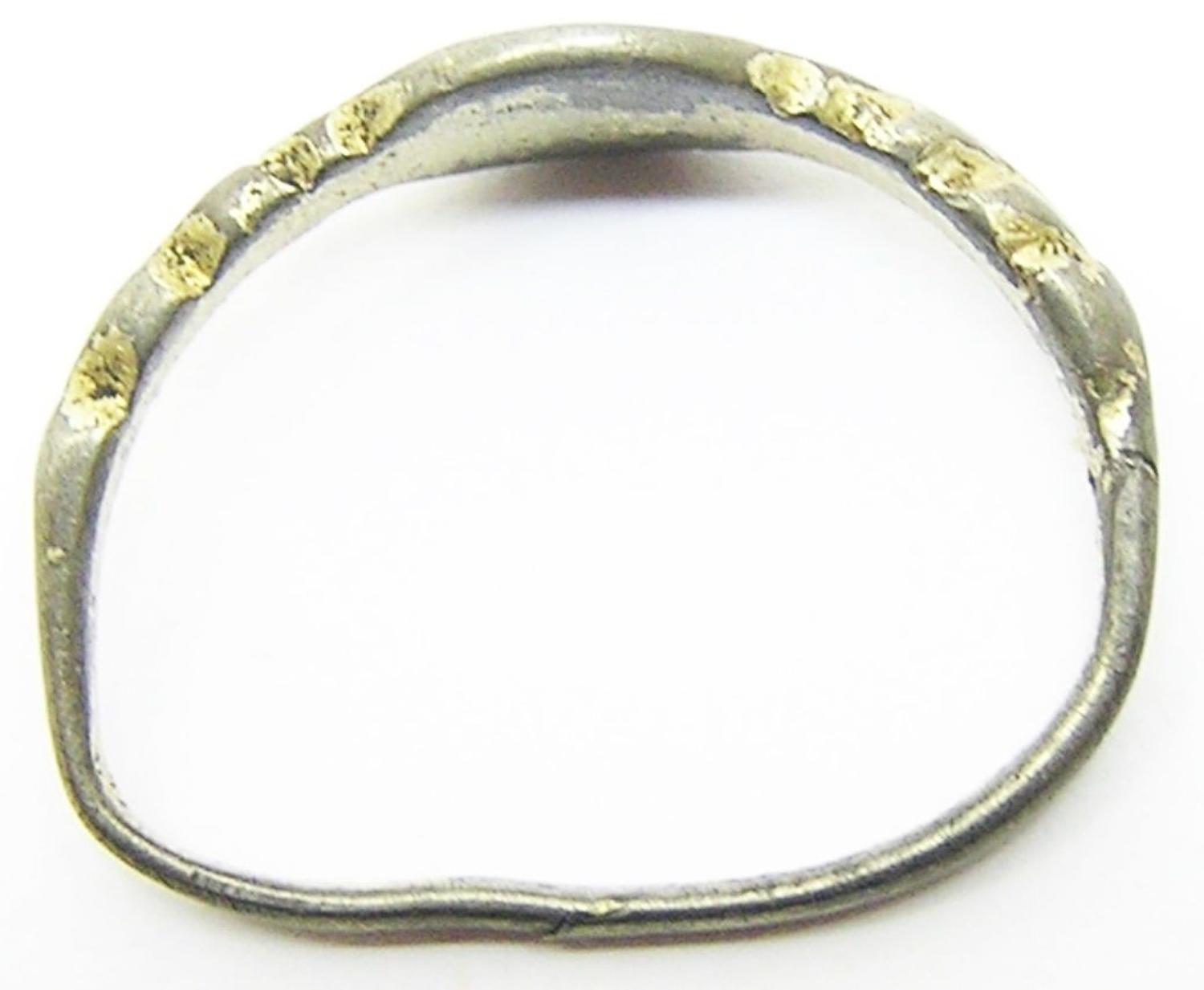 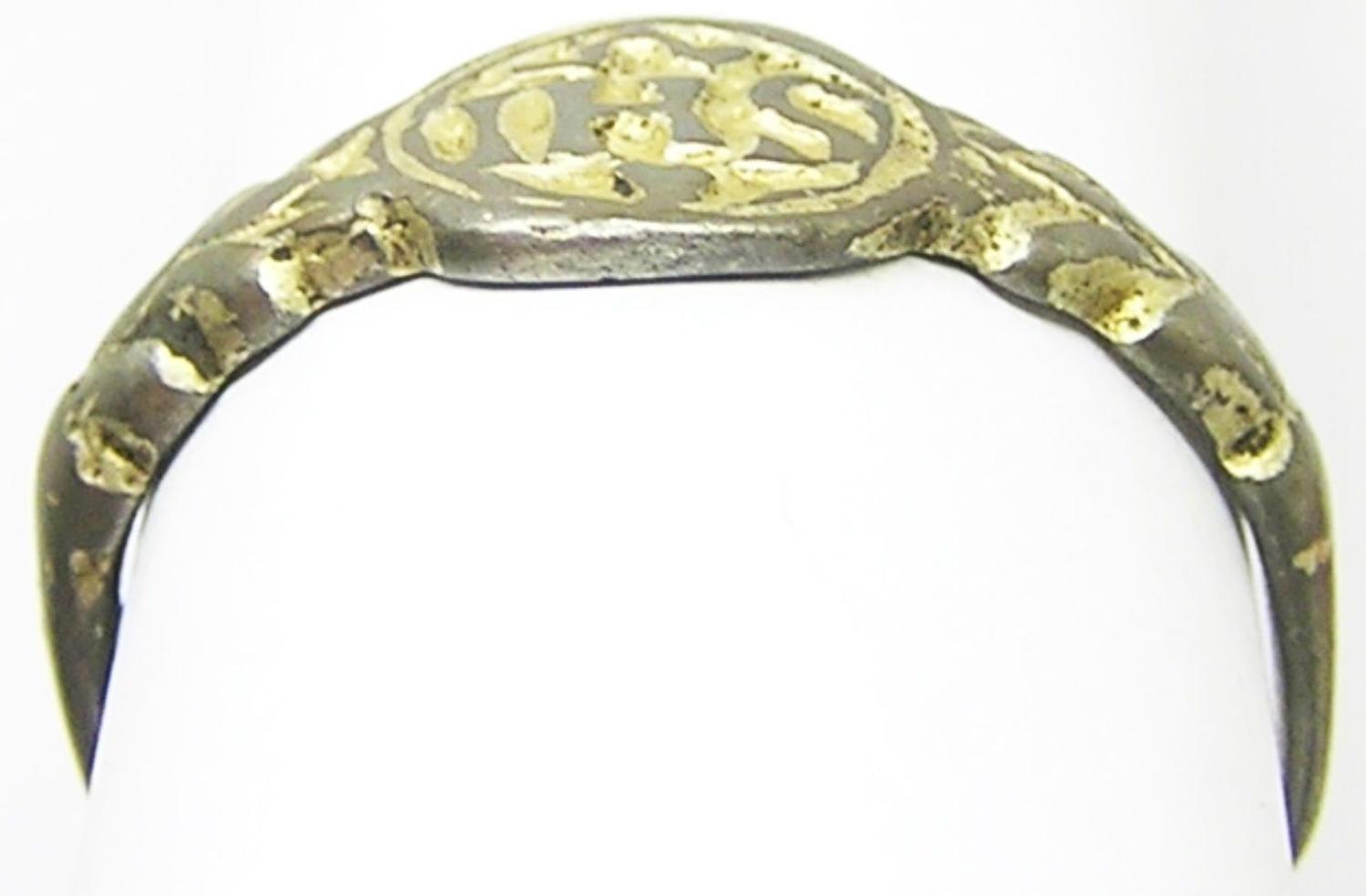