This is an ancient Roman hardstone cameo set into the original gold pendant, it dates to the mid 3rd century A.D. The blue and white of the hardstone agate, is simply cut with a profile of a bearded man. In my opinion, the head bears a good resemblance of the emperor Gallienus who reigned from 253 - 268 A.D. On this gem the emperor wears a simple fillet crown, not the elaborate radiate crown he is most often depicted with on his coinage. A similar gem intaglio with the radiate crown can be seen on an amethyst intaglio (here). The cameo is set within an elaborate gold frame, a bit ragged but original. 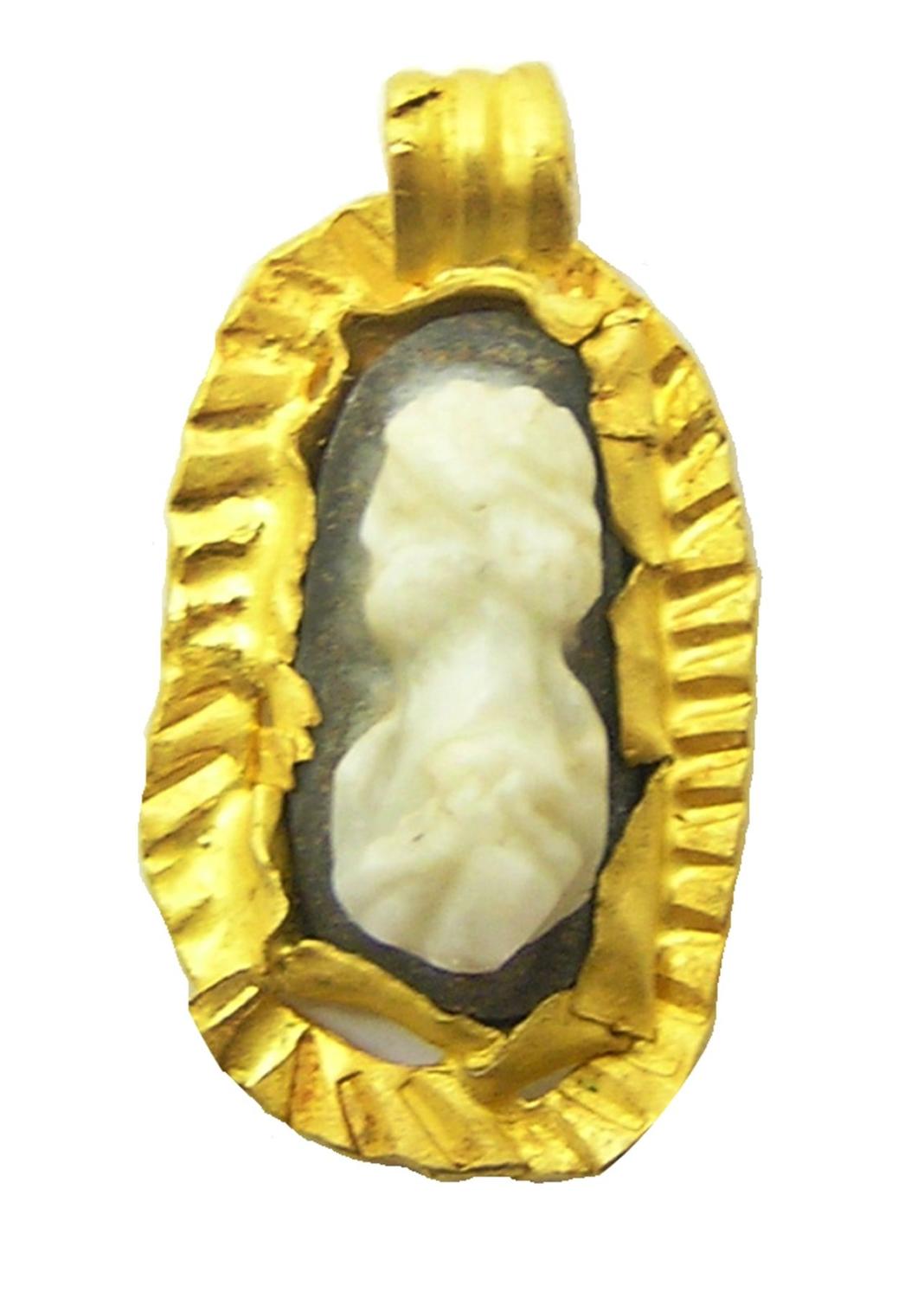 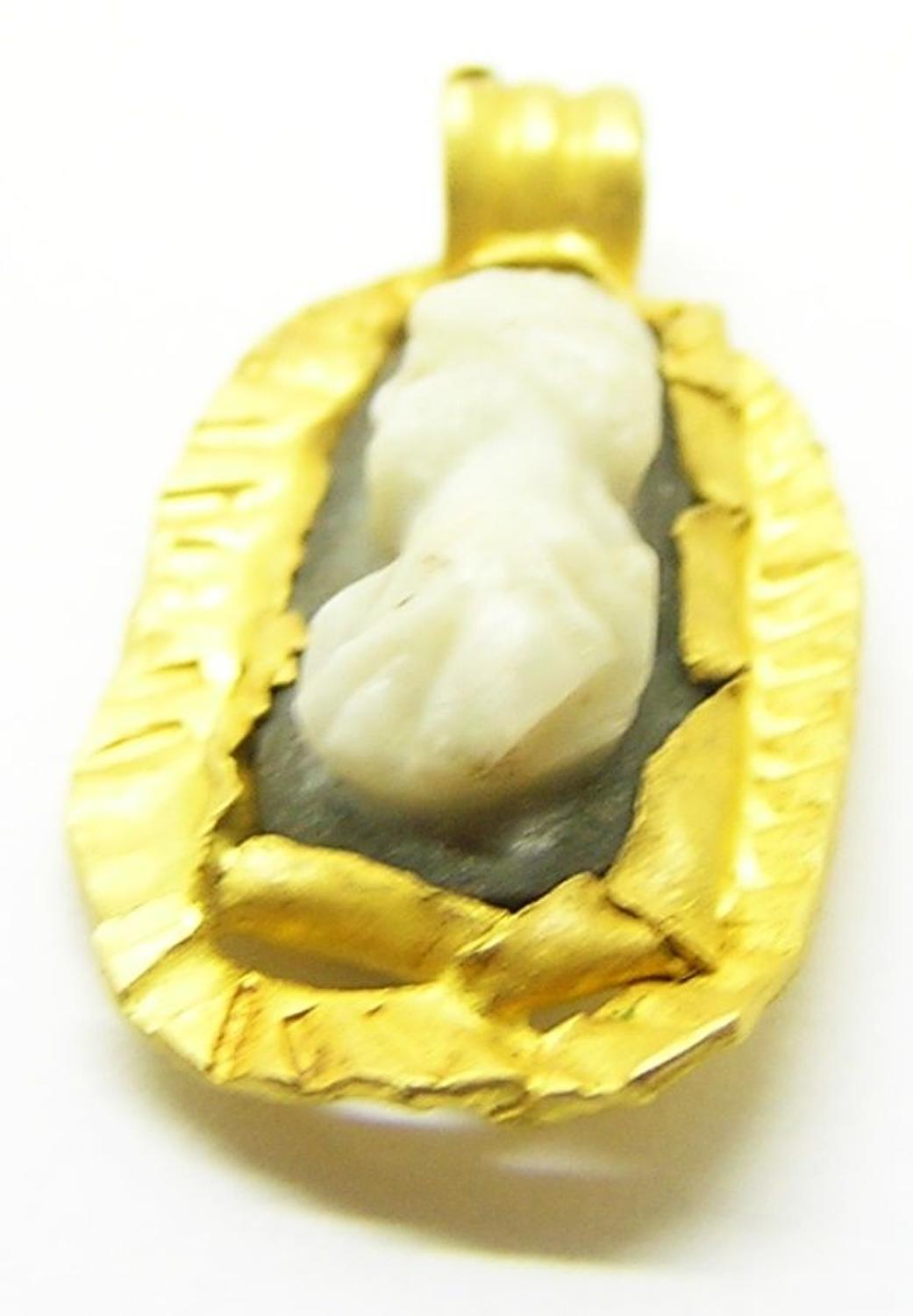 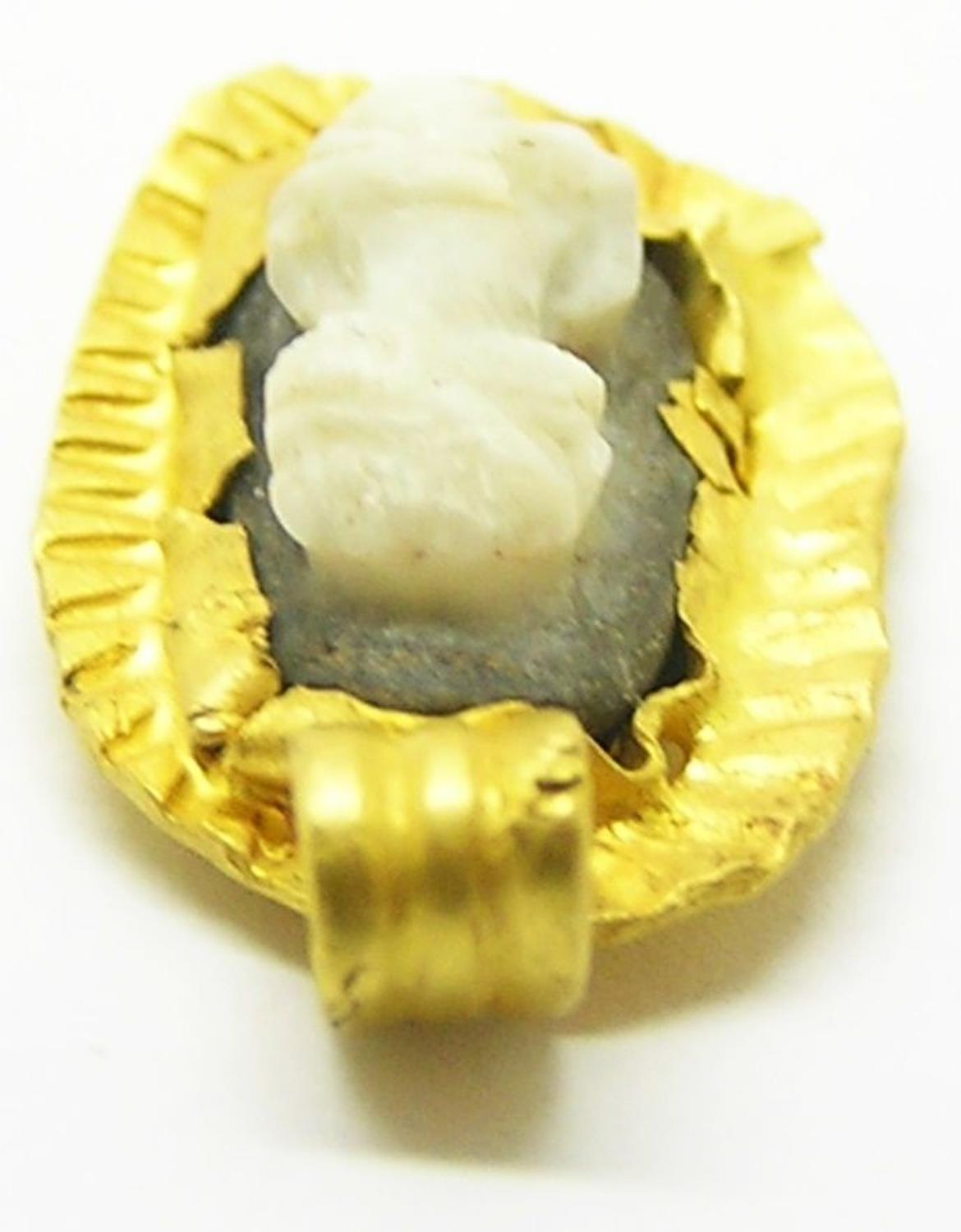 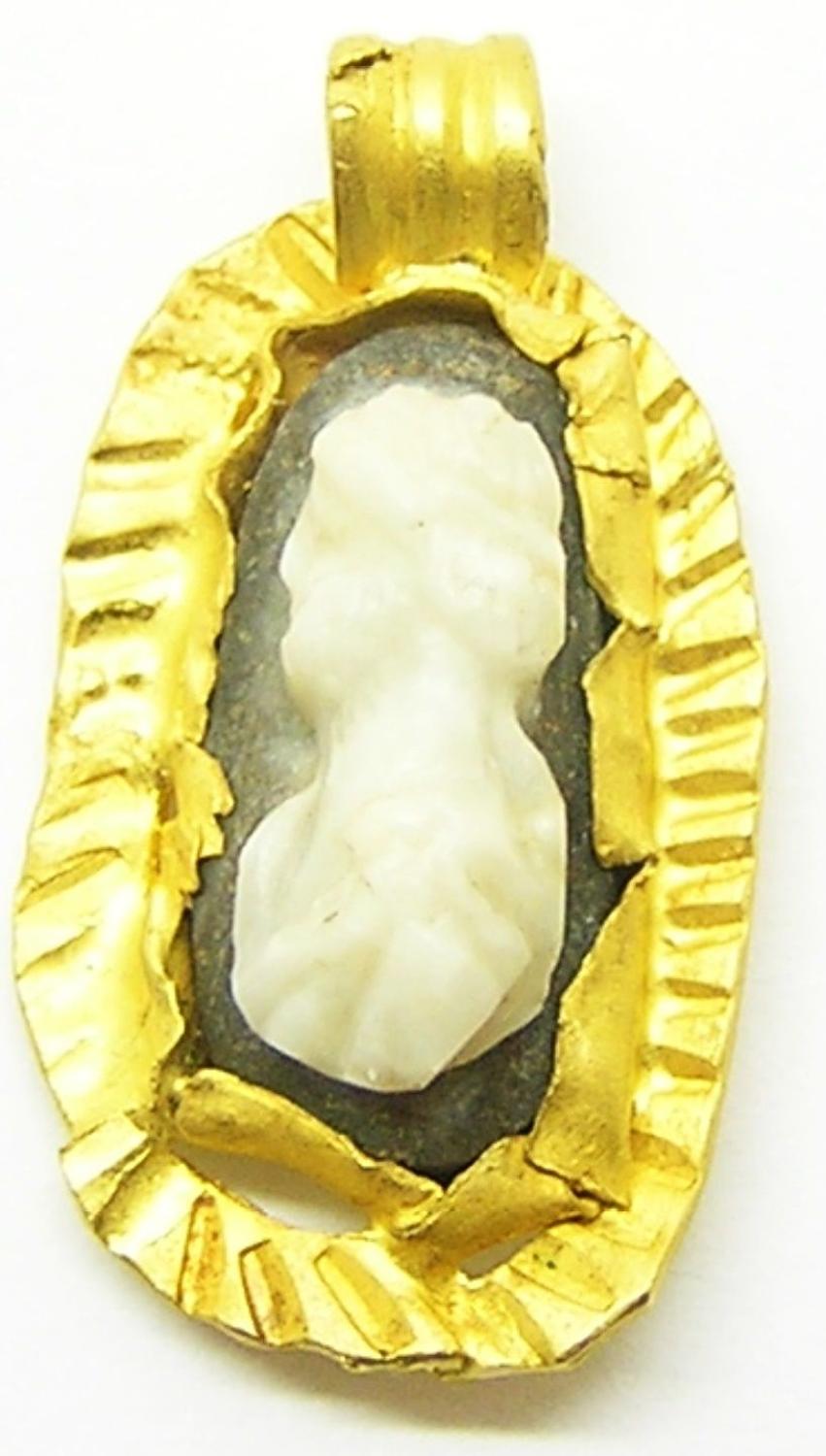 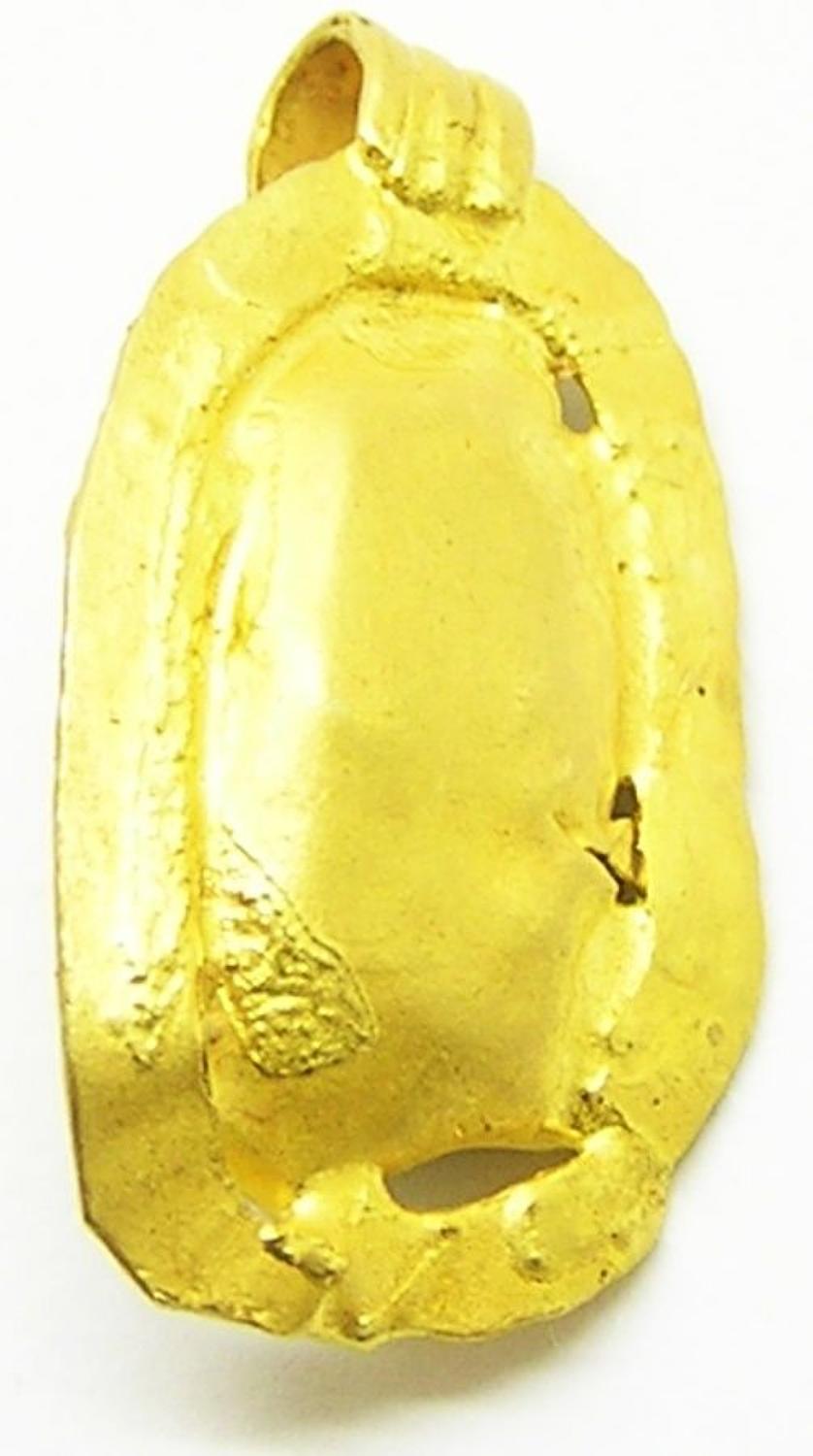