This is an ancient Scandinavian Viking silver finger ring, dating to the 10th - 12th century A.D. The ring is formed of a sub-circular hoop of three plain rods twisted together, all tapering to the back, where the ends have been hammered into a solid section. This form of ring represents a late Viking type dating to the 10th - 11th century and possibly into the early 12th century in Scandinavia. It may be compared with examples from Denmark, e.g. Lundby Krat, and there is one from Gotland, Sweden, on display in the British Museum (F. Lindahl, 2003, Symboler i guld og sølv. Nationalmuseets fingerringe 1000-1700-årene, Copenhagen, p. 75, no. 8; BMregistration no. AF.539). Similar rings recorded under the Treasure Act include YORYM- F67716 (from Boston Spa, Leeds), SUSS-81B6D4 (from Newtimber, West Sussex), and a silver example SUSS-6F8D1D (from Fletching, East Sussex).

Such rings were a transportable form of bullion wealth, whether used as wedding rings there is very little written account. The ring is a good excavated example with no damage or restoration. An ideal ancient ring to be worn again today. The green verdigris is only on the surface and will clean up if desired. 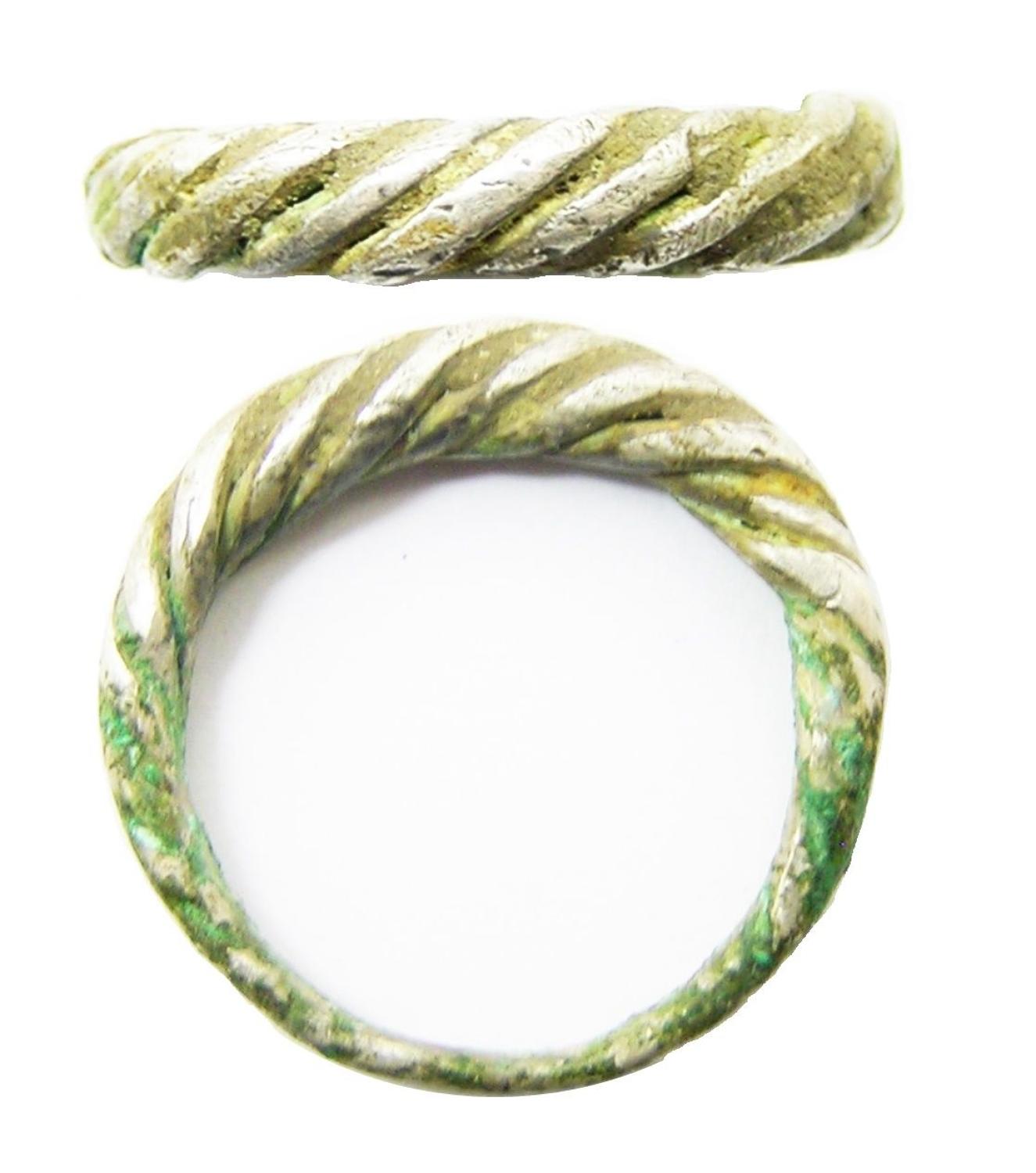 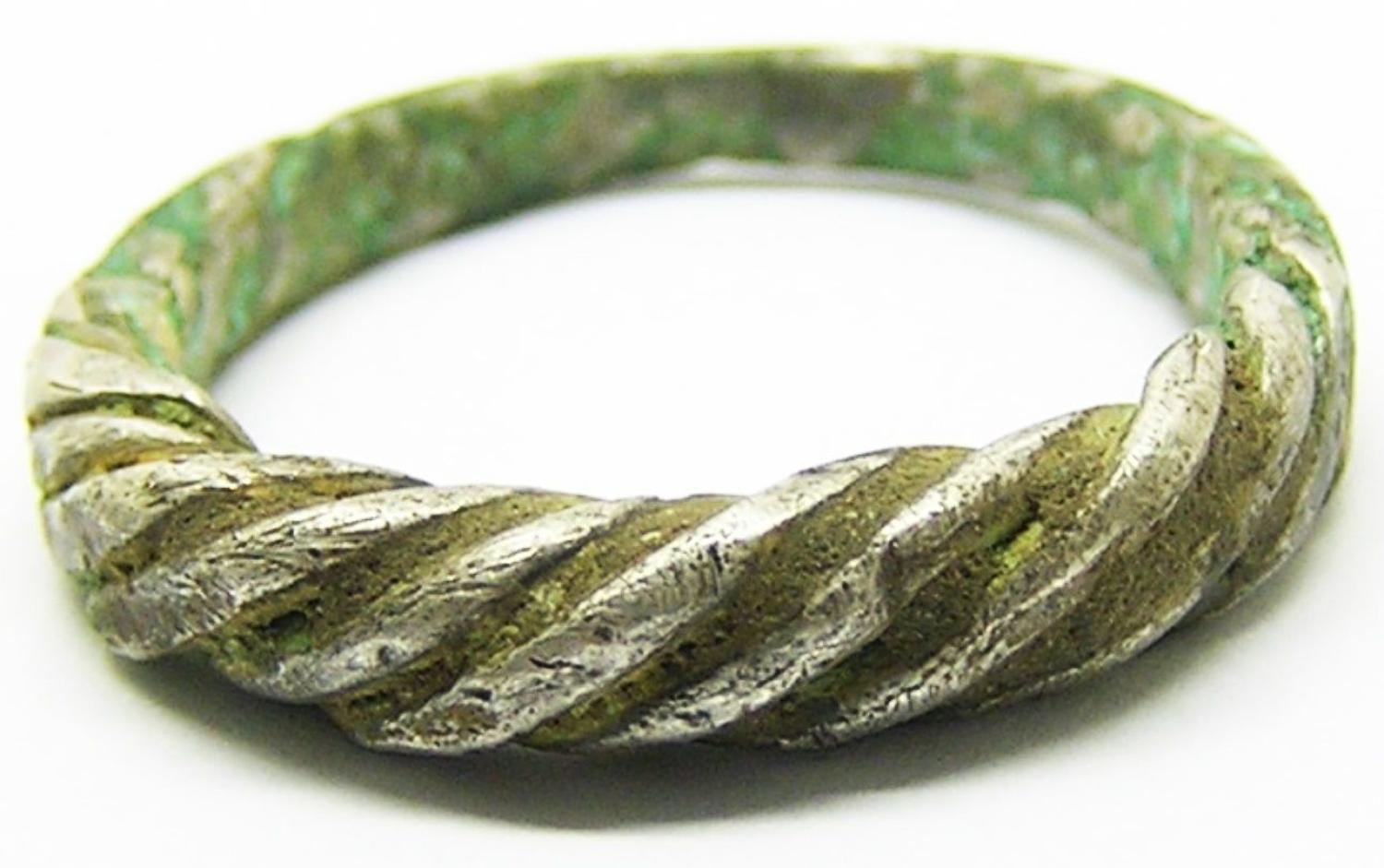 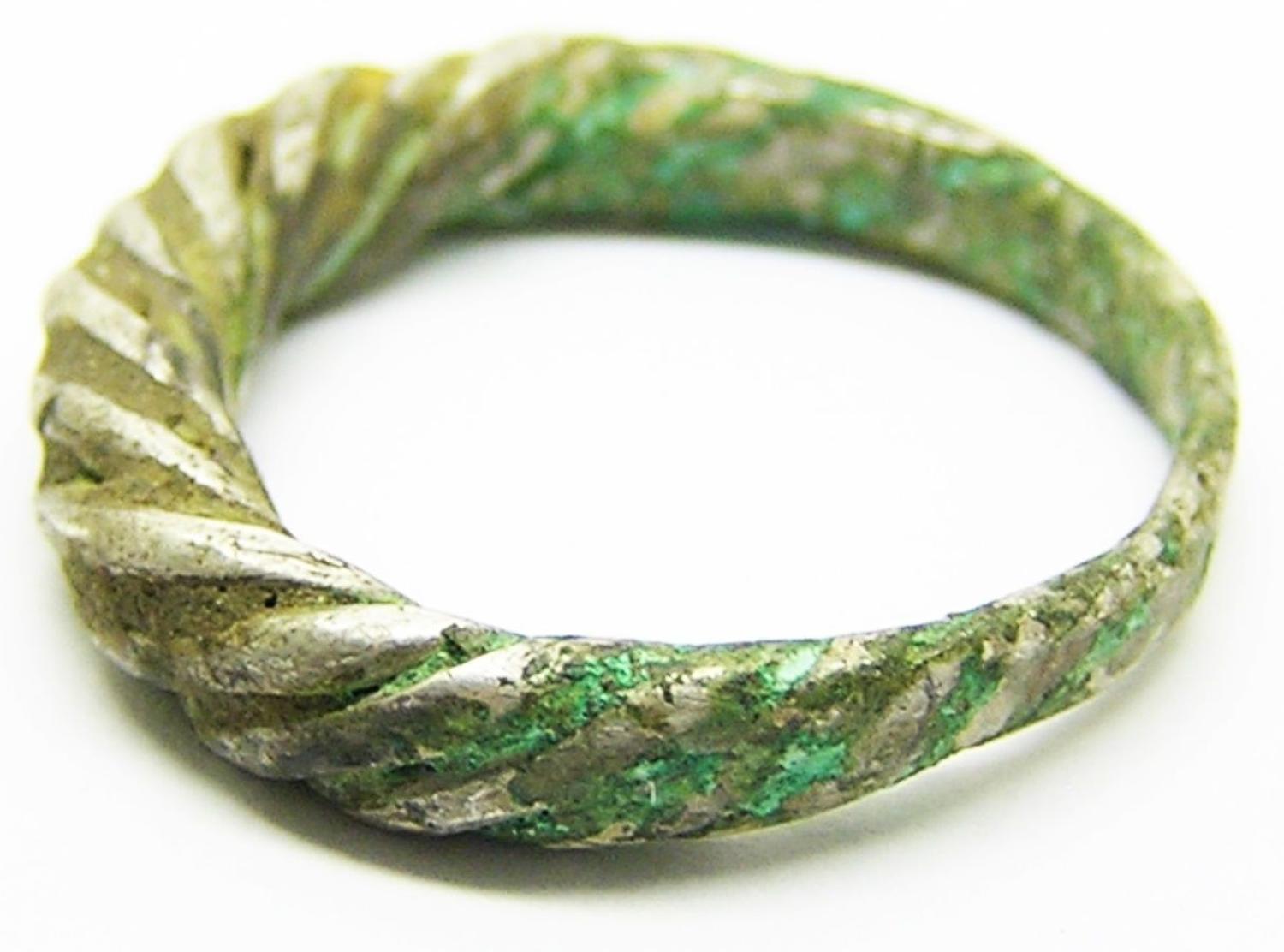 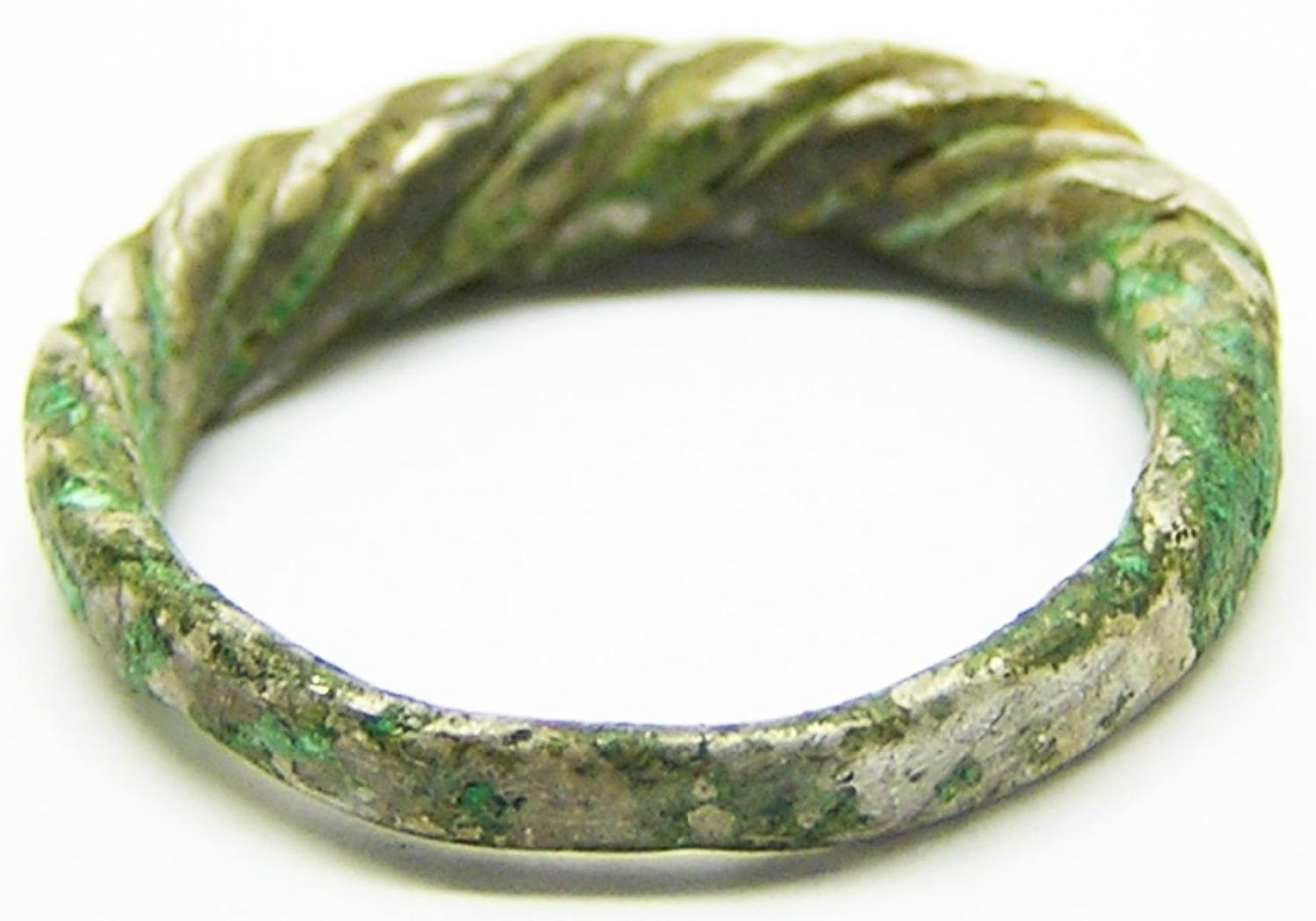 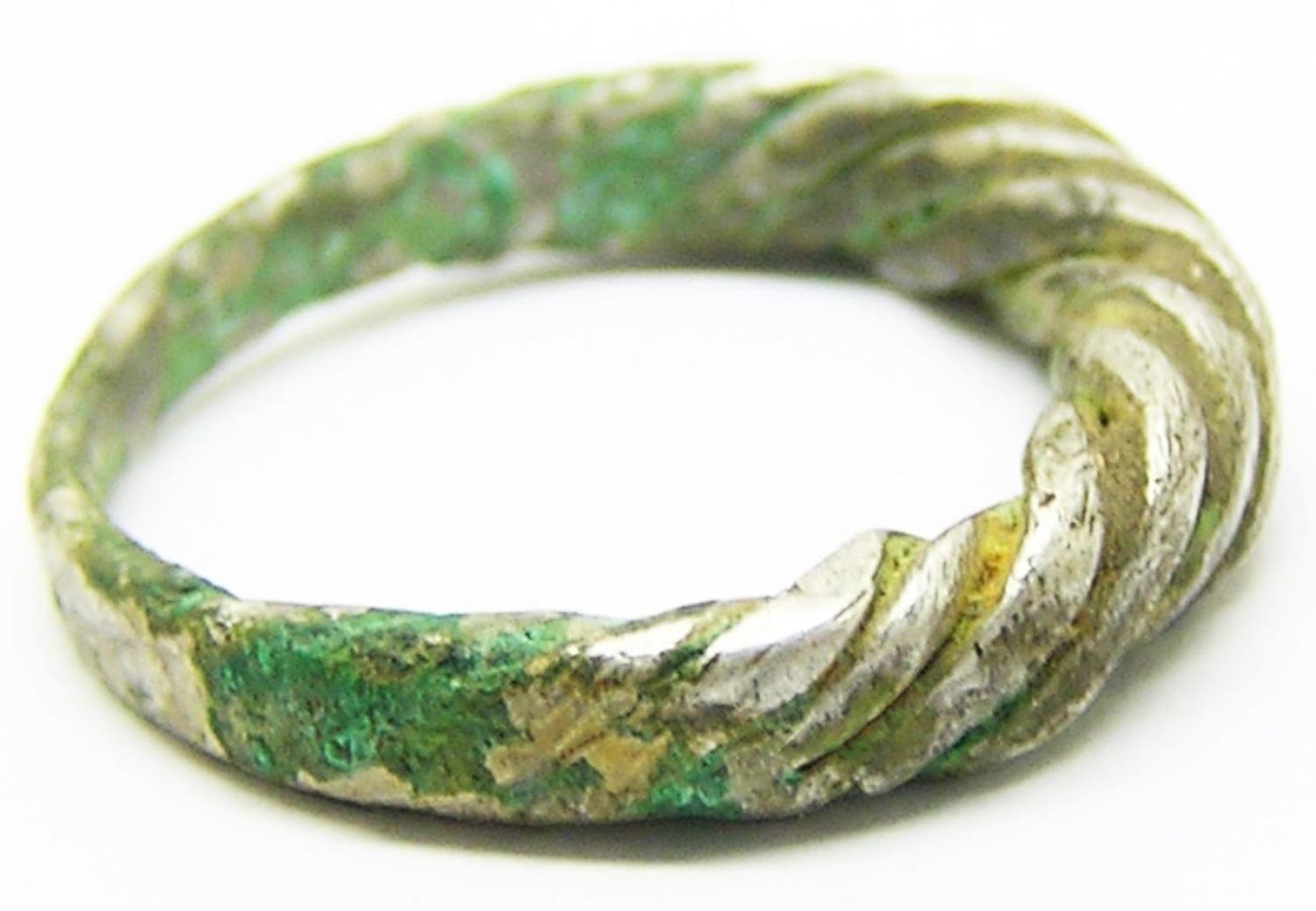 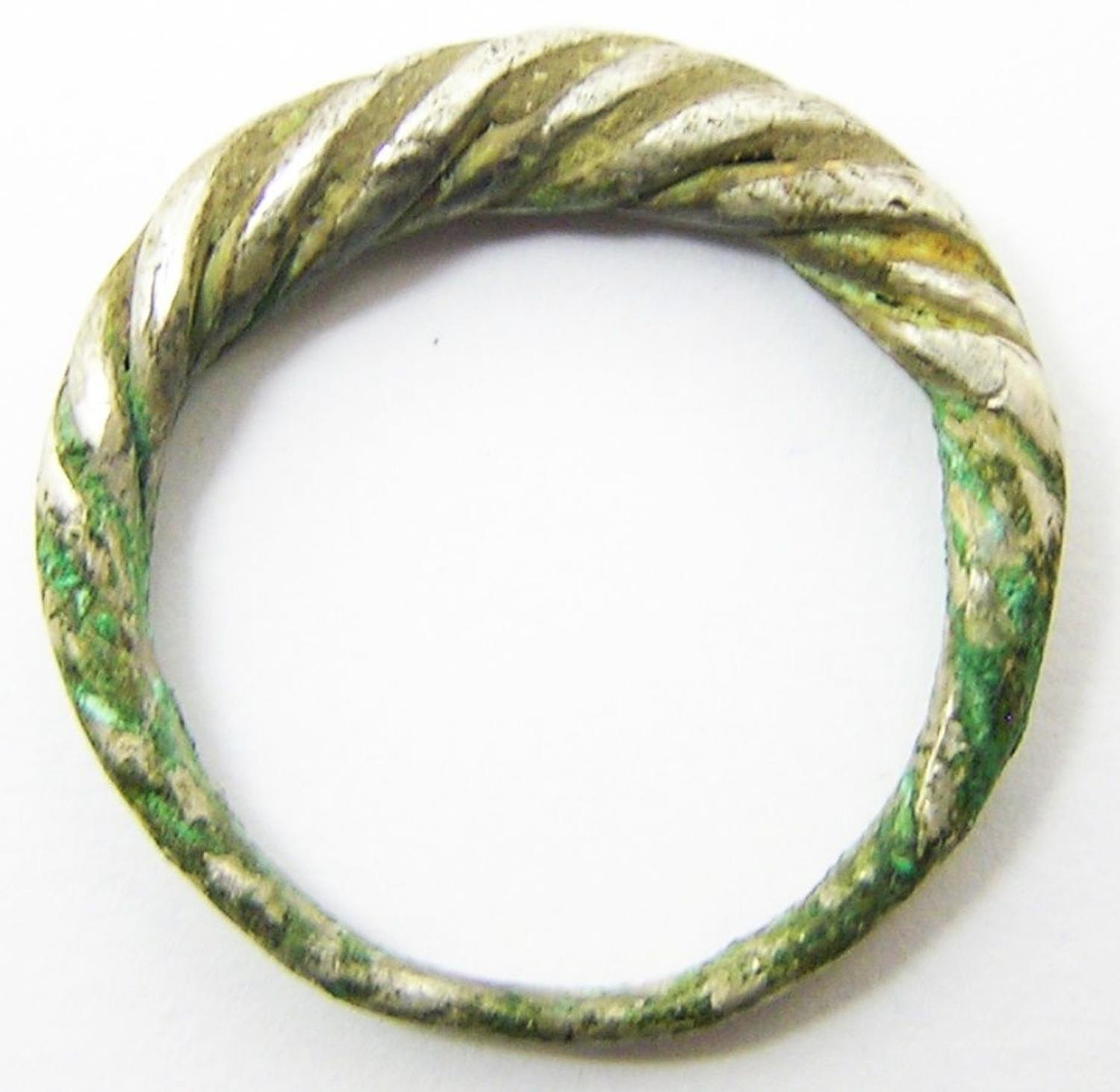 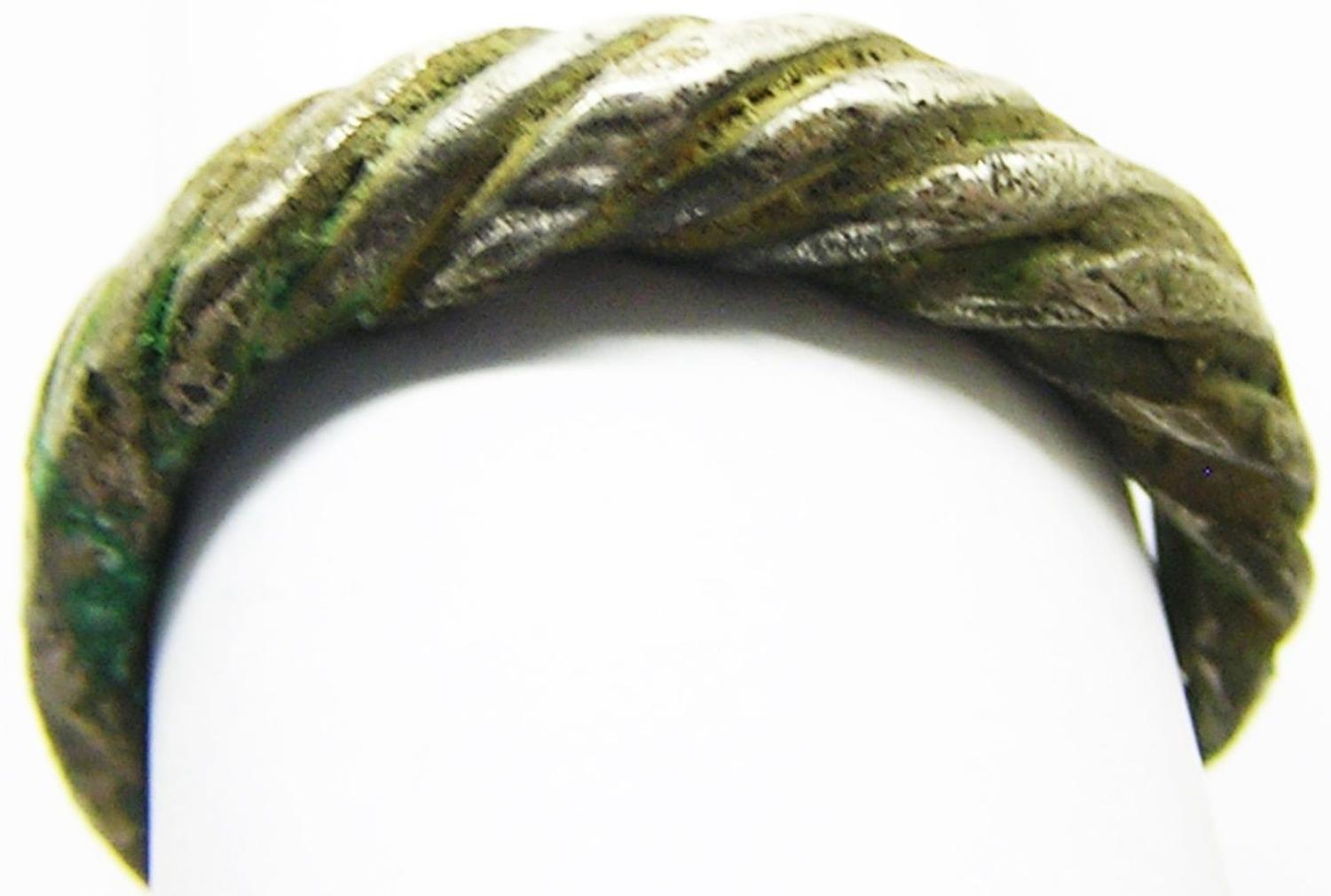 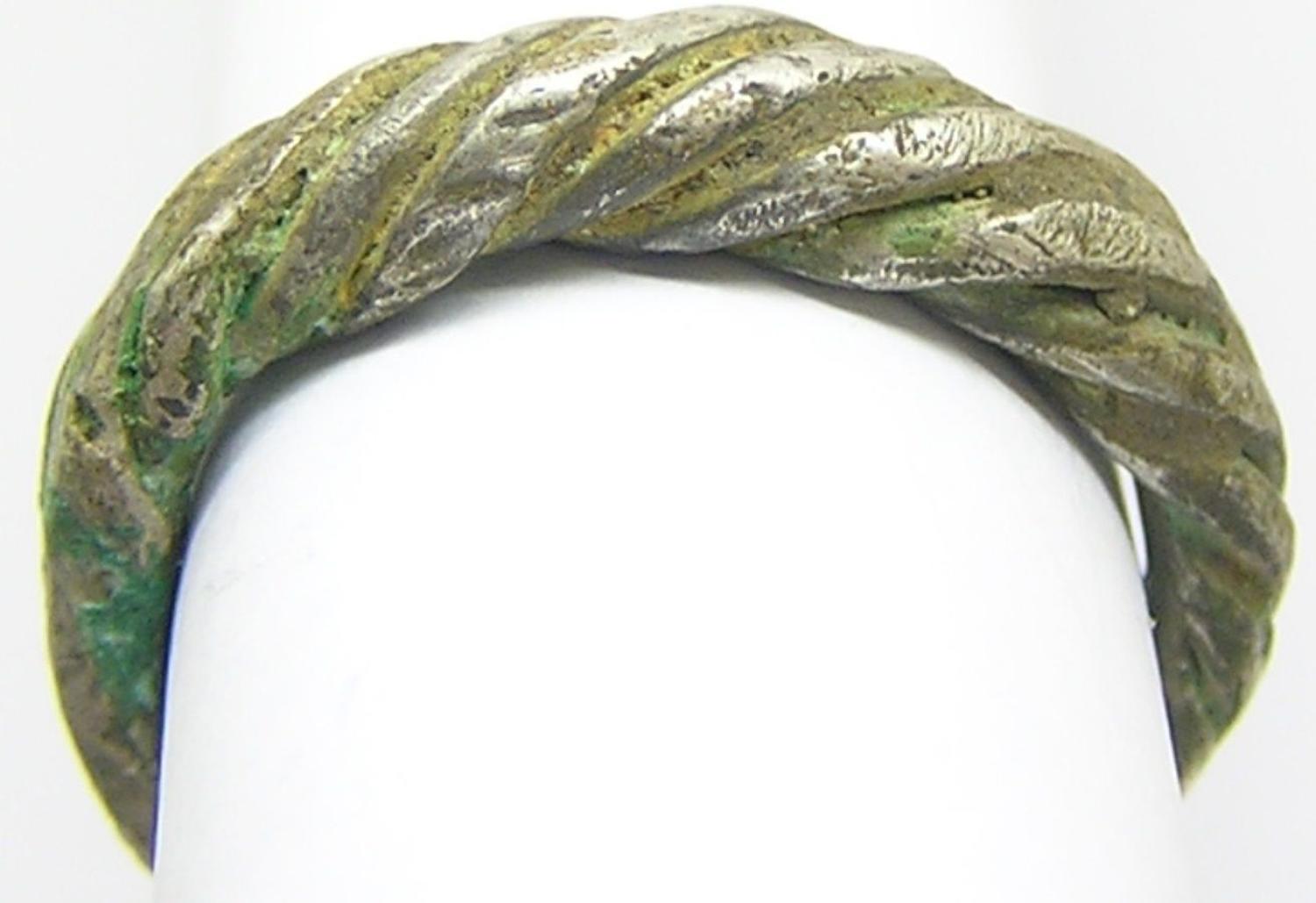