This is a nice medieval bronze armorial seal, dating to the 14th century. It would have once belonged to a knight, bearing his arms within a heater shield. The armorial displays as ' a rampant lion debruised by a riband, impaling a cross flory overall with a label of three points each charged with three plates'. The arms on this seal are 'impaled' this denotes a marriage, where one family has married into (impaling the arms of) another. The legend is deeply cut in a Lombardic script, reading as 'Seel*h*Clou ys' possibly for 'Seal of H(enry) Clouys'? The seal is of a 'chessman' type with a plain handle. These were extremely important objects to their owners, seldom misplaced or lost as credit cards are kept today. On the death of the owner, their seals were broken up and destroyed. This example is clearly intact and in perfect condition. Similar armorial seals have been recorded from Cambridge (SF-43A30C) and Northampton (IHS-0BB4C1). This example has not been researched and was a detector find from Northamptonshire.

PROVENANCE:  Formerly in a private collection, originally a metal detector find from Northamptonshire. 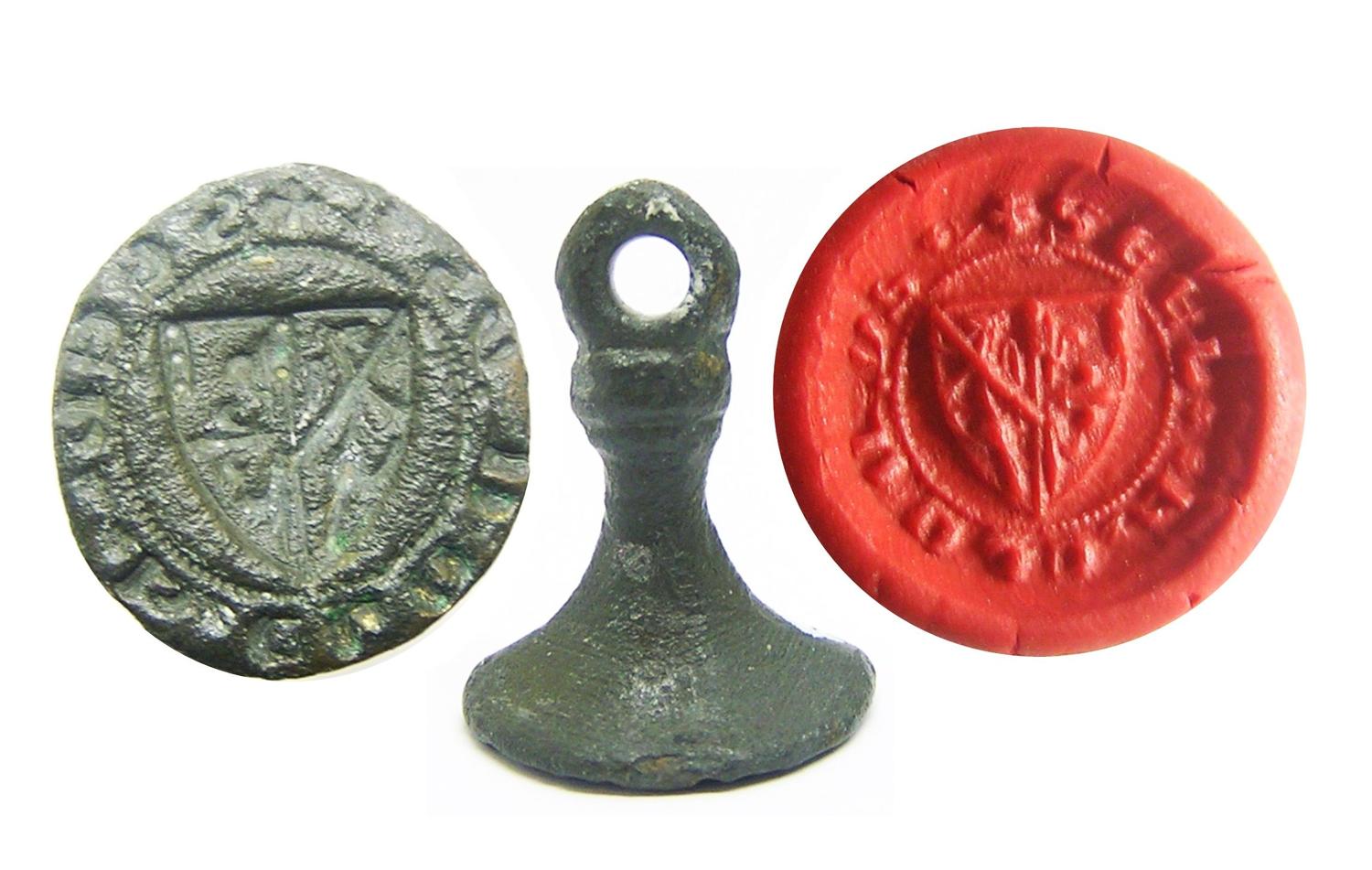 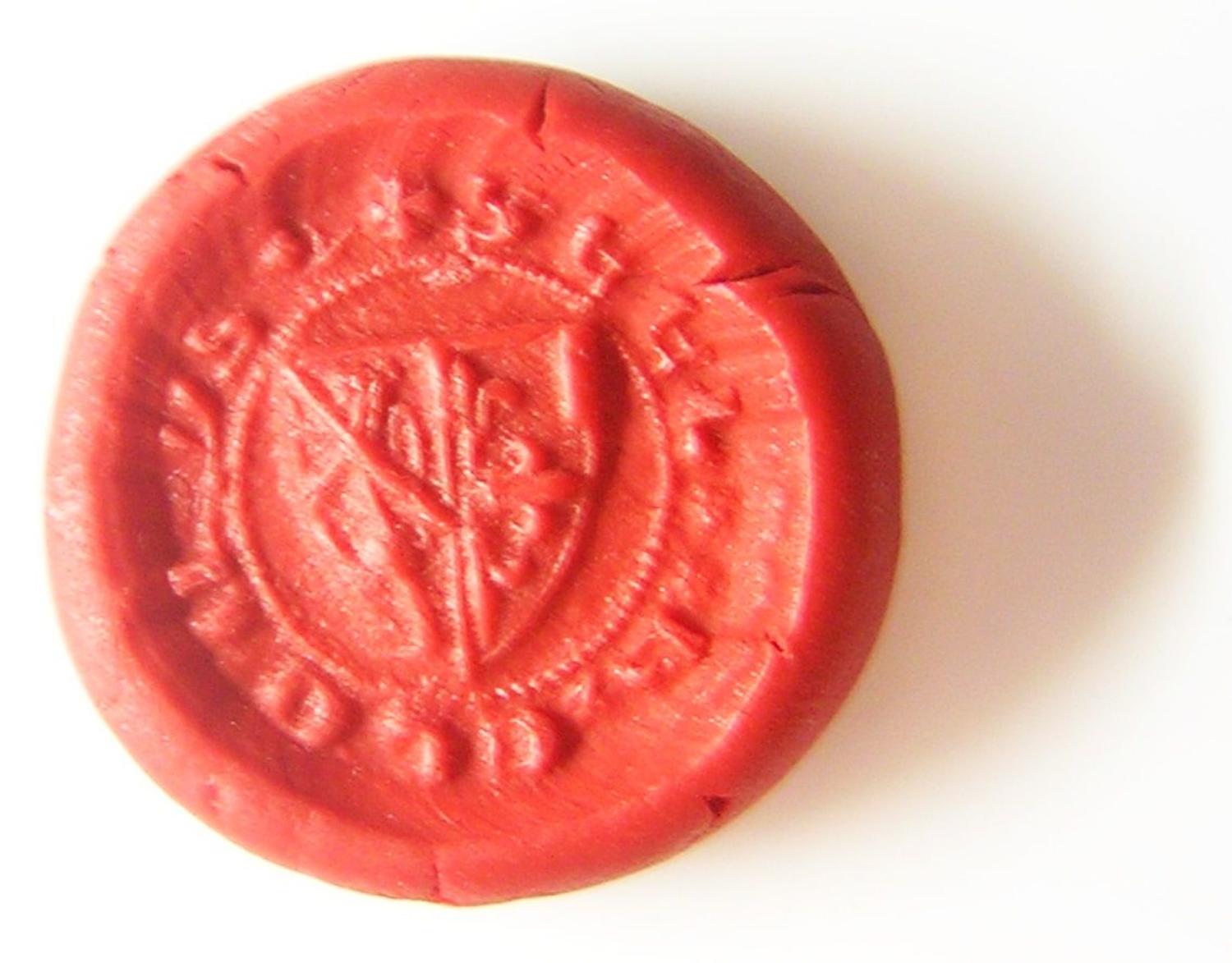 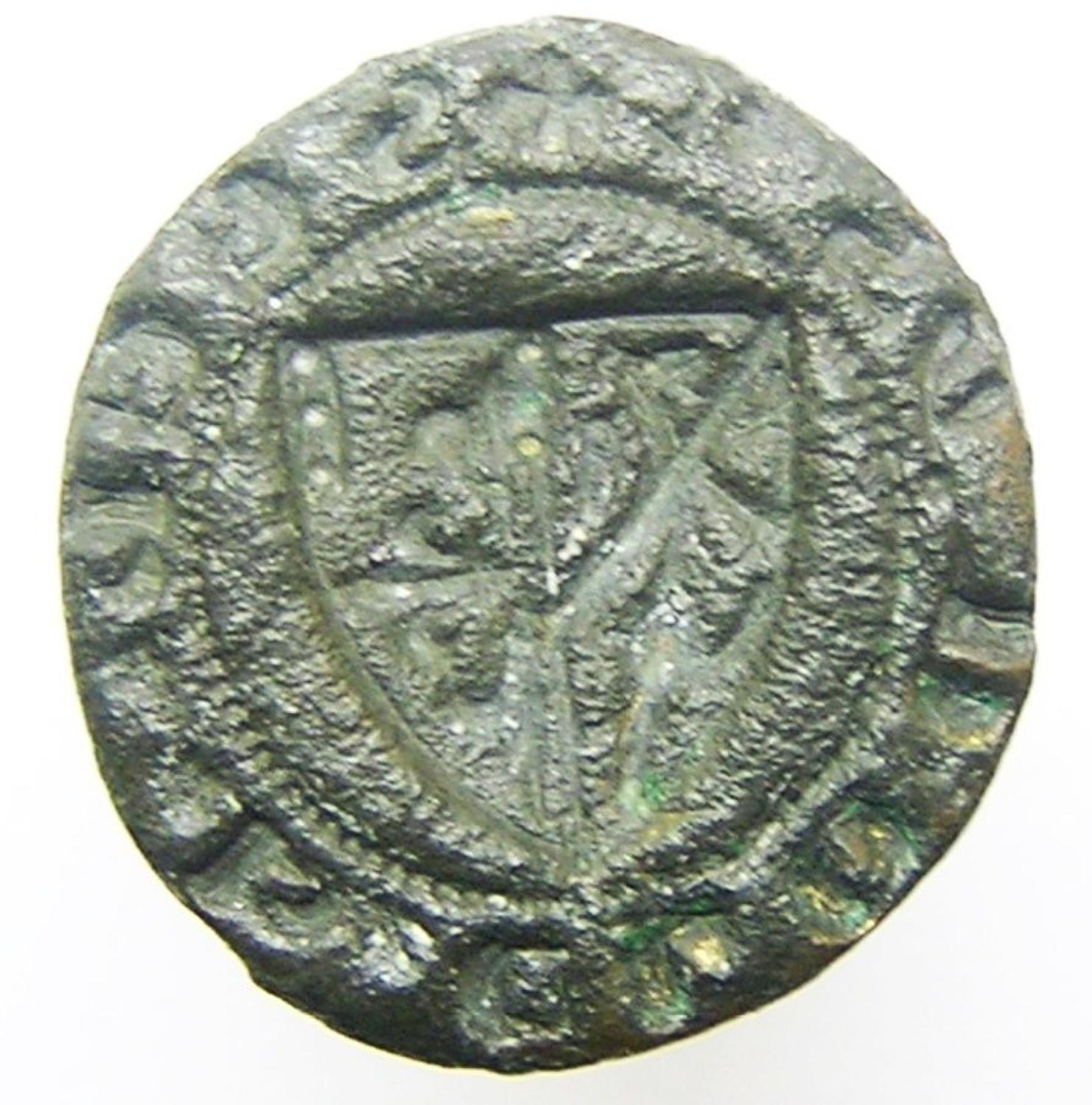 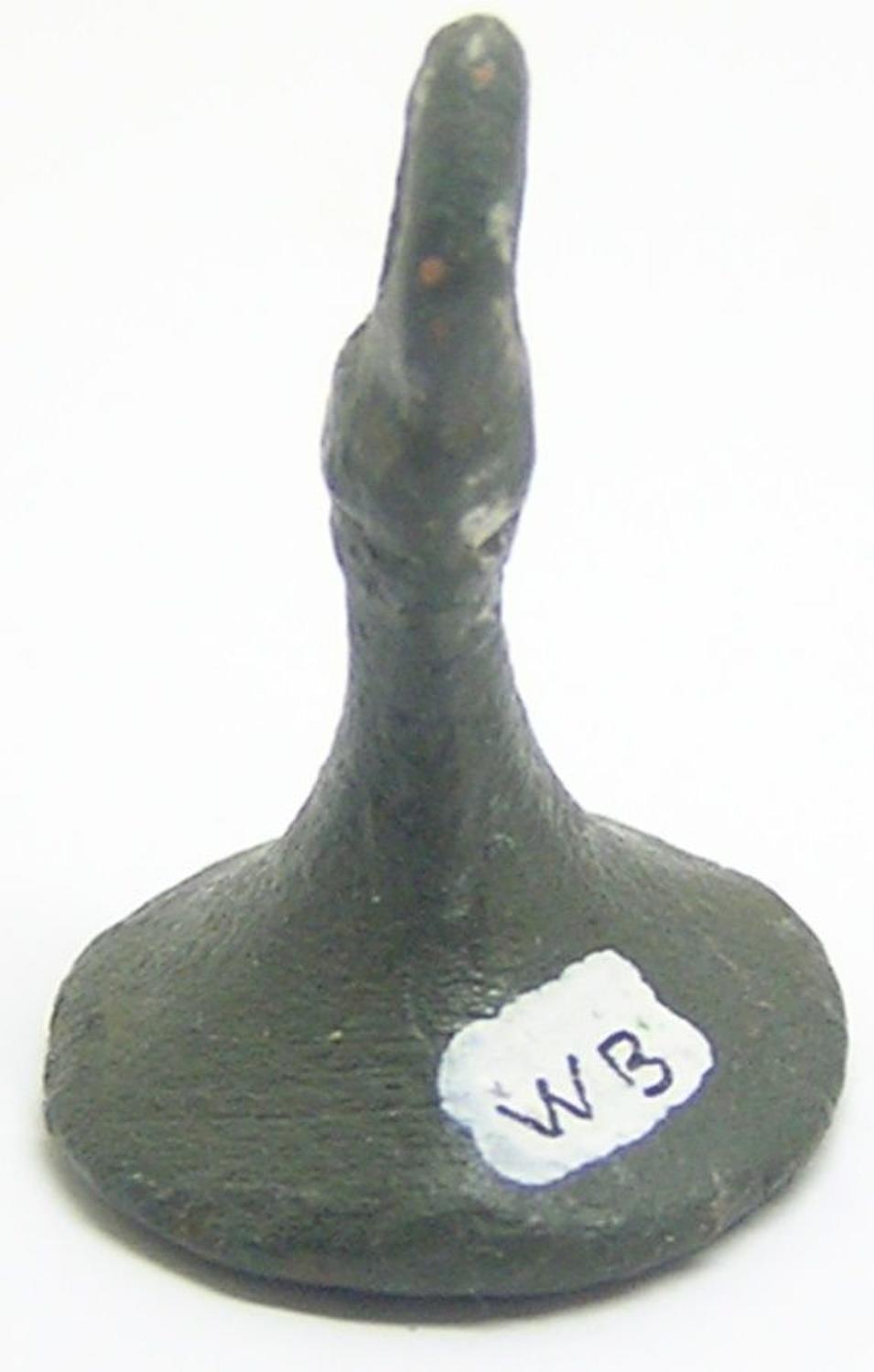 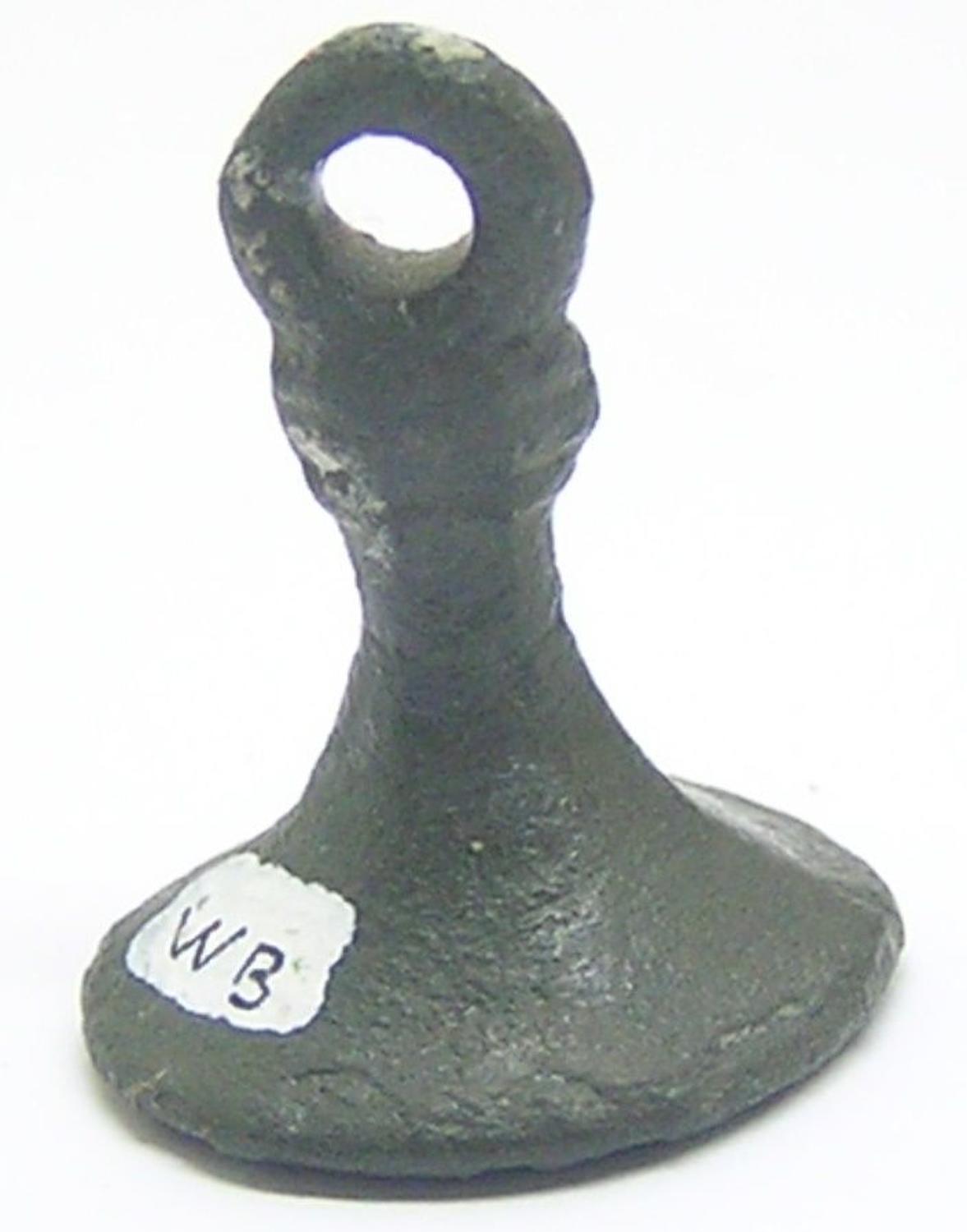 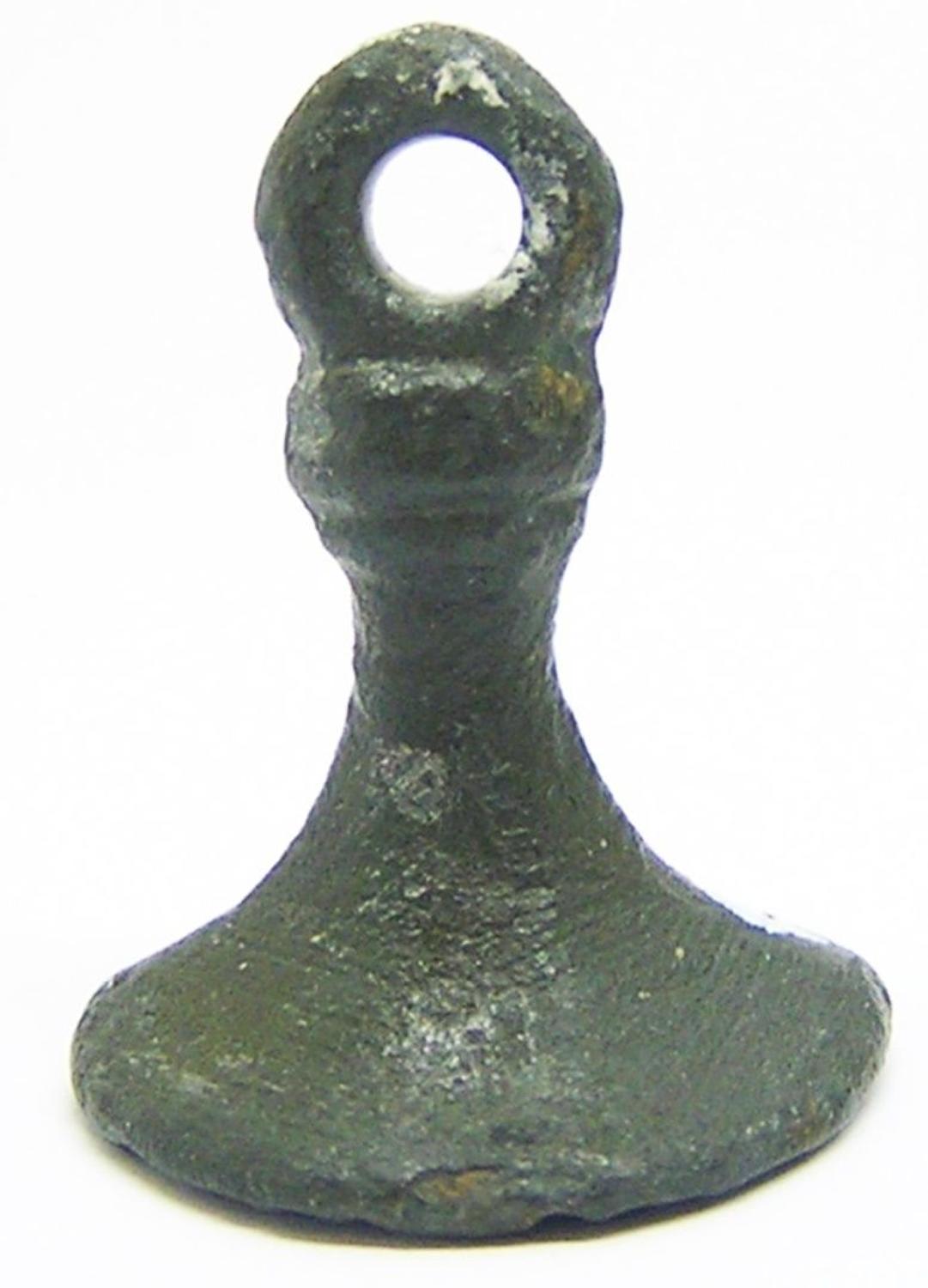 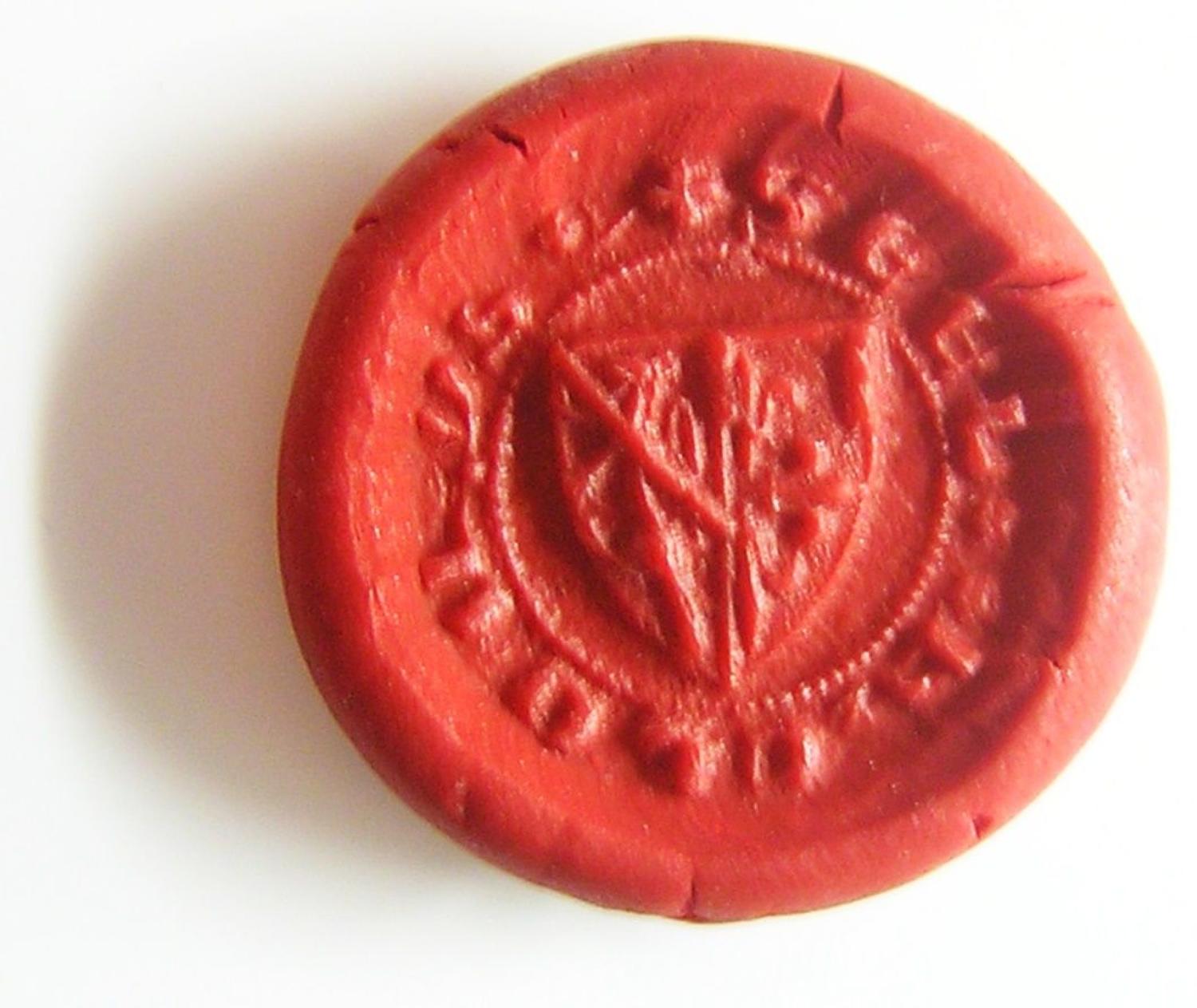