This is a cast copper-alloy coin weight of late medieval to early post-medieval date. A uniface weight, it bears an image of a ship on the obverse, struck onto a hexagonal flan. The artefact has bevelled sides such that the obverse face is smaller than the reverse. The lower surface bears numerous diagonal file marks. The ship is surrounded by a circular border and has a central mast; it lacks a rose, suggesting that this weight related to a noble rather than a ryal. Withers and Withers (1995, 19) describes such coin weights as Anglo-French and date them to the 15th or 16th centuries. Similar examples have been recorded from York (YORYM-BA554F), Essex (ESS-2081A7) and Sussex (SUSS-7E66A3). 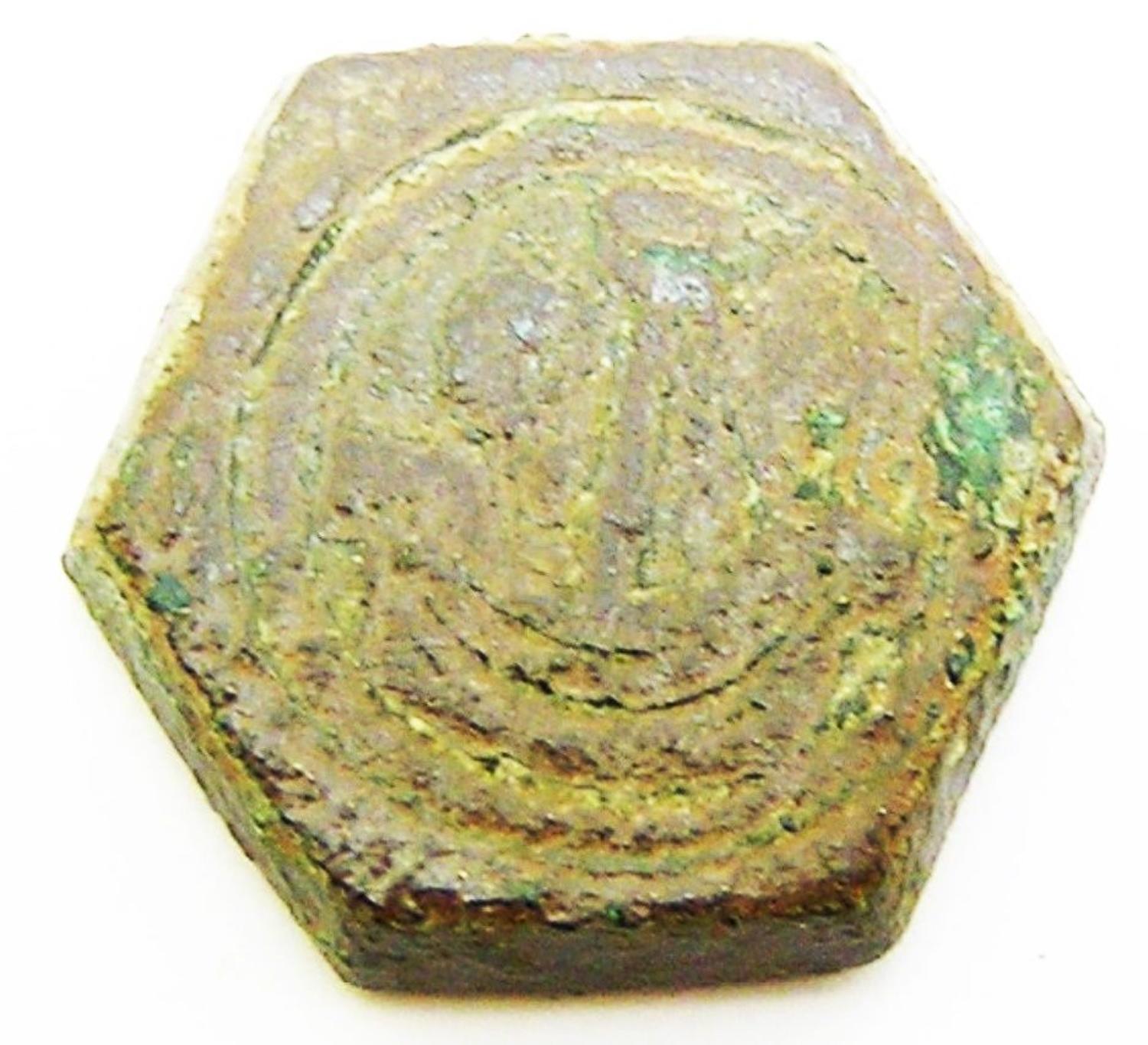 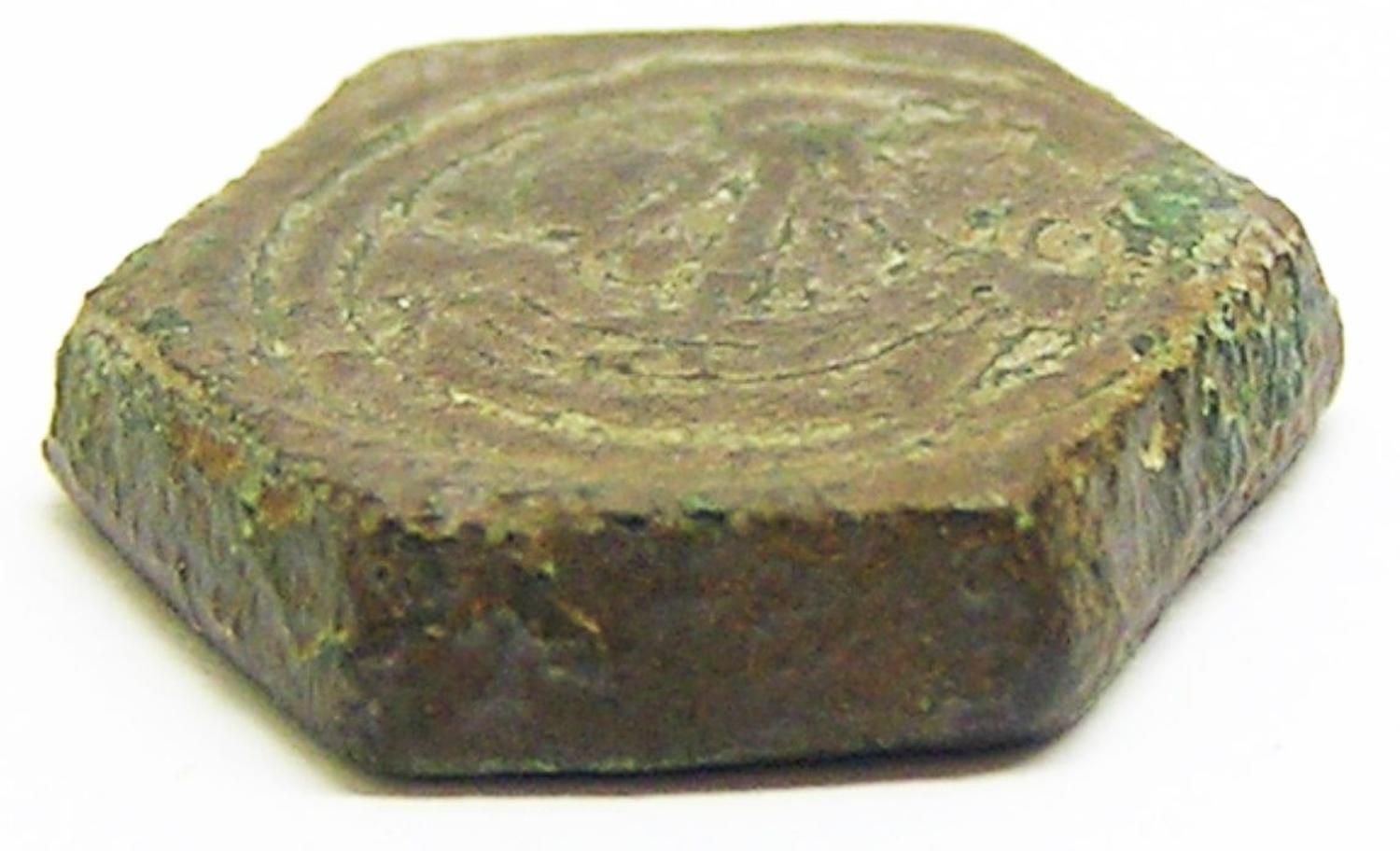 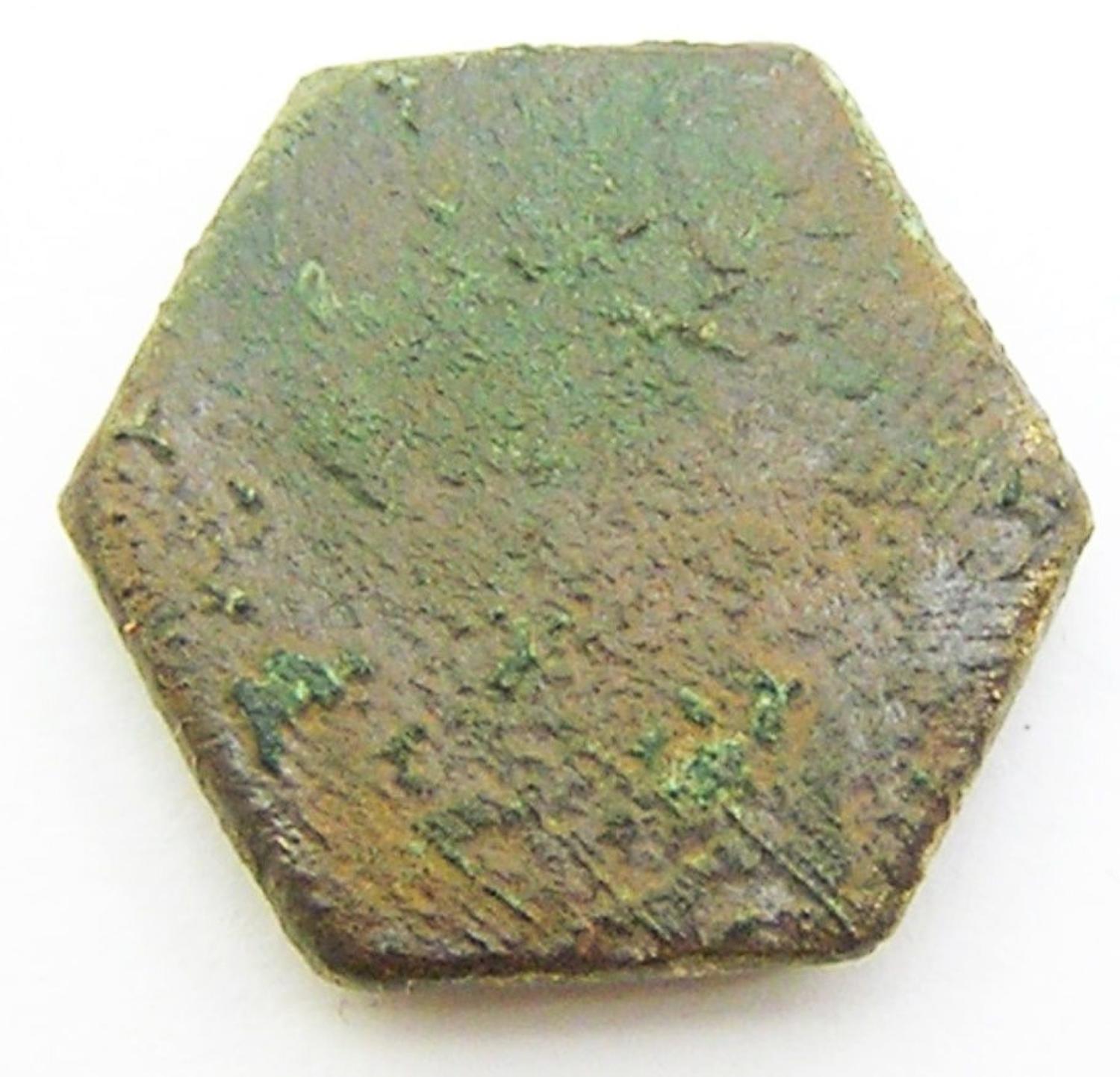 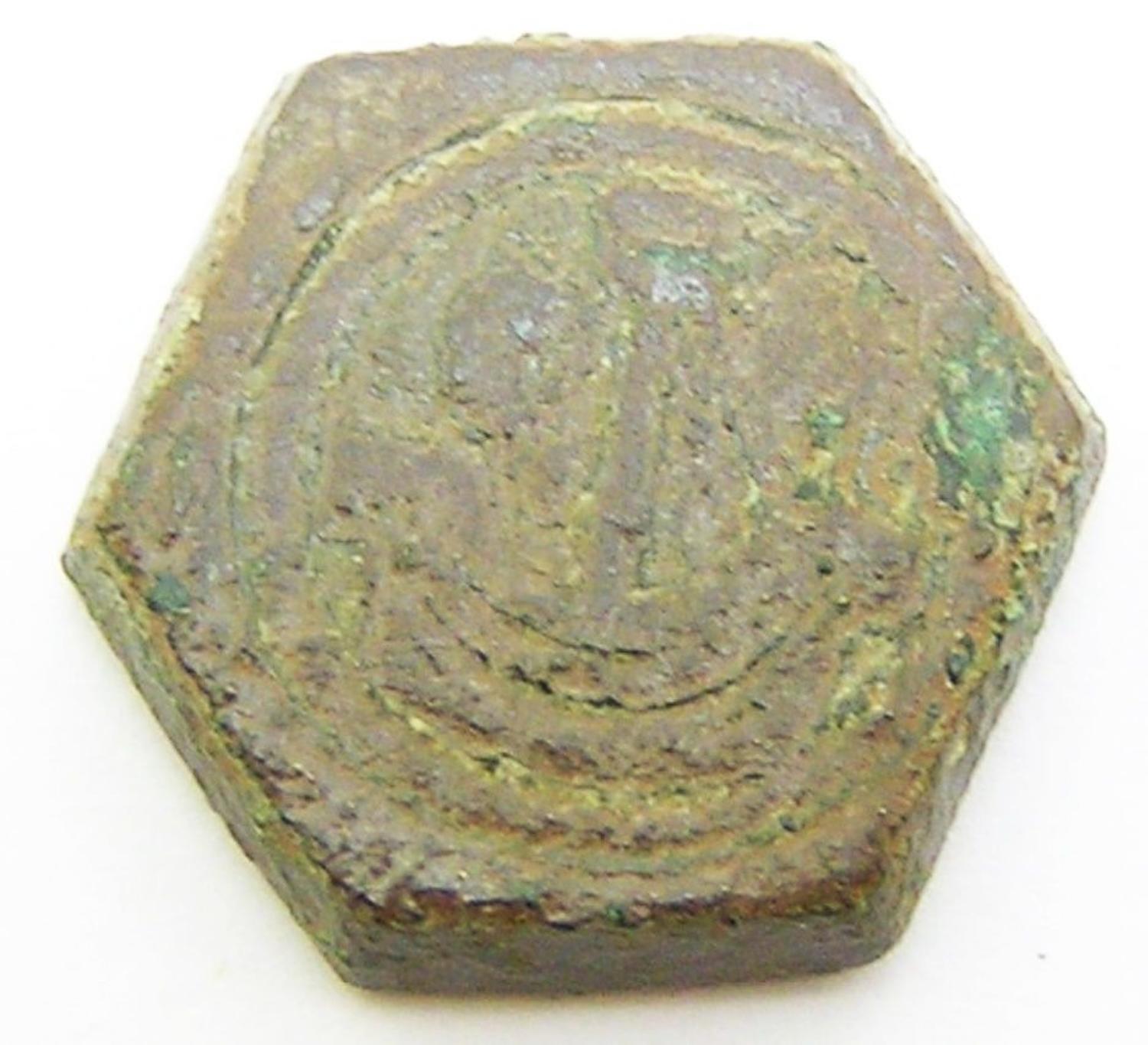