This is a nice medieval bronze armorial seal, dating to the 13th - 14th century. It would have once belonged to a knight, bearing his arms. The armorial displays as 'three bars wavy' being without any visible tinctures make it hard to be more precise.  The seal is a counter seal thus not inscribed with the owner's name, it would have been used on the back of a large wax seal usually of an equestrian design with owners name and title. Similar armorial seals have been recorded from Cambridge (SF-43A30C) and Northampton (IHS-0BB4C1). 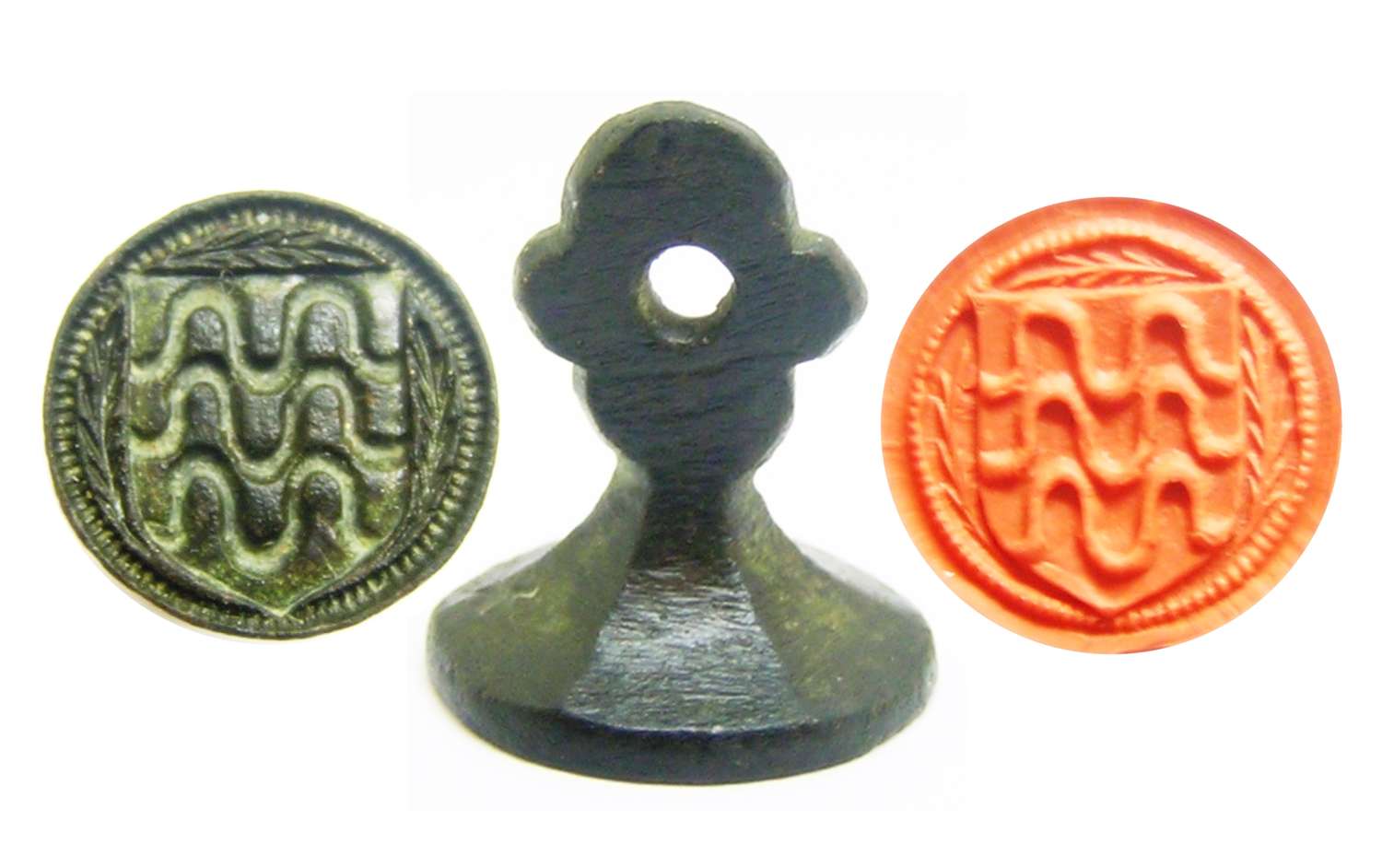 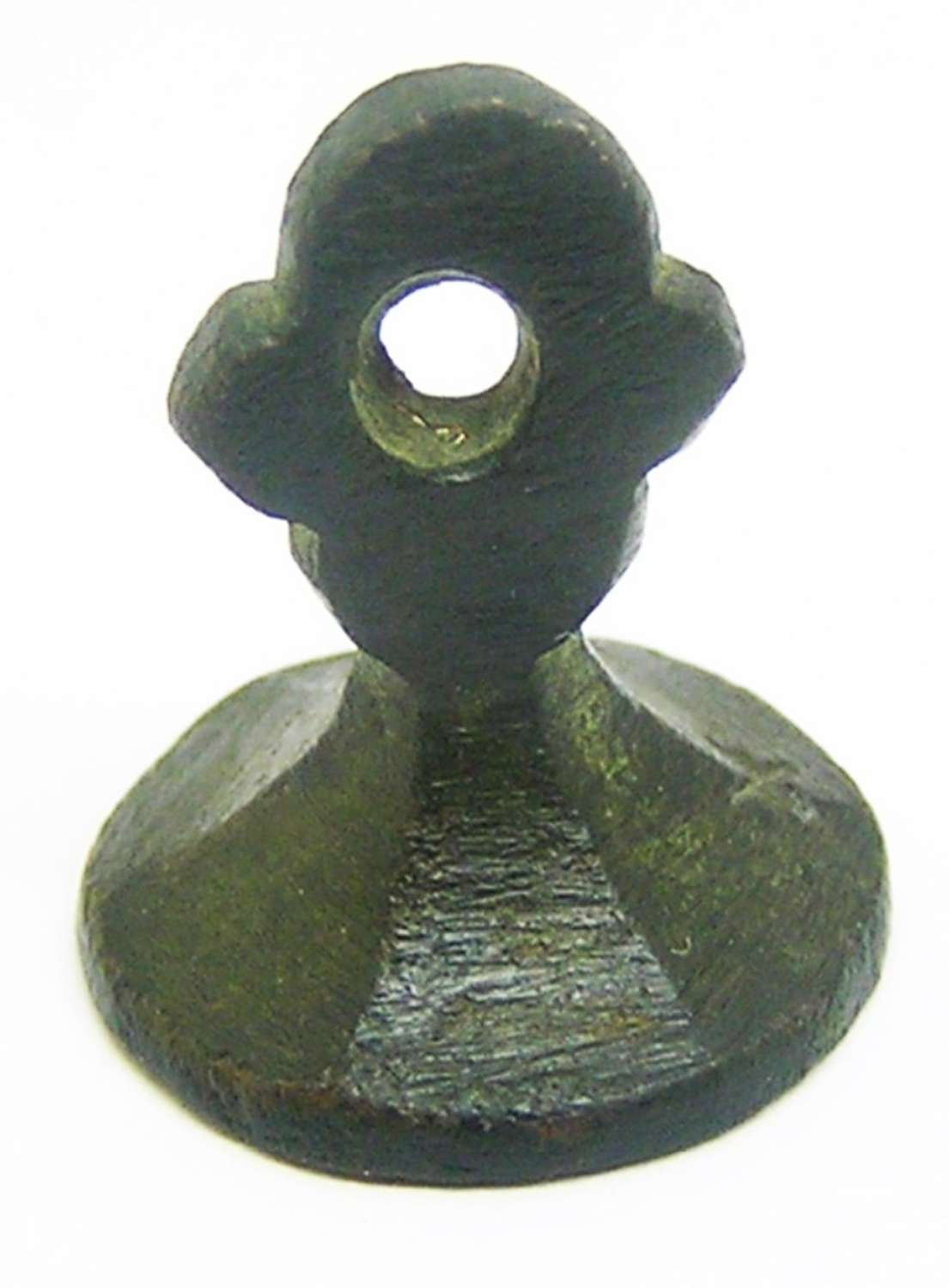 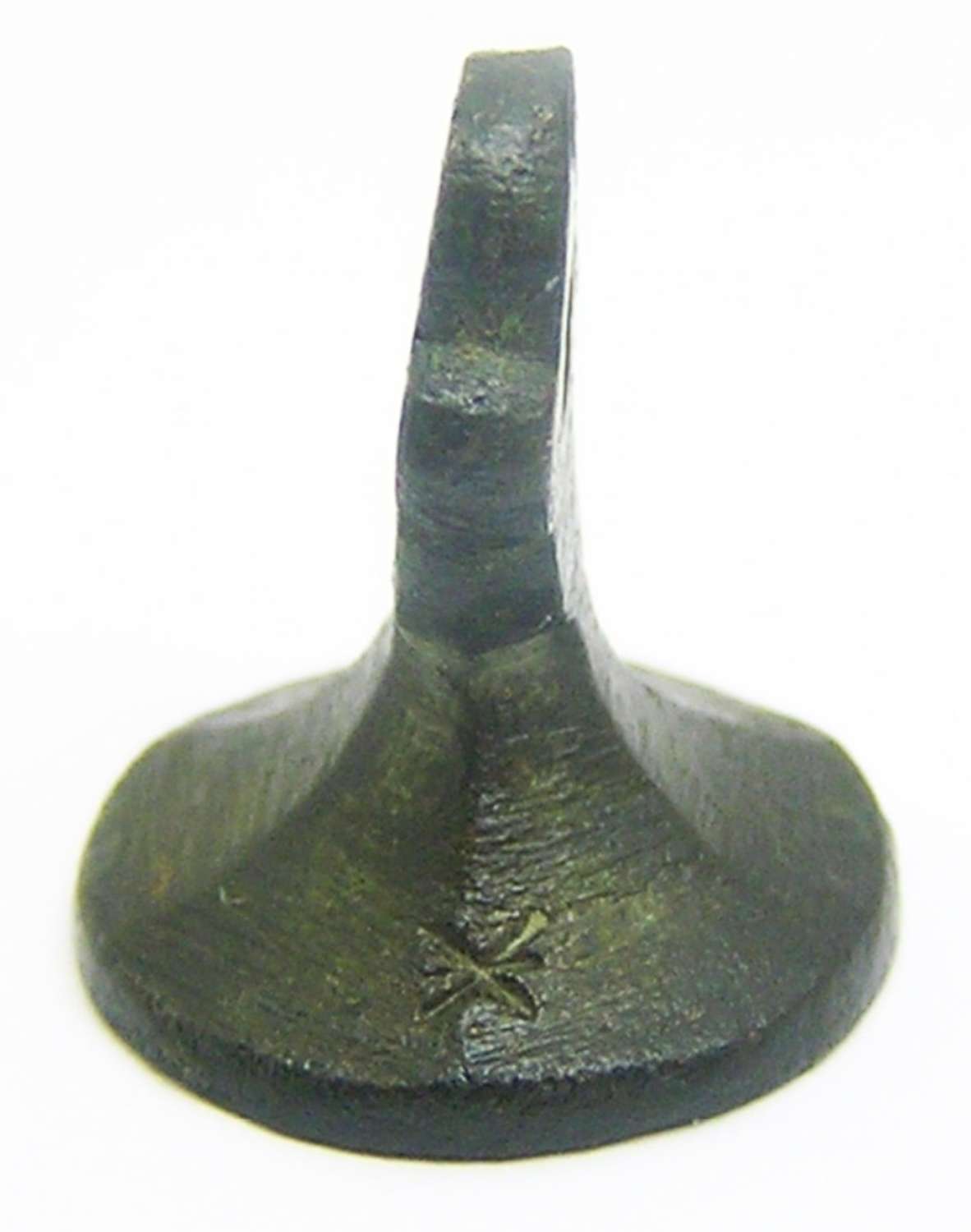 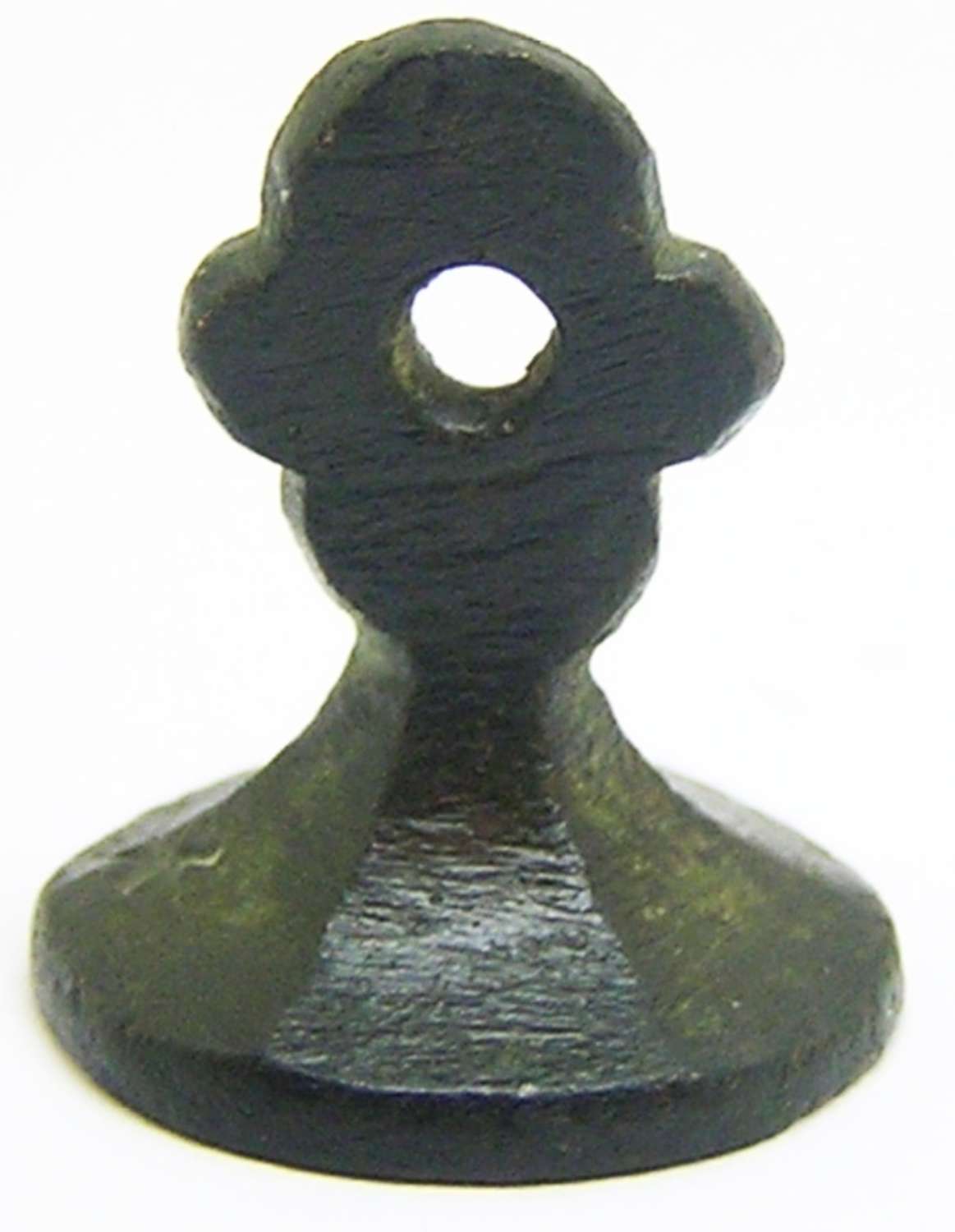 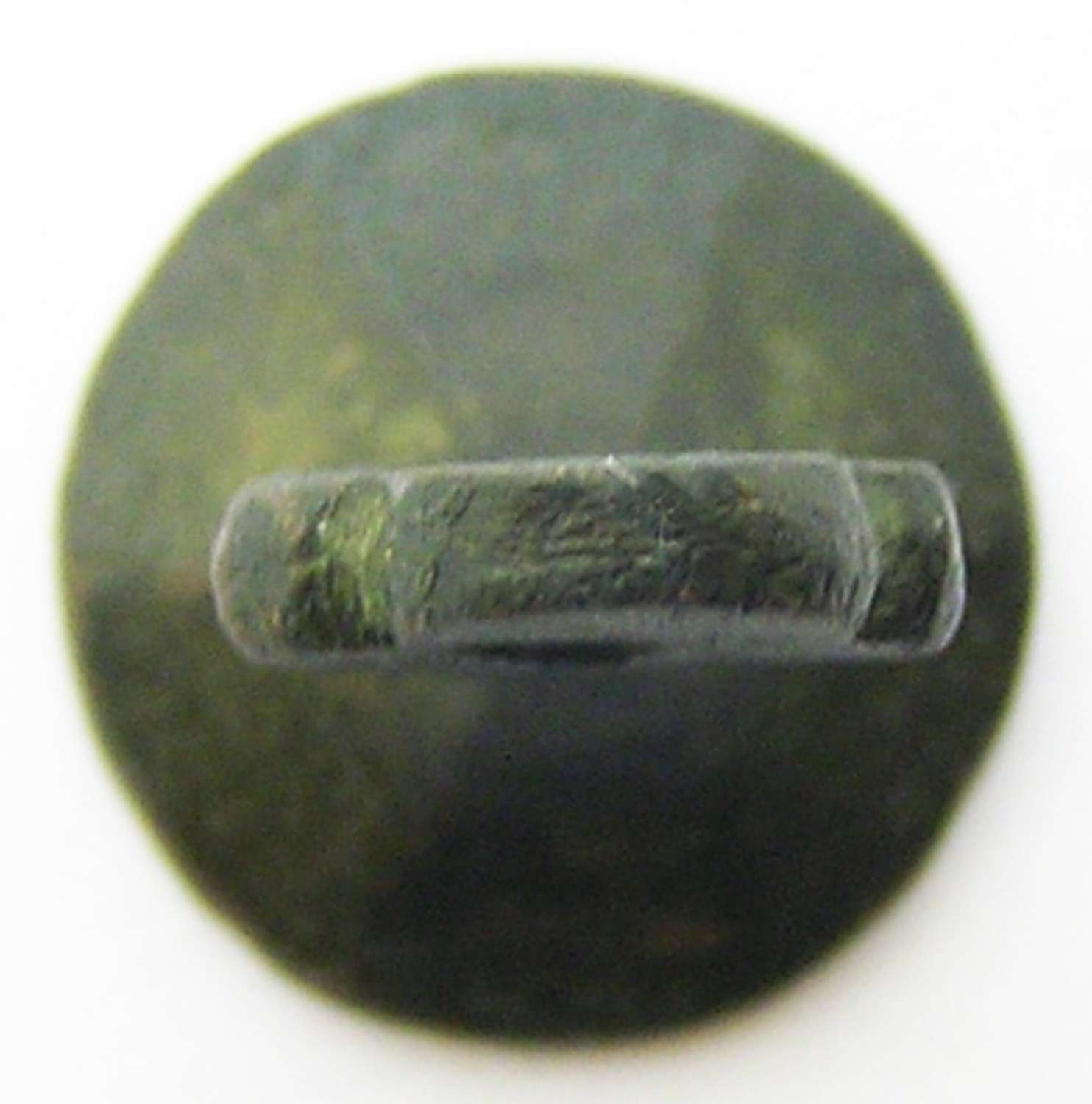 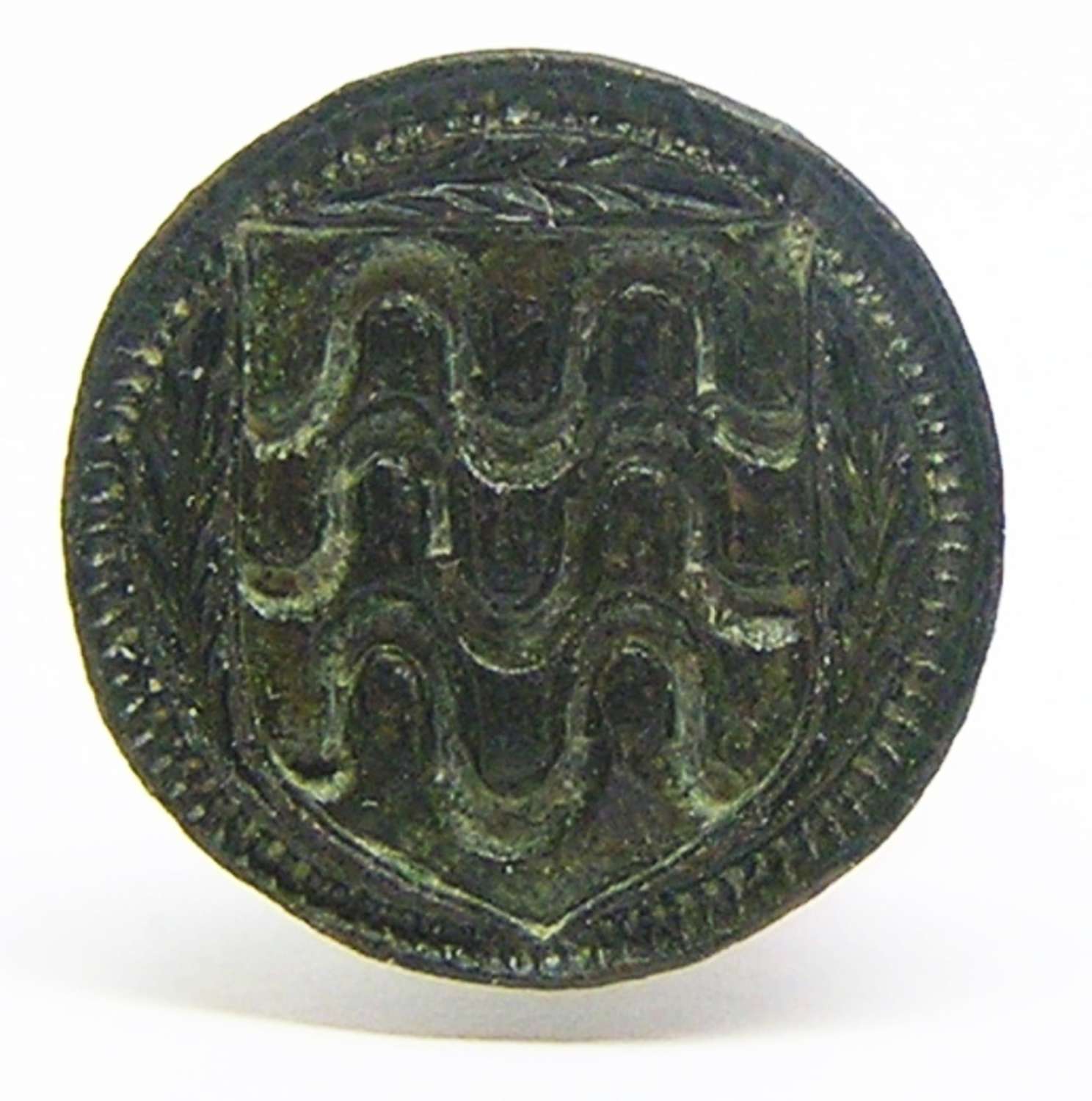 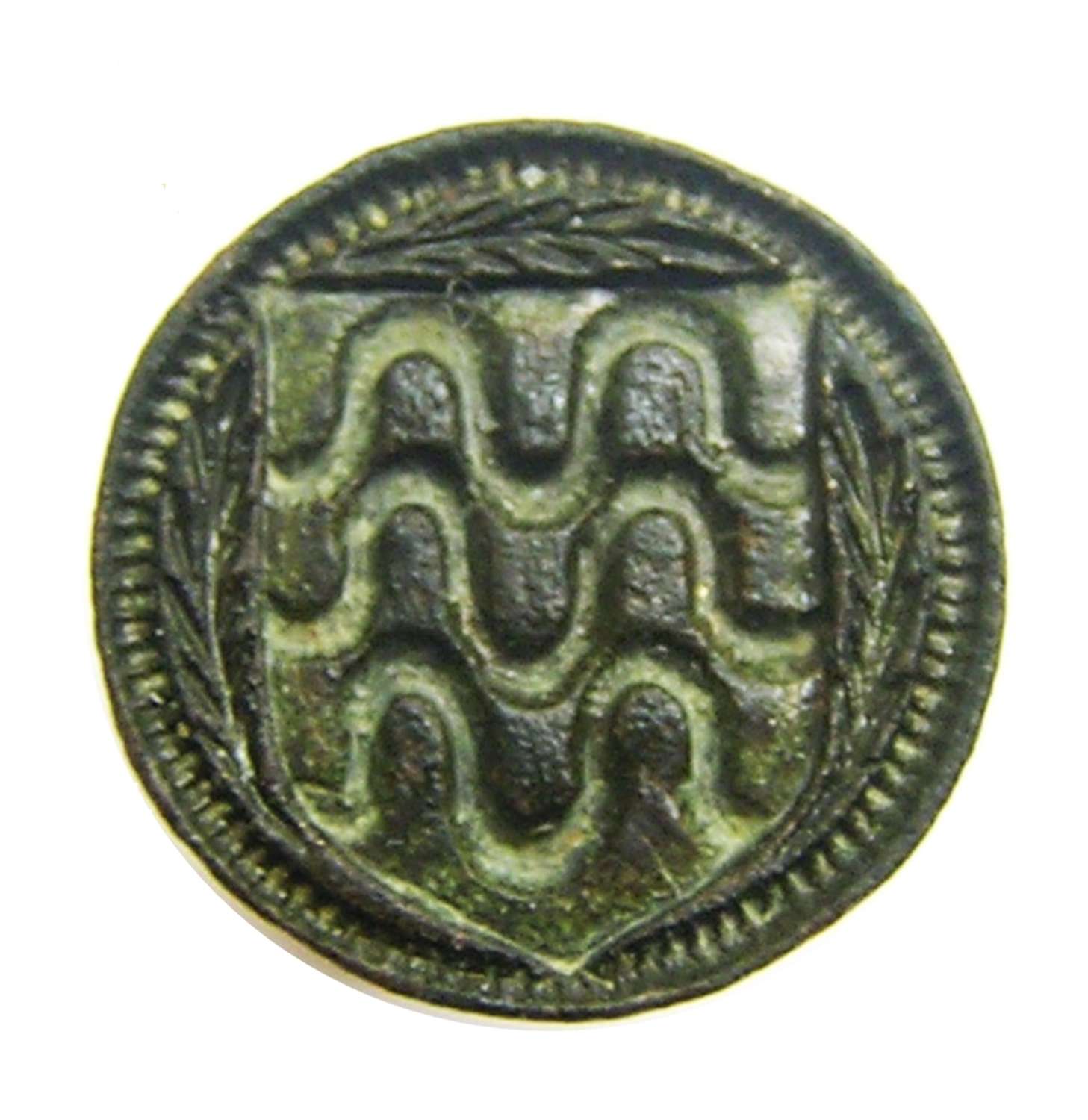 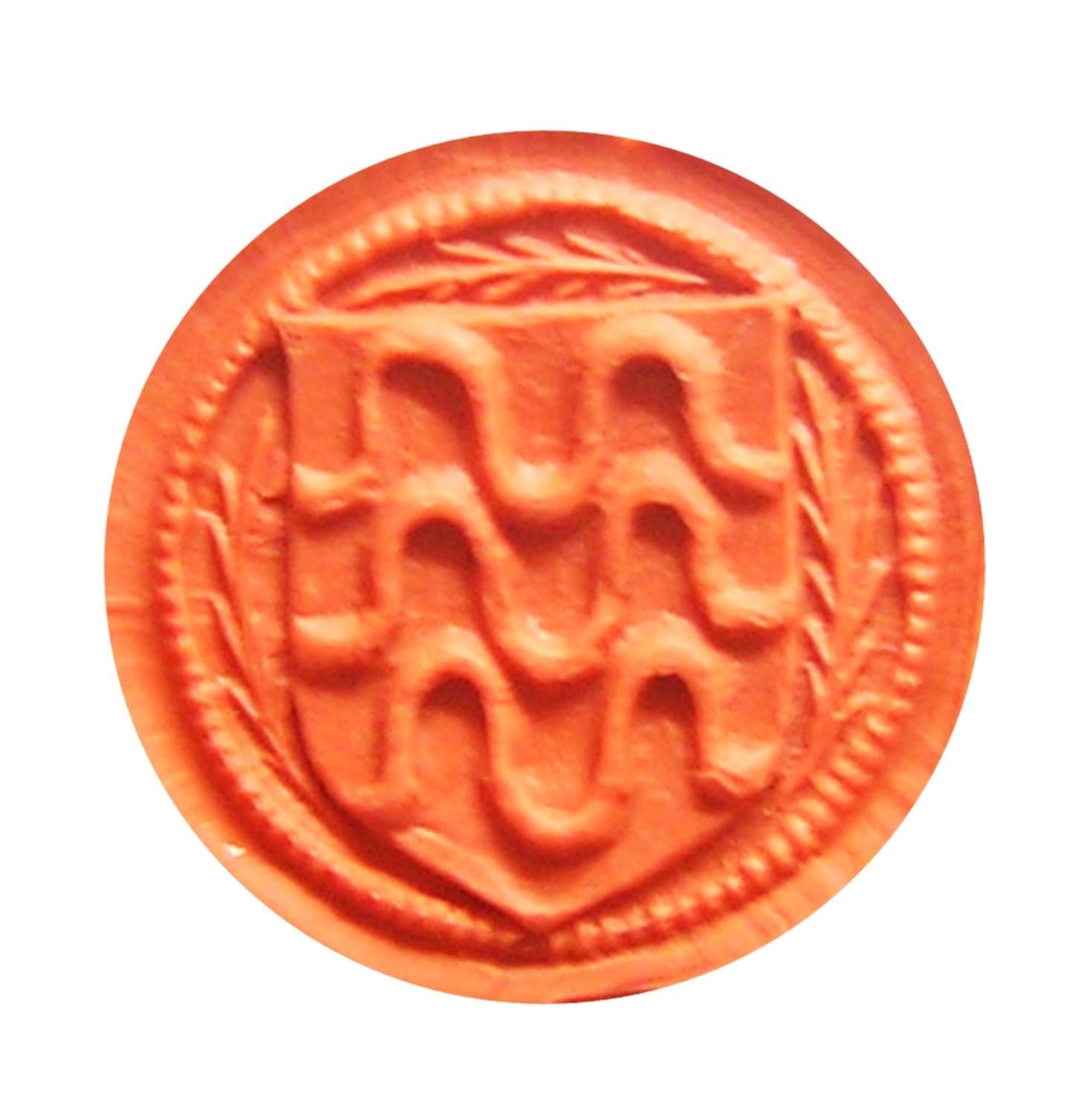