This is a medieval Anglo-Gallic hammered silver Hardi D'Argent, of Edward the Black Prince. It was struck at the La Rochelle mint in France from 1362 - 1372. It depicts Prince Edward standing beneath a canopy, he wears a coronet of a simple band around his head (as opposed to the crown of a king). He is holding a sword with his right hand and pointing to it with his left. The message to his French subjects seems pretty clear!

This coin was struck for use in English held territory in France, it had the value of a silver penny (Sterling). The coin has survived although it retains a large chip and crack. 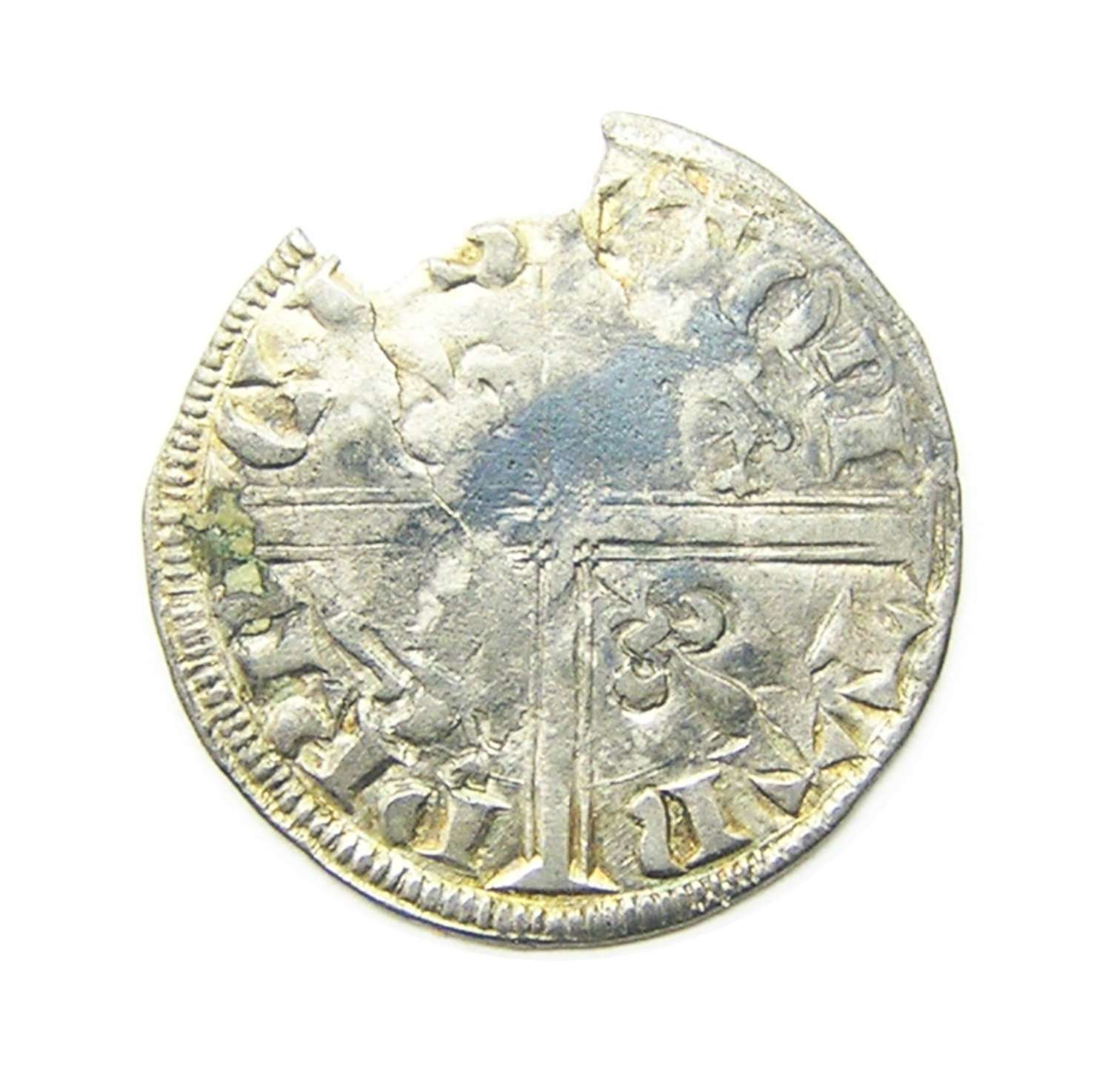 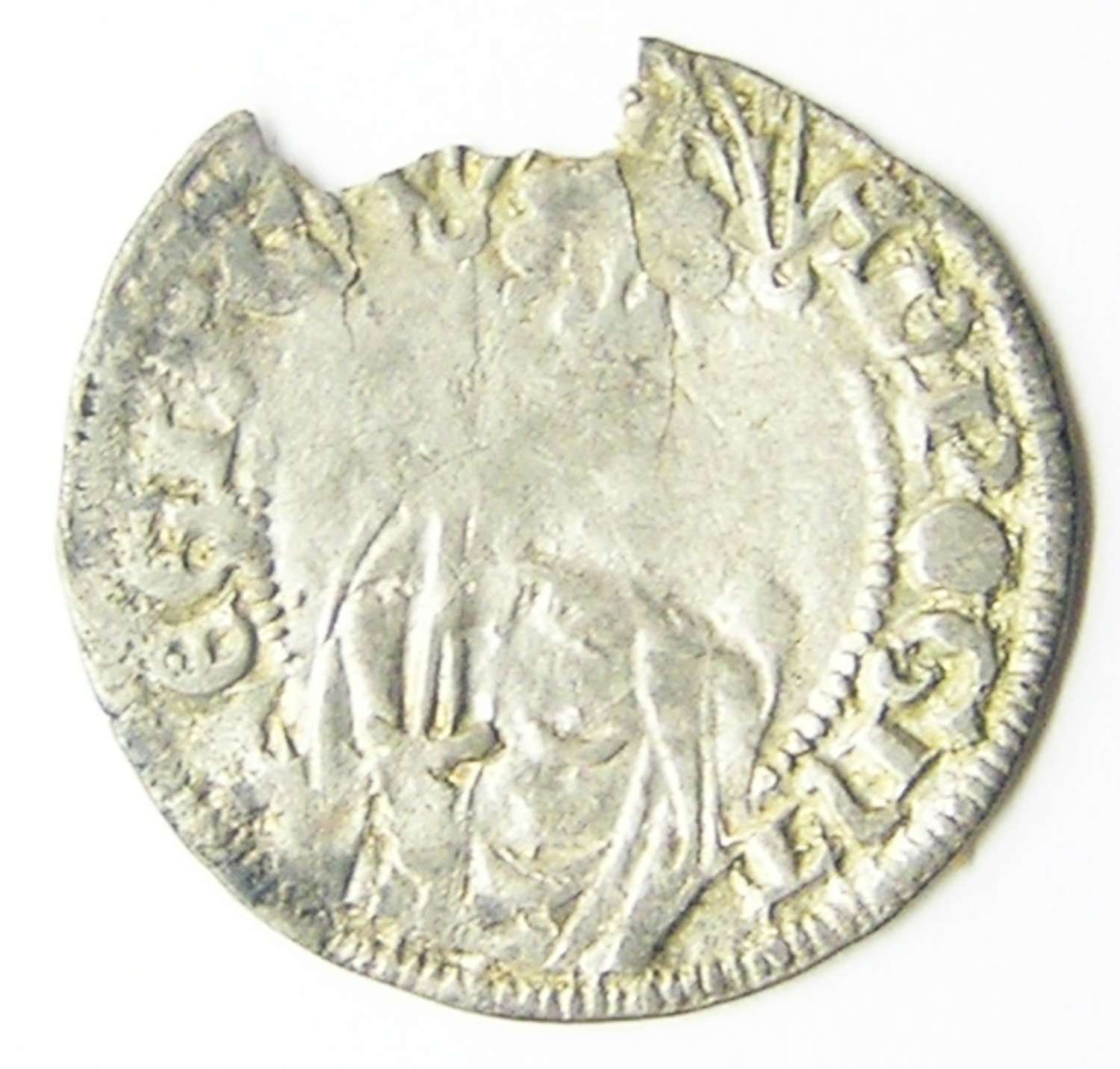 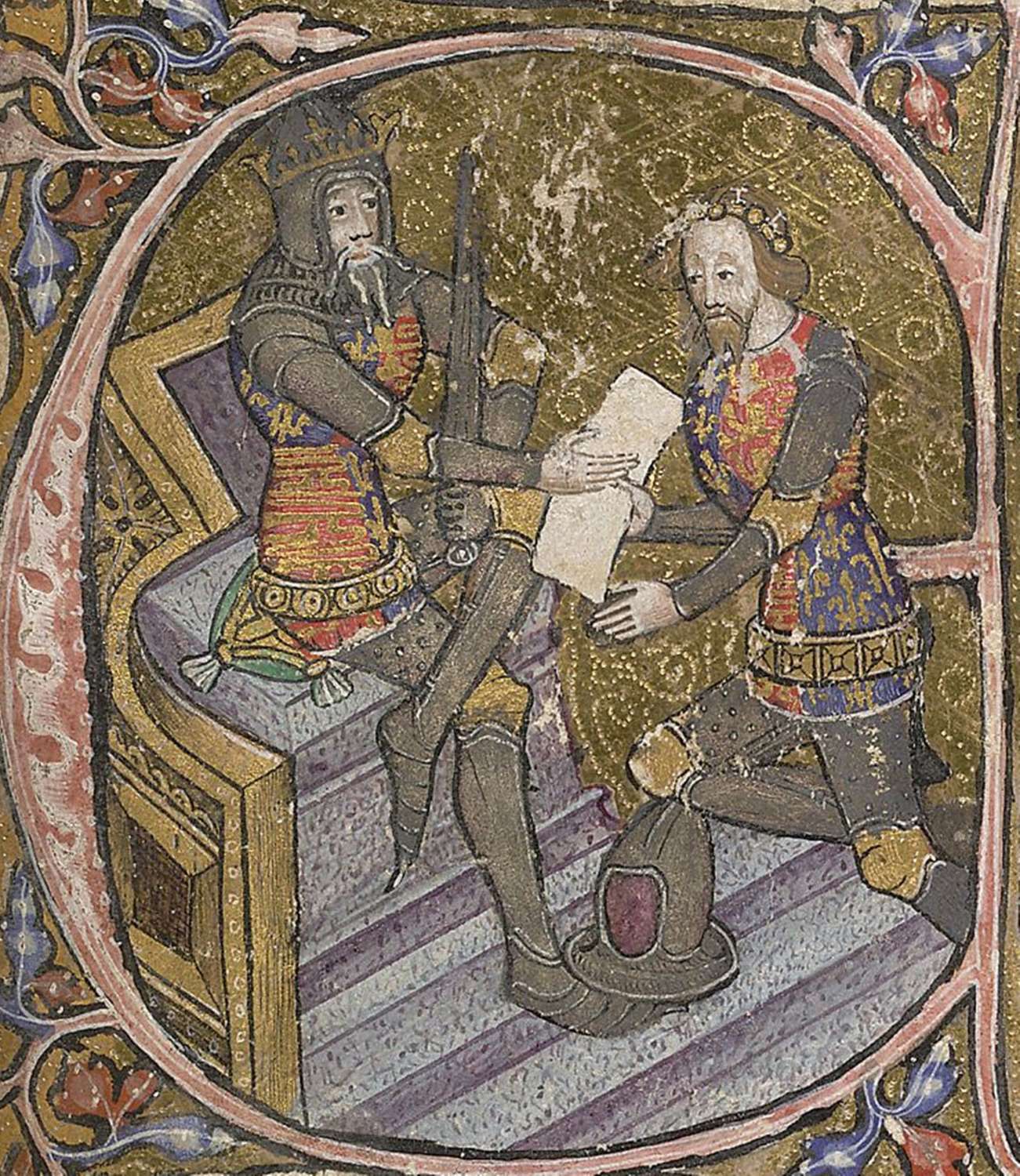