This is an exceptionally rare ancient Roman magical gem, dating to the 2nd - 3rd century A.D. It is cut in intaglio with an image of Aphrodite wringing out her hair, around inscribed ABRA CAZ (Abracadabra). The back of the gem is cut in intaglio with a representation of scarab, around IAW.  Similar gems in the Campbell Bonner Magical Gems Database, CBd-480, CBd-478 and CBd-477. The image of Aphrodite Anadyomene, refers to "Venus Rising From the Sea", the use of blue lapis-lazuli indicates the waves. A very nice ancient gem and highly recommended! 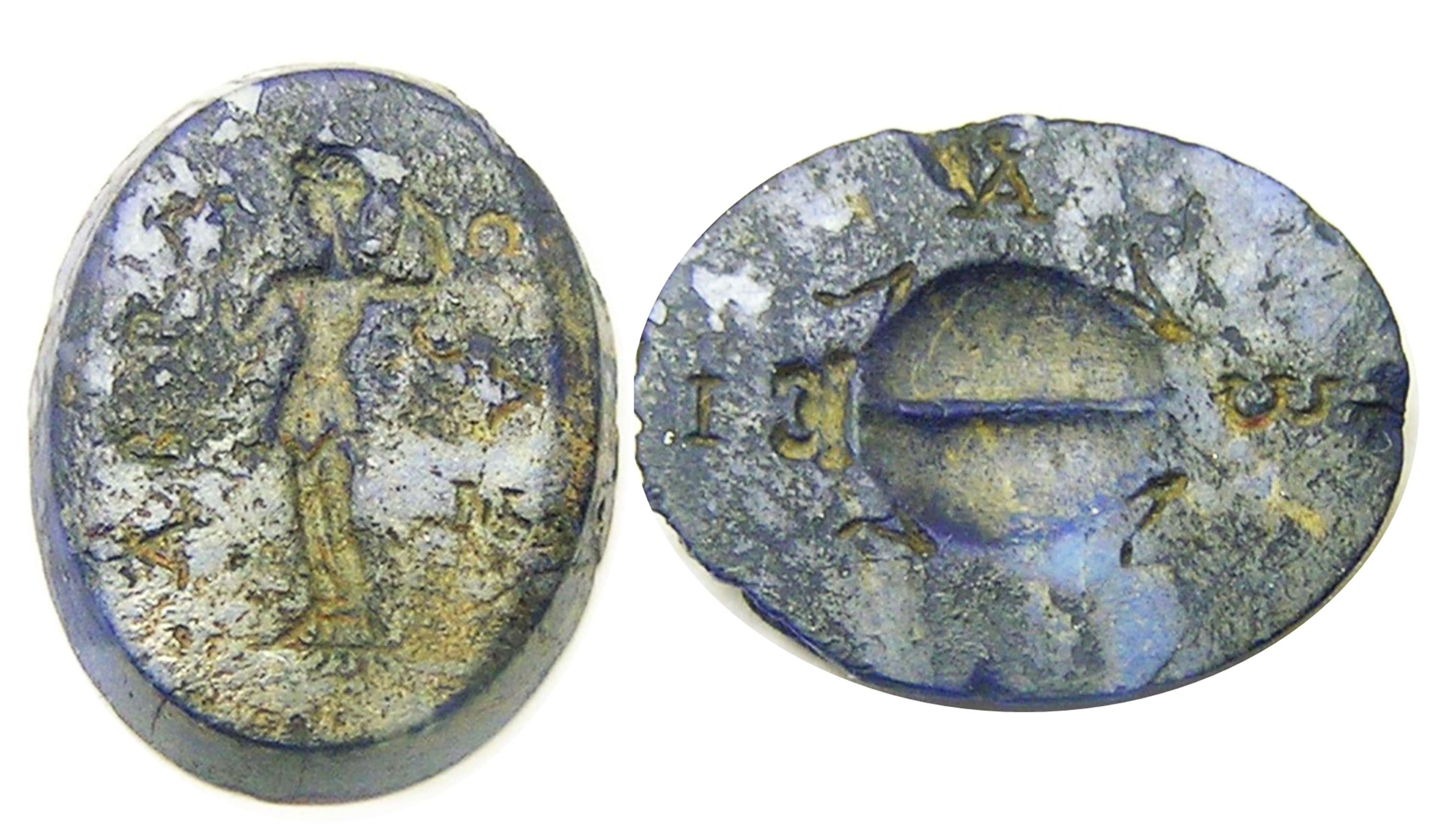 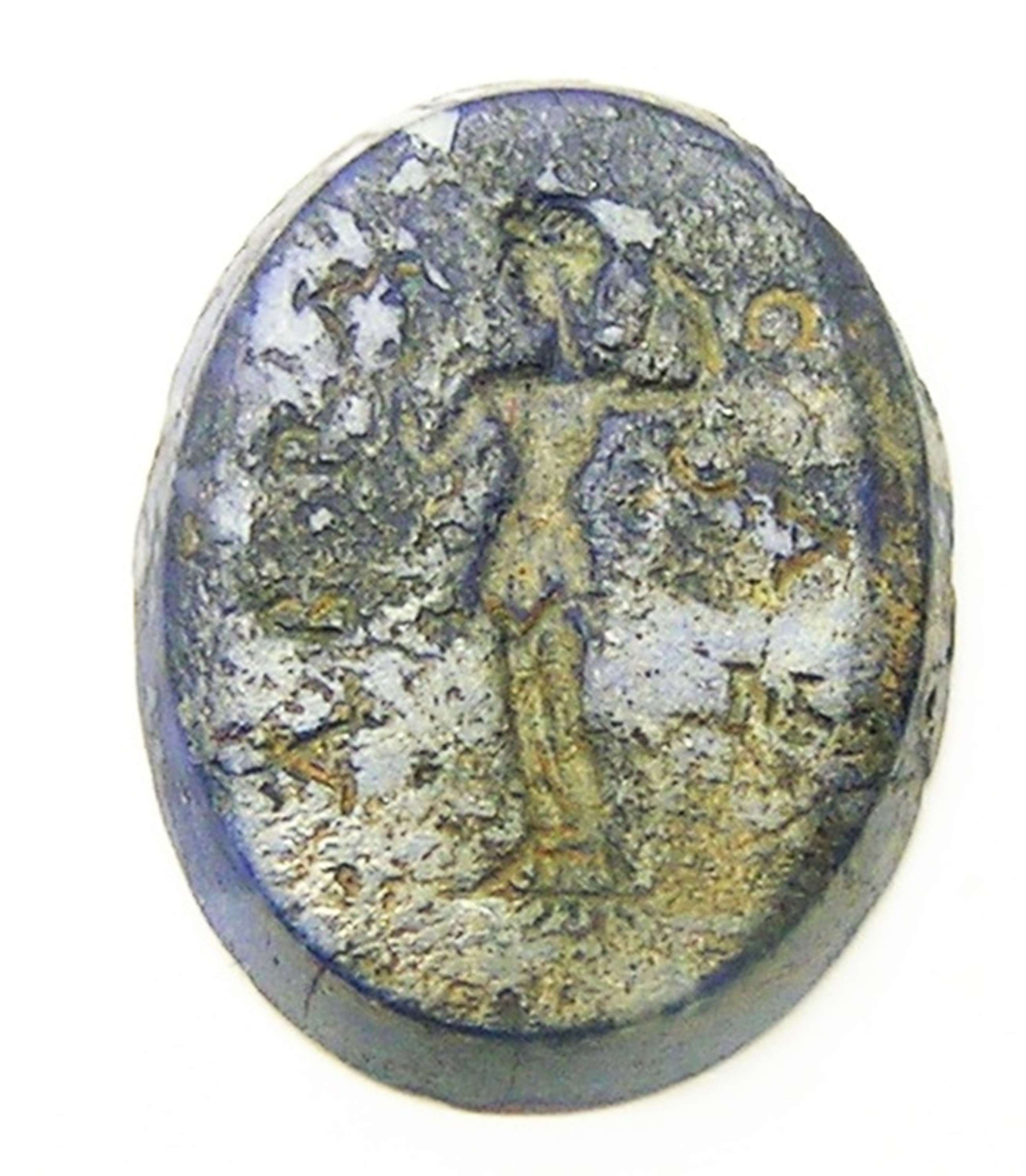 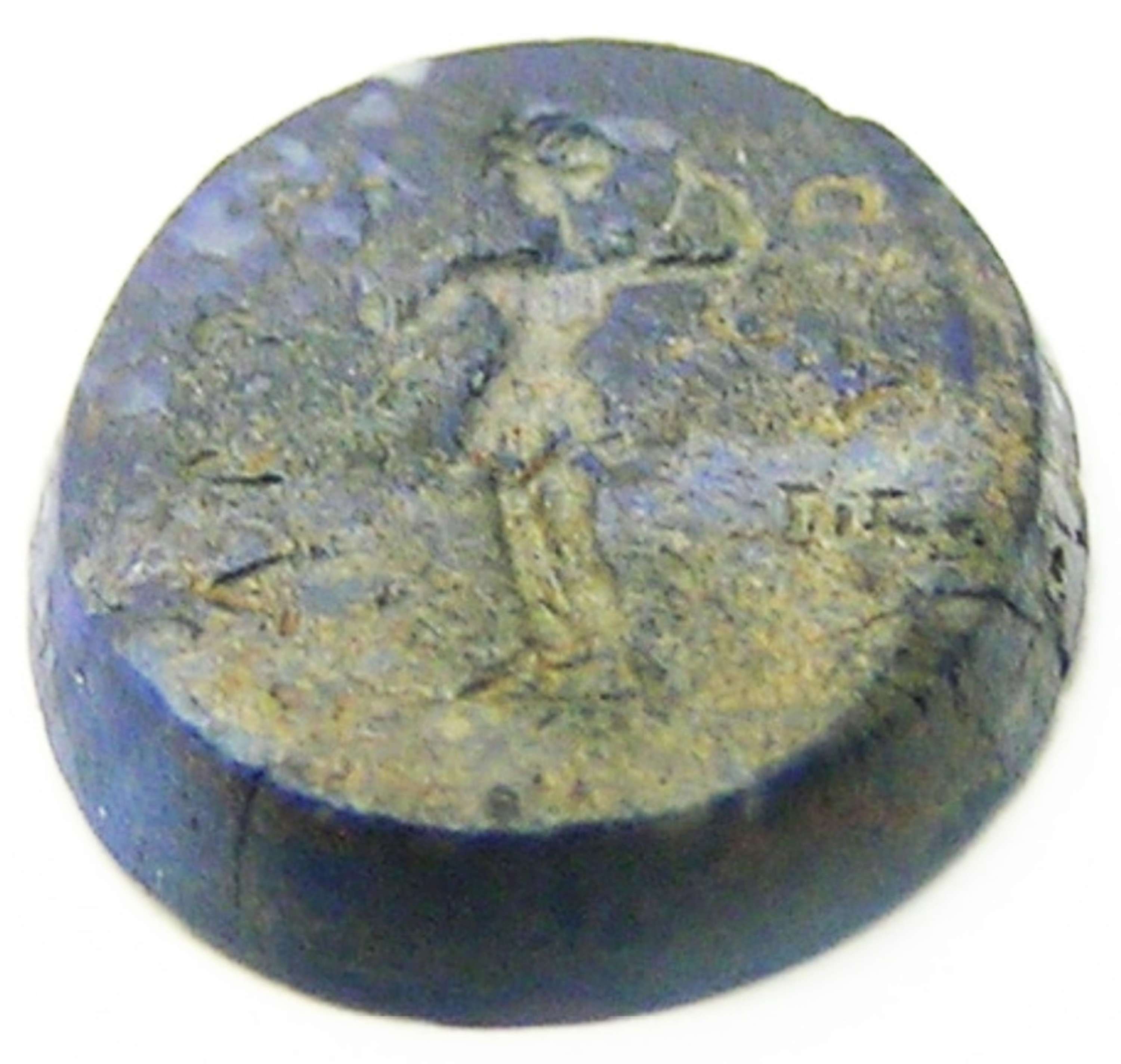 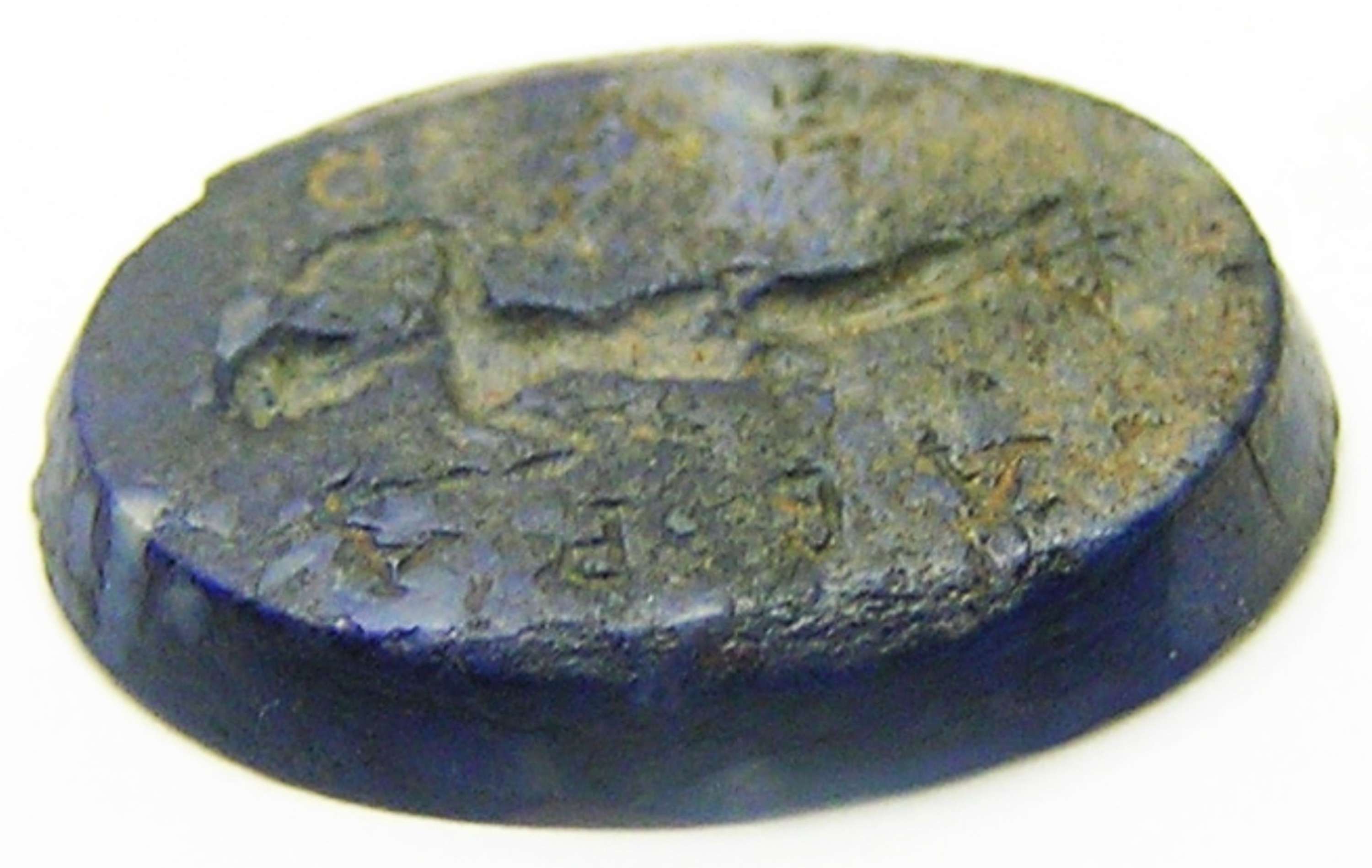 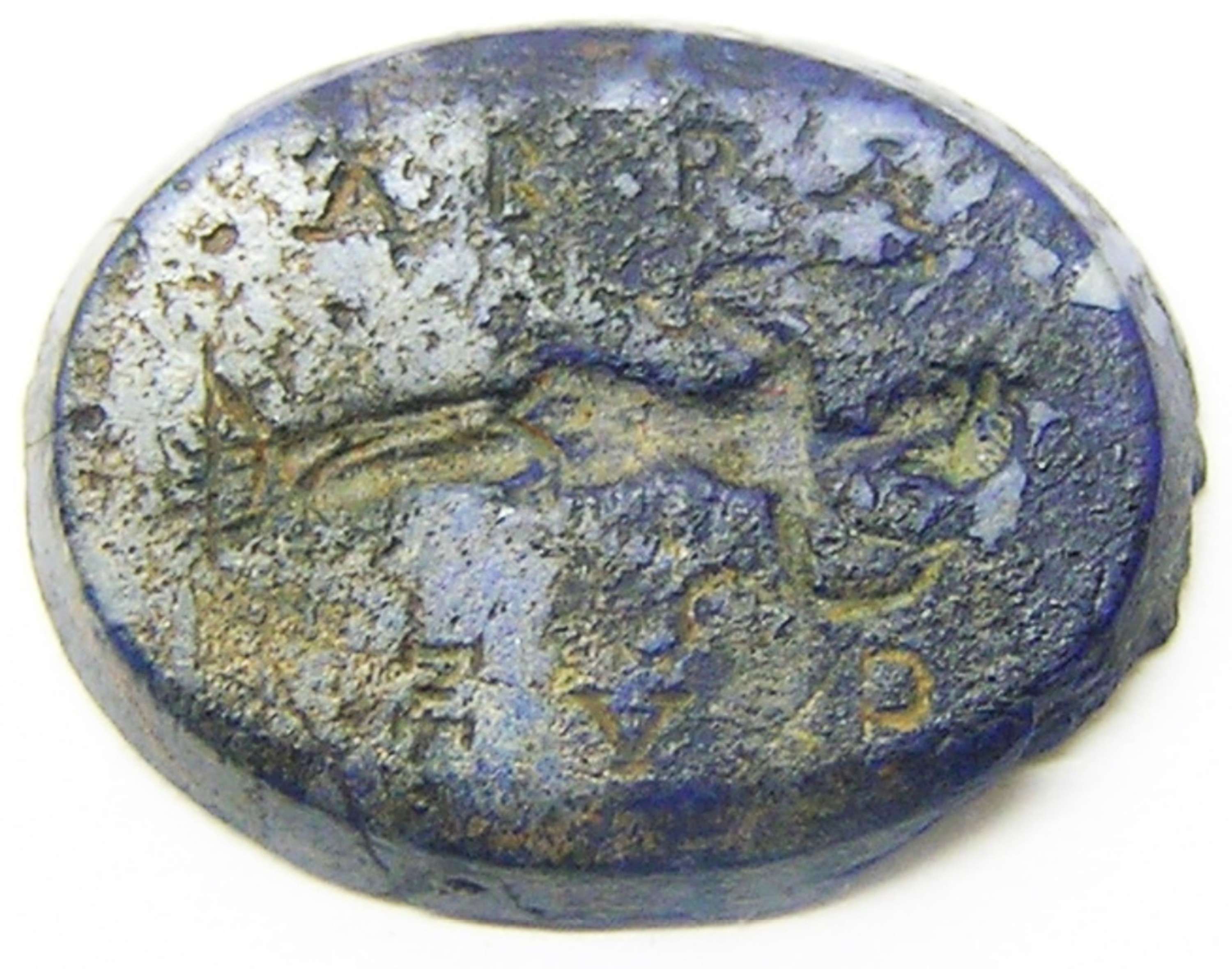 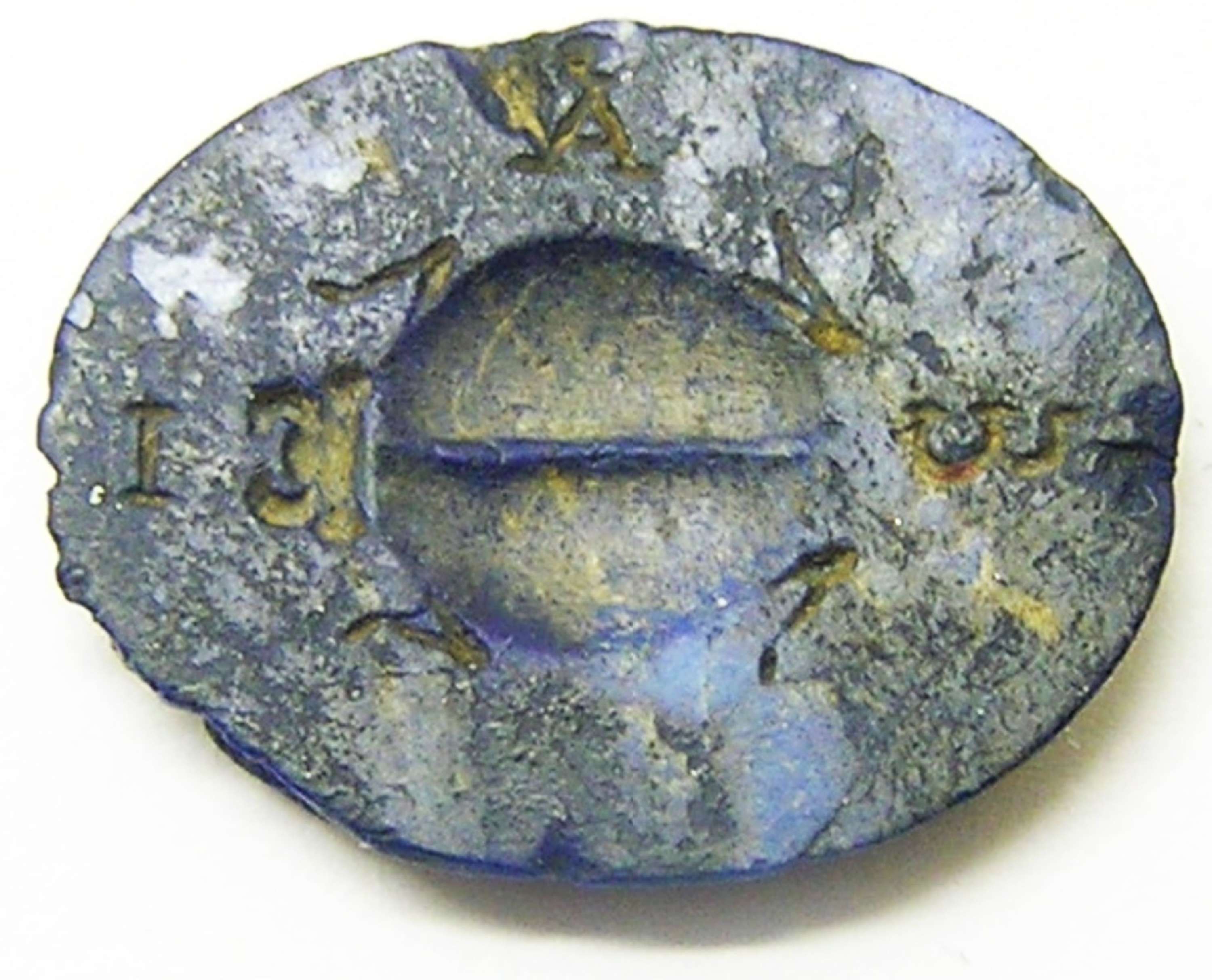 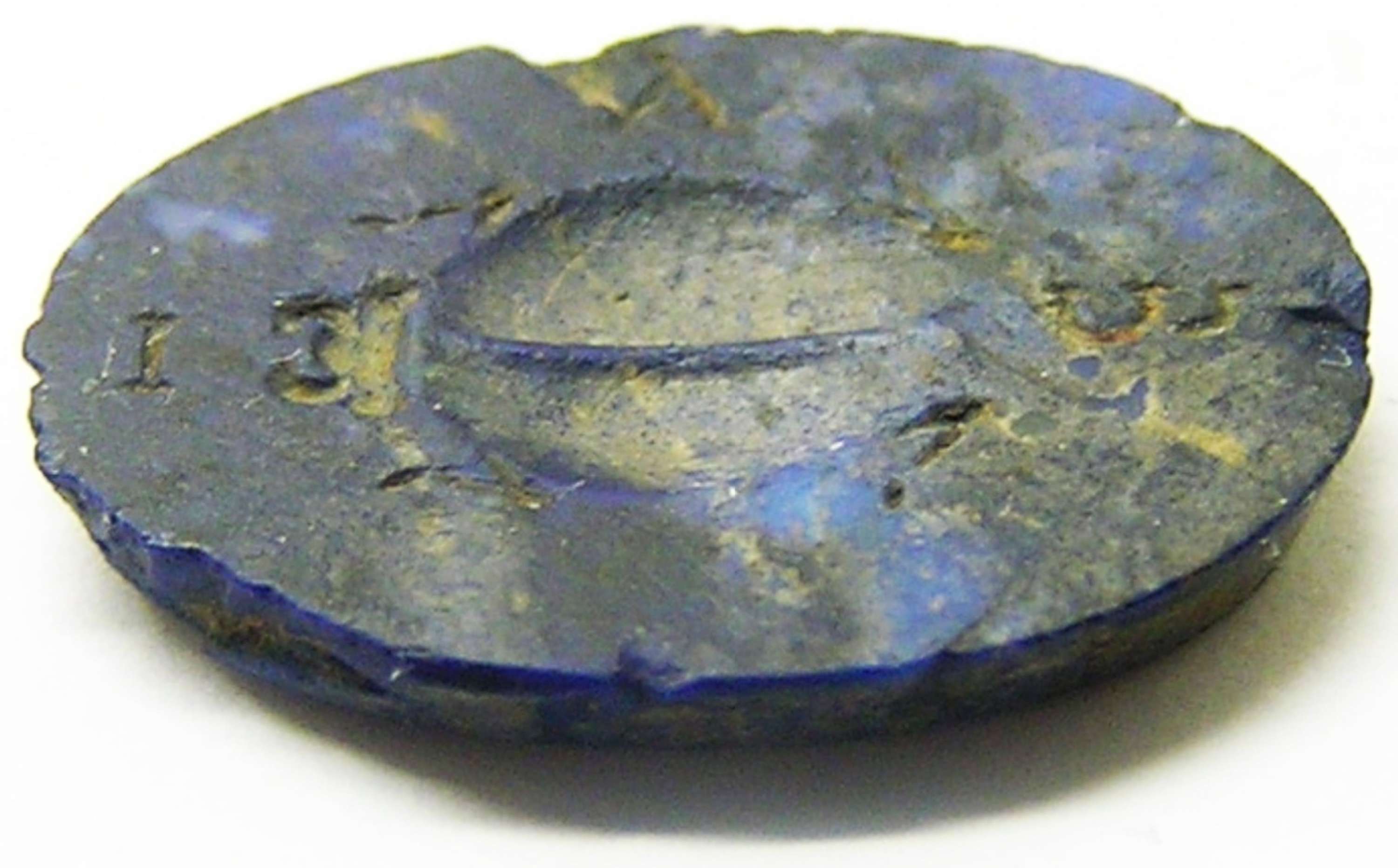