This is an interesting Roman bronze amulet, dating to the 1st - 3rd century A.D. The object is cast in the form of handled vessel, more precisely a situla. The situla was a specific type of vessel that (according to Plutarch and other sources) was a sign of a devotee of the goddess Isis, who herself is often shown carrying one (containing water from the sacred Nile), with a rounded bottom. This rounded shape, often with a "nipple" at the bottom is believed to have represented the female breast. These were also donated to temples as votive offerings by devotees or worn as amulets for divine protection.

This example was found in France, far from Egypt and likely belonged to a Roman devotee or priestess. A nice object with a good patina and much charm. 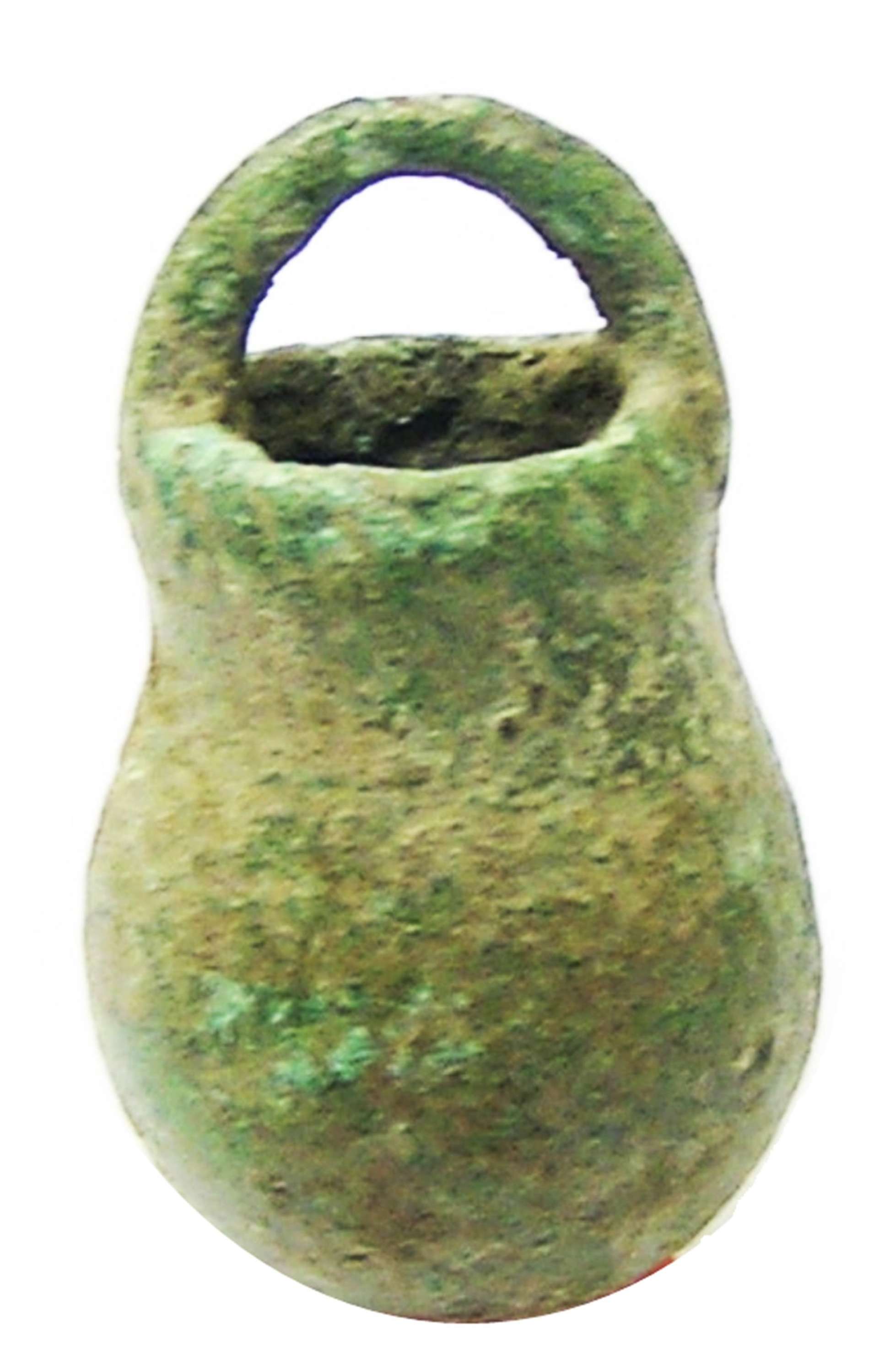 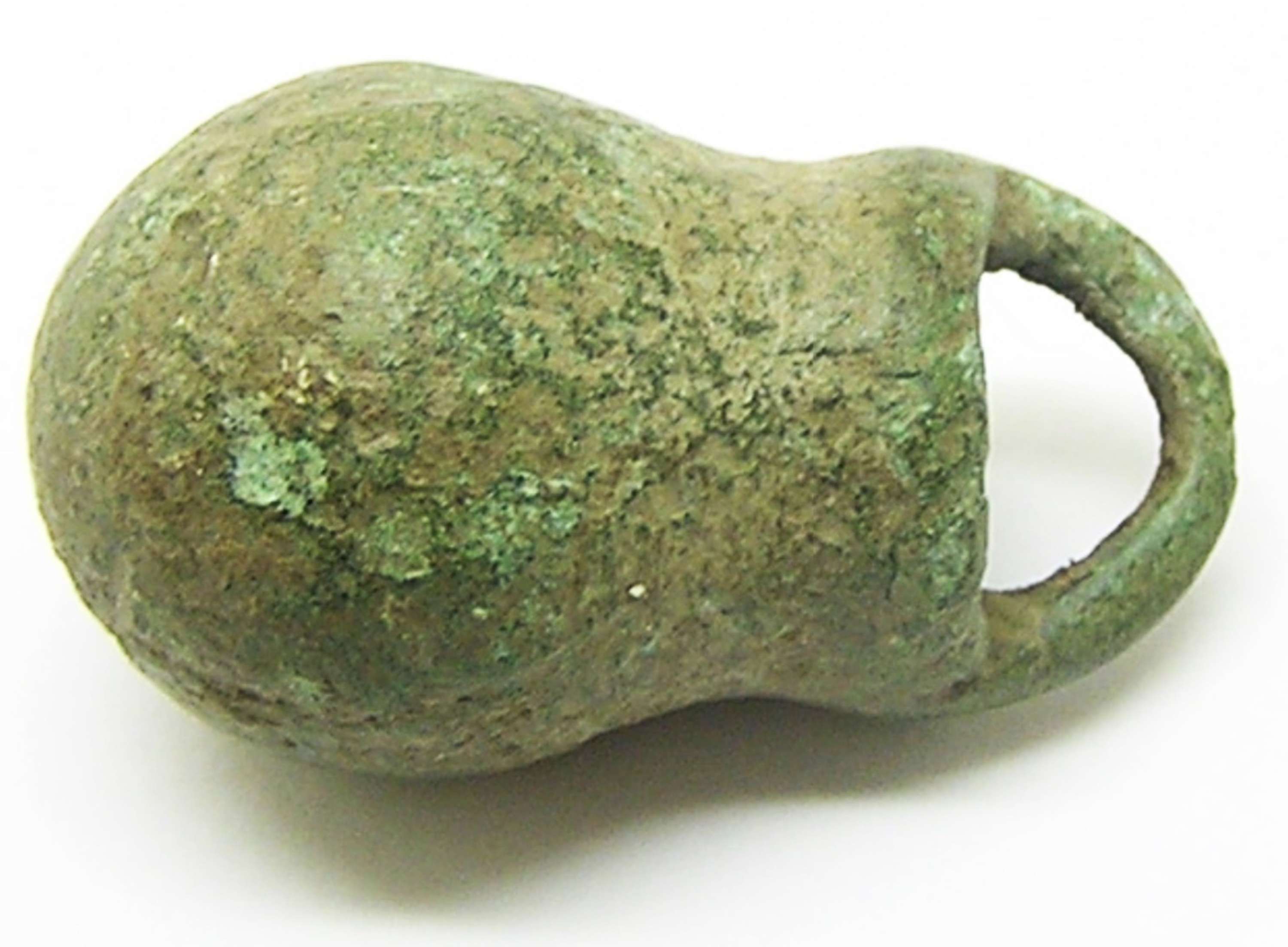 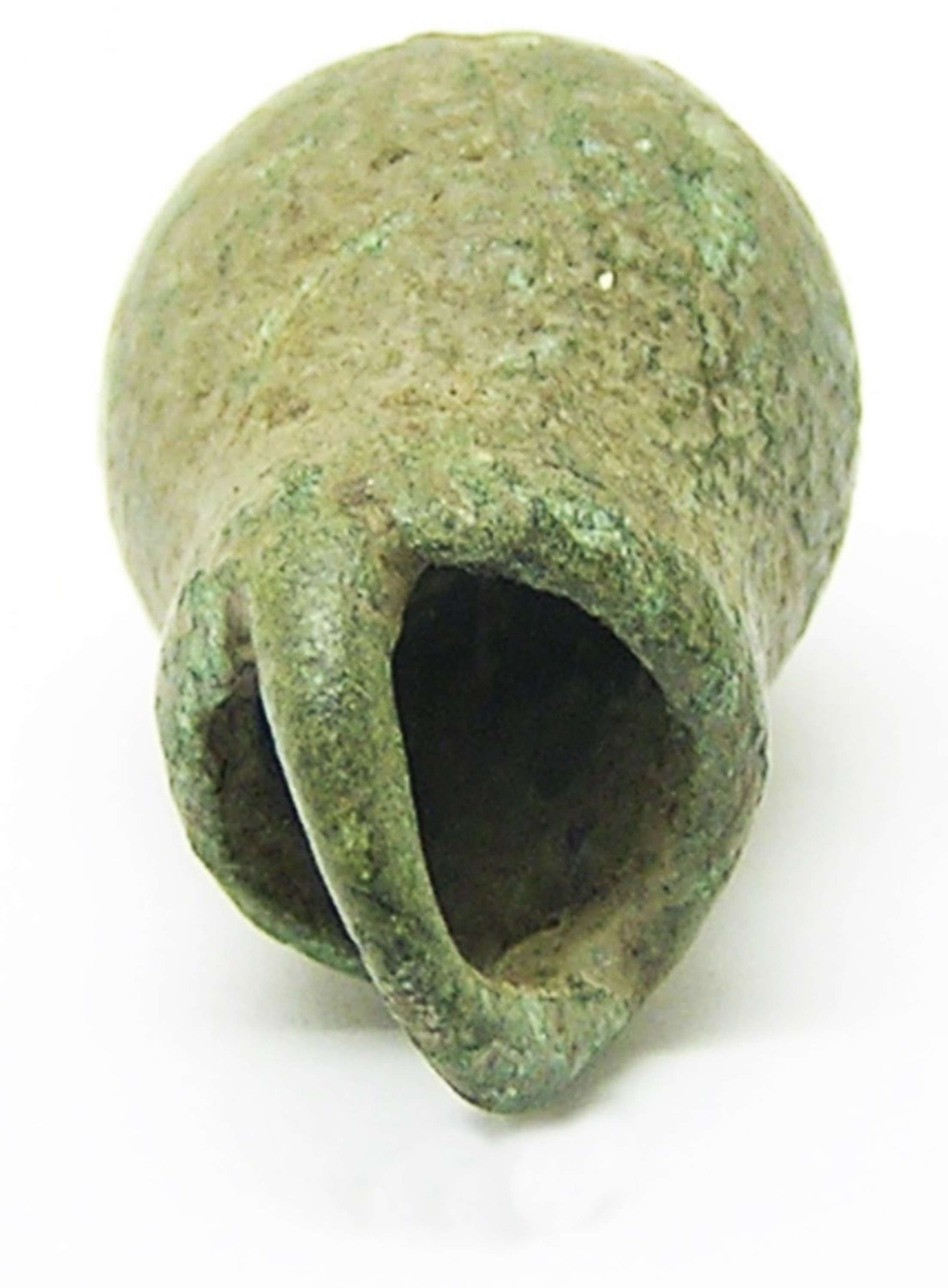 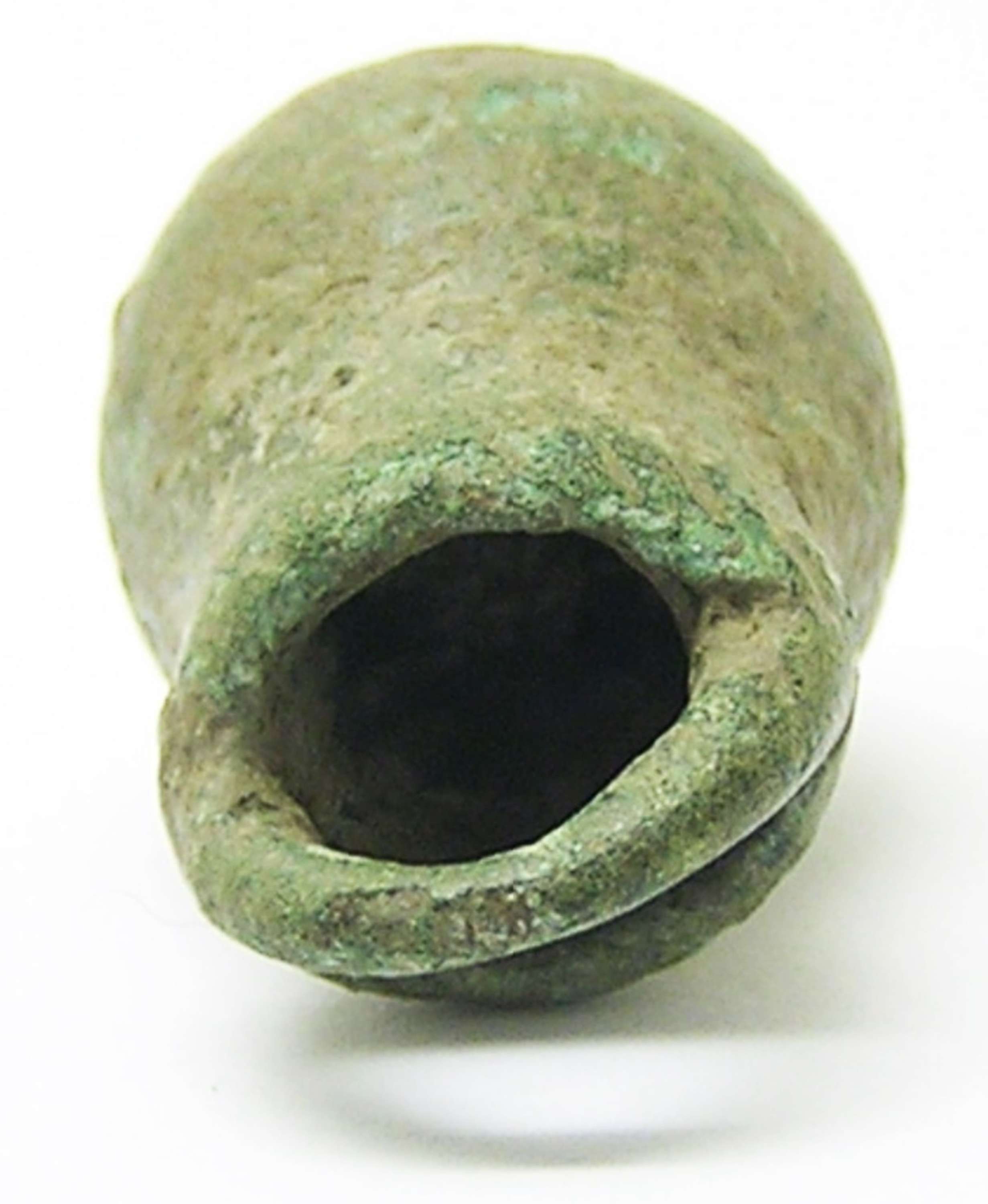 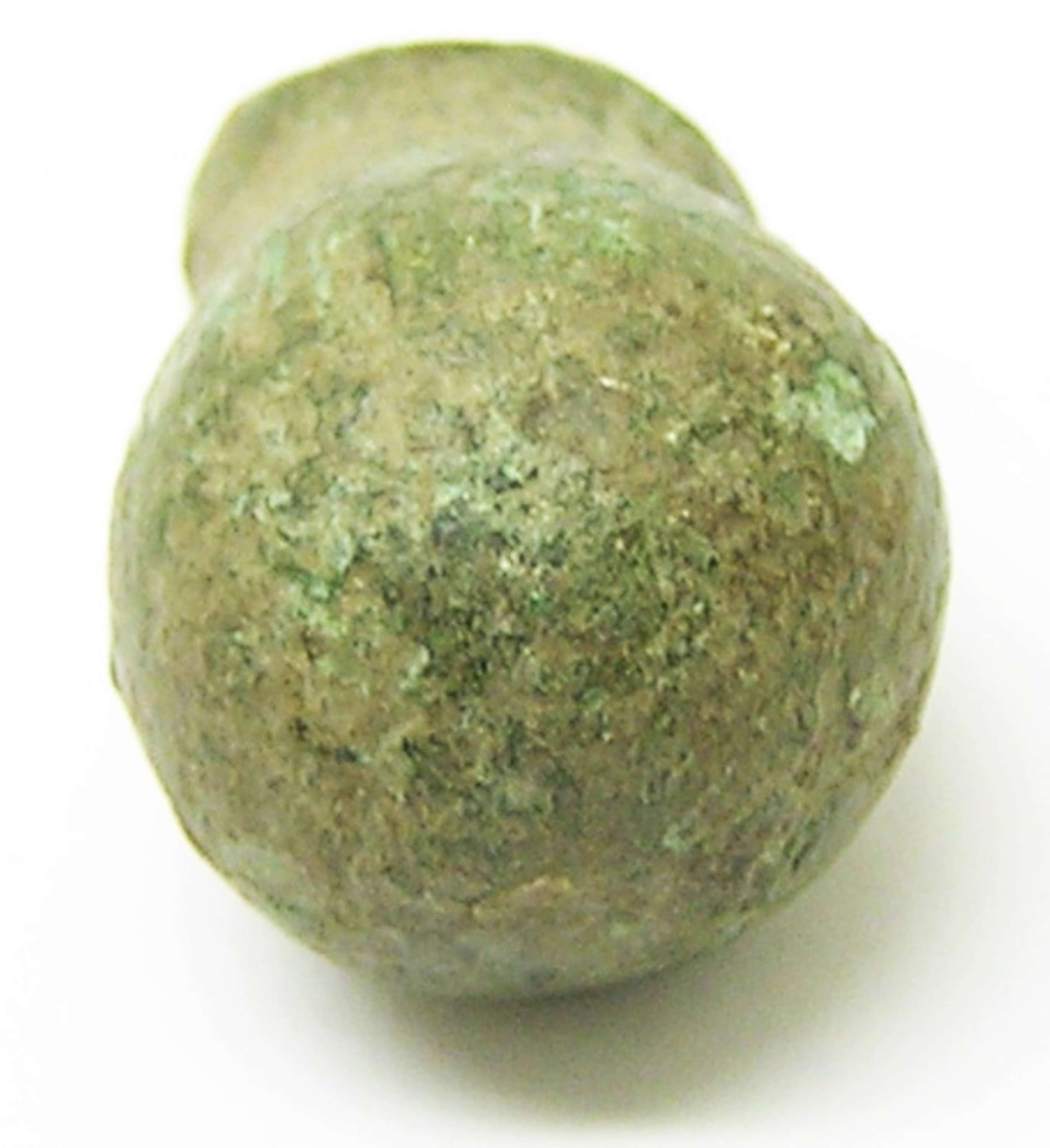 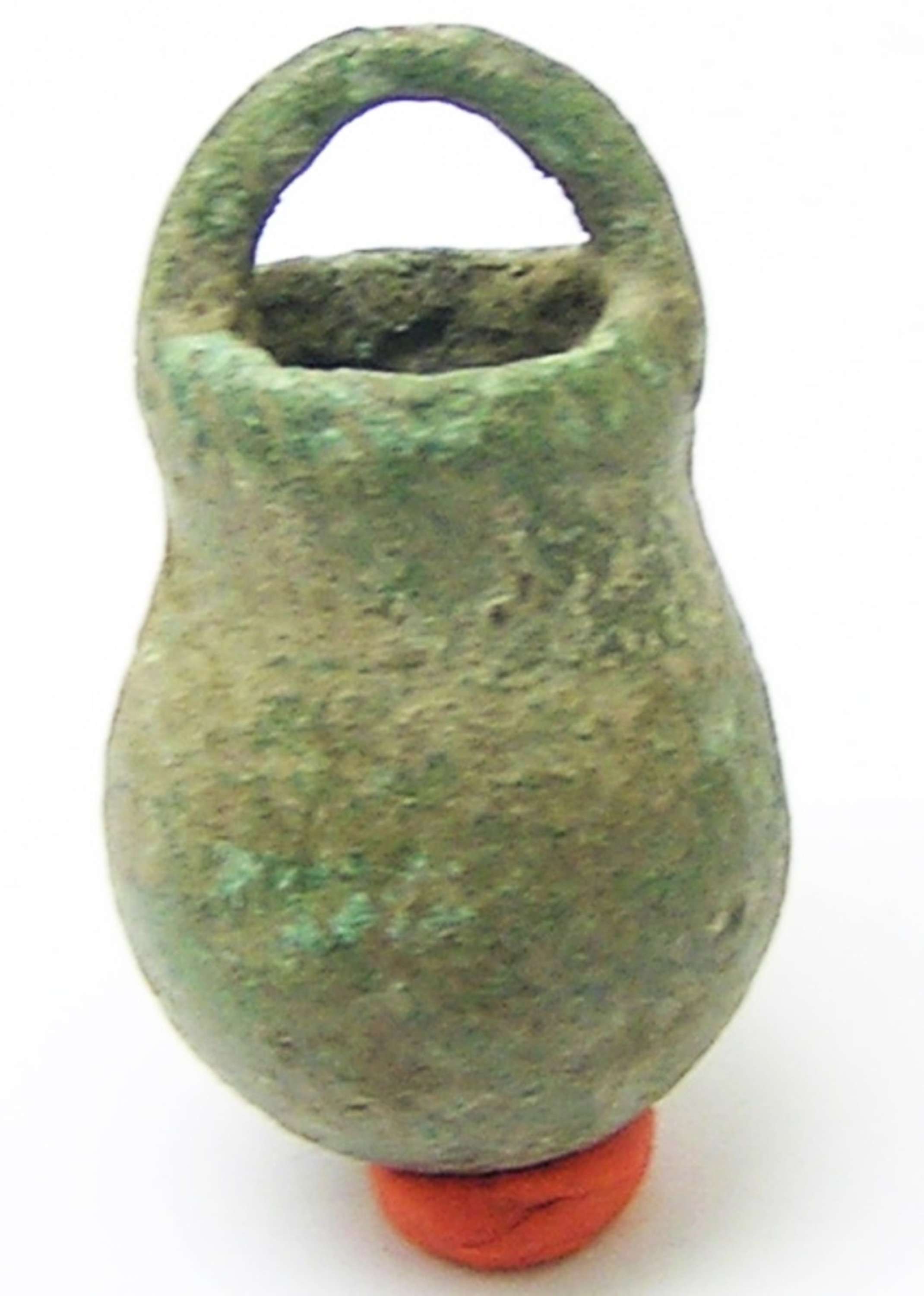 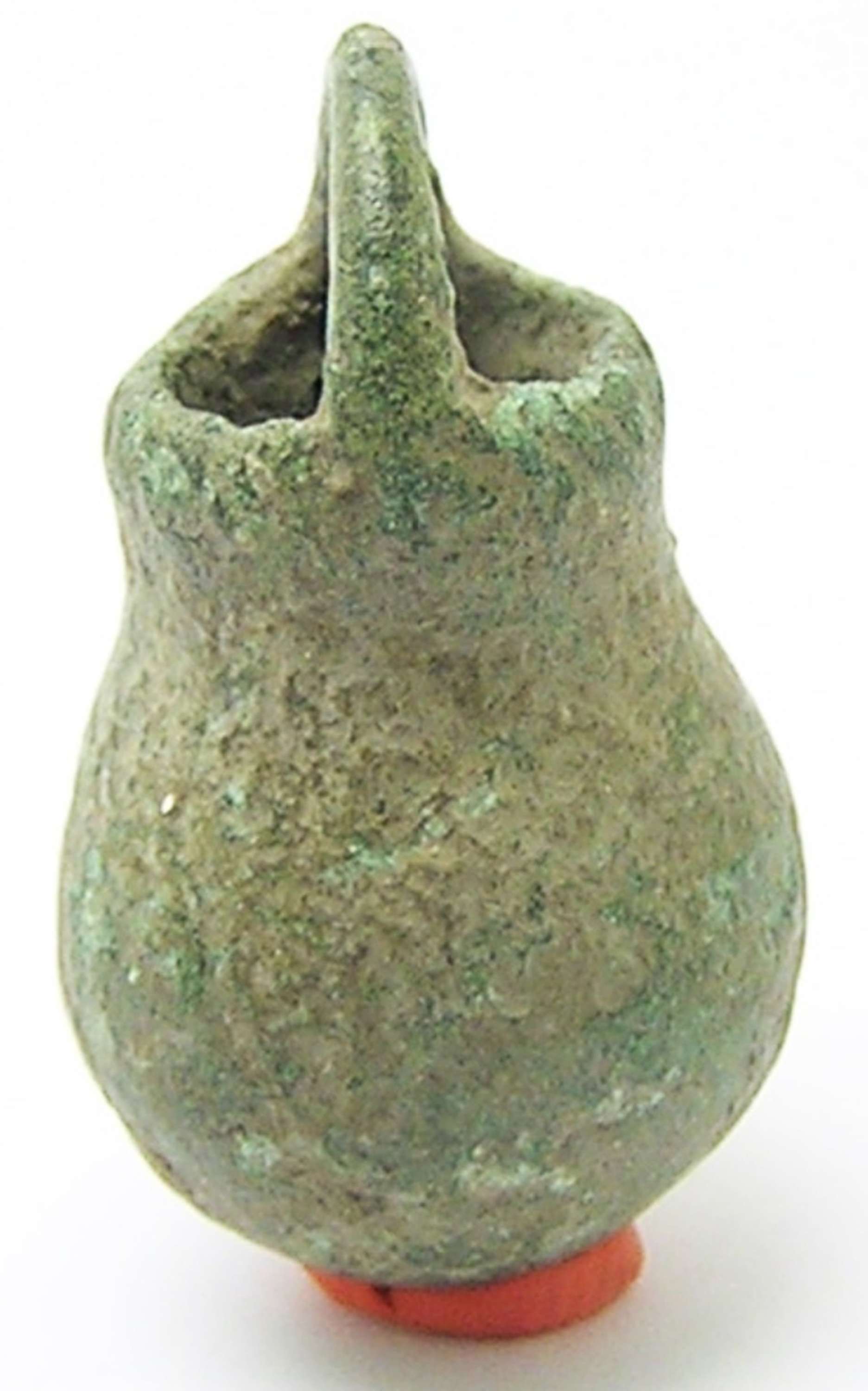 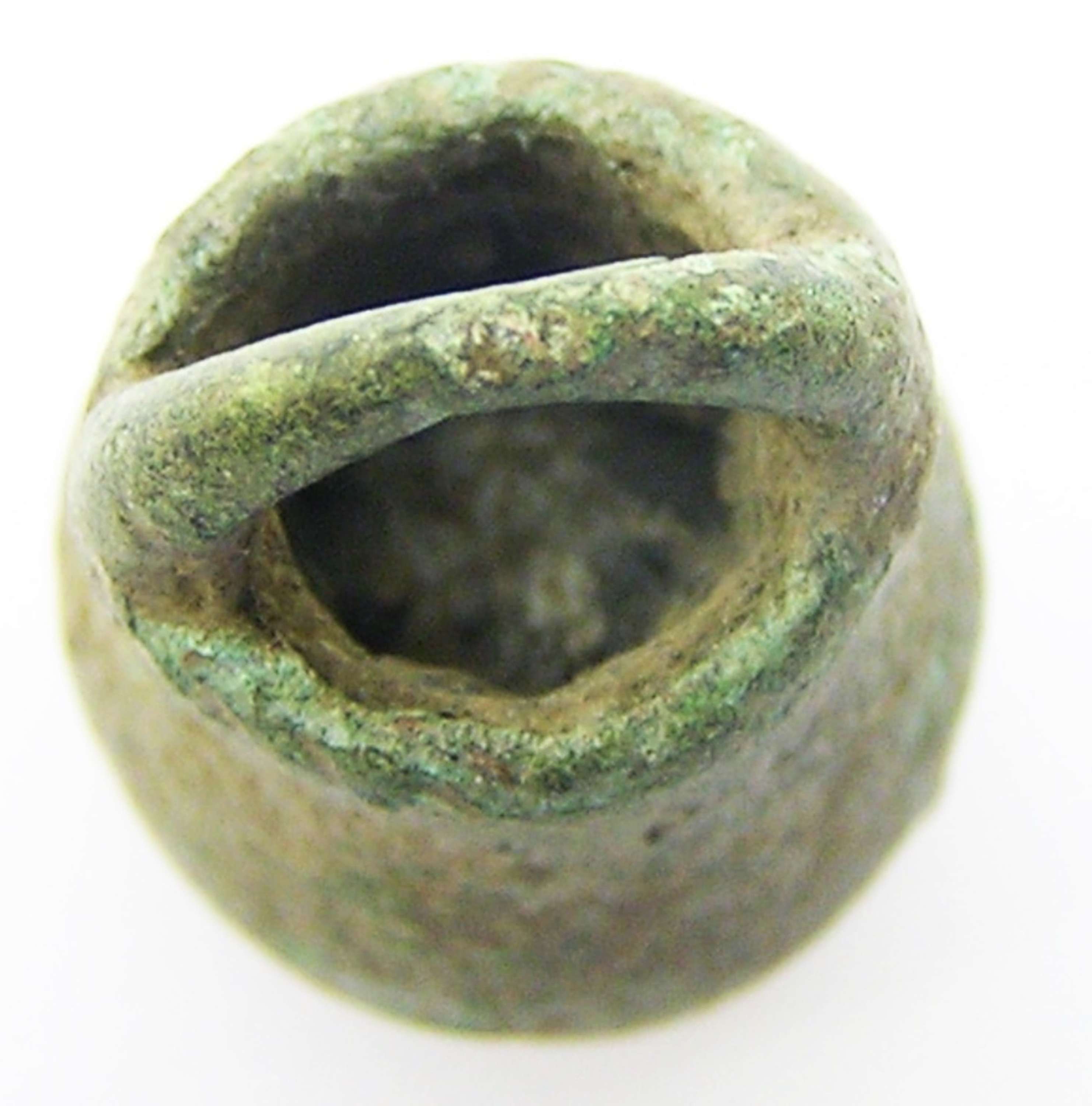