This is a rare medieval bronze armorial seal, dating to the 14th century. It would have once belonged to a nobleman or knight, bearing his arms. The seal is corroded and chipped but the arms remain intact and part of the legend. The arms appear to represent "a saltire between four martlets with the canton in the first quarter", the lack of any discernable tinctures only limits my identification,  What remains of the legend in Lombardic capitals reads as: ....erlot De Muteli.... Similar armorial seals have been recorded from Cambridge (SF-43A30C) and Northampton (IHS-0BB4C1). This fine and rare object is worthy of further research. 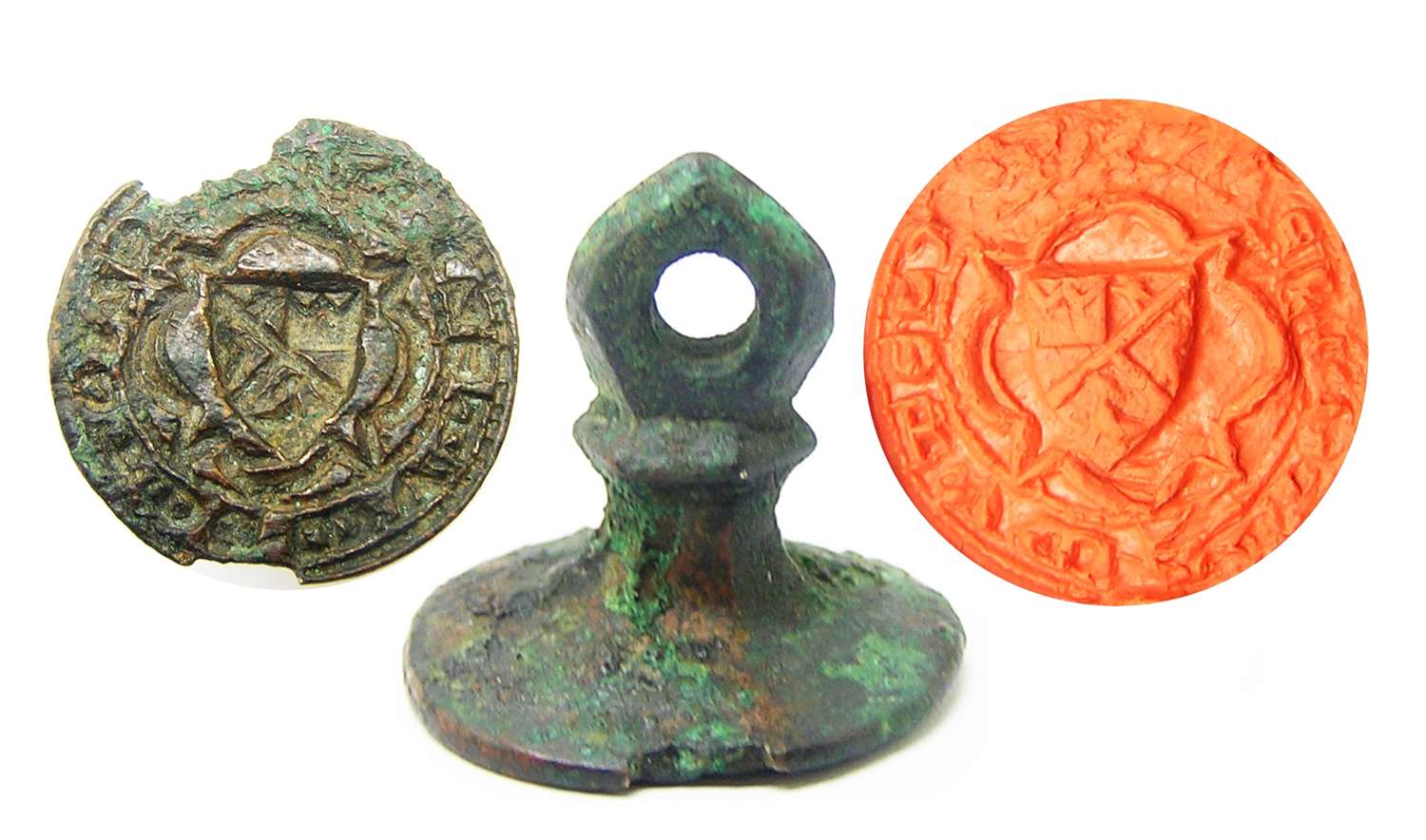 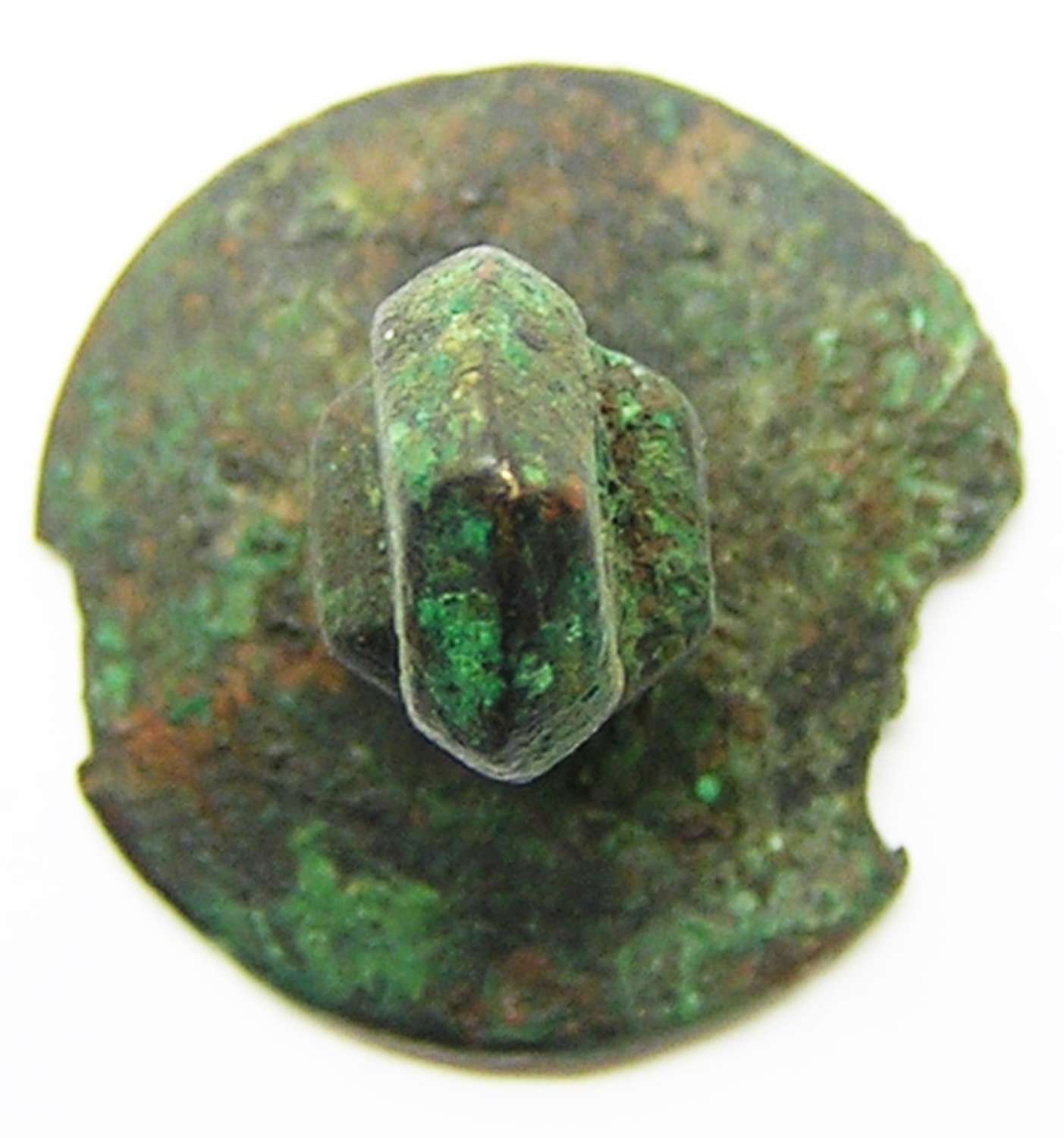 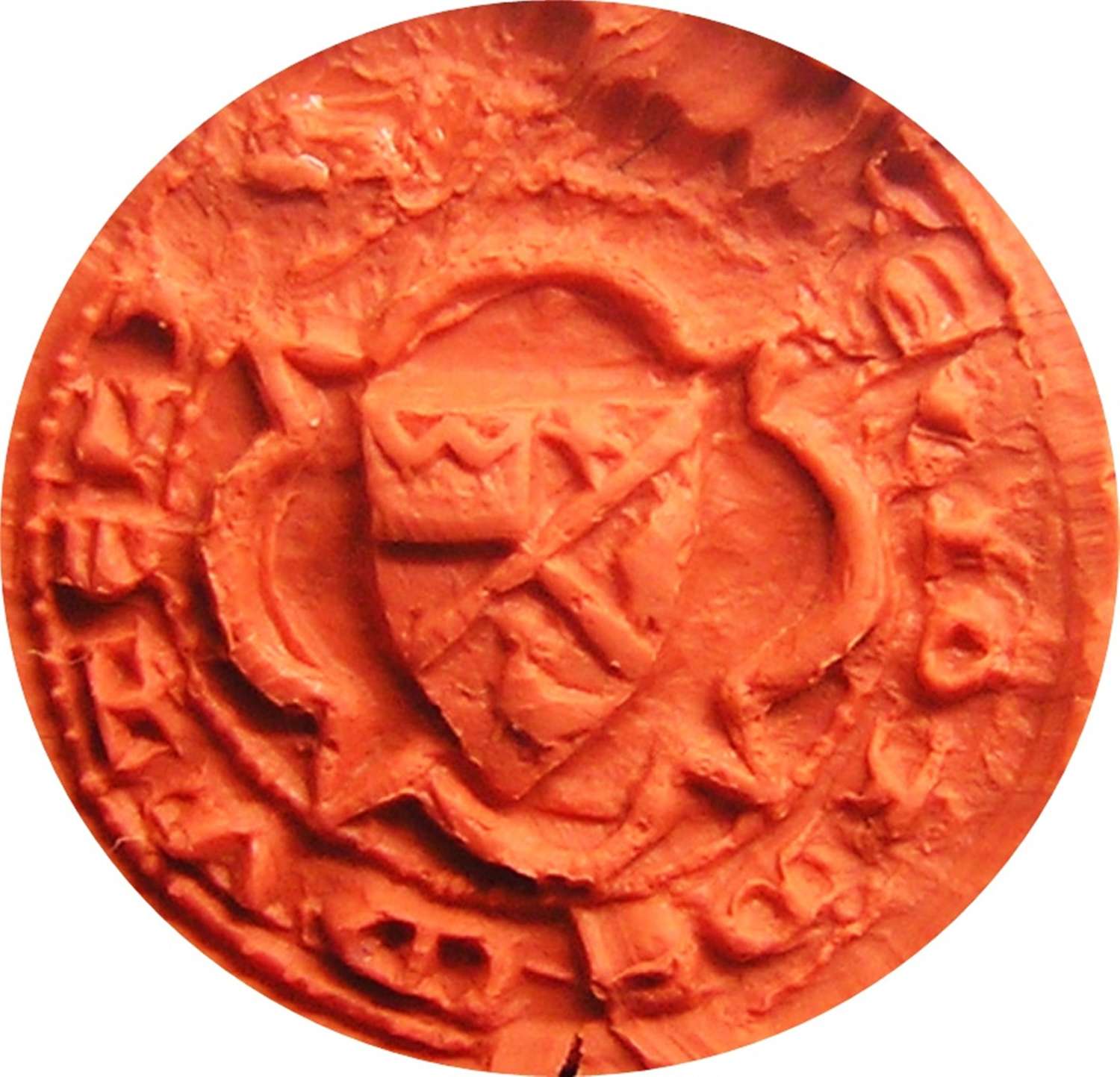 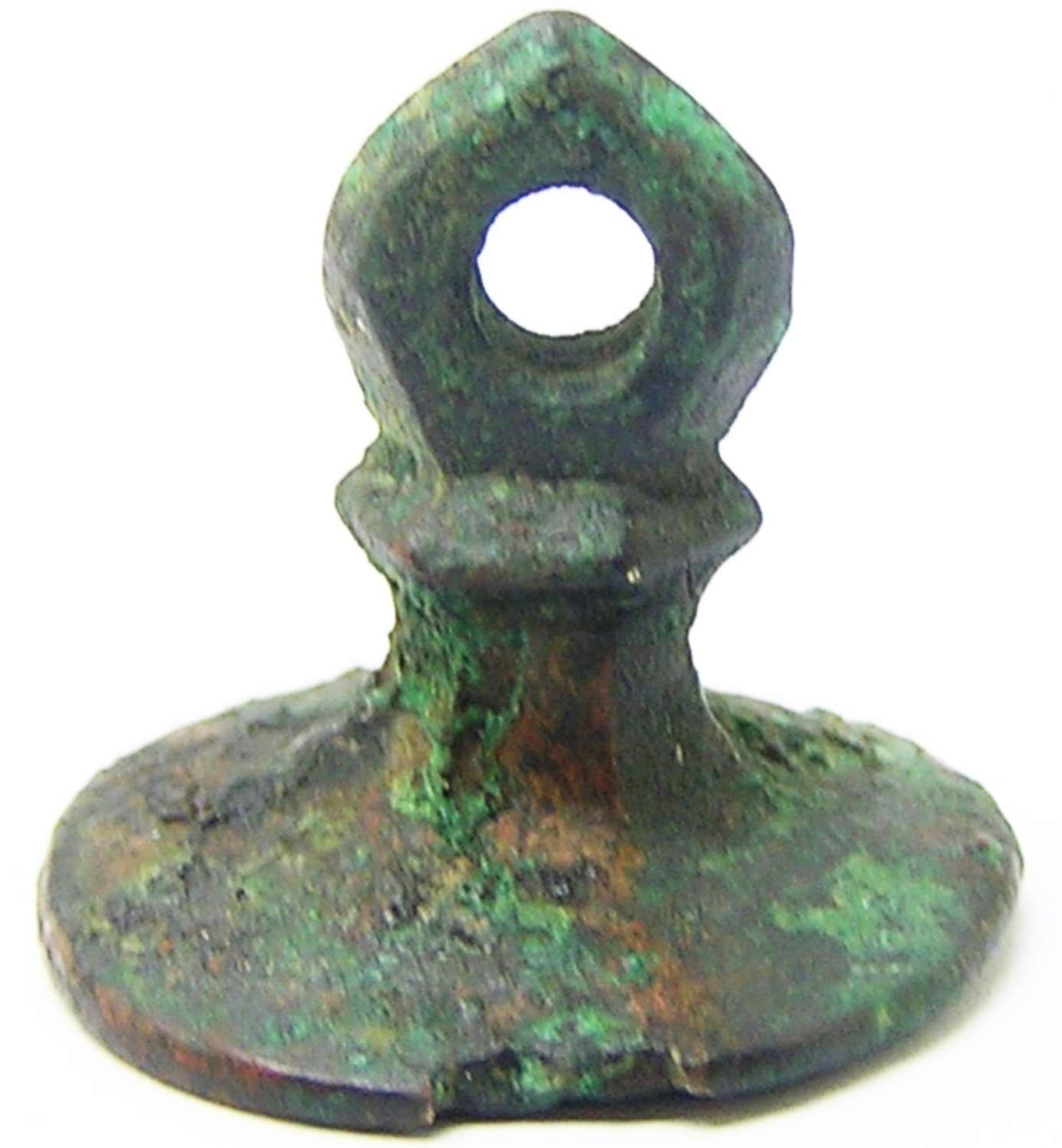 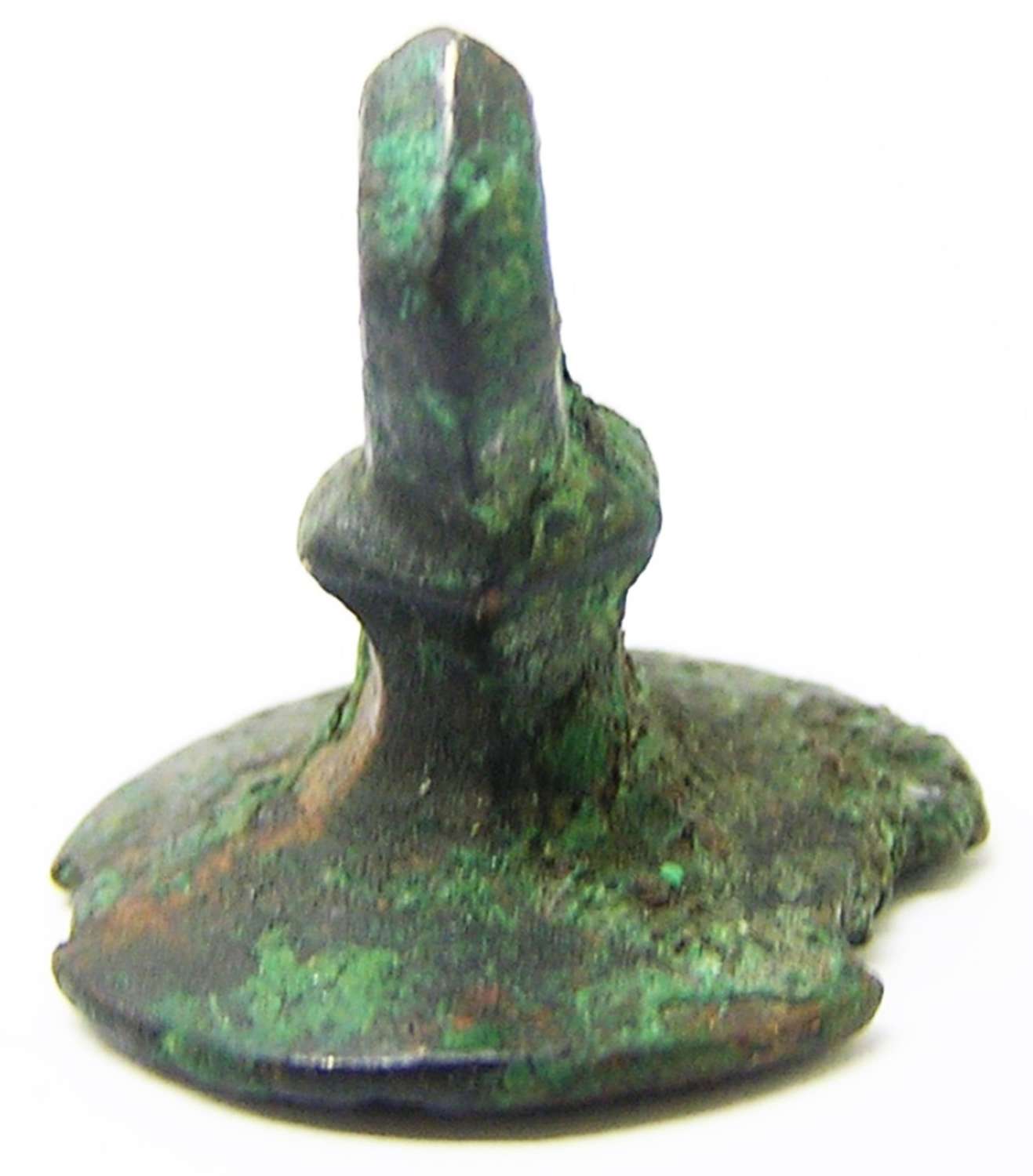 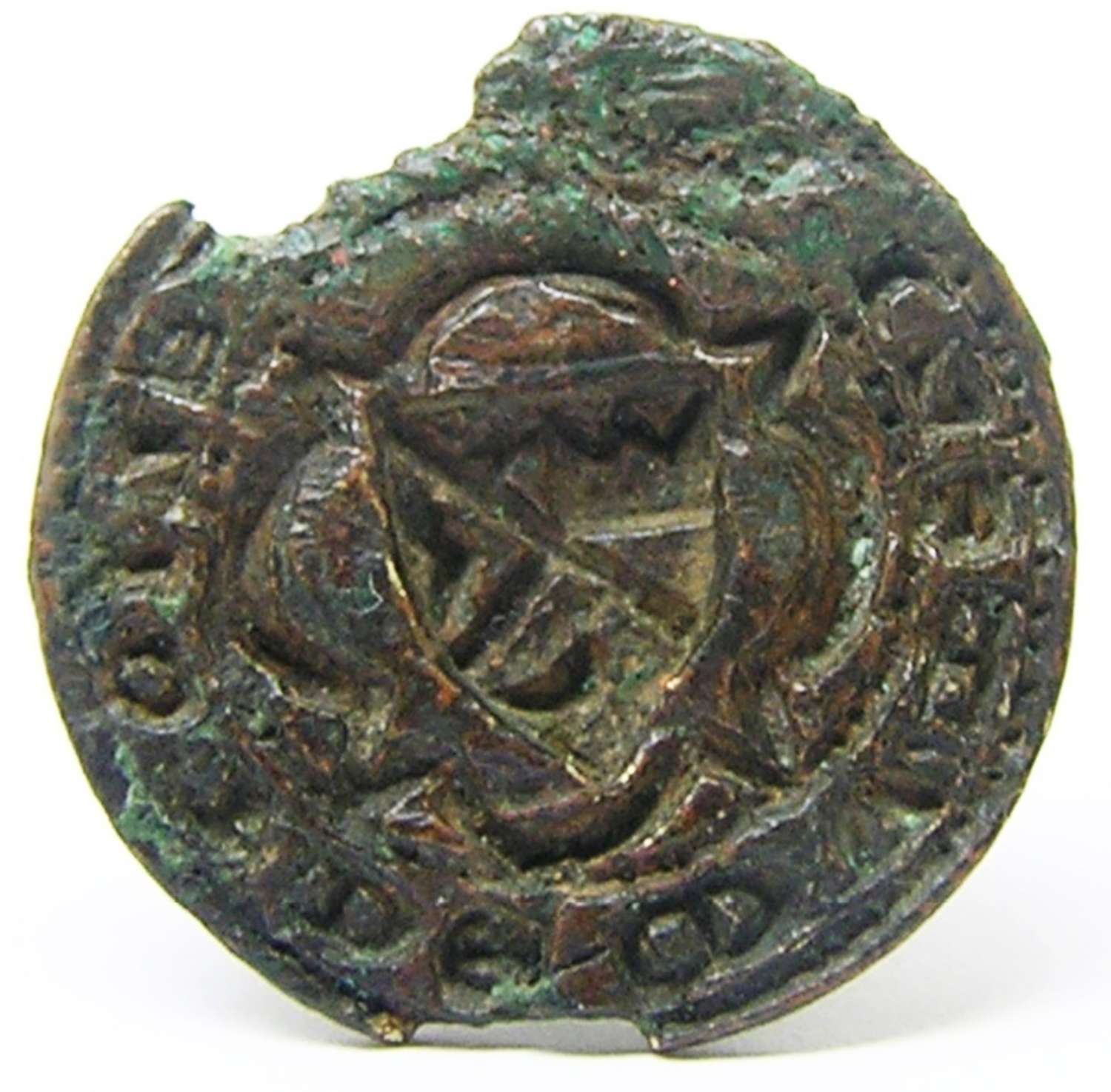 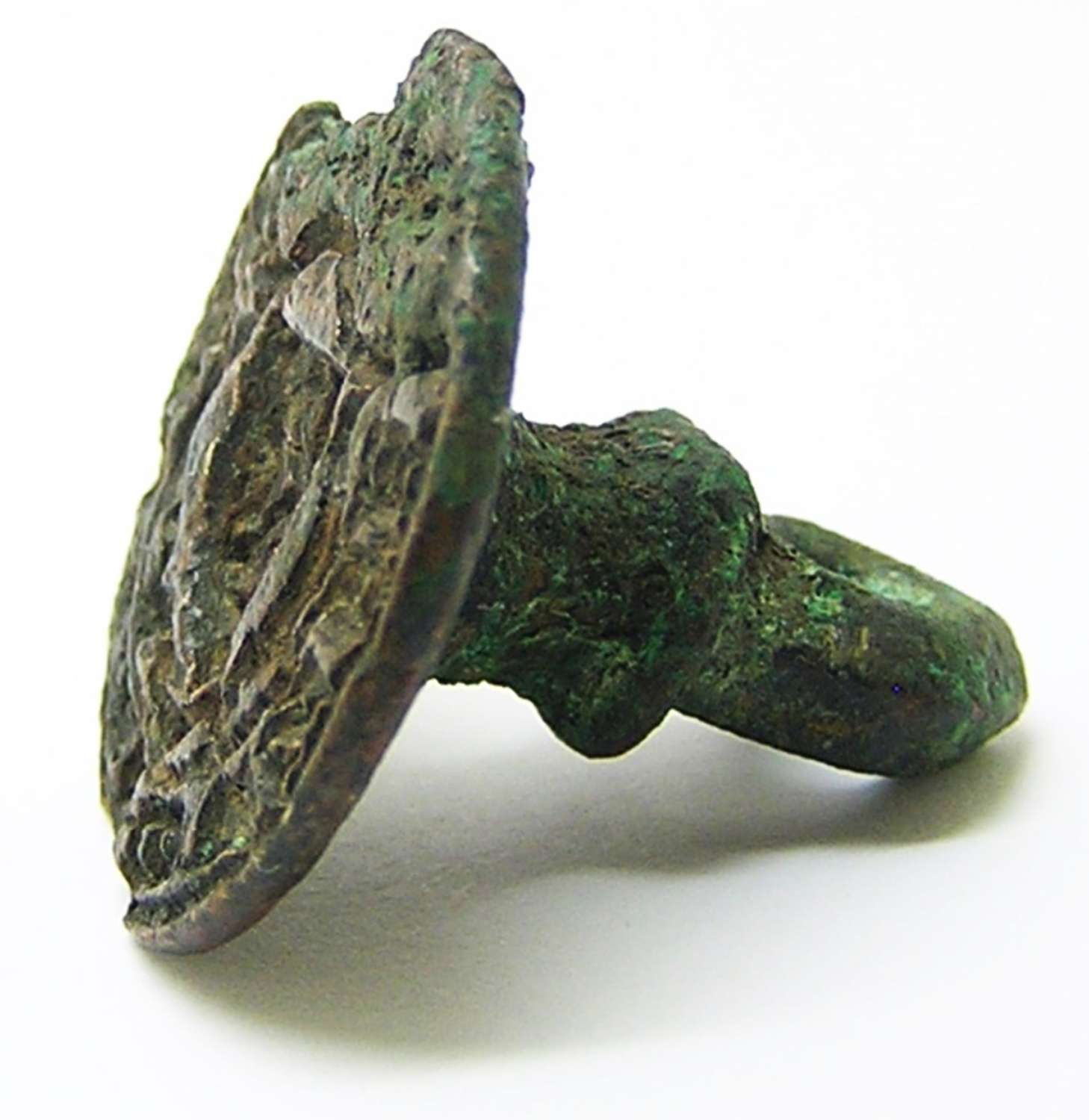 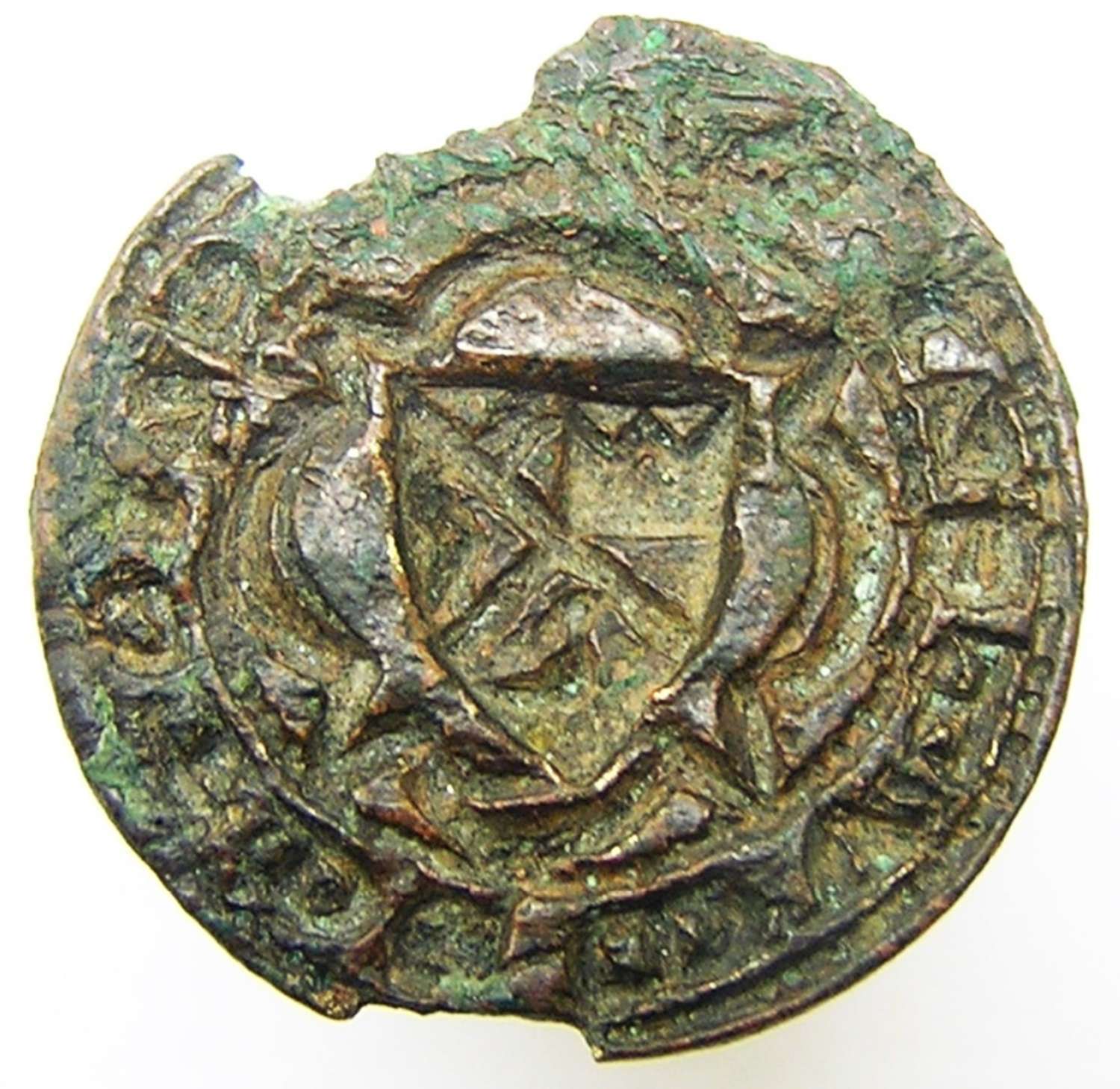