This is a rare ancient Roman silver Argenteus of emperor Valens, dating to 367 - 375 A.D.

This coin was minted at Rome in the 2nd Officina, mintmark R(oma) B(eta). It had traveled across the English Channel, being discovered by a metal detectorist in Wiltshire.

Although RIC and RSC use the term "argenteus" for this denomination, it is sometimes referred to as a “heavy siliqua” or a “pre-reform saliqua.” A scarce denomination, seldom offered. 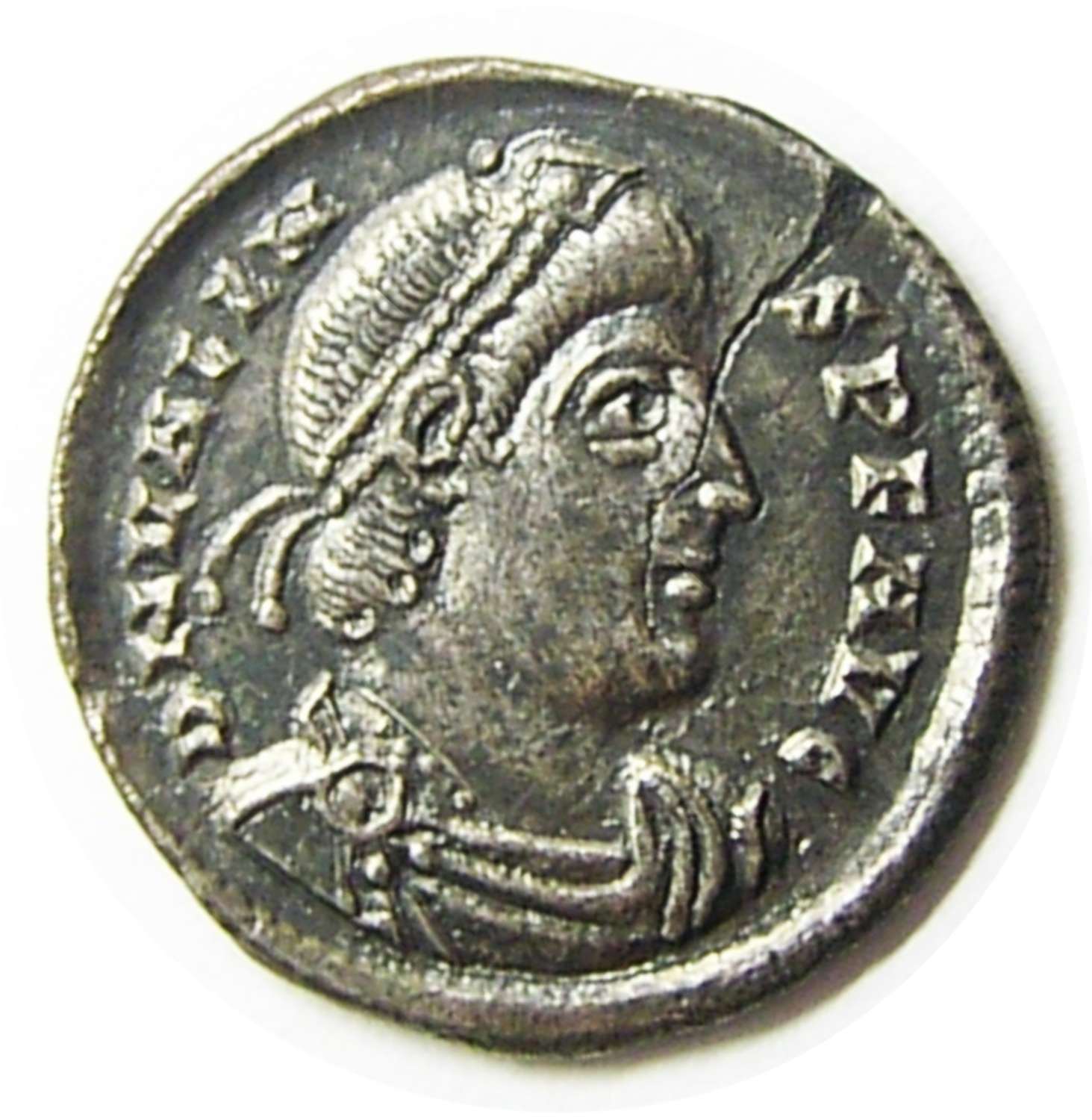 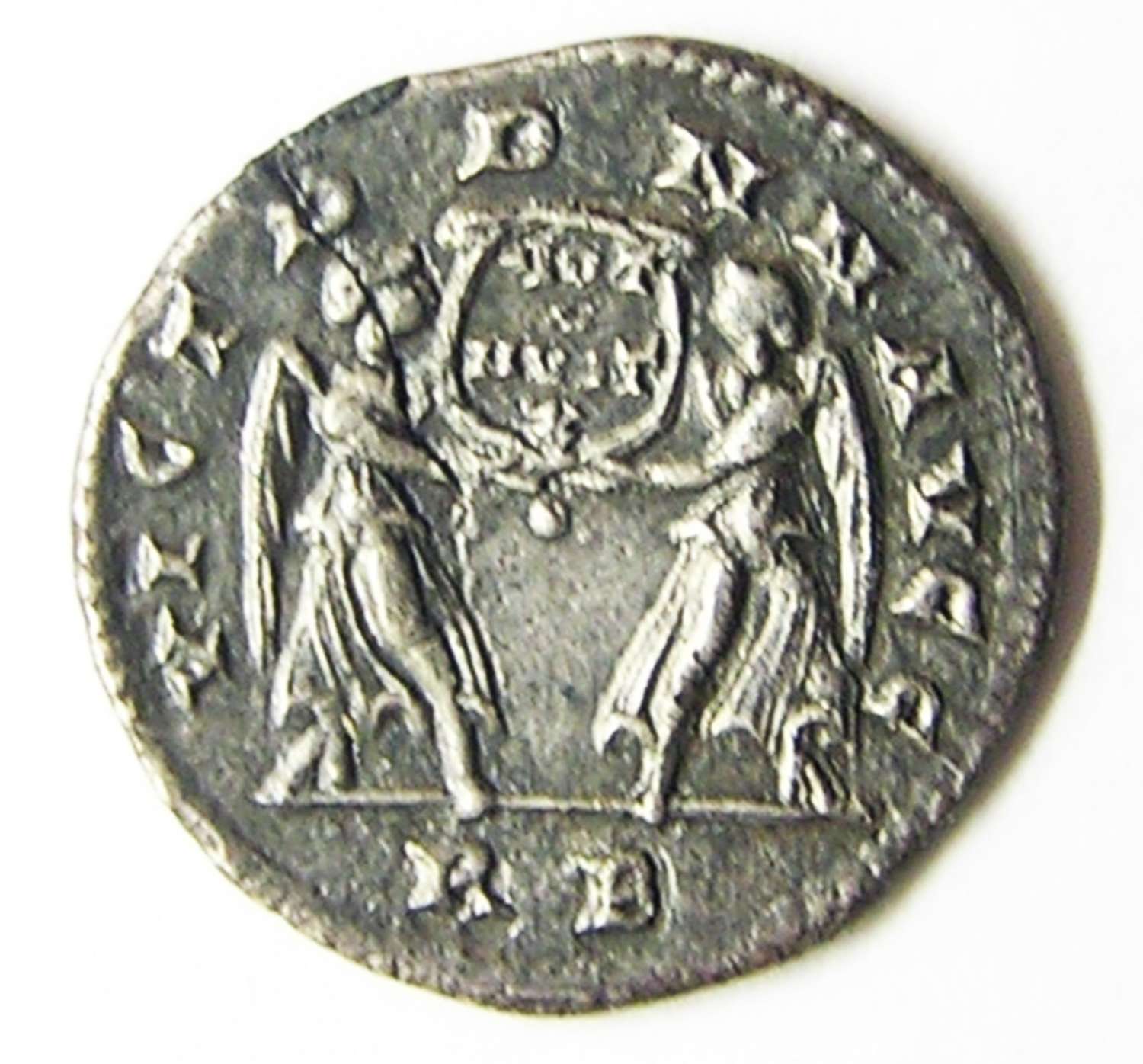