This coin was struck at the Antioch mint, in 367 A.D. mint mark ANTI  Γ [Gamma (3) for the 3rd Officina at Antioch] This coin has seen circulation and exhibits consistent wear and a few graffiti scratches. A good example that had been graded as 'a pleasing VF' by Baldwins. 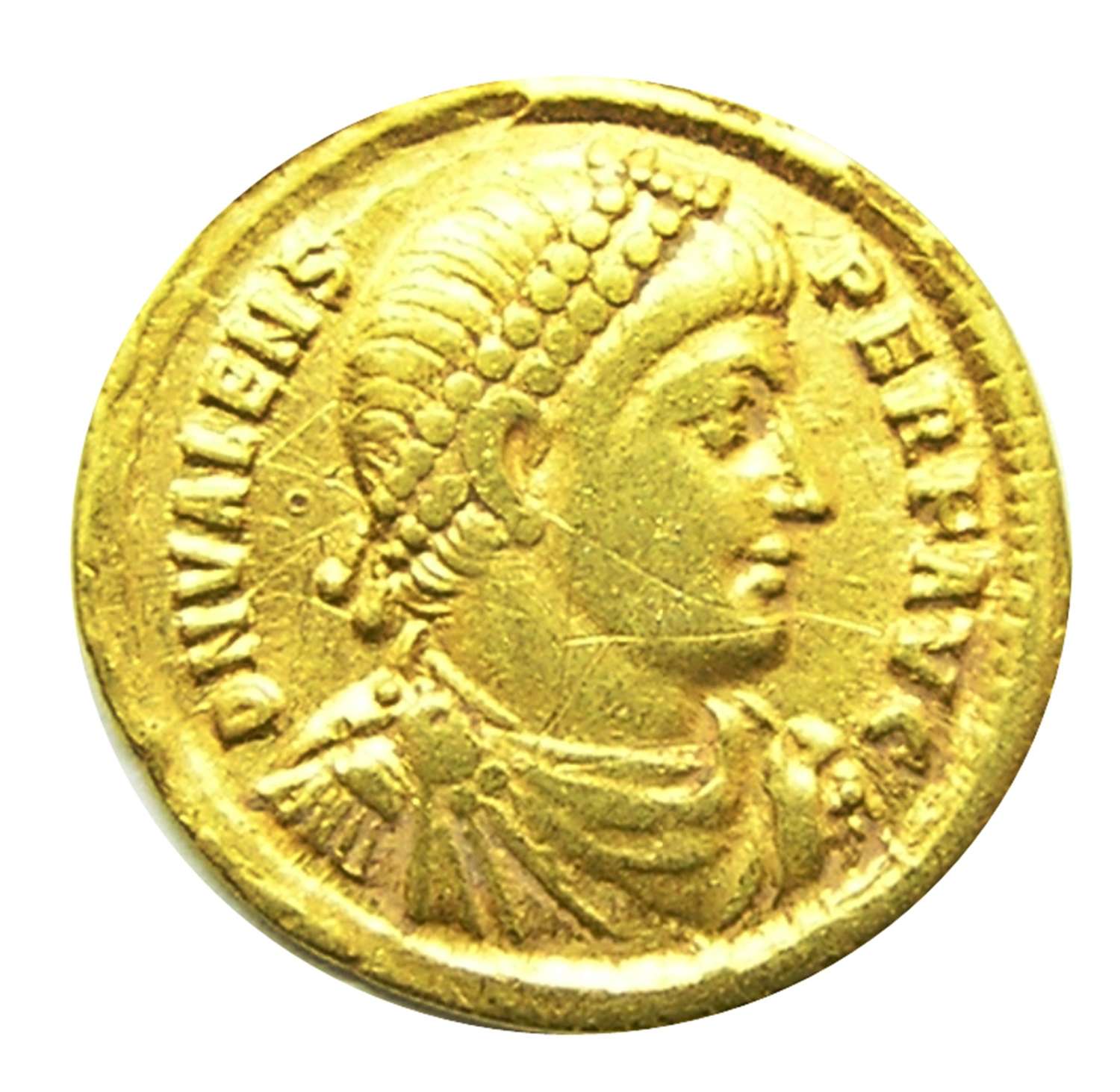 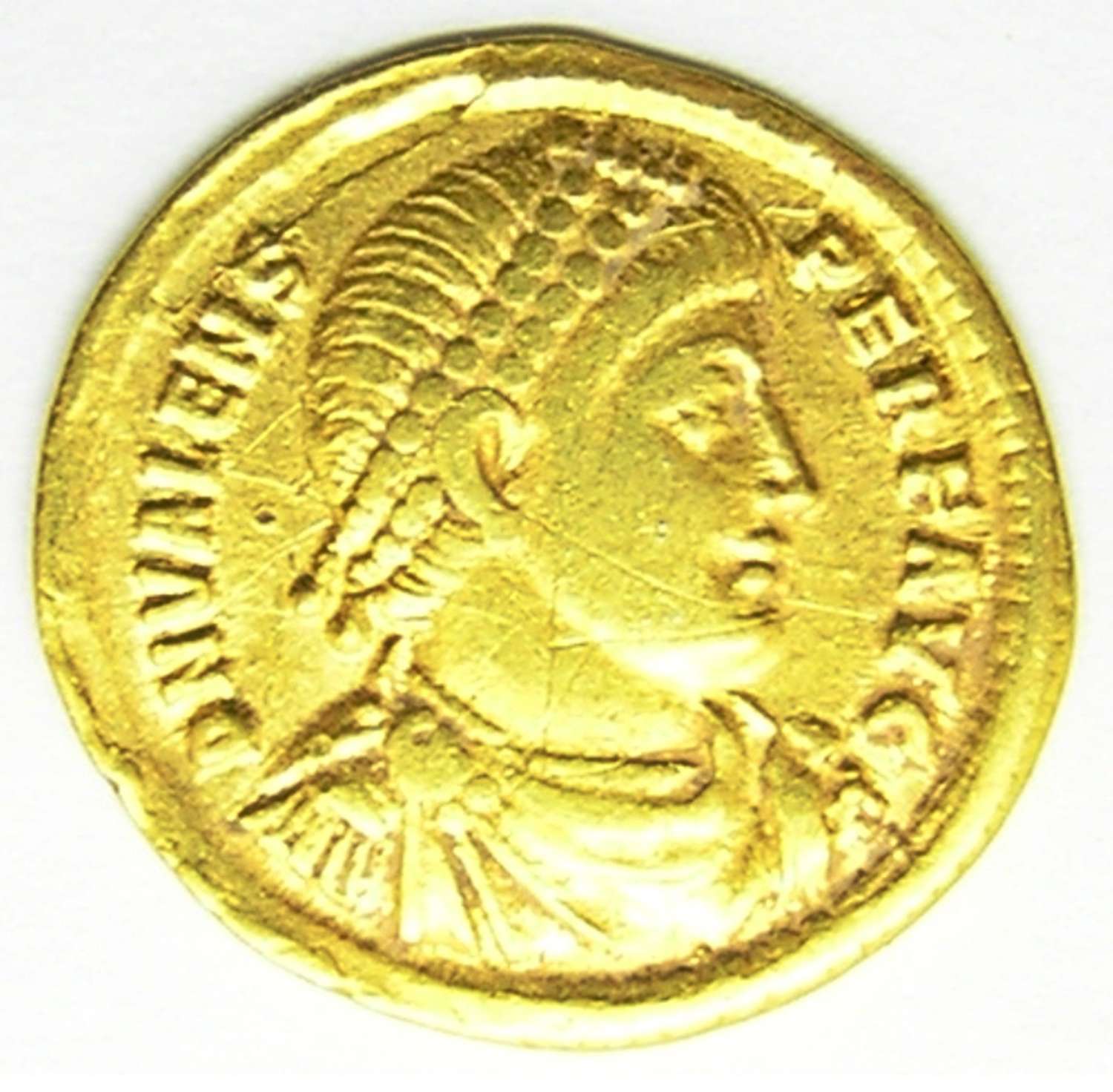 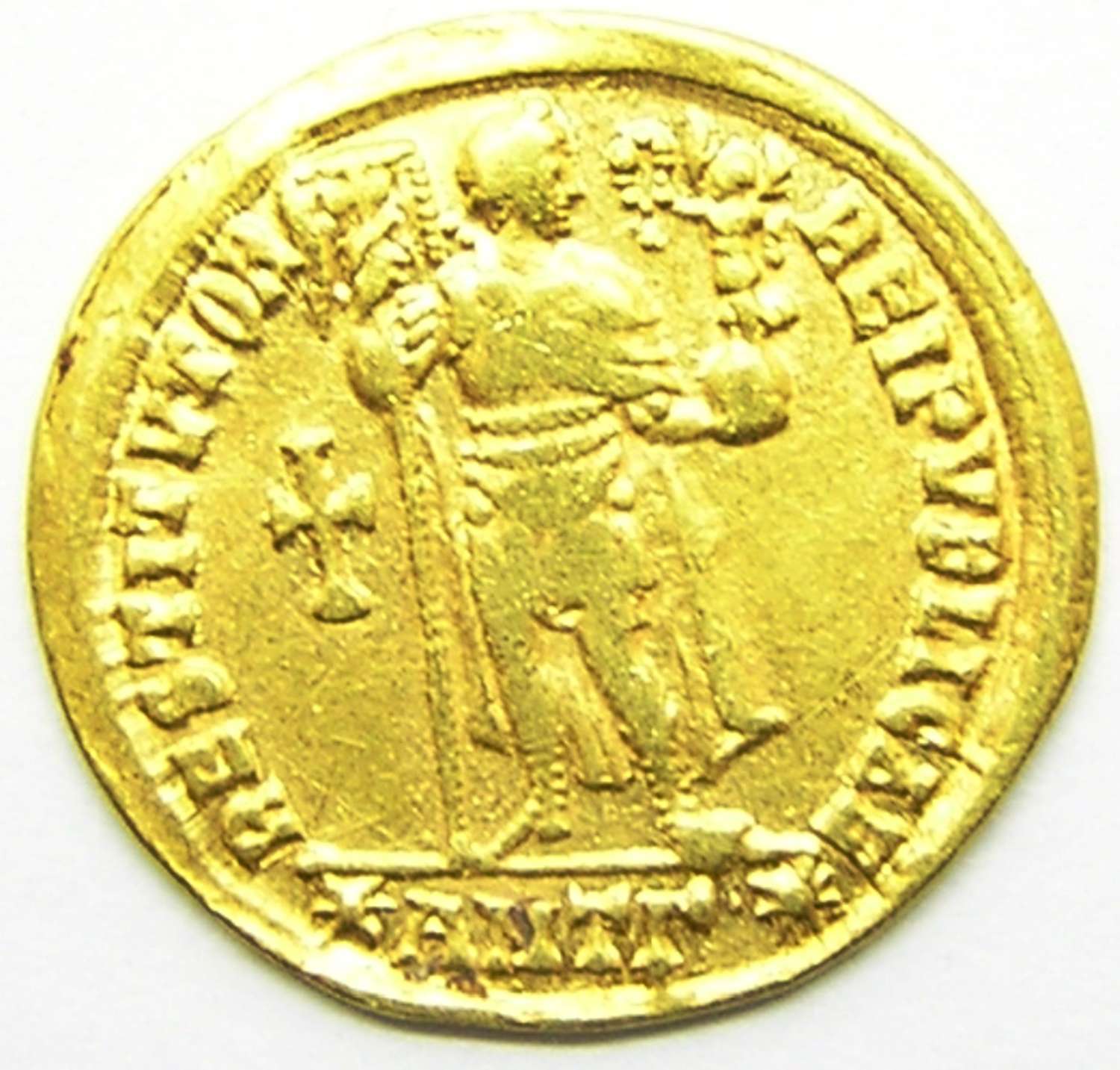 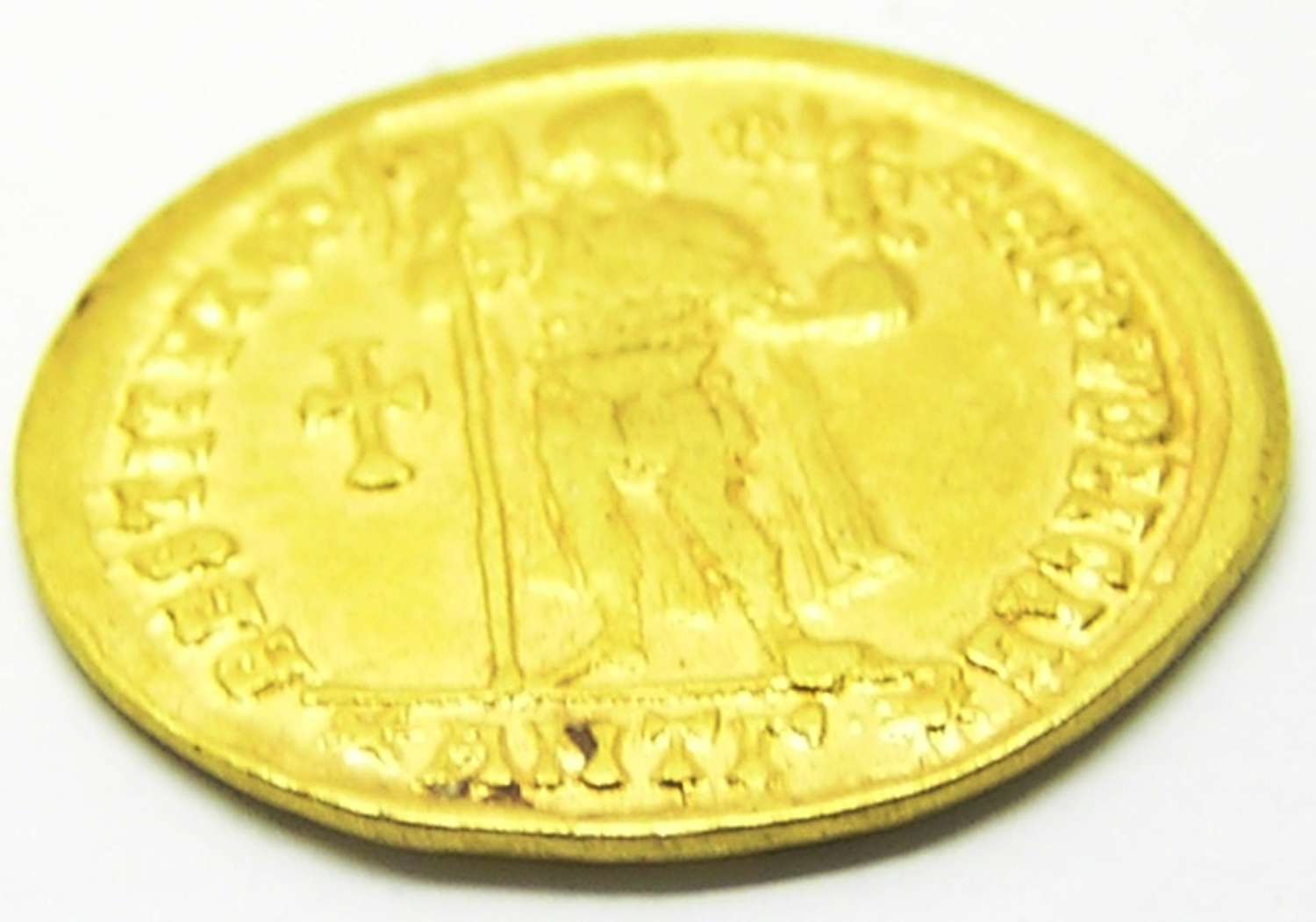