RESTITVTOR REIPVBLICAE, Valens standing facing, head right, holding labarum (chi-rho on banner) and Victory on globe, who is crowning him with a wreath, cross in left field.

This coin was struck at the Antioch mint, in 364 - 367 A.D. mintmark star ANTI star. This coin has seen circulation and exhibits consistent wear and light graffiti scratches. A good example that had been graded as 'VF' by Baldwins. 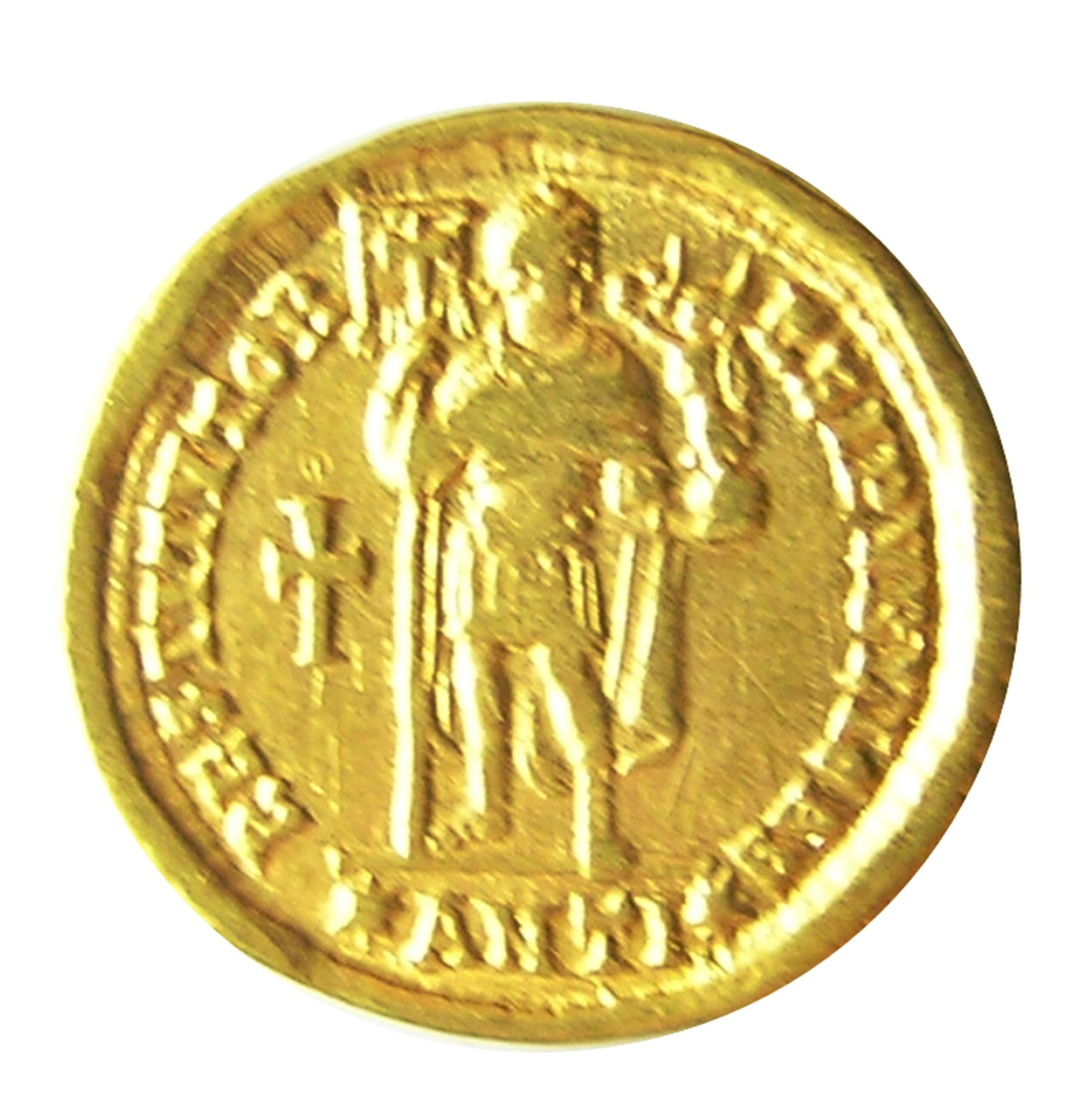 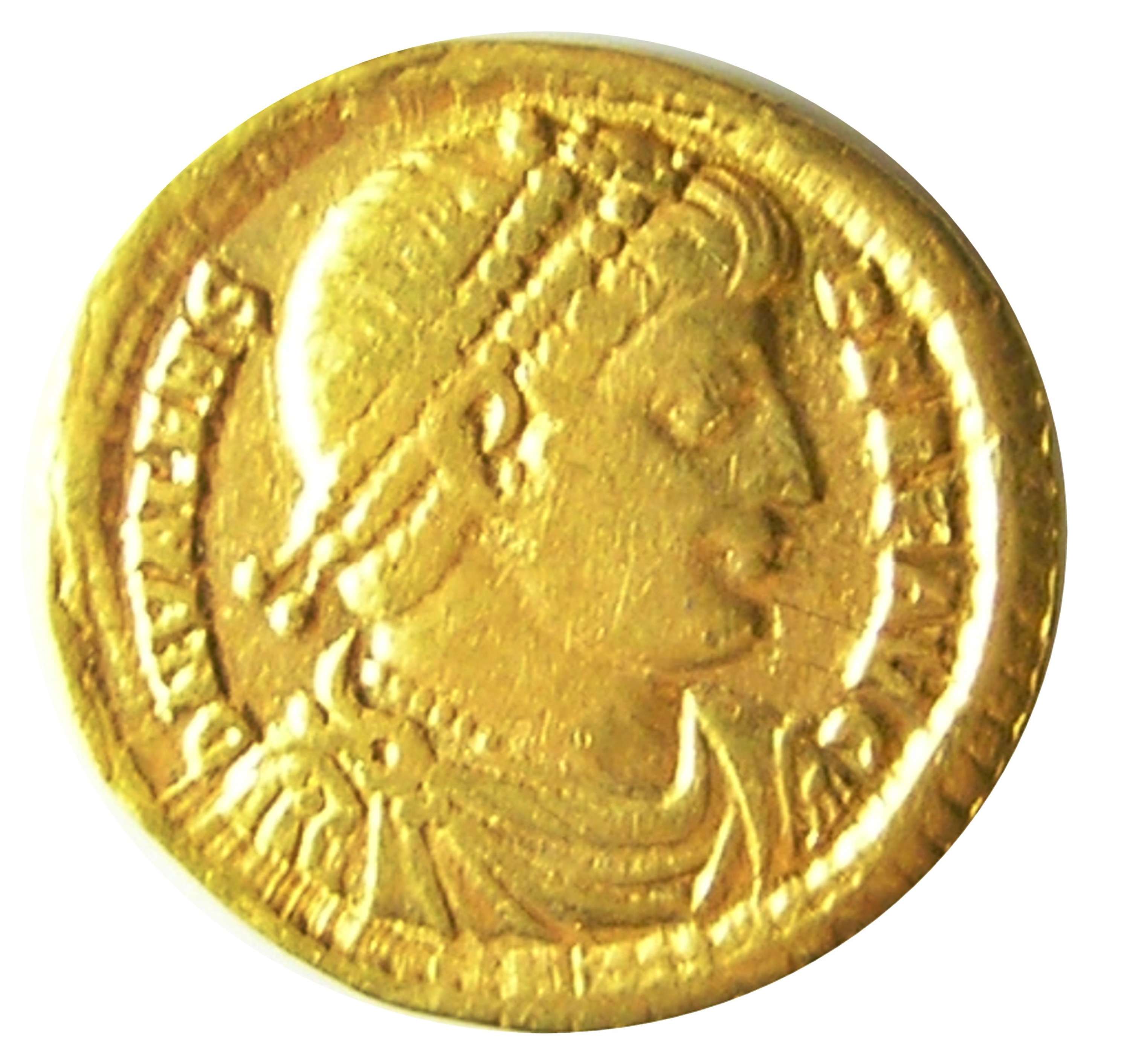 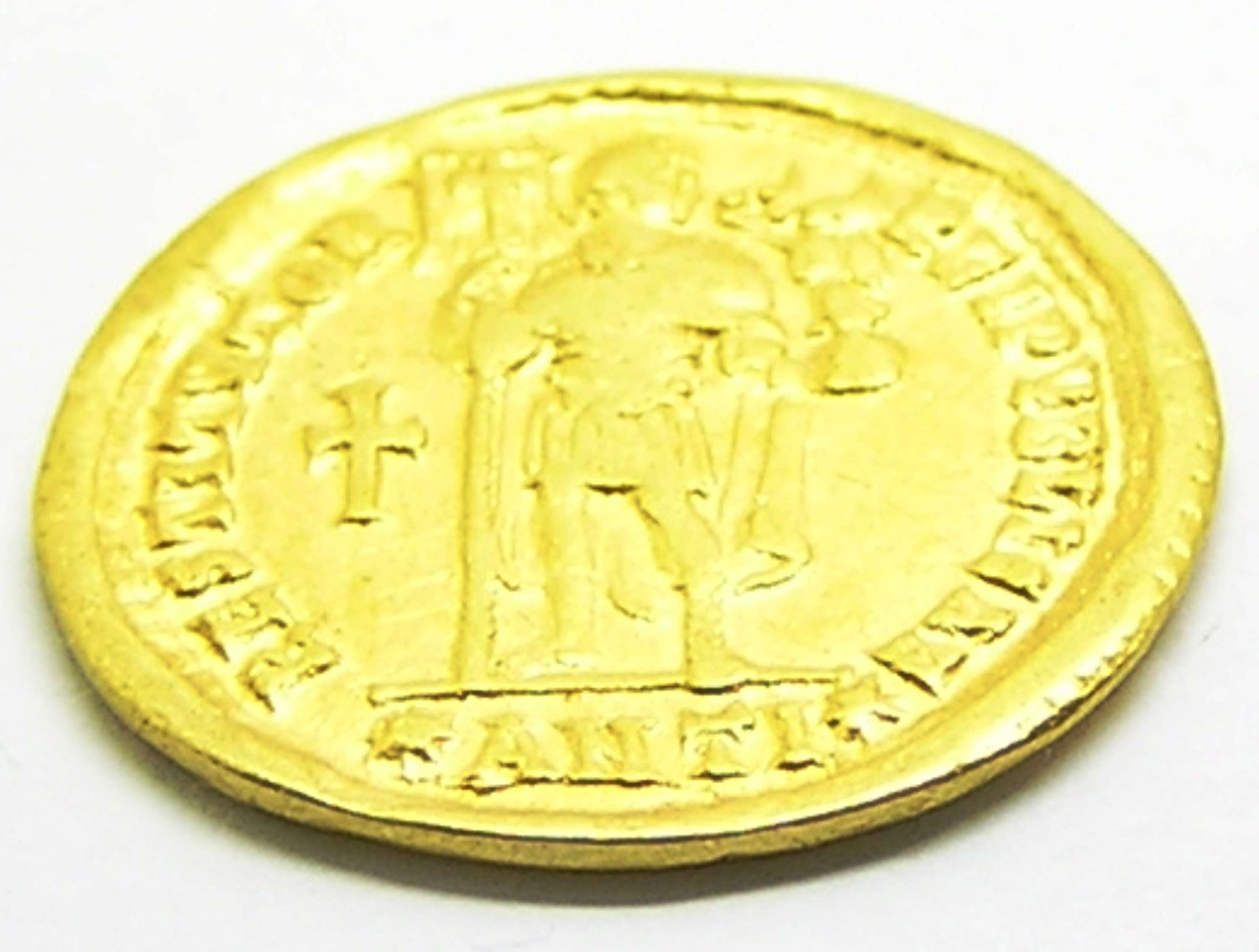