This is an Anglo-Scandinavian disc brooch, dating to the 10th - 11th century A.D. The central Cloisonné panel has a dark blue enamel background, with an inset cross formed from a white and red enamel. Traces of the pin-lug and attachment point for the catch-plate are in place on the reverse. Similar brooches can be seen in Buckton 'Late 10th- and 11th-century cloisonne enamel brooches' in Medieval Archaeology (1986) Volume 30. Robert Webley notes that brooches of this type are called Saunderton type, and it is the most common type found in Britain, though there is a lot of variety in the design and the number of lobes. Reference: West. S. A Corpus of Anglo-Saxon Finds From Suffolk, East Anglian Archaeology 84, Ipswich, 1998 p.121 fig.48. Further examples have been recorded from Northmoor (BERK-B43E92), Thanet (KENT-E9C398). 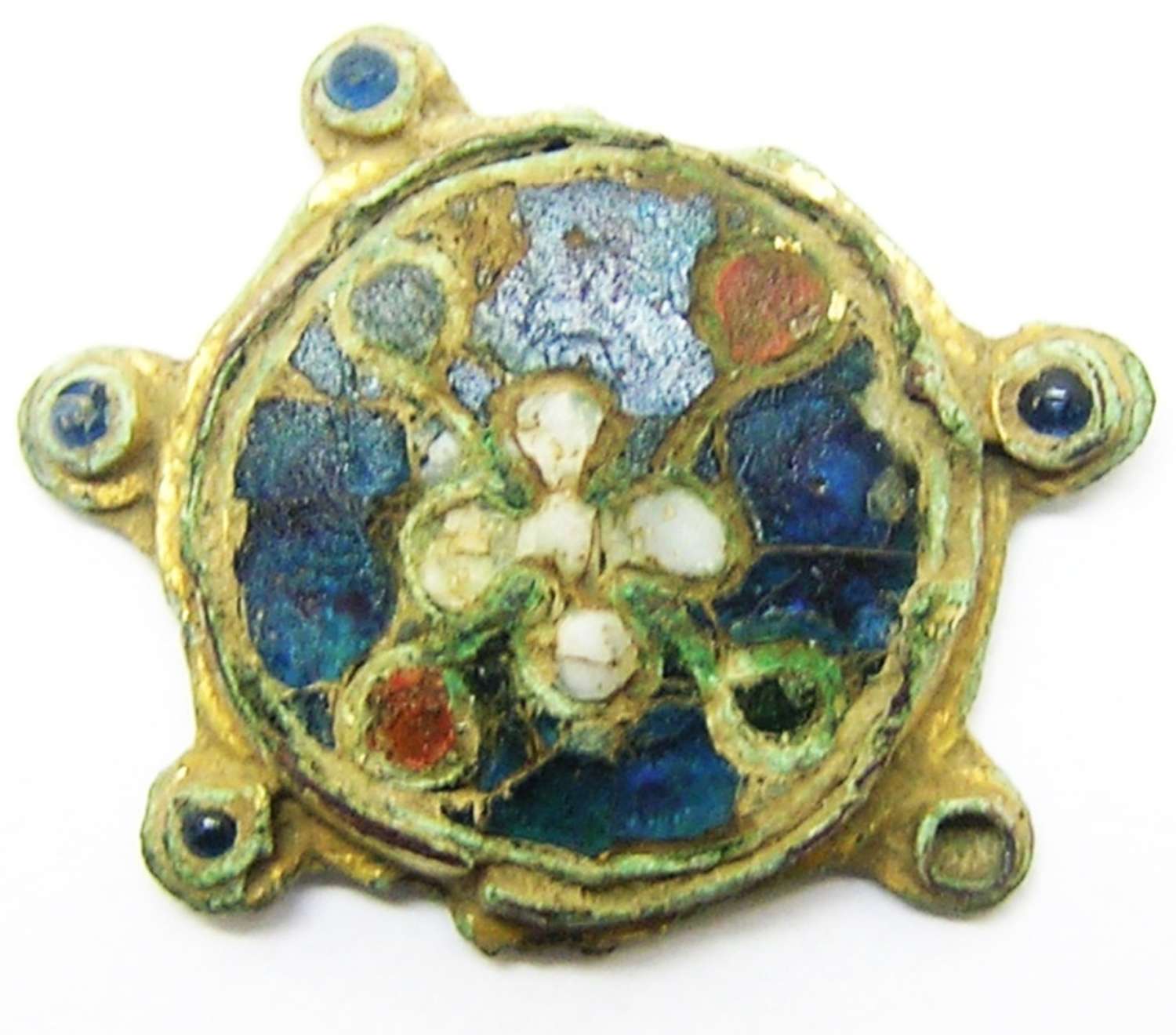 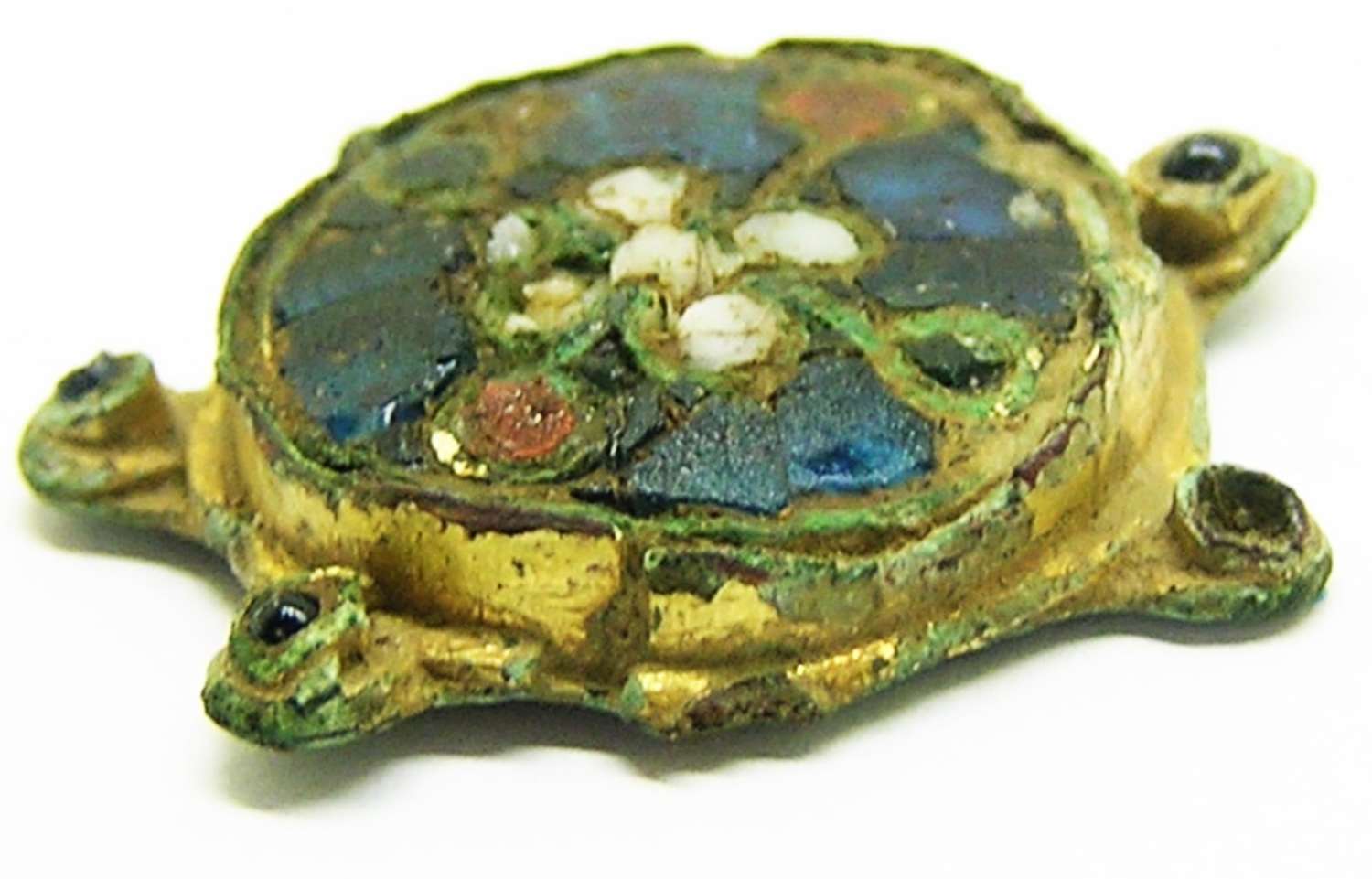 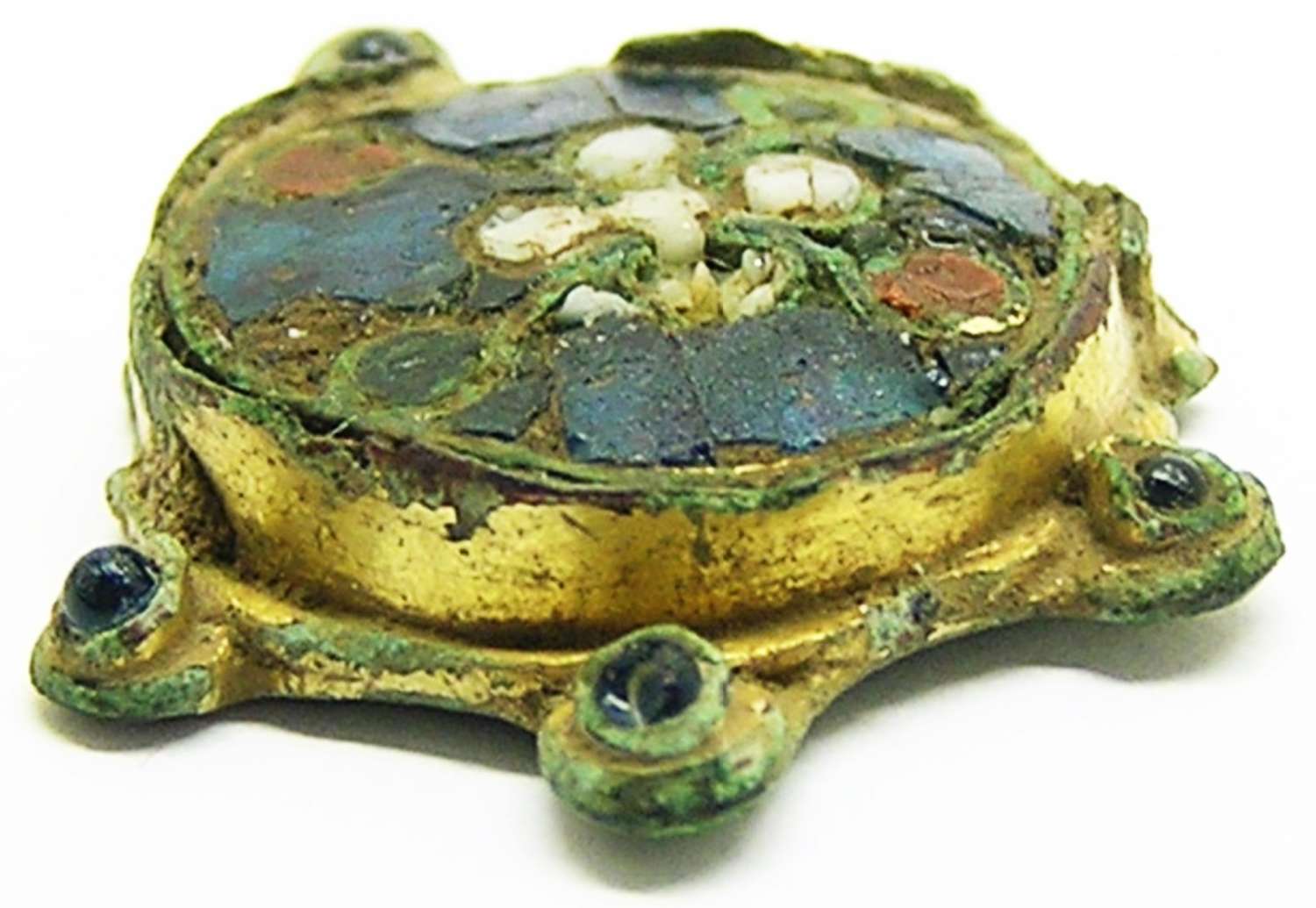 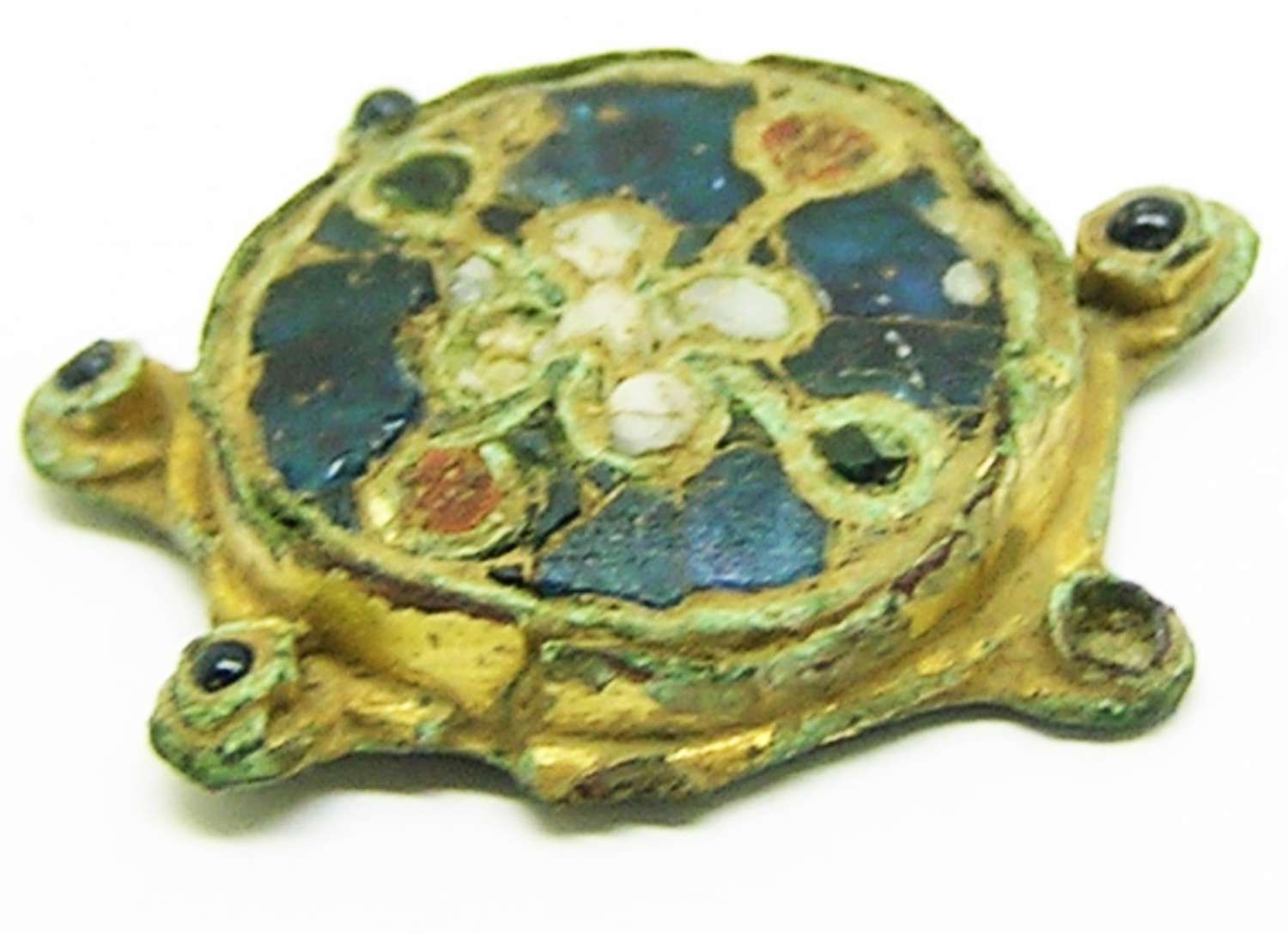 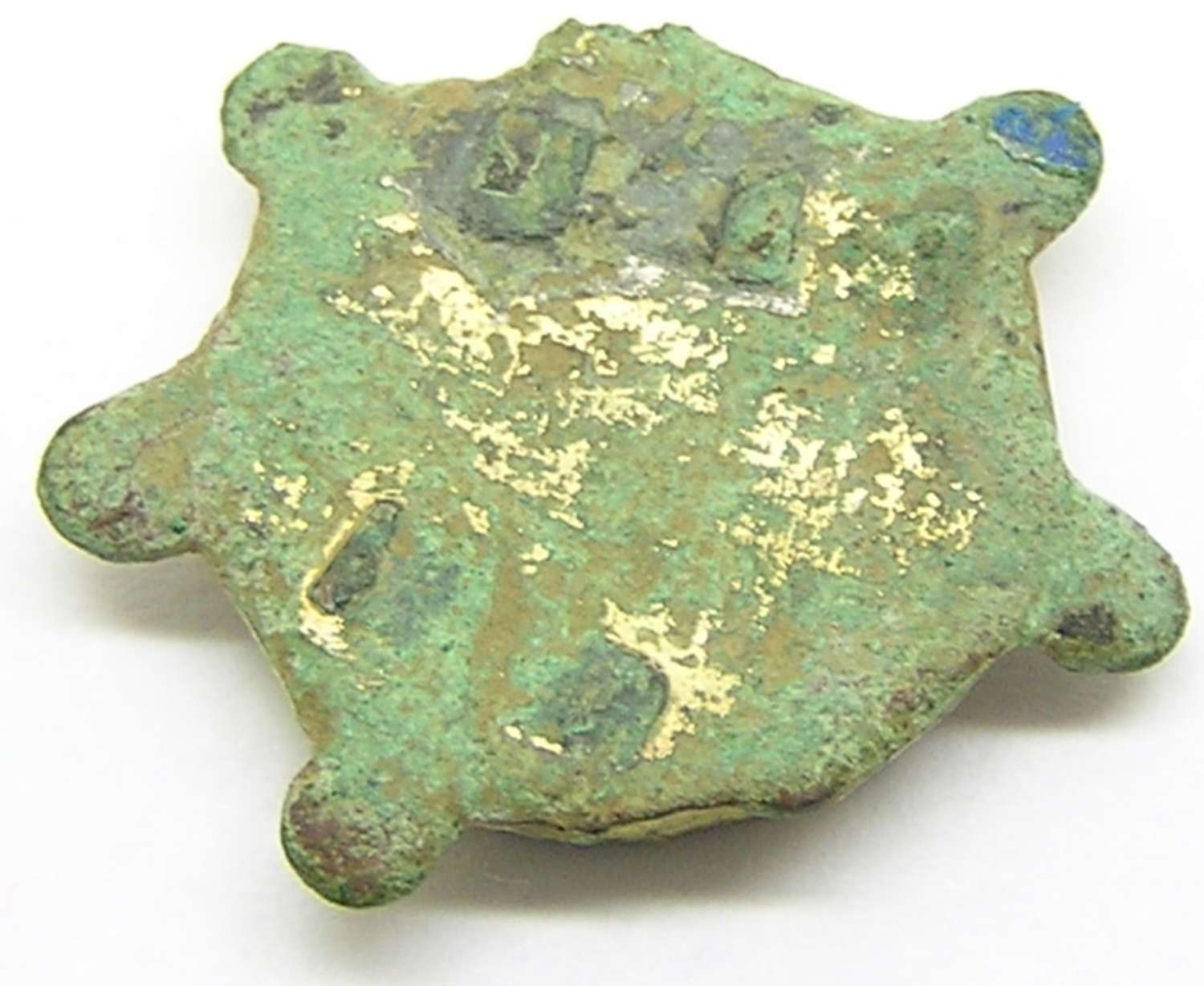