Medieval Ecclesiastic Vesica Seal of Albert Prior of Garßen

This is an excavated medieval bronze ecclesiastic seal, dating to the 13th - 14thcentury. This example is deeply cut with a standing figure holding a book, the inscription is cut in a Lombardic script and reads as

"S'Alberti pri//////////////////D.ecce.garssen" ("the seal of Albert the Prior of the Church Garssen (Garßen)) This village in Germany has a church of Saint Mark dating to the 14th century, so possibly the standing figure represents Saint Mark holding his Gospel?  The seal will benefit from further research and cleaning. It is a genuine seal and not one of the common 19th-century copies. The lower section is broken or purposefully damaged on the death of the owner to prevent further unauthorized use, common for early seals. A rare object in as dug condition. 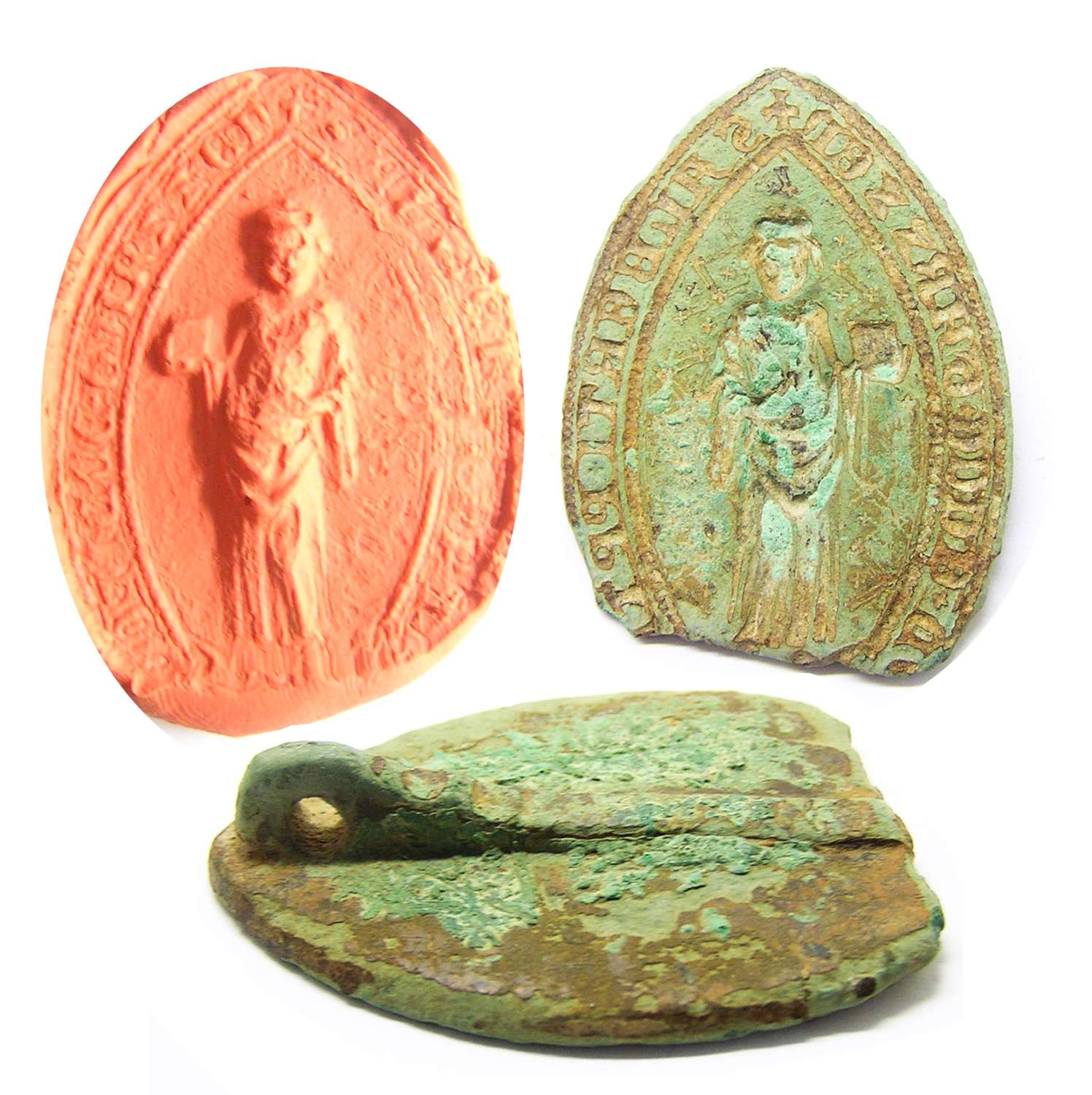 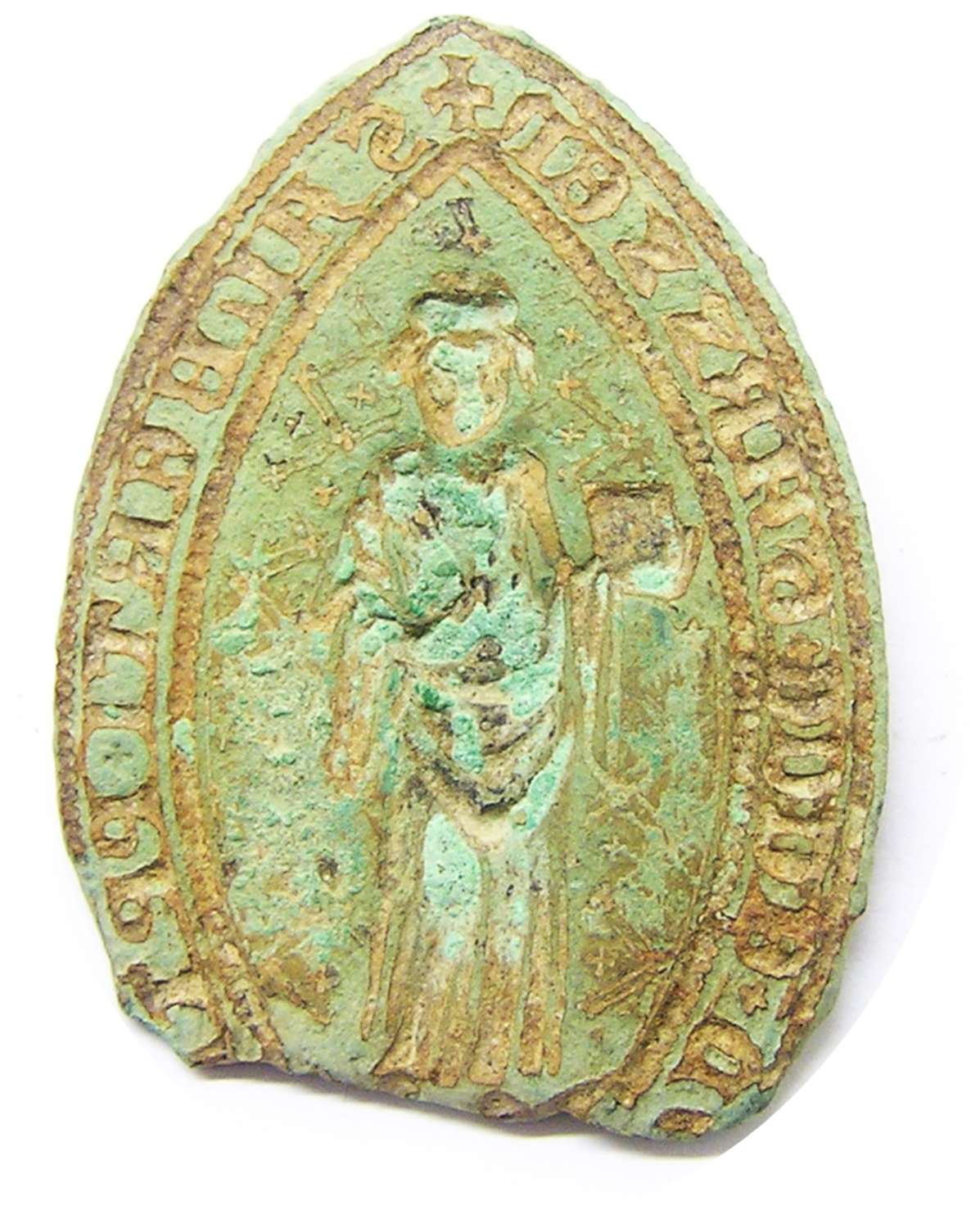 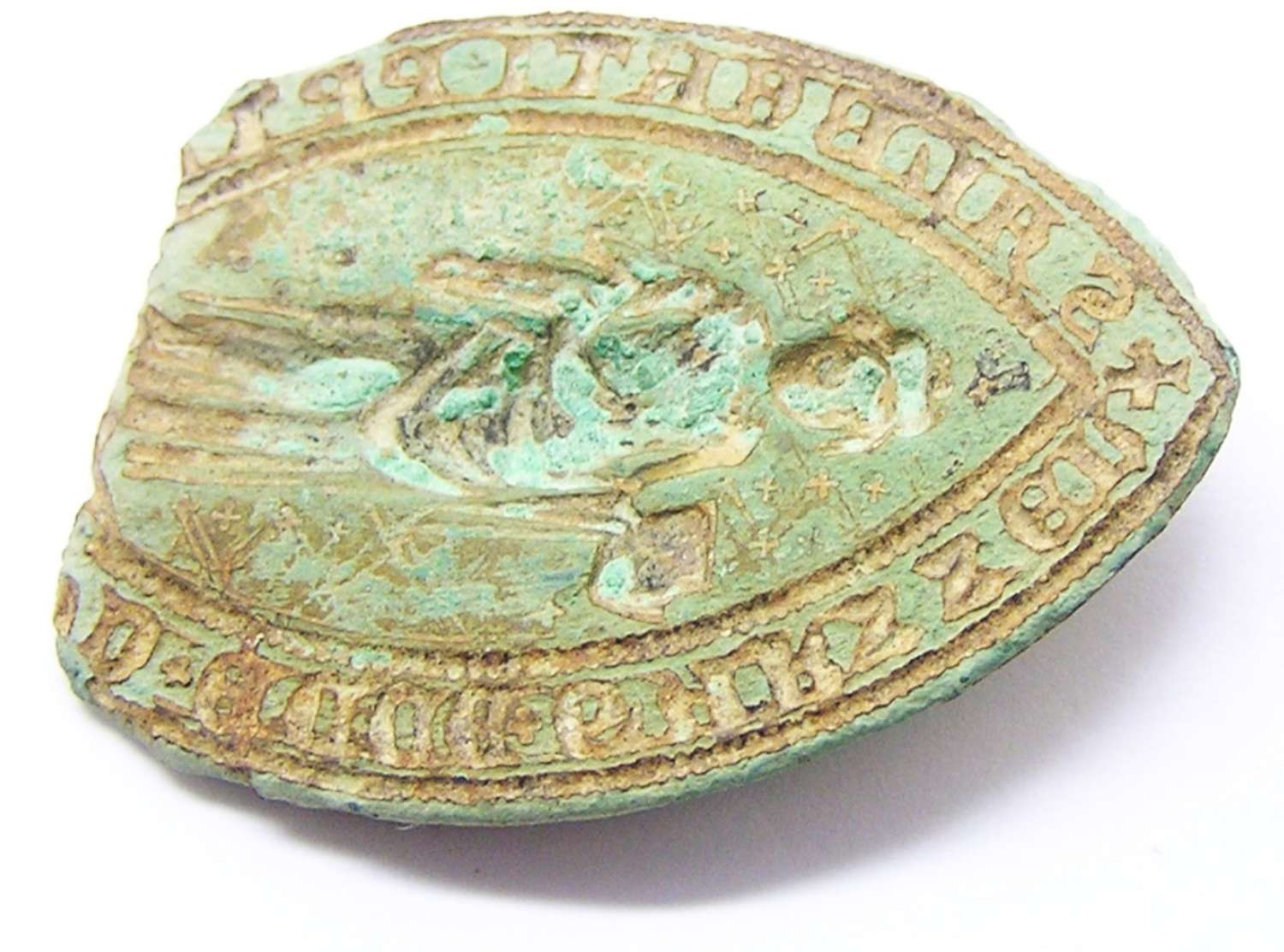 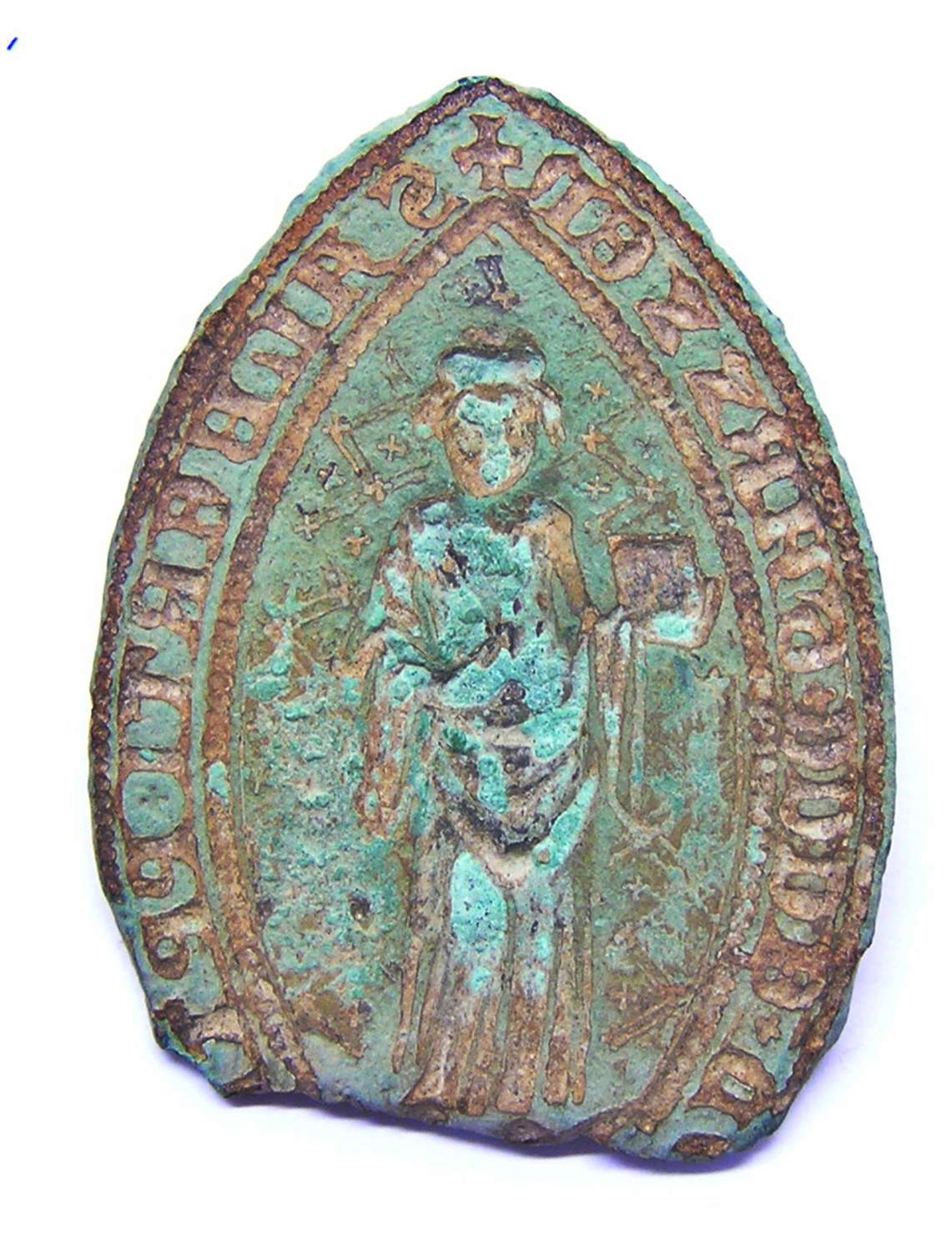 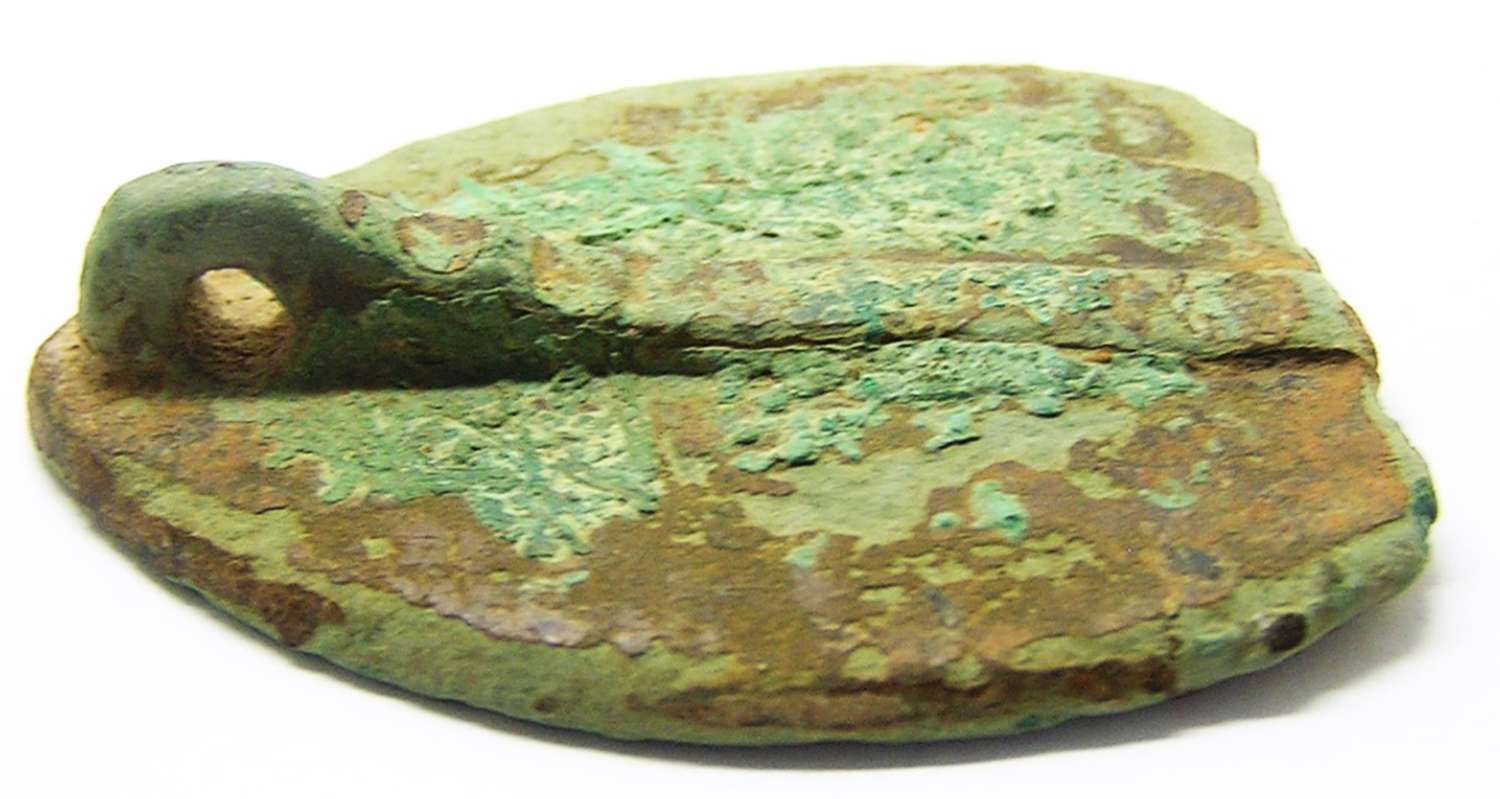 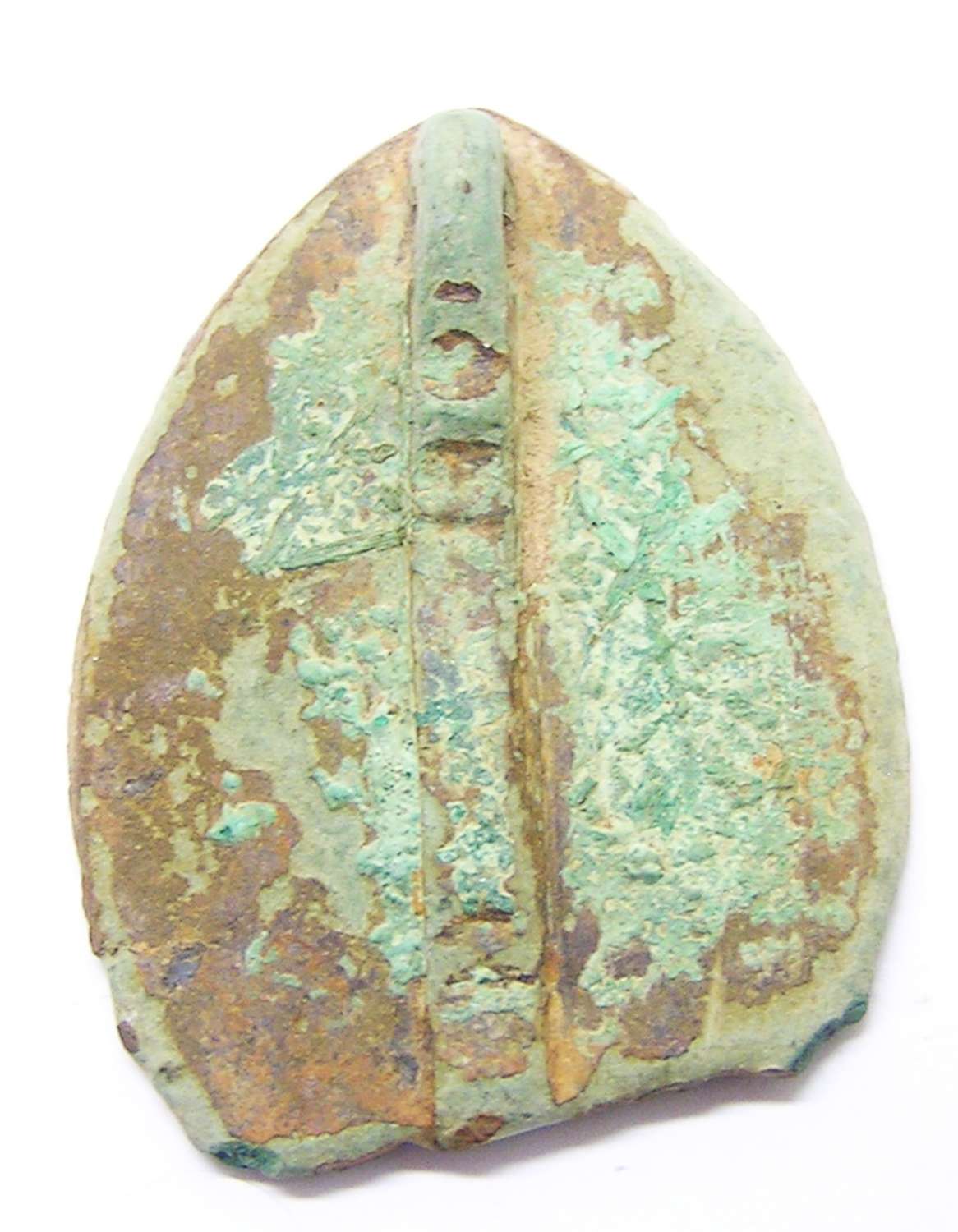 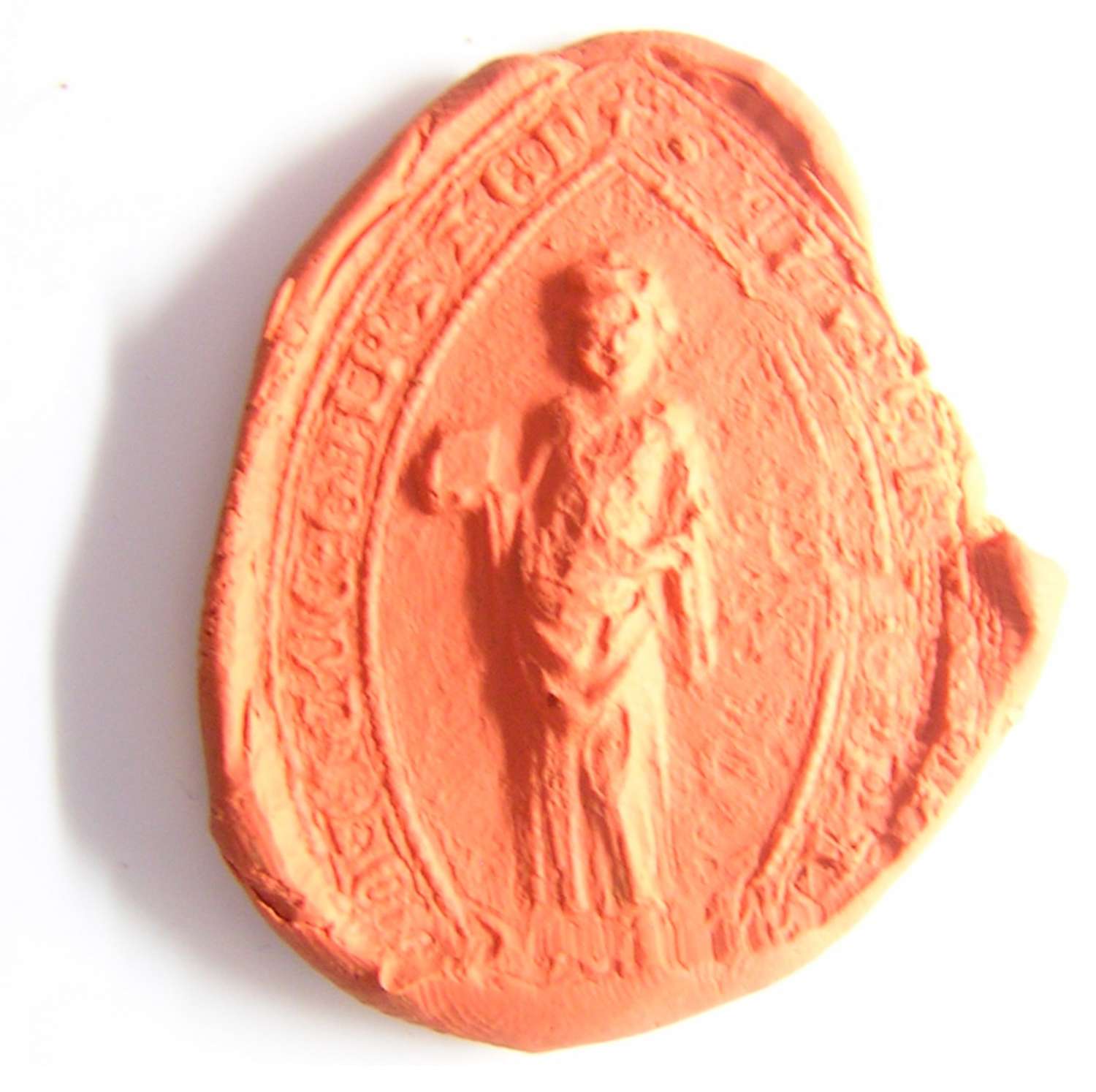